Jean Arp was born Hans Arp on September 16, 1886, in Strasbourg. In 1904, after leaving the École des Arts et Métiers, Strasbourg, he visited Paris and published his poetry for the first time. From 1905–07, Arp studied at the Kunstschule, Weimar and in 1908 went to Paris, where he attended the Académie Julian. In 1909, he moved to Switzerland and in 1911 was a founder of the Moderner Bund group there. The following year, he met Robert and Sonia Delaunay in Paris and Wassily Kandinsky in Munich.

Arp participated in the Erste Deutsche Herbstsalon in 1913 at the gallery Der Sturm, Berlin. After returning to Paris in 1914, he became acquainted with Guillaume Apollinaire, Max Jacob, Amedeo Modigliani and Pablo Picasso. In 1915, he moved to Zurich, where he executed collages and tapestries, often in collaboration with his future wife Sophie Taeuber (who became known as Sophie Taeuber-Arp after they married in 1922).

In 1916, Hugo Ball opened the Cabaret Voltaire, which was to become the center of Dada activities in Zurich for a group that included Arp, Marcel Janco, Tristan Tzara, and others. Arp continued his involvement with Dada after moving to Cologne in 1919. In 1922, he participated in the Kongress der Konstruktivisten in Weimar and the Exposition Internationale Dada at Galerie Montaigne in Paris. Soon thereafter, he began contributing to magazines such as Merz, Mécano, De Stijl and later, to La Révolution surréaliste.

Arp’s work appeared in the first exhibition of the Surrealist group at the Galerie Pierre, Paris in 1925. In 1926, he settled in Meudon, France. In 1931, Arp was associated with the Paris based group Abstraction-Création and the periodical transition. Throughout the 1930s and until the end of his life, he continued to write and publish poetry and essays. In 1942, he fled Meudon for Zurich after which he was to make Meudon his primary residence again in 1946. The artist visited New York in 1949 on the occasion of his solo show at Curt Valentin’s Buchholz Gallery. In 1950, he was invited to execute a relief for the Harvard Graduate Center in Cambridge, Massachusetts. In 1954, Arp received the Grand Prize for Sculpture at the Venice Biennale. A retrospective of his work was held at the Museum of Modern Art, New York in 1958, followed by another at the Musée National d'Art Moderne, Paris in 1962. Arp died on June 7, 1966, in Basel. 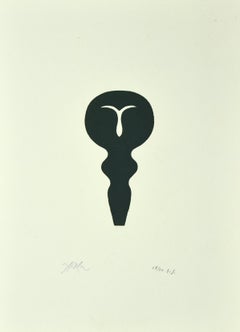 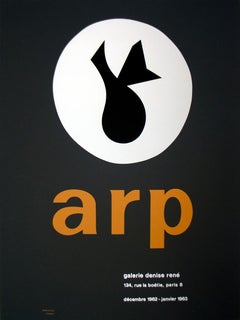 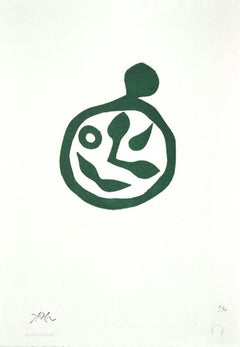 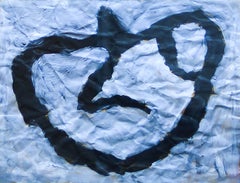 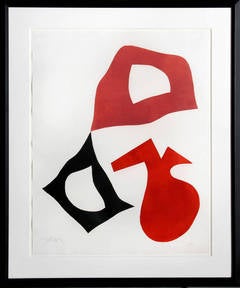 H 25.5 in. W 20 in.
Constellation II
By Jean Arp
Located in Fairlawn, OH
Signed and numbered in pencil Edition: 280, this one of 200 on velin d'Arches paper (77/200) Published by Guilde de la Gravure a Geneve Note: An impression of this image is in the...
Category 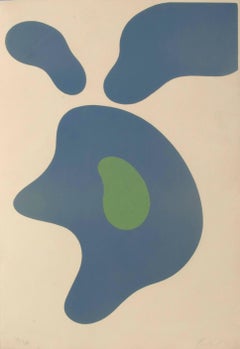