Luigi Lucioni was an Italian-born American painter. Lucioni lived and worked mainly in New York City, but also spent time working in Vermont. His still lifes, landscapes and portraits were known for their realism, precisely drawn forms and smooth paint surface. Like many of his fellow Regionalists, Lucioni’s work was marketed through Associated American Artists in New York. In 1915, Lucioni won a competition which allowed him to attend The Cooper Union. Lucioni had his first one-man show in New York in 1927 at the Ferargil Galleries. Lucioni was still in his mid-20s and within a short time won recognition, primarily through his still-life painting, as one of this country's most adept and successful artists. During the Depression, when other artists, especially the young and unestablished, found it extremely difficult to earn a living from their art, Lucioni could not produce his exquisitely composed, meticulously finished canvases quickly enough to satisfy the demand. Private collectors and public institutions across the country, including the Fogg Art Museum and the San Diego Museum of Art, acquired examples of his work, often while they were still hanging on the walls of his gallery in New York. Featured in group shows from Dallas to Milwaukee and Memphis, Lucioni cultivated and maintained a truly national reputation. In 1932, Lucioni had his first one-man show in Boston and scored a tremendous coup when The Metropolitan Museum of Art purchased his luminous Dahlias and Apples. Suddenly, Lucioni's name was in the headlines of the art pages. This is believed to be the first time an artist of Lucioni's years has been represented at the Metropolitan. It was reported in the New York Herald Tribune. "Painted with real skill and a modern feeling for composition, it is viewed as a characteristic and excellent work of the young painter."

(Biography provided by Stone and Press Gallery)
Applied Filters7 results
Artist:Luigi Lucioni
to
Item Location
7
1
5
2
4
1
2
Overall Height
to
Overall Width
to
5
1
7
1
1
1
7
11,723
3,160
2,531
1,923
4
3
3
1
1
Shadows in Lombardy
By Luigi Lucioni
Located in New York, NY
Painter and printmaker, Luigi Lucioni was known for his portraits, still life paintings, and his landscapes of Vermont and Italy. This village scene of Lombardy is classic Lucioni. I...
Category 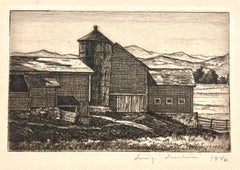 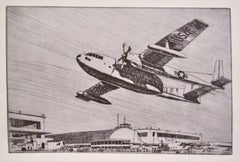 Boy in the woods
Located in New York, NY
Category

bernard-sanders
Boy in the woods, 1925, about