Sidney Jonas Budnick was born and raised in New York and earned his bachelor of arts degree at the IIT Institute of Design. While there, he studied under László Moholy-Nagy, the founding director of the New Bauhaus and head of the School of Design (renamed the Institute of Design in 1944). In 1952, he completed his master of architecture degree at the Harvard Graduate School of Design, studying under Walter Gropius, the founder of the Bauhaus school in Germany.

While living in New York, Budnick met the Dutch artist Piet Mondrian. He was greatly influenced by Mondrian's work and the De Stijl art movement. Budnick studied under Hans Hofmann, an Abstract Expressionist artist and teacher, and was friends with Harry Holtzman and Carl Holty, founders of the American Abstract Artists group. He also was encouraged by Hilla von Rebay, the artistic advisor for Solomon R. Guggenheim. In 1939, Guggenheim and Rebay opened the Museum of Non-Objective Painting, later named the Solomon R. Guggenheim Museum. Rebay supported many artists, including Sidney Budnick, by hiring them as support staff at the museum. Some of Budnick's early work is classified with other works of the Museum of Non-Objective Painting. His work was included in an exhibition organized by Katharine Kuh at the Art Institute of Chicago in 1948, entitled "American Abstract and Surrealist Art." His work is included in the collections of the Guggenheim Museum, the Museum of Modern Art and the J. Donald Nichols collection. Although Sidney Budnick earned his living as an architect in California, supporting his wife and three children, he painted throughout his life until he died in 1994 in Oregon. 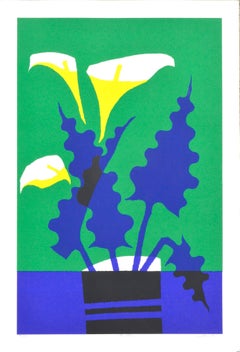 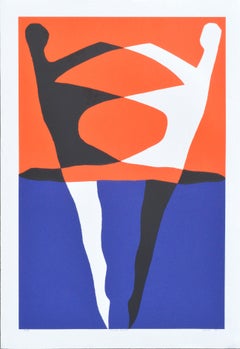 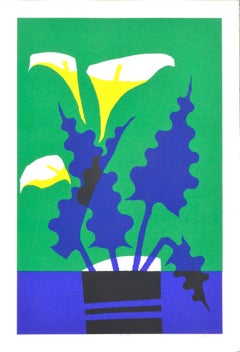 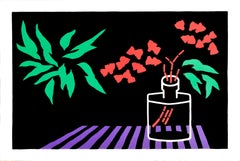 Portrait of a Man with a Bowtie
By Michael Pauker
Located in Soquel, CA
Category

Michael Pauker
Portrait of a Man with a Bowtie, circa 1970s