Tayo Heuser was born in Washington D.C. but raised in North, East and West Africa. She returned to the United States to attend college at the Rhode Island School of Design. As a child in Tunisia, she wandered the Roman ruins in Carthage admiring the vast expanses of the Roman marketplace and baths along with the Roman mosaics still embedded into the ground. The Great Mosque of Kairouan with its endless horseshoe arches and Islamic tiles formed an indelible visual memory of geometric design, thus, beginning her interest in geometry entailed in creating patterns that would continue to inform her artwork. Her voyages through the Sahara exposed her to the night sky and an infinite horizon. The other end of the spectrum from the stillness of the desert would be in the Ivory Coast. Heuser would revel in the vibrant color of the textiles worn by the Ivorian people along with the varied and abundant vegetation. Her identity transcends her geography and political borders. Heuser's art rests in a meditative space throughout her process and gains insight into an unconscious world where colors and geometric forms emerge. Her paintings are like portals in that they represent a world of infinite possibilities that allow for reflectivity and timeless tranquility. They create a heightened perception of the world we live in, delving into untouched levels of reality. Heuser considers her paintings as passageways between her interior and exterior worlds akin to a spiritual excavation. She addresses the central theme of cosmic balance between light and darkness, spirit and matter. Her paintings embody energies that are released during these moments of profound solitude and quietude. Heuser had a yearlong solo long exhibition at the Phillips Collection in Washington D.C. Recent solo exhibitions (2018) were at The UMass Dartmouth Gallery, MA, The Jamestown Art Center in RI (2016) and the Roger Williams University Gallery in Bristol, RI (2014). Group exhibitions include The Weatherspoon Museum, the Rhode Island School of Design Museum, the University Art Museum at Long Beach California and the Chazen Museum of Art. Her work has been exhibited internationally, most recently at the Chateau de Fernelmont in Belgium. Heuser was awarded residencies with the BAU nchorInstitute, the Women's Studio Workshop and a travel grant from Roger Williams University to study papermaking in Japan. She was a Louis Comfort Tiffany Award nominee. Heuser’s work is in the permanent collection of The RISD Museum, Providence RI, The Weatherspoon Museum, Greensboro, NC, The Hammer Museum Los Angeles, CA, and The Phillips Collection, Washington D.C. Other collections include the American Embassy in Jeddah, Saudi Arabia, the Leeds Foundation Philadelphia, PA, the Werner Kramarsky Collection NYC. Heuser’s work has been featured in publications including, The Los Angeles Times, The Boston Globe, Art New England, Artscope, The Boston Herald, La Libre Magazine, Le Soir and the Washington Post.

(Biography provided by ODETTA)
Applied Filters7 results
Artist:Tayo Heuser
to
6
Item Location
7
7
5
2
Overall Height
to
Overall Width
to
5
7
7
11,840
3,163
2,531
1,927
7
5
5
5
2
Tayo Heuser, Transverse Wave, 2016, ink on wood, Geometric Abstraction, Meditate
By Tayo Heuser
Located in Greenwich, CT
By developing a geometry between line and the spaces in between in their work, the abstract paintings of Tayo Heuser create a point of departure for the mind into a spiritual consci...
Category 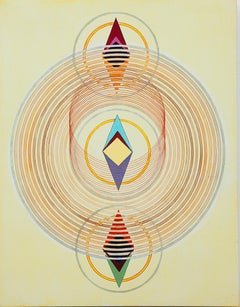 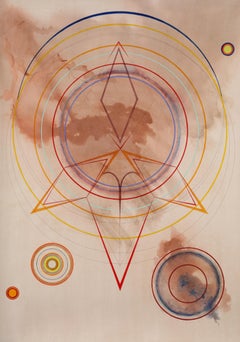 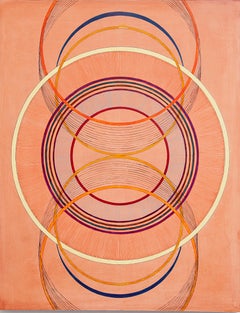 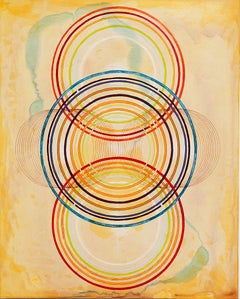 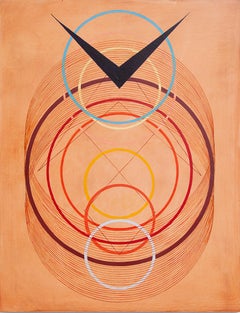 Previously Available Items
Tayo Heuser, Spinning Time, 2016, ink on wood panel, 18" x 14" x .75"
By Tayo Heuser
Located in Greenwich, CT
By developing a geometry between line and the spaces in between in their work, the abstract paintings of Tayo Heuser create a point of departure for the mind into a spiritual consci...
Category