Saint Laurent pioneered “cross-design” in fashion, taking inspiration from street trends to modernize haute couture. He was the first couturier to open boutiques for both men and women. Using traditional menswear fabrics and designs for women, he also literally cross-dressed, giving men and women alike chic pant suits, elegant tuxedo jackets and urban safari gear. By blurring gender-specific design, he empowered individual style while creating a scissor-sharp fashion aesthetic of sensual ease and beauty. Many of his designs are today considered timeless classics. Saint Laurent also consistently used Black models, like Mounia, Iman and Naomi Campbell, and he drew endless inspiration from different ethnicities and cultures, in no small part because of his Algerian roots.

After a mandated spell in the torturous French military, Saint Laurent suffered a nervous breakdown and was dismissed by Dior in 1962. Out of the ashes rose the Age of Yves. With Pierre Bergé, his then-lover who became his lifelong business partner and friend, the designer founded Yves Saint Laurent YSL to encompass prêt-à-porter, or ready-to-wear. In 1966, they opened the first YSL Rive Gauche women’s boutique in Paris — Rive Gauche is French for “left bank” — followed soon thereafter by YSL Rive Gauche for men. Ready-to-wear materialized during a period of dynamic transformation and experimentation and came to dominate the Paris fashion scene. Saint Laurent had given birth to a global brand. 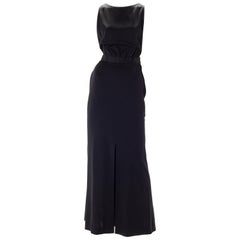 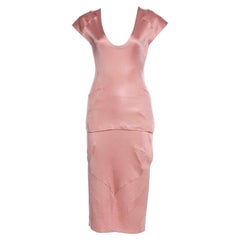 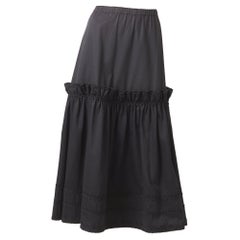 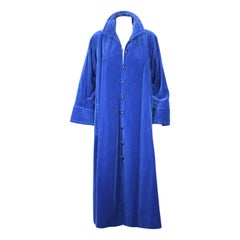 Find an extraordinary range of authentic Rive Gauche Yves Saint Laurent style on 1stDibs. If you’re browsing our collection of unique vintage and designer fashion to elevate your daily look or to introduce new colors to the dazzling formal wear in your wardrobe, this designer’s body of work includes elements of red, purple, pink and other tones. Most of the items here were designed during the 20th Century, but you can find examples that were created as recently as the 21st Century and Contemporary. Customers interested in this designer might also find the work of Bill Blass, Karl Lagerfeld and Issey Miyake appealing. 1stDibs features haute couture, vintage and designer Yves Saint Laurent Rive Gauche fashion from top boutiques around the world. On 1stDibs, the price for these items starts at $110 and tops out at $50,000, while the average work can sell for $850.