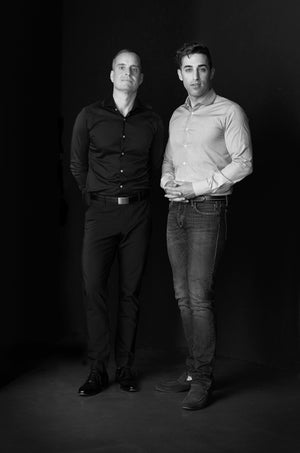 FORM Design Studio strives to be an arbiter of taste and holistic living, blending the line between what is beautiful and what sustains. We hope to evolve the principle that “form follows function” such that neither should suffer the role of leader nor follower; rather, the relationship becomes harmonious, cyclical and seamless.

FORM Design Studio is the collaboration of Emmy award winning designer Joshua Rose and Chinese medical practitioner Rafael Kalichstein. Joshua’s years in visual effects and production design for film and television offer a unique and unparalleled perspective in the field of design. Rafael has had a nearly twenty-year journey in the world of Eastern healing and later became a certified practitioner of Black Hat Feng Shui, which practice he integrates into his design work.

Joshua and Rafael believe that spaces speak. In order for a design to succeed, it is imperative that the designer listen.