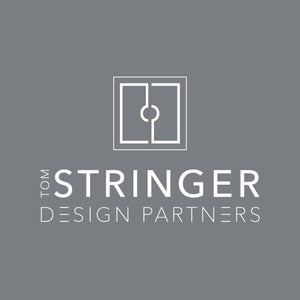 Tom Stringer founded his eponymous multi-disciplinary firm more than 20 years ago in Chicago to conceive and deliver unique design solutions for residences, restaurants, and yachts around the globe. Stringer’s design approach is externally inspired and internally driven, largely informed by his great life passion for exotic travel. Every year Stringer visits a new corner of the earth for both personal adventure and professional inspiration. Filtering his experiences through the prism of design allows him to bridge styles and cultures, expanding his imagination into innovative layers of colors, textures, and function. With the same energy that inspires his own love of travel and collecting, Stringer and his creative team bring this rigorous planning, enthusiasm, and joy of discovery to the comfortably glamorous homes they create.

Stringer recently released his first book, An Adventurous Life: Global Interiors by Tom Stringer, a compendium of his world travels, personal photography and observations intermingled with over half a dozen of his most unique projects.

Inducted into the Merchandise Mart Hall of Fame for Interior Design in 2015 and named to House Beautiful Top 100 Interior Designers since 2003, Stringer and his firm have been widely lauded for their classical, contemporary designs, including seventeen design excellence awards from the American Society of Interior Designers.

Stringer and his team of professionals, all highly qualified in design, architecture, and project management, are headquartered in a chic office on Chicago’s Magnificent Mile.