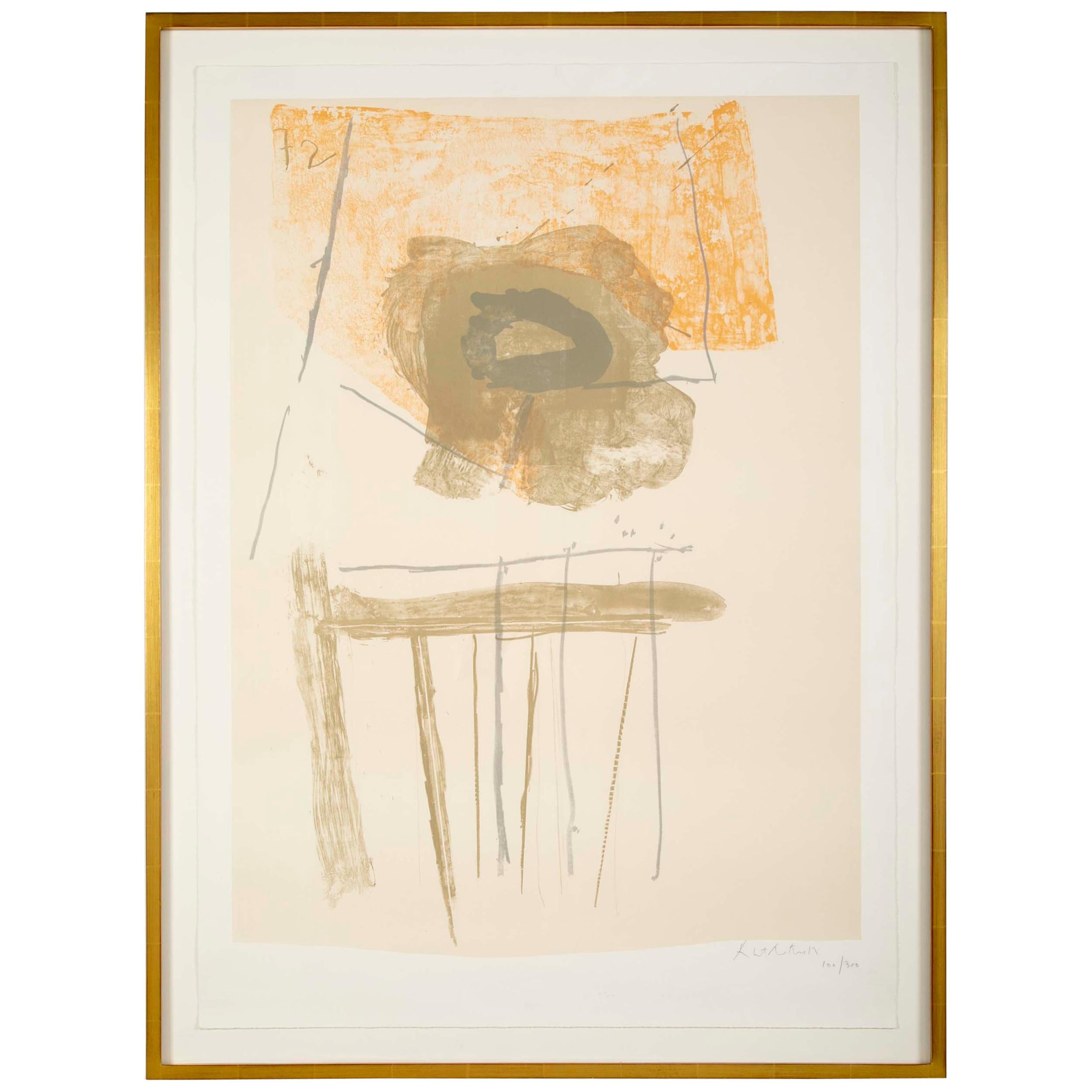 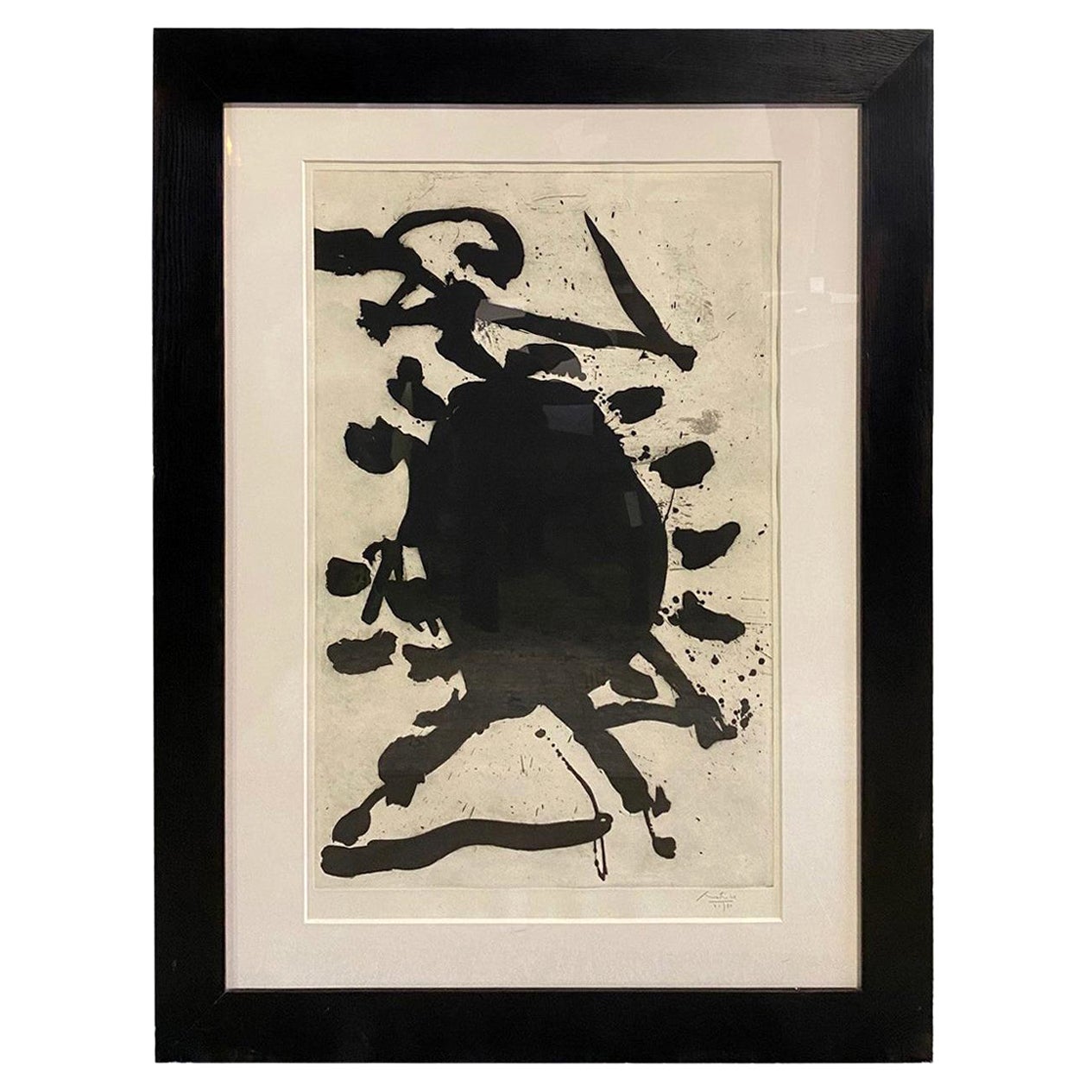 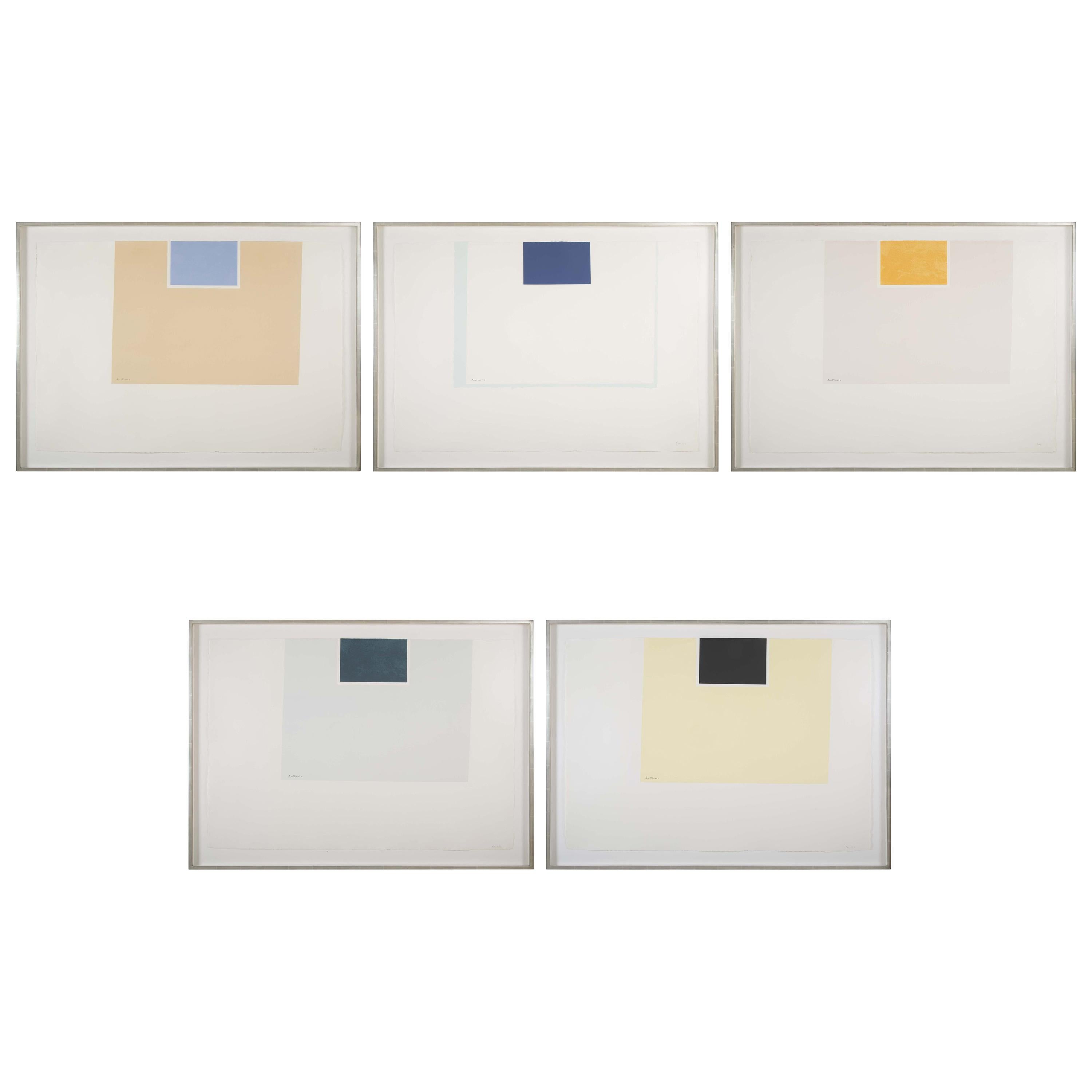 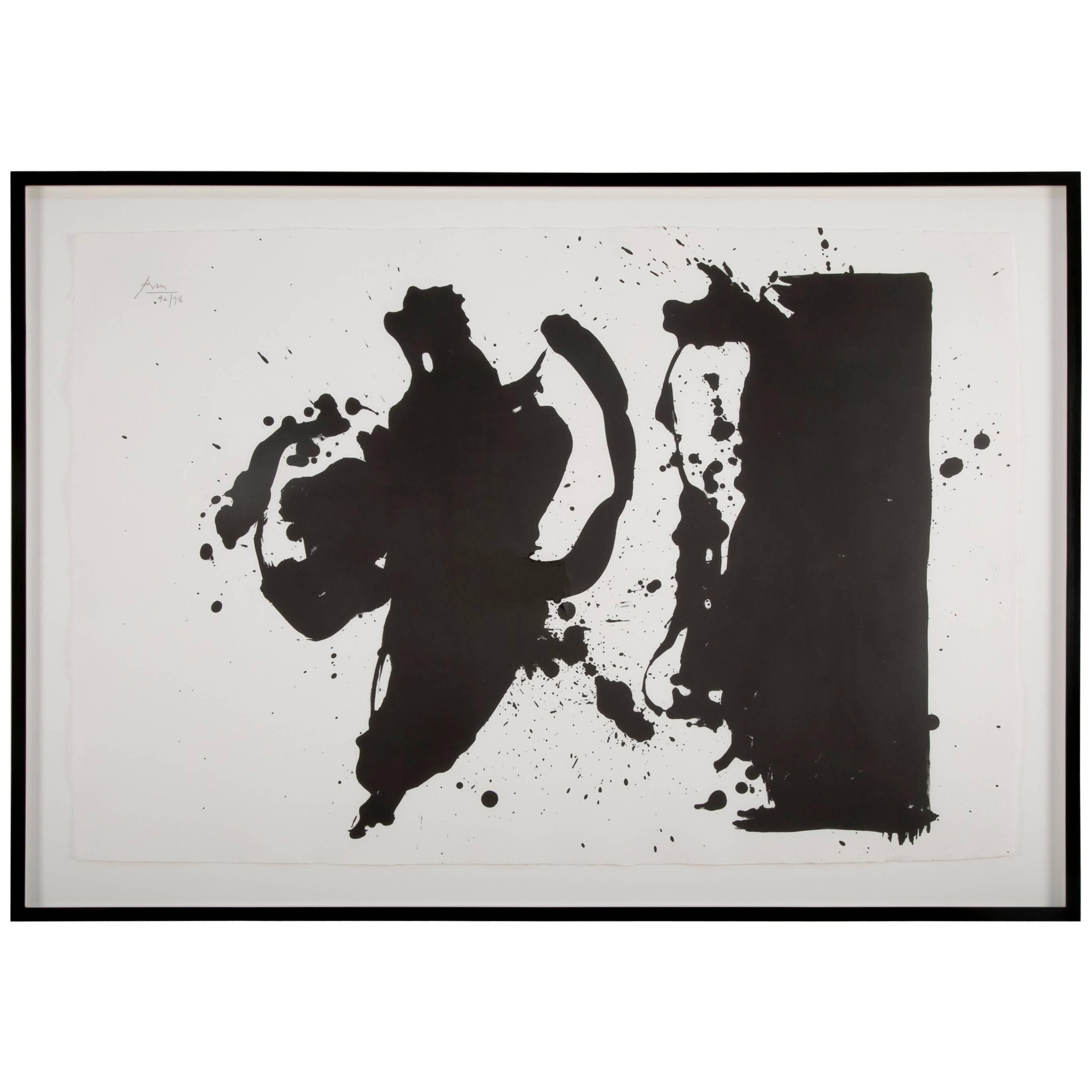 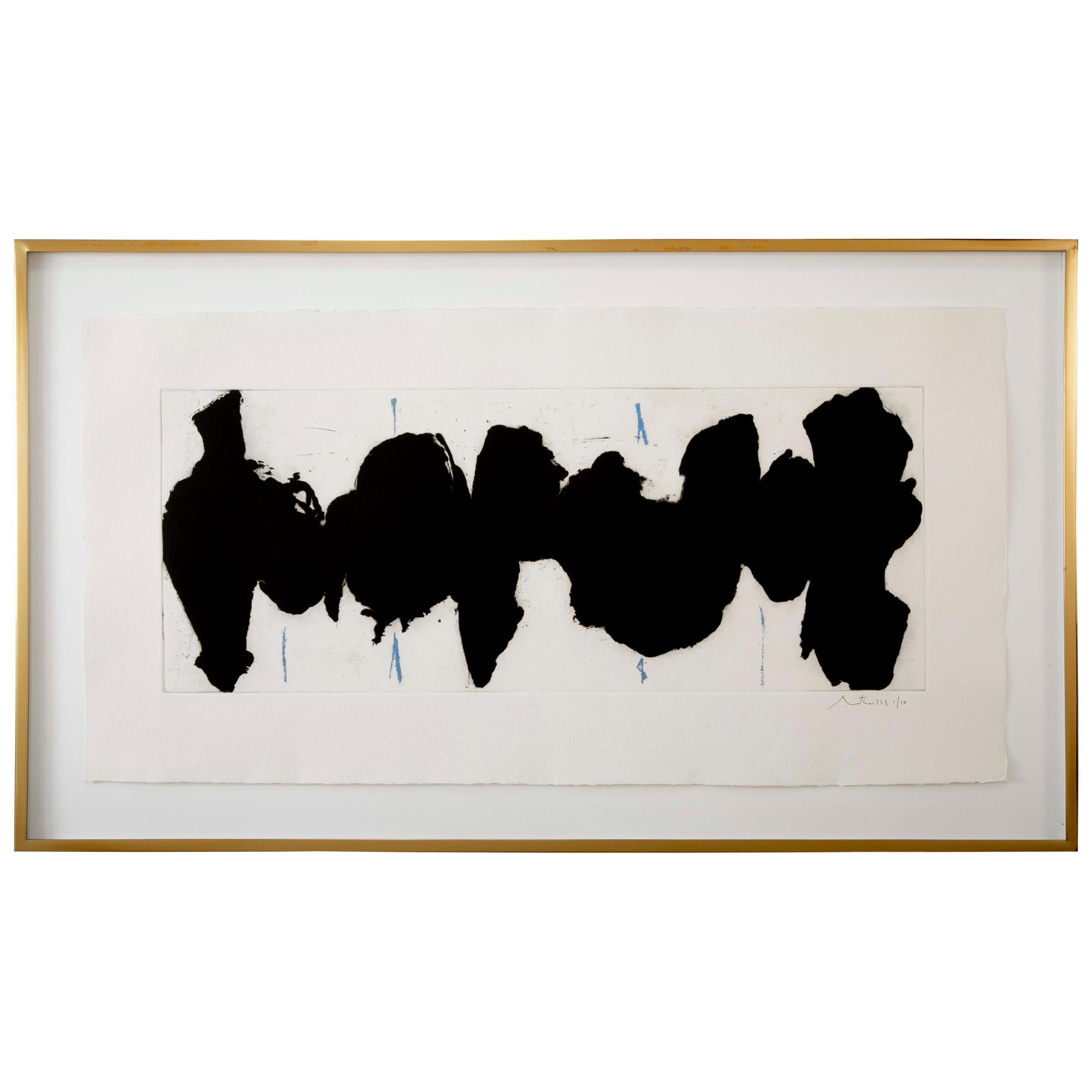 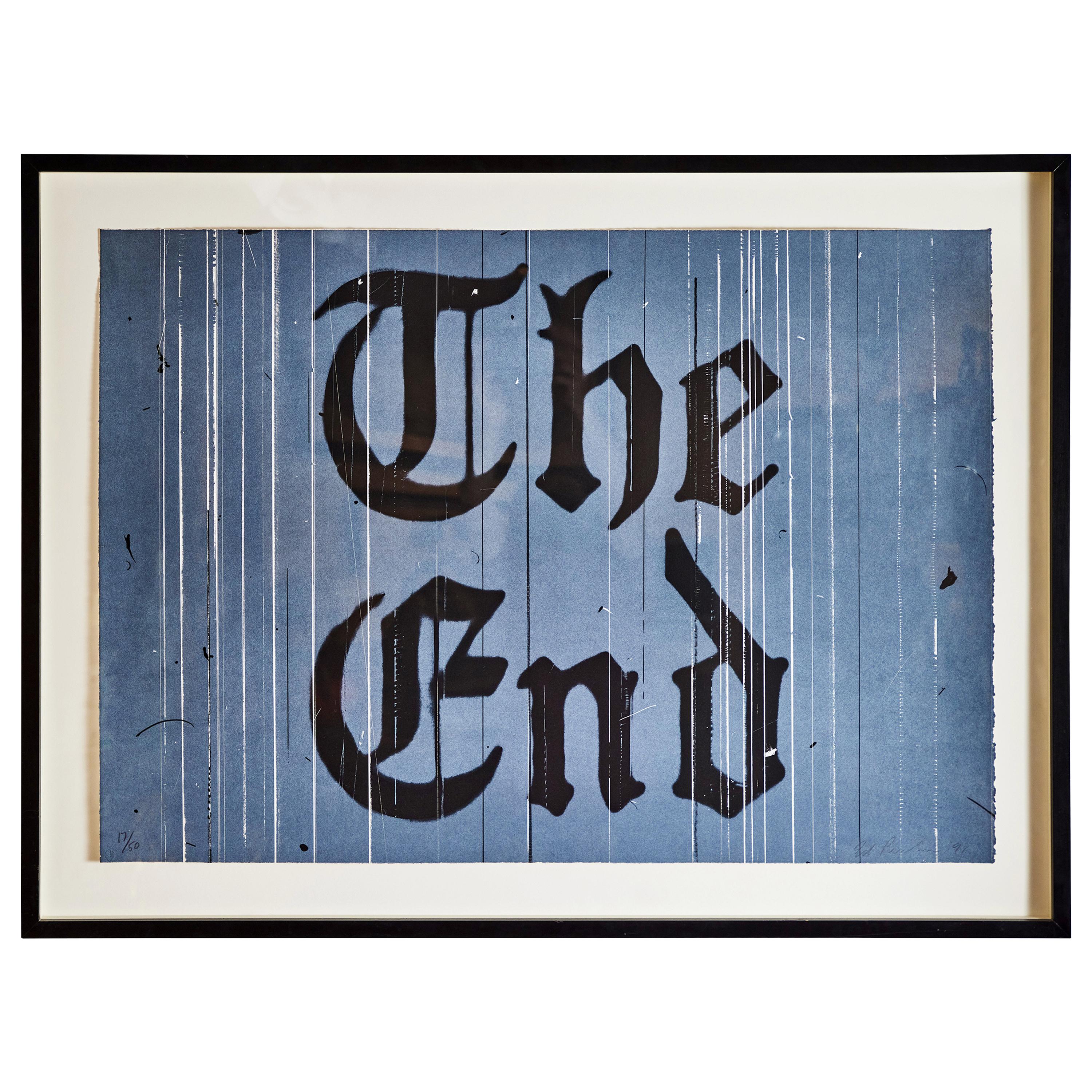 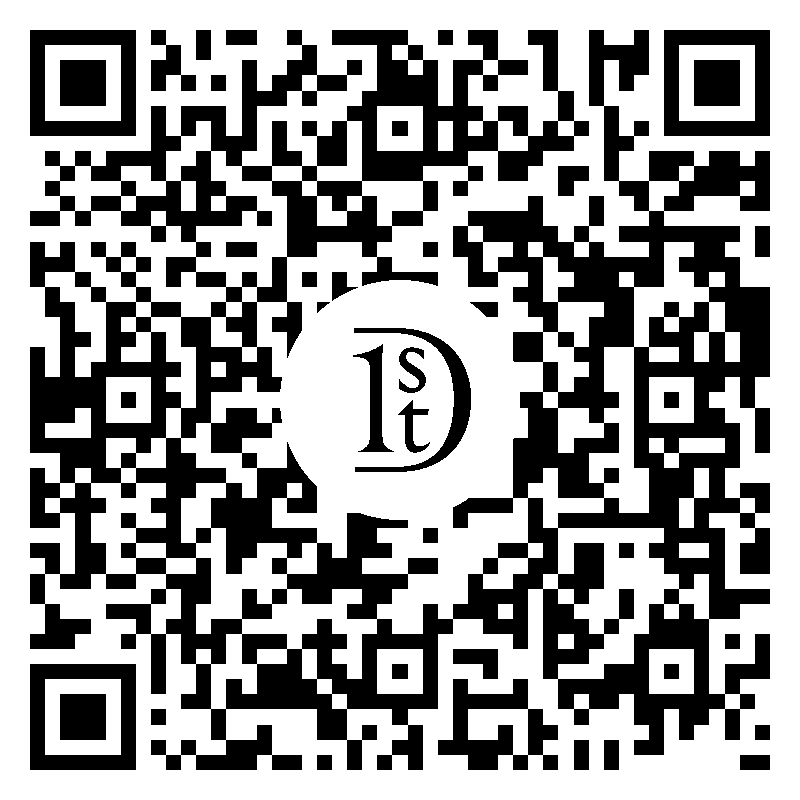 "Elegy Study I" - Signed and annotated P.P.II, 1989 lithograph in colors on light brown, TGL handmade paper by iconic American artist, Robert Motherwell (1915-1991). From an edition of 50 and 20 artist’s proofs. Paper size: 39.125 inches High x 61.375 inches Wide From The Guggenheim: Robert Motherwell was born January 24, 1915, in Aberdeen, Washington. He was awarded a fellowship to the Otis Art Institute in Los Angeles at age 11, and in 1932 studied painting briefly at the California School of Fine Arts in San Francisco. Motherwell received a B.A. from Stanford University in 1937 and enrolled for graduate work later that year in the Department of Philosophy at Harvard University, Cambridge, Massachusetts. He traveled to Europe in 1938 for a year of study abroad. His first solo show was presented at the Raymond Duncan Gallery in Paris in 1939. In September of 1940, Motherwell settled in New York, where he entered Columbia University to study art history with Meyer Schapiro, who encouraged him to become a painter. In 1941, Motherwell traveled to Mexico with Roberto Matta for six months. After returning to New York, his circle came to include William Baziotes, Willem de Kooning, Hans Hofmann, and Jackson Pollock. In 1942, Motherwell was included in the exhibition First Papers of Surrealism at the Whitelaw Reid Mansion, New York. In 1944, Motherwell became editor of the Documents of Modern Art series of books, and he contributed frequently to the literature on Modern art from that time. A solo exhibition of Motherwell’s work was held at Peggy Guggenheim’s Art of This Century gallery, New York, in 1944. In 1946, he began to associate with Herbert Ferber, Barnett Newman, and Mark Rothko, and spent his first summer in East Hampton, Long Island. This year, Motherwell was given solo exhibitions at the Arts Club of Chicago and the San Francisco Museum of Art, and he participated in Fourteen Americans at the Museum of Modern Art in New York. The artist subsequently taught and lectured throughout the United States, and continued to exhibit extensively in the United States and abroad. A Motherwell exhibition took place at the Kunsthalle Düsseldorf, the Museum des 20. Jahrhunderts, Vienna, and the Musée d’Art Moderne de la Ville de Paris in 1976–77. He was given important solo exhibitions at the Royal Academy, London, and the National Gallery of Art, Washington, D.C., in 1978. A retrospective of his works organized by the Albright-Knox Art Gallery, Buffalo, New York, traveled in the United States from 1983 to 1985. From 1971, the artist lived and worked in Greenwich, Connecticut. He died July 16, 1991, in Cape Cod, Massachusetts. 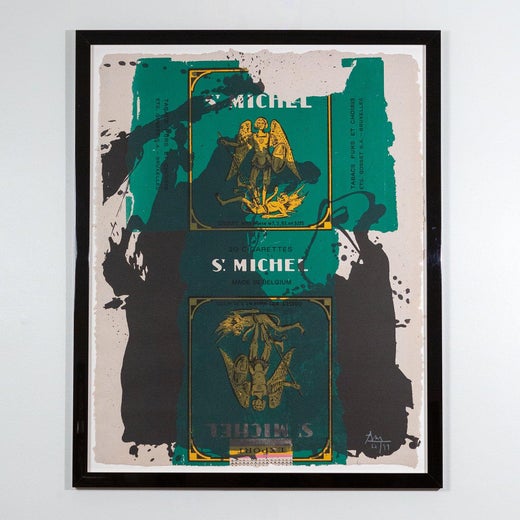 About the Seller
4.8
Located in Newport Beach, CA
Vetted Seller
These experienced sellers undergo a comprehensive evaluation by our team of in-house experts.
Established in 2000
1stDibs seller since 2008
56 sales on 1stDibs
Typical response time: 1 hour
More From This Seller

Robert Motherwell, "Chair" Lithograph in Colors
By Robert Motherwell
Located in Stamford, CT
"Chair' was printed using three lithography stones and one aluminum plate on Rives BFK paper. The work was published by Erker-Presse with their blind stamp. It was an edition of 300 ...
Category

US$27,900
Robert Motherwell Etching and Aquatint, Running Elegy ii, Blue State, 1983
By Robert Motherwell
Located in Stamford, CT
Color etching and aquatint, 1983, on Hawthorne of Larrouque handmade paper, signed and numbered 1/10 in pencil, published by the artist and with his blind stamp, with full margins. F...
Category