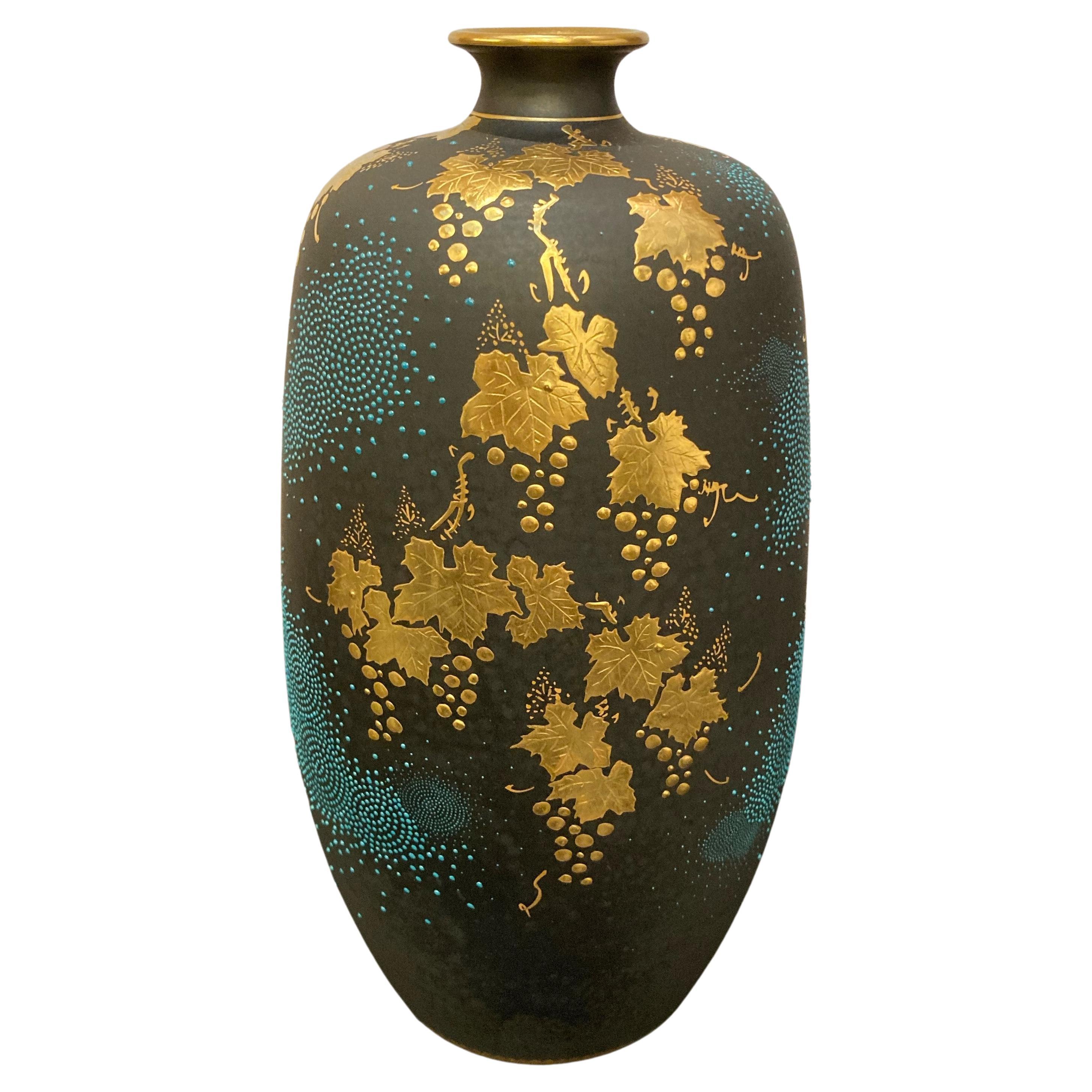 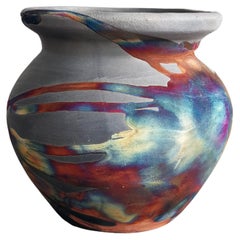 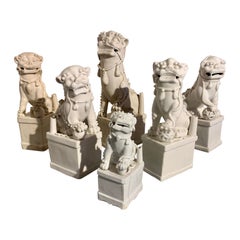 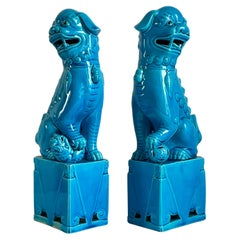 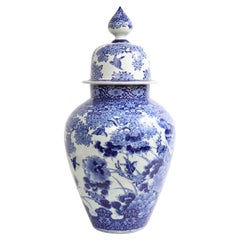 Jade Green Korean Celadon Vase with Dragon Ears Mid 20th Century
Located in Lomita, CA
This is an extraordinary jade green celadon Korean vase from the mid 20th century. The vase is baluster shape with an elongated, elegant neck. It is in excellent condition without c...
Category

Hana Mini Set Vase Raku Ceramic, Handmade Ceramic Home Decor Gift, Malaysia
By RAAQUU
Located in Petaling Jaya, MY
Hana ~ ? Flower Our Hana mini vase set contains 1 piece of each shape in the finish of your choice. Each piece is individually finished using the raku firing technique. You get...
Category

Large Chinese Porcelain Imari Charger Made Qianlong Era Circa 1760
Located in Katonah, NY
This large Chinese Imari porcelain charger dates to the Qianlong period of the Qing dynasty, circa 1760.   Finely potted with a lovely rich, glassy white glaze, the charger is hand-p...
Category

Massive Chinese Punch Bowl Hand Painted Qianlong Period, circa 1760
Located in Katonah, NY
An altogether fabulous bowl! The hand-painted Famille Rose decoration is exquisite and vibrant. Painted on the outside of the bowl are superb pink and white peonies and beautiful cl...
Category

A Set of 8 Japanese Imari Porcelain 12.5 Inch Chargers
Located in Lambertville, NJ
A rare set of eight classic hand painted Japanese Imari charges. The white porcelain with traditional cobalt blue and iron red decoration, signed on the back, each 12.5 inches in di...
Category

Pair of Chinese Vintage Jars with Oxblood Finish and Petite Lids
Located in Yonkers, NY
A pair of vintage Chinese jars from the mid 20th century, with oxblood color and lids. Created in China during the Midcentury period, each of this pair of jars features a sleek taper...
Category

Pair of Covered Green Painted Temple Jars with Lids
Located in Stamford, CT
Pair of green painted covered Asian Style temple jars with lids and pointed finials. The jars are in a glazed finish. Please note of wear consistent with age including minor chips an...
Category

Pair of Chinese Famille Rose Baluster Jars with Ancient Censers, c. 1850
Located in Chicago, IL
Beautifully commemorated on this pair of baluster jars, censers have been used for thousands of years as a part of funeral rites or prayer offerings. Filled with dried aromatic plant...
Category

Chinese Ceramic Spotted Cat Headrest, c. 1900
Located in Chicago, IL
To keep her elaborate hairstyle intact while sleeping, a well-to-do Qing-dynasty woman once used this ceramic headrest as a pillow. The headrest is shaped as a crouching house cat, w...
Category

Chinese Ming Figure of an Official

Korean Celadon Inlay Vase Goryeo Dynasty
Located in Atlanta, GA
On offer is an antique Korean ceramic vase from the end of Goryeo to the beginning of Joseon period (circa 14-15th). The vase features celadon crackled glaze with underglaze inlay de...
Category

Earthenware Pot with Tribal Motifs from Sumba Island, Indonesia, c. 1900
By Asian Style
Located in Jimbaran, Bali
An elaborate and visibly old Earthenware Pot from the Island of Sumba in Indonesia. A unique piece to add to a pottery collection or home decor. It features a range of tribal motifs ...
Category

Chinese Porcelain Plate Ching Dinasty
Located in Alessandria, Piemonte
Pure, simple, elegant, antique from '800 Ching dinasty: a bleu porcelain dish to put everywhere, to admire and to use when you wish to offer something to your guests. O/2286.
Category

Chinese Vintage Oxblood Altar Vase with Flaring Neck, Several Available
Located in Yonkers, NY
A Chinese vintage oxblood altar vase from the mid-20th century, with flaring neck. We currently have several available, priced and sold $1,300 each. Created in China during the midce...
Category

Thai Antique Bottle 15th Century / Old Vase / Southeast Asian Antiques
Located in Sammushi, JP
A bottle baked in Thailand around the 15th century. Trade with Southeast Asia has been active in Japan for a long time. Many ceramics were imported from Thailand and Vietnam. Als...
Category

Hirado Japanese Porcelain Puppy Dog
By Hirado
Located in New York, NY
Japanese Meiji period glazed porcelain figure of a puppy dog, made by Hirado Porcelain. The puppy is wearing a collar with bells. Likely made in circa 1890. In great antique conditio...
Category

Chinese Ceramic Headrest
Located in Vosselaar, BE
A Chinese unglazed ceramic headrest with lovely patina and naieve carvings on both sides. ONe geometrical and one of a fantasy beast (griffion?). These headrests are found in difform...
Category

Japanese Ancient Pottery "Haji Pottery" 300s-400s / Antique Pottery
Located in Sammushi, JP
There is "Haji pottery" in the genre of Japanese pottery. This is a general term for pottery made in ancient times in Japan. It is a pottery made for a long time from the 3rd centu...
Category

With their rich and diverse history, antique, new and vintage Asian ceramics offer colorful and sophisticated ways to add flair to any space.

Japanese pottery dates back at least 13,000 years to the Jōmon period. Pieces from the Late Jōmon era display a rope-cord pattern encircling a pot or jug. During the Muromachi period, potters created simple bowls and utensils frequently used in tea ceremonies and were made as both functional and aesthetic objects.

Ceramics made during Japan’s Meiji period, from 1868 to 1912, reflected an explosion of artistic expression propelled by new access to international trade. Details became more intricate and refined, and colors were enhanced with new glazing practices.

Chinese porcelain, meanwhile, is often identified by its shape. Each reign and dynasty had specific shapes and styles that were encouraged by the imperial ruler. During the Song dynasty, for instance, there were four dominant types of ceramic vase shapes: plum-shaped, pear-shaped, cong-shaped (tall and square) and double-gourd.

Chinese ceramics that were made during the Qing dynasty were demonstrative of an expanded artistic expression, with more delicate shapes and a focus on intricate detailing. The shapes of ceramics from this era are thinner, taller and have subtle features like a gentle flare, such as on the mallet-shaped vase.

Later, the 17th- and 18th-century interior design trend of chinoiserie brought Asian paintings and screens, textiles and other art and furniture from the continent into many European homes.

Explore an extensive range of antique, new and vintage Asian ceramics on 1stDibs to find the perfect piece for your home.