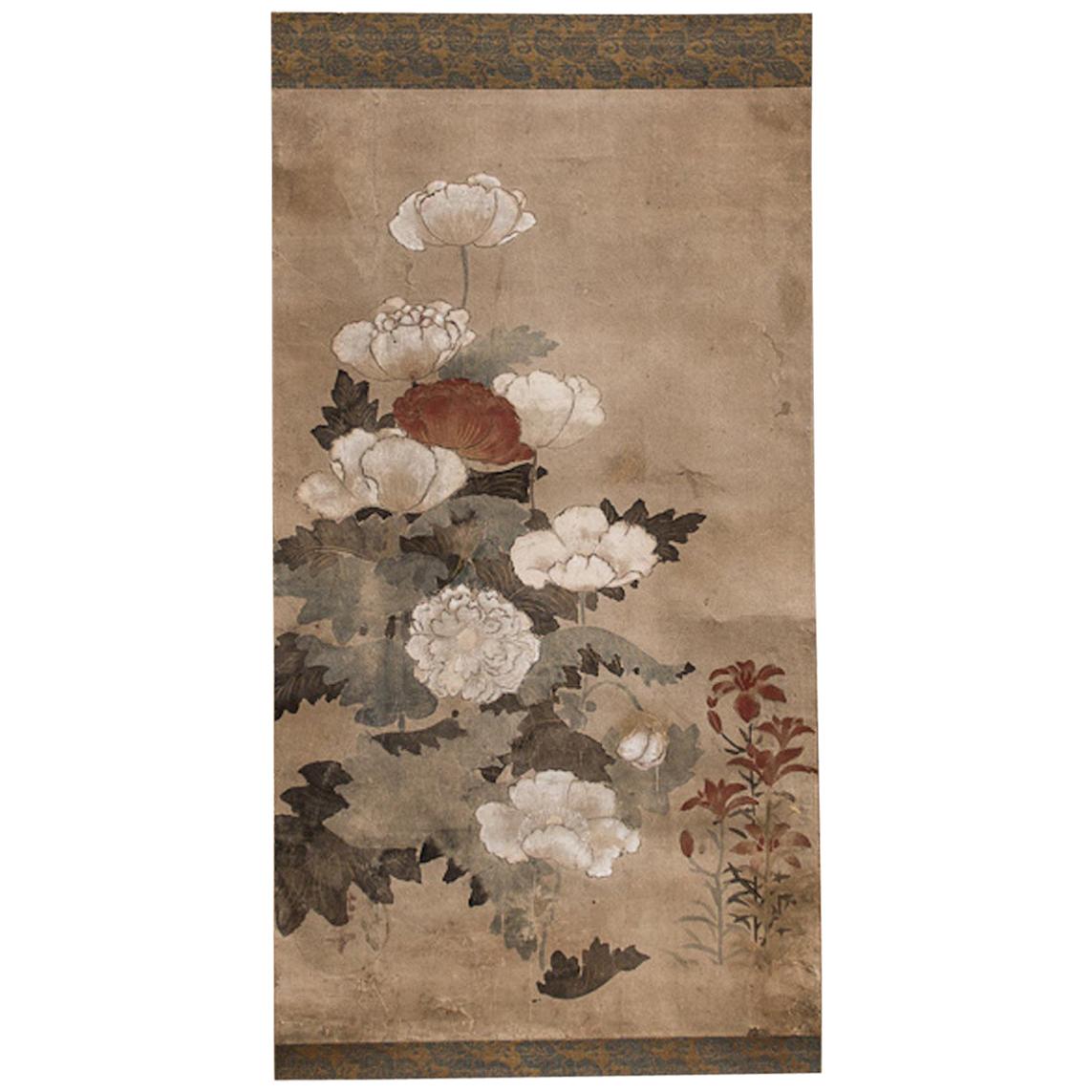 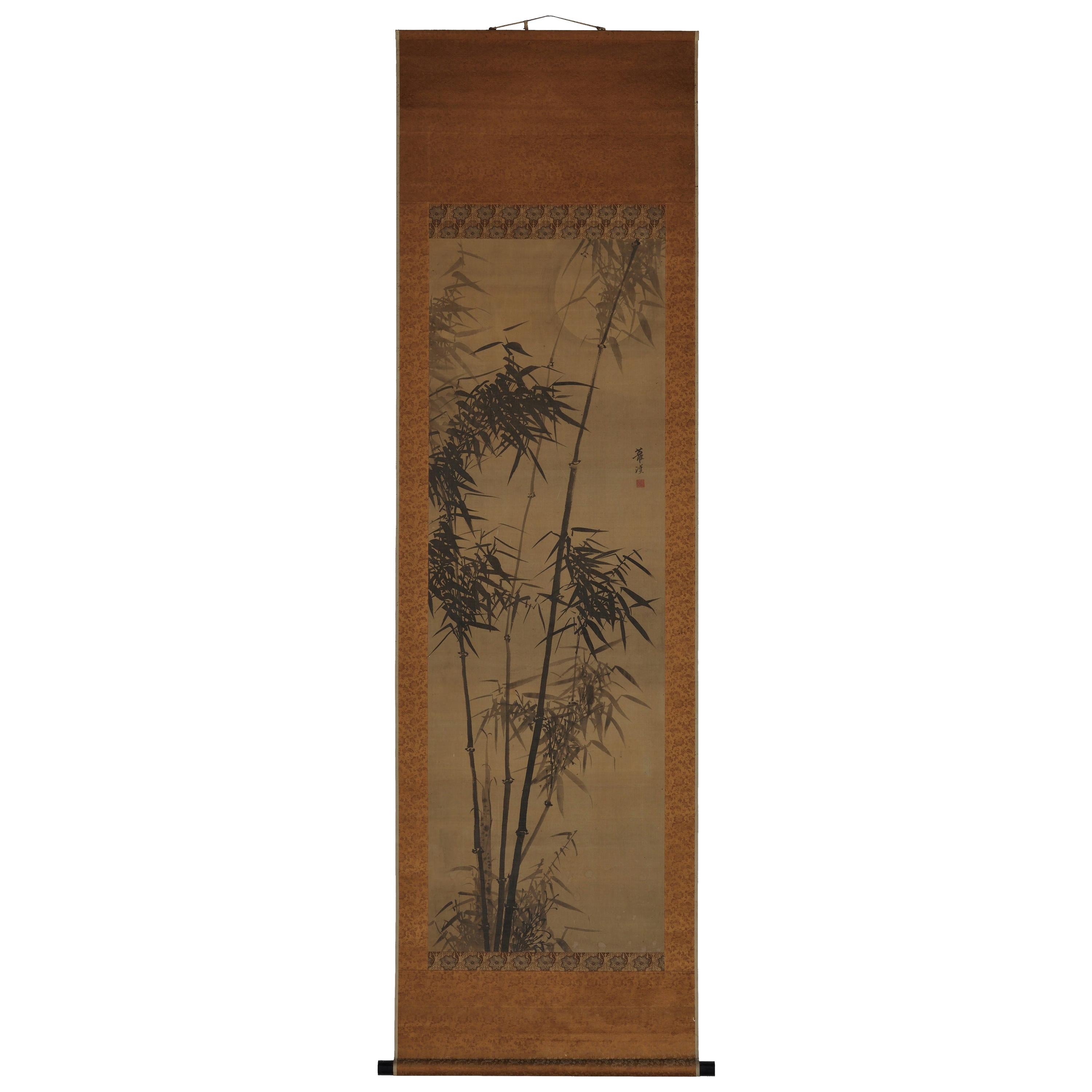 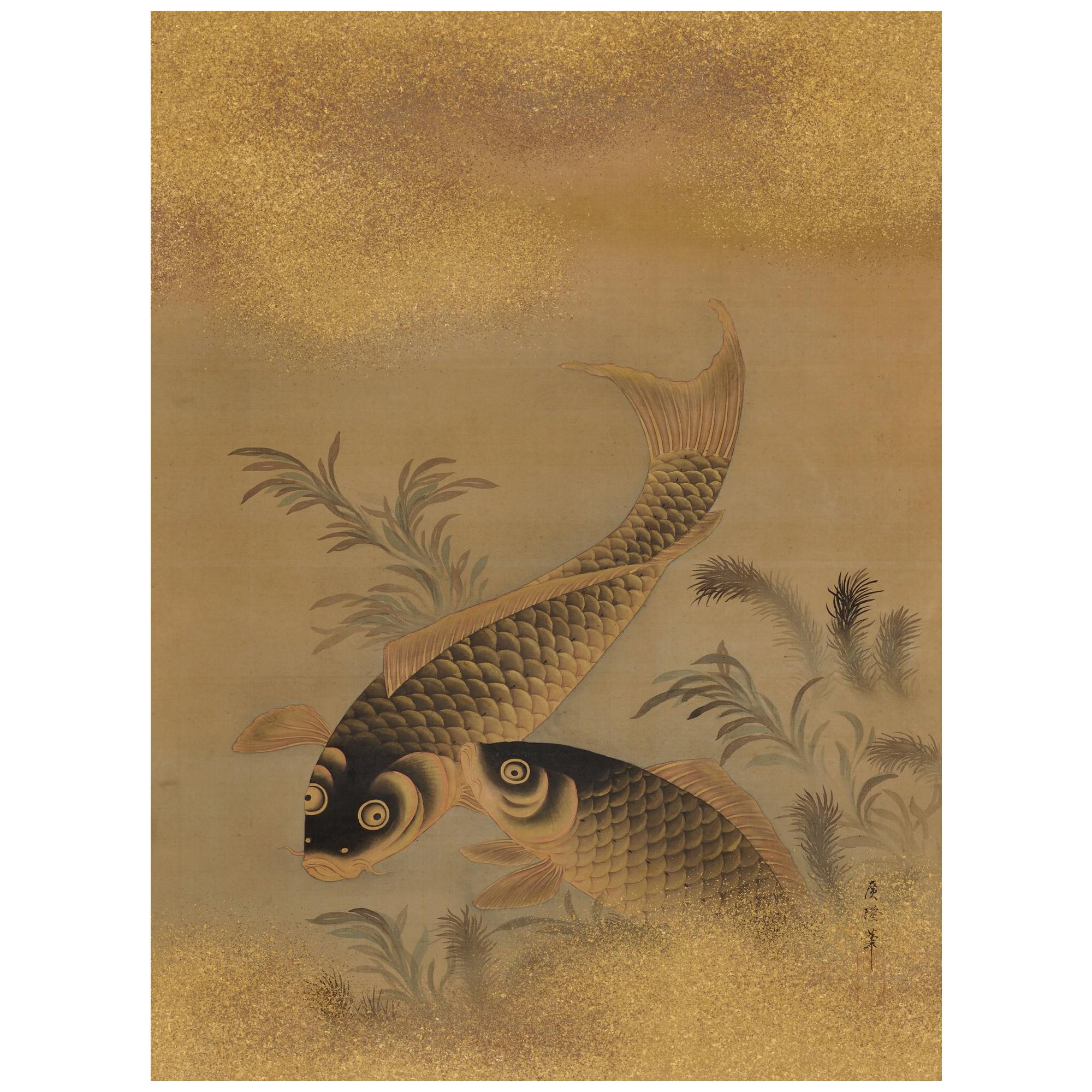 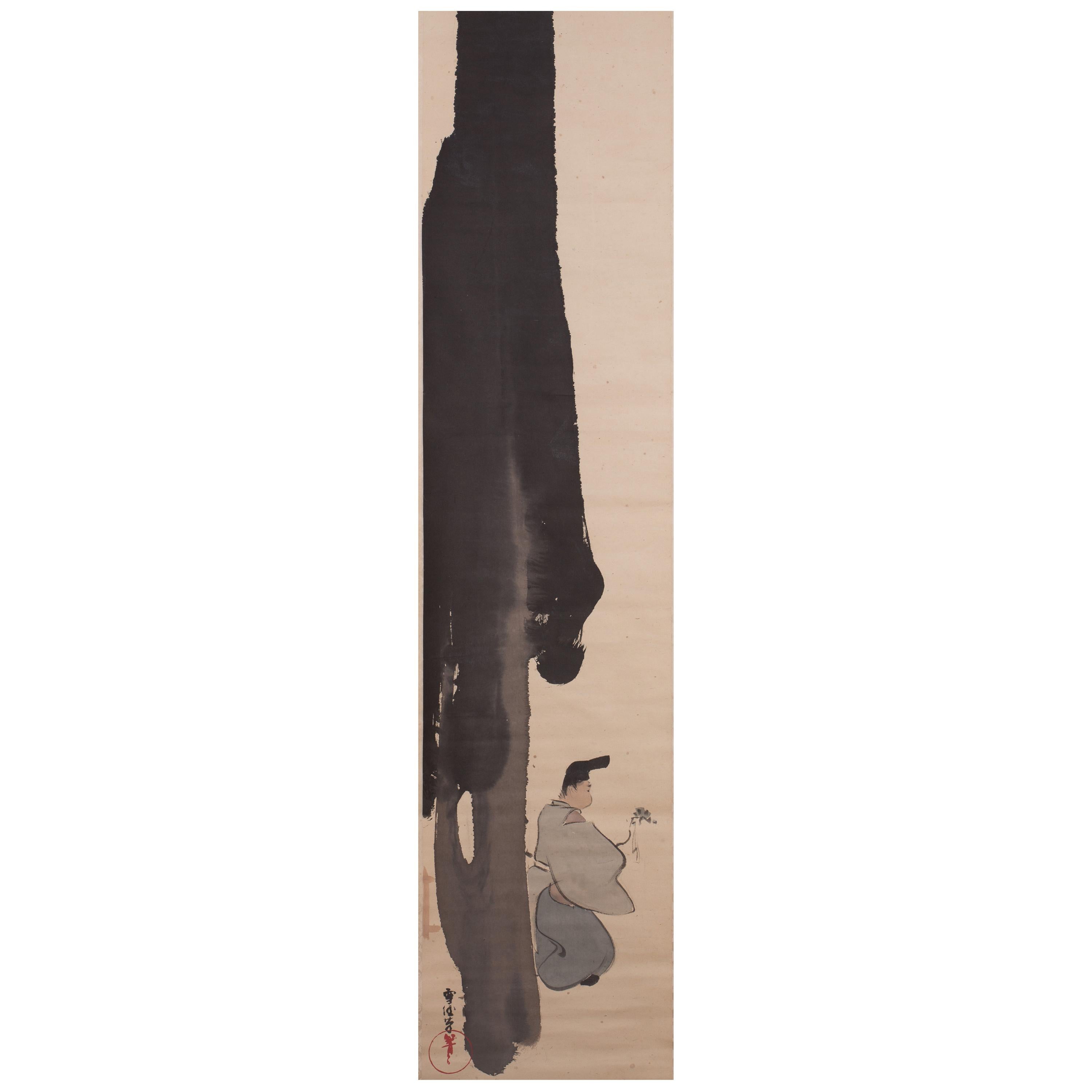 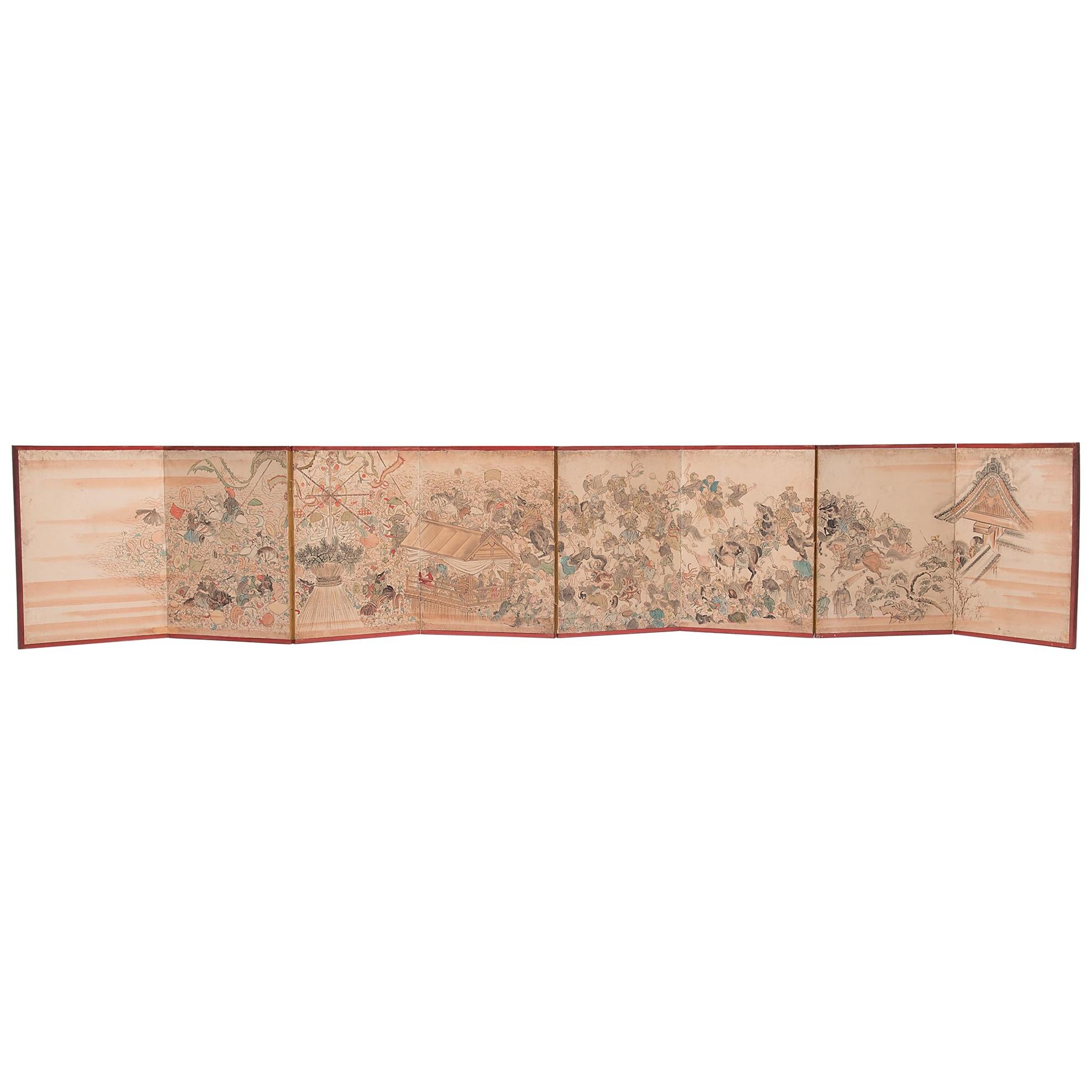 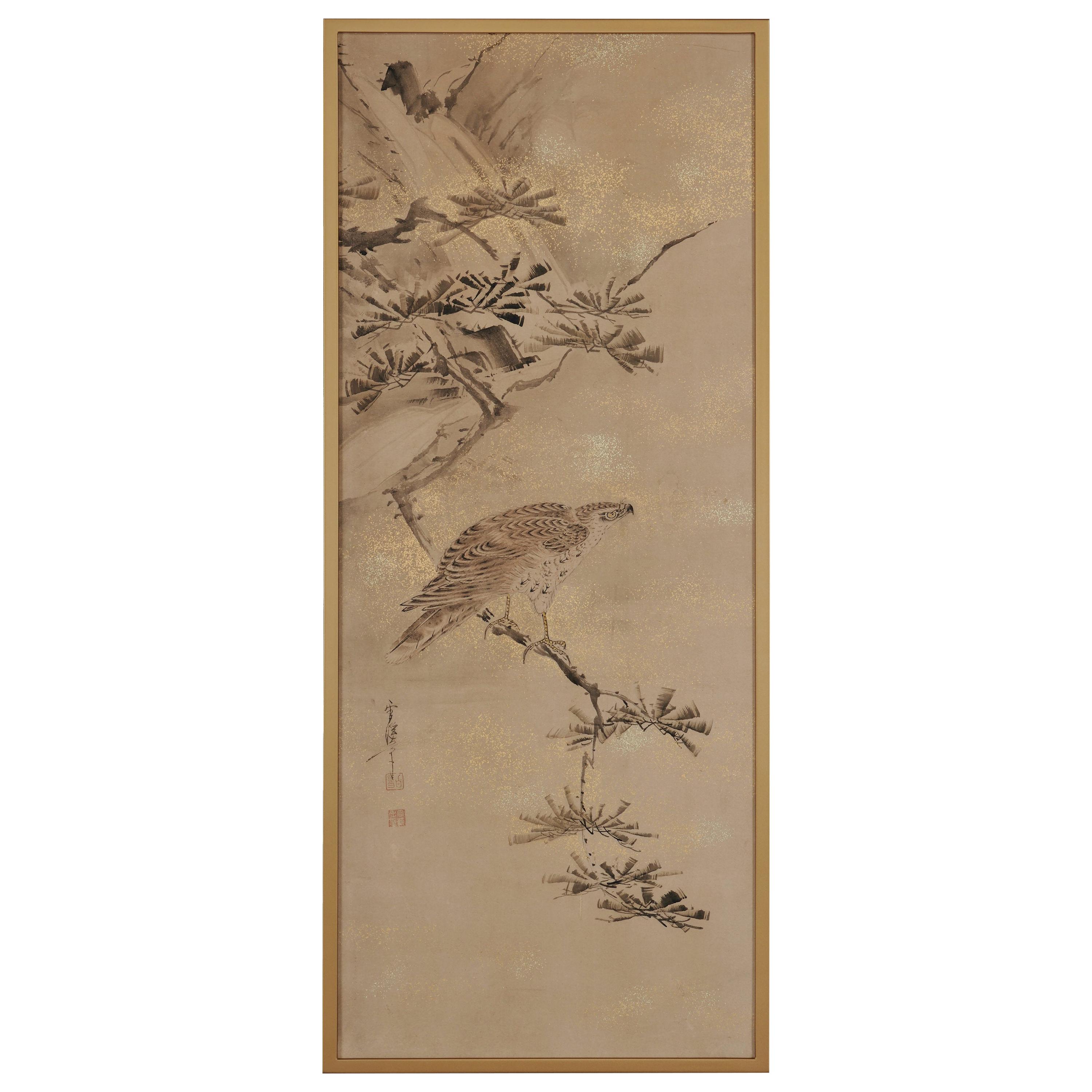 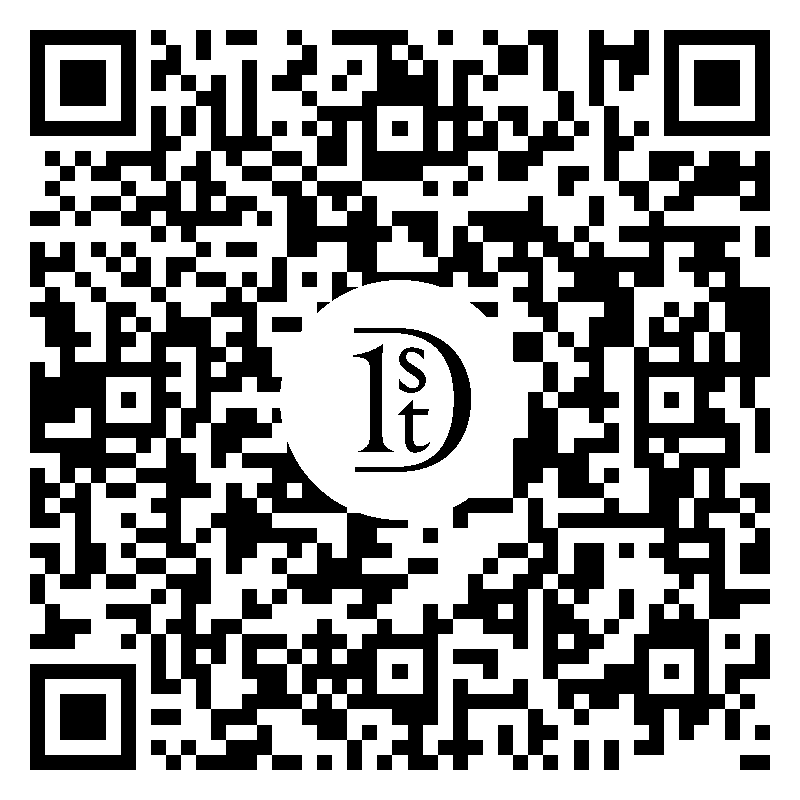 A Japanese hanging scroll painting, kakemono or kakejiku, of a Taoist scholar and student by Fukuhara Gogaku (1730-1799), ink and color on silk, signed Gogaku, with two seals of the artist, Edo Period, late 18th century, Japan. The painting depicting an elderly Taoist master or scholar seated under a pine tree, a scroll in one hand. He is dressed in loose robes tied with a sash bearing the yin yang symbol, a large and impressive hat on his head. In front of the sage is a young pupil dressed in red robes, crouched down and playing with a small minogame. Minogame are mythical turtles with long, flowing tails of seaweed. The painting can be read as wishes of longevity for the viewer. Taoism revolves around the quest for immortality, with the learned sage seemingly having reached that goal. Both the pine and minogame are also symbols of long life. Signed Gogaku, with two seals of the artist. Mounted on silk brocade with bone scroll ends. Fukuhara Gogaku (1730-1799) was an influential Japanese Edo Period painter working in Osaka. He was a pupil of the famed artist Ike no Taiga, and like Taiga, was inspired by Chinese literati culture. Painting size: 22.5" x 14.5".

$6,500
Hanging Scroll by Kamisaka Sekka, Japan
Located in Milano, IT
This painting represents a man waiting under a dark tree. The composition is extremely simple but suggestive. The artist, with few elements, can, in fact, create a vivid and dynamic ...
Category