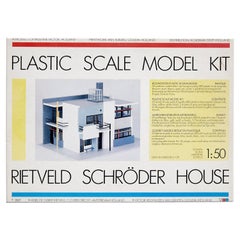 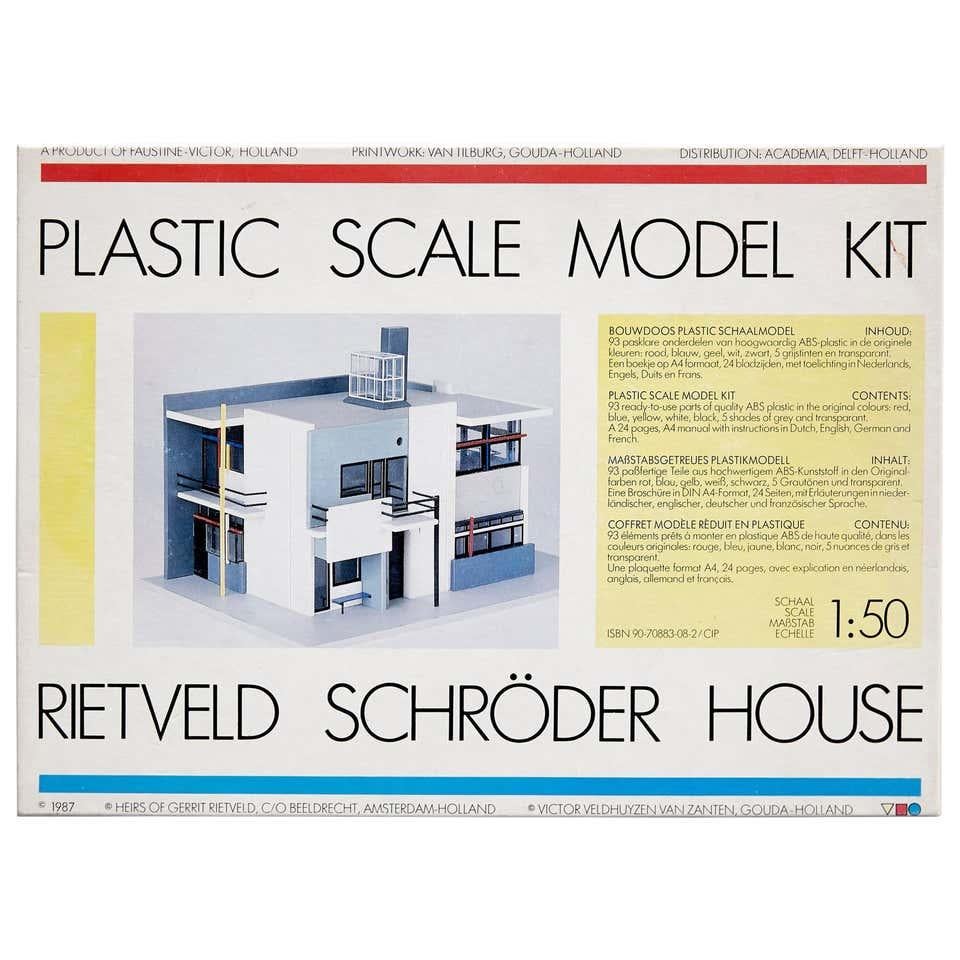 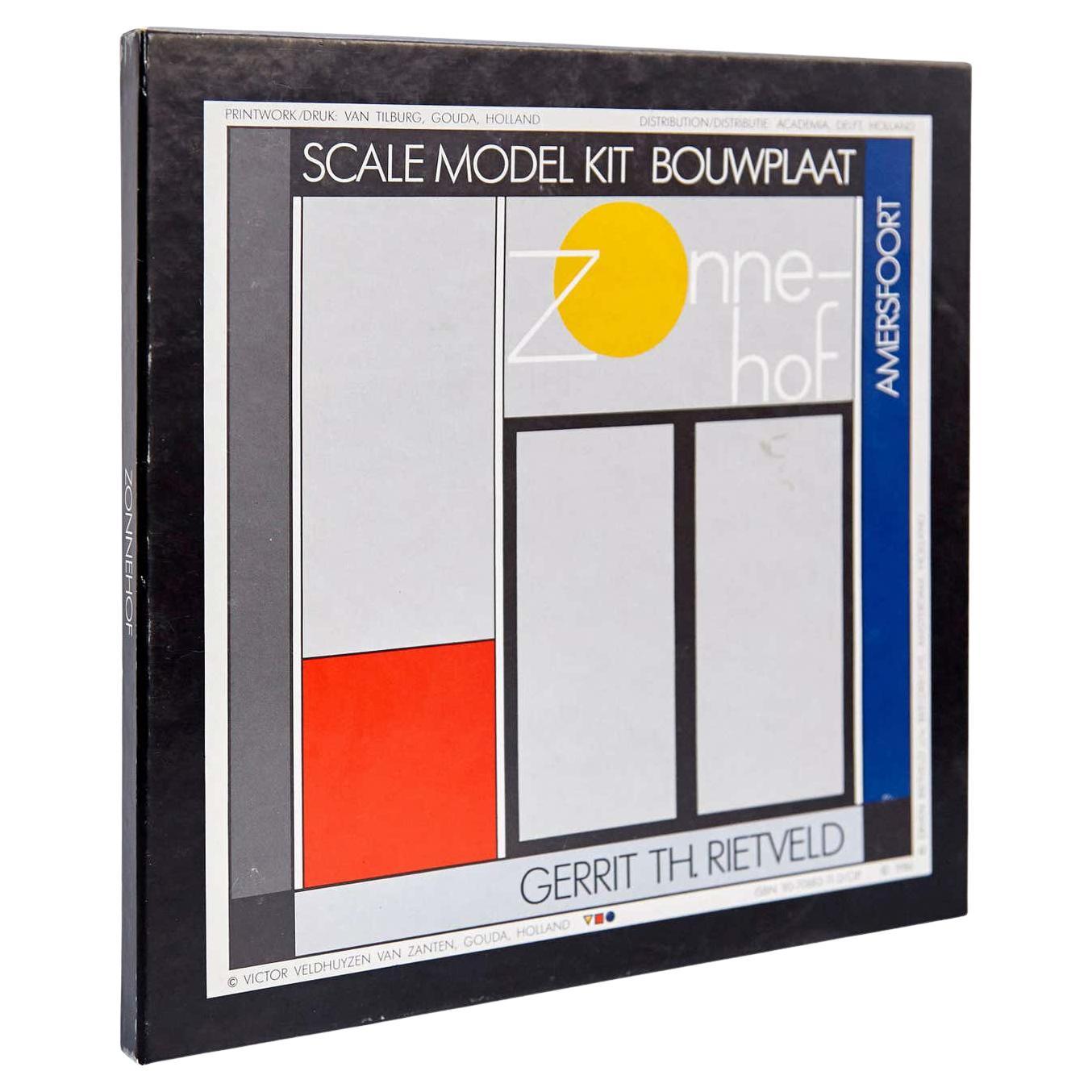 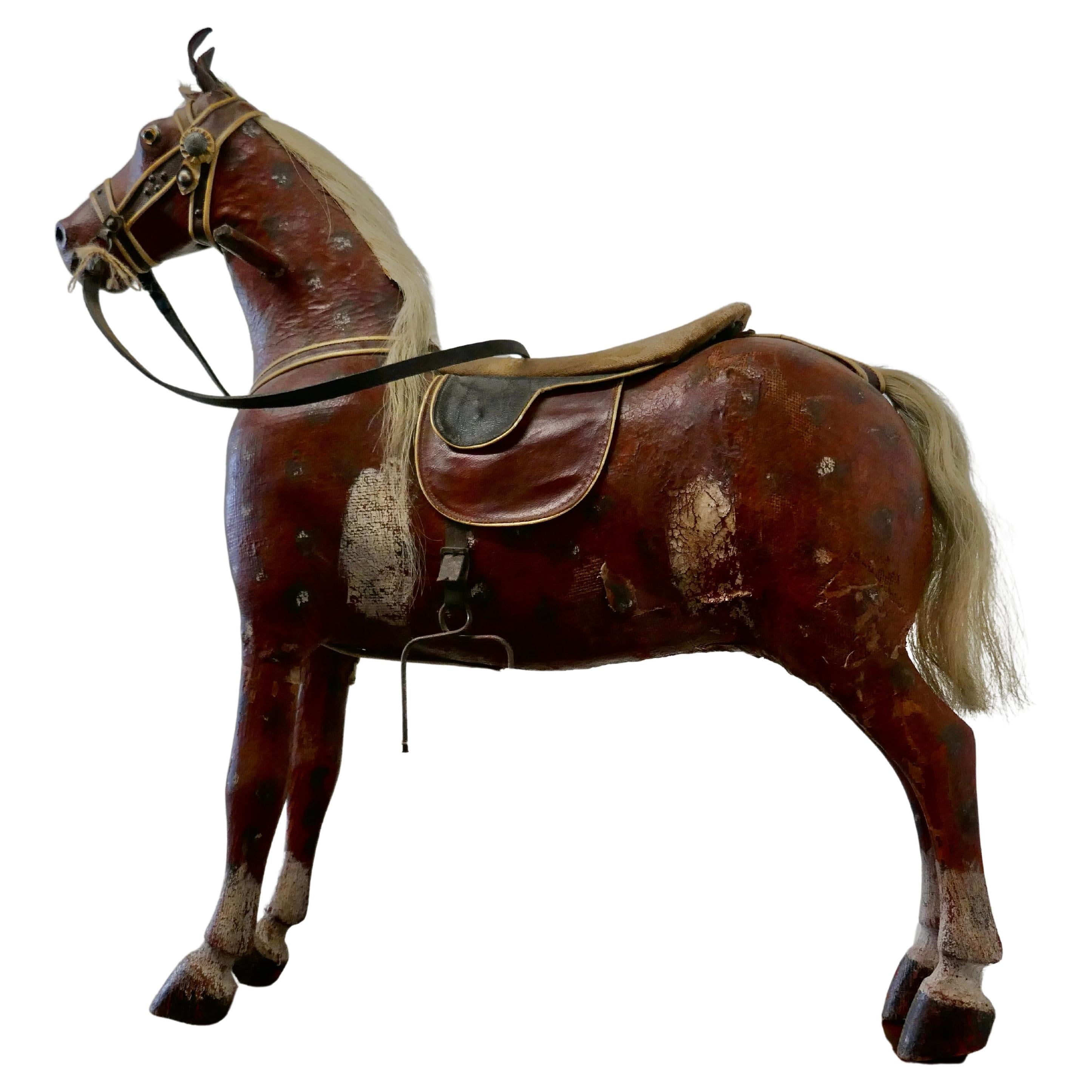 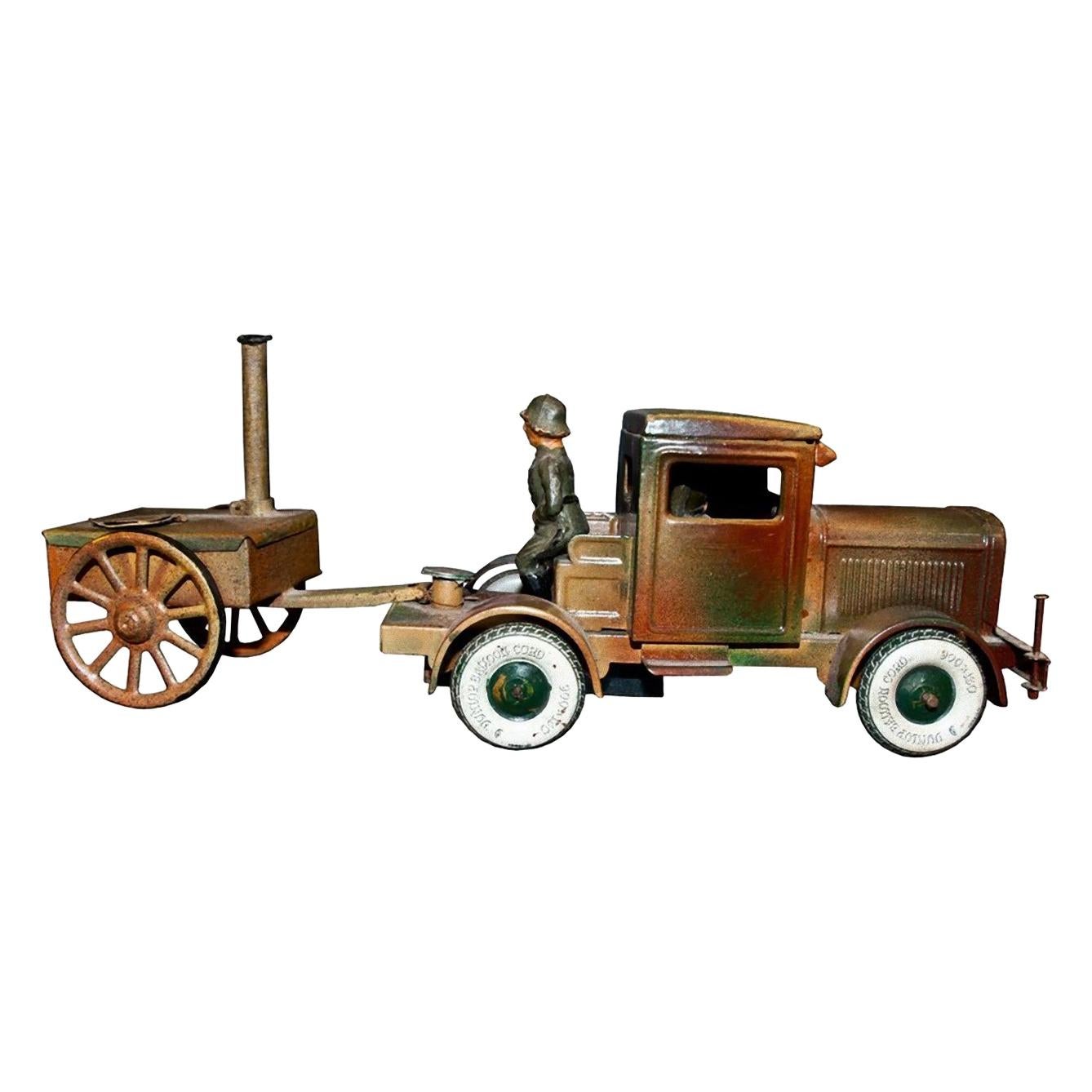 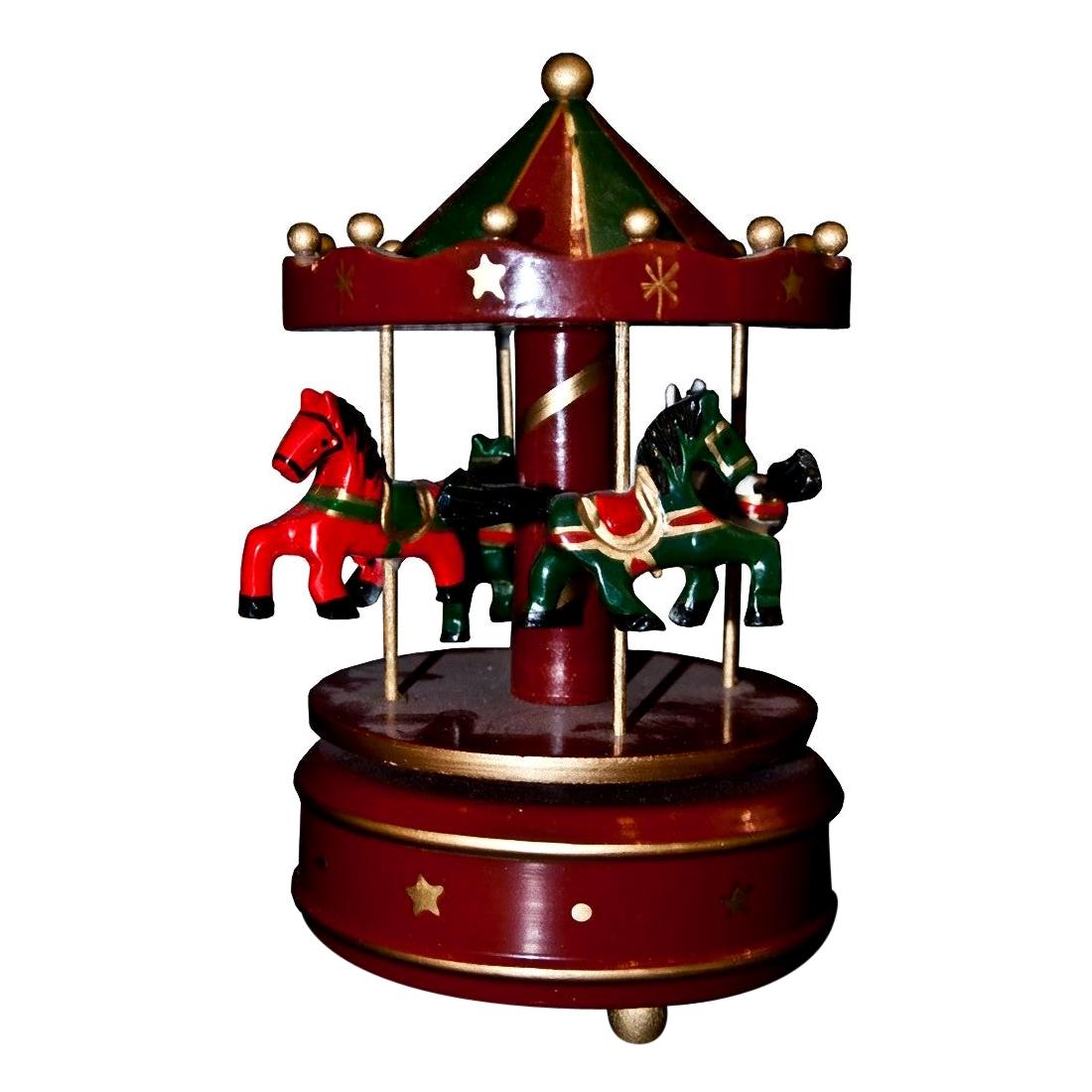 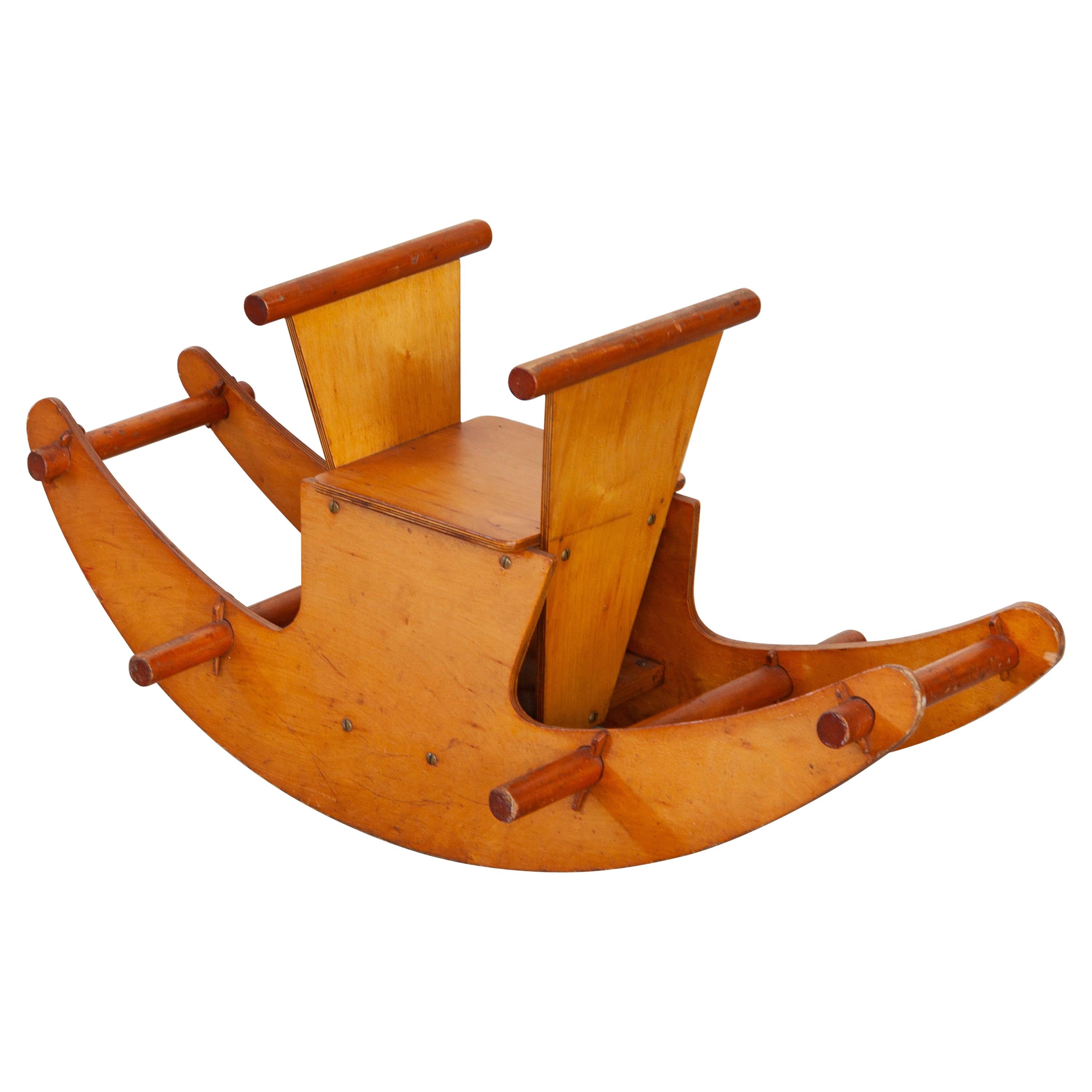 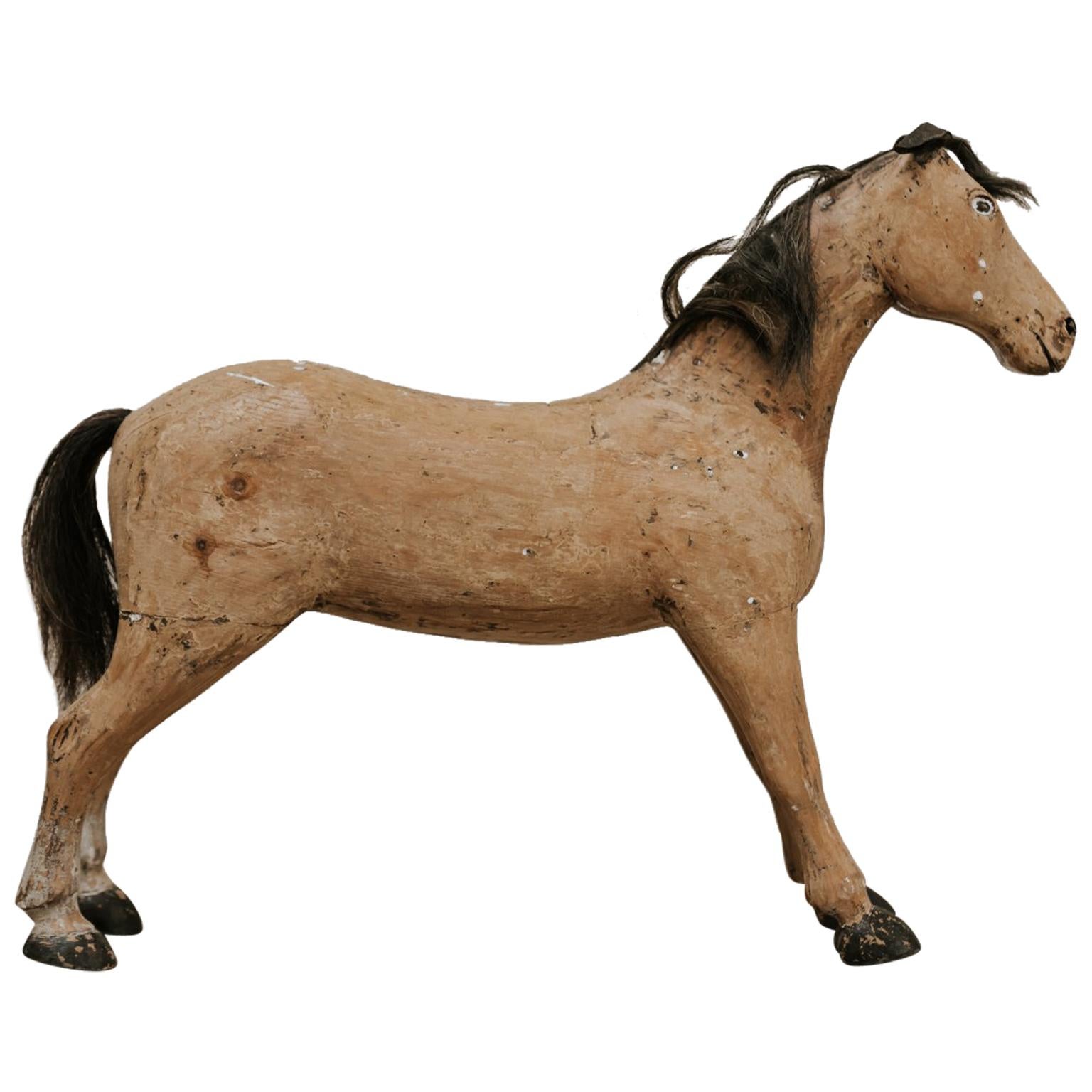 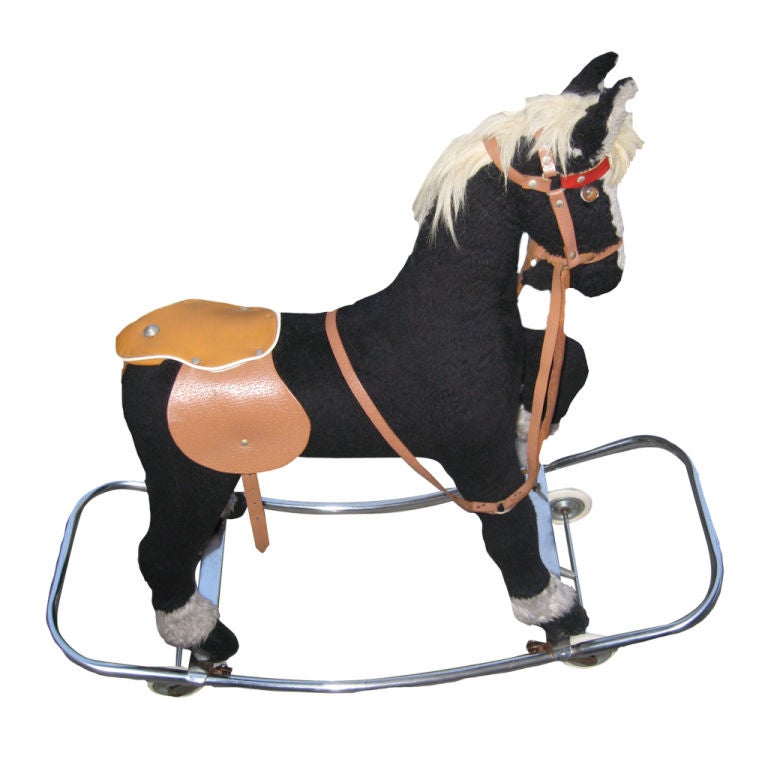 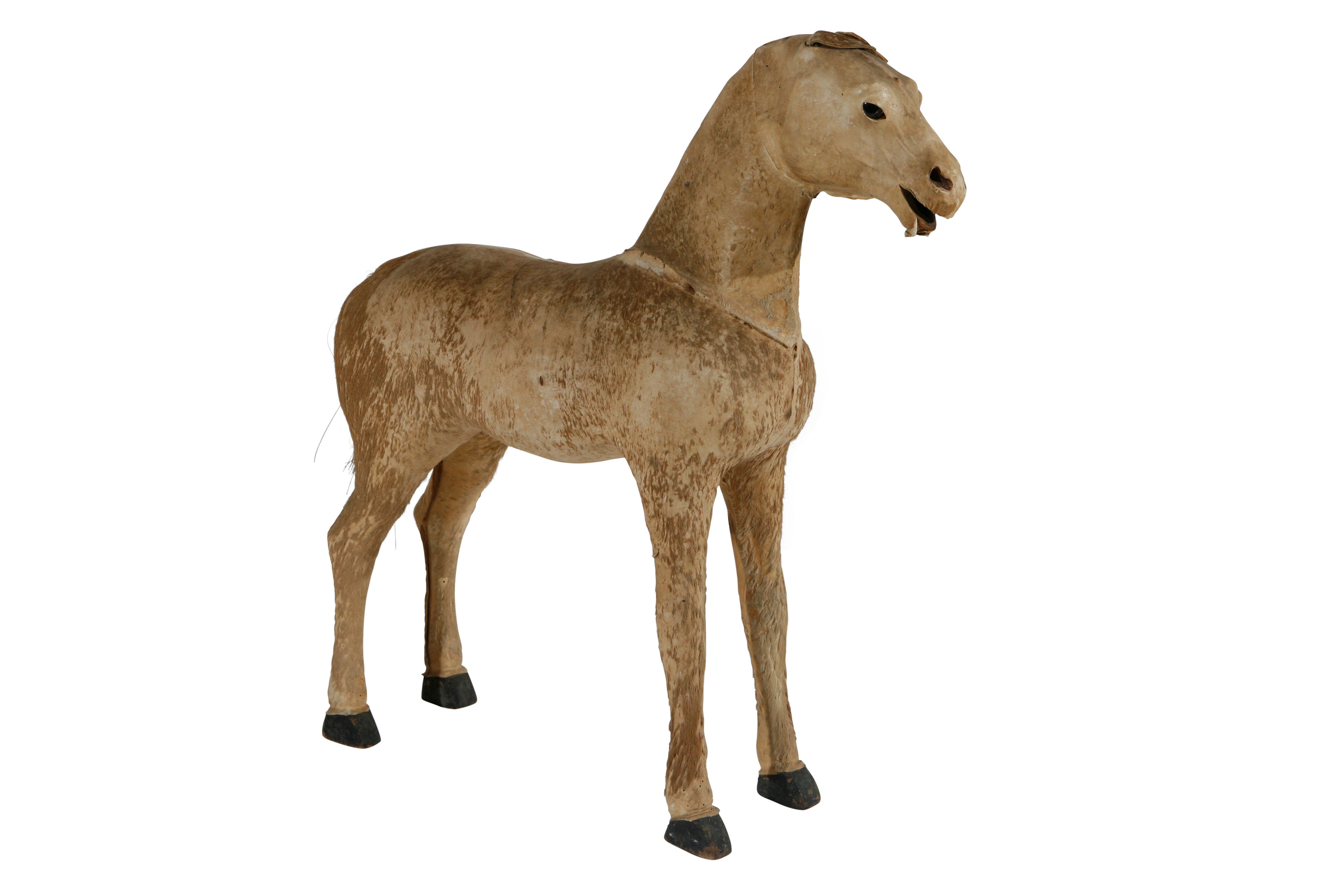 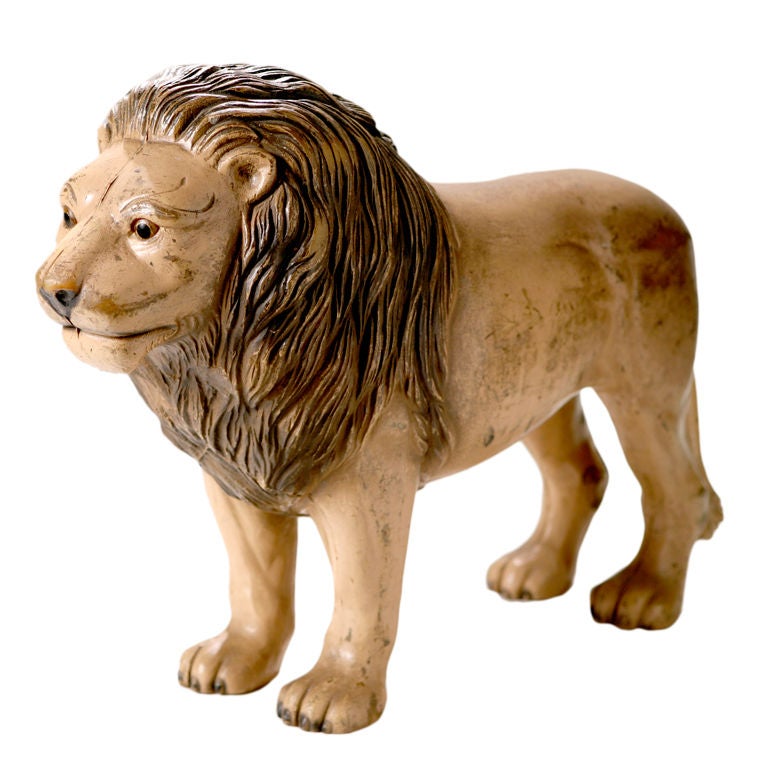 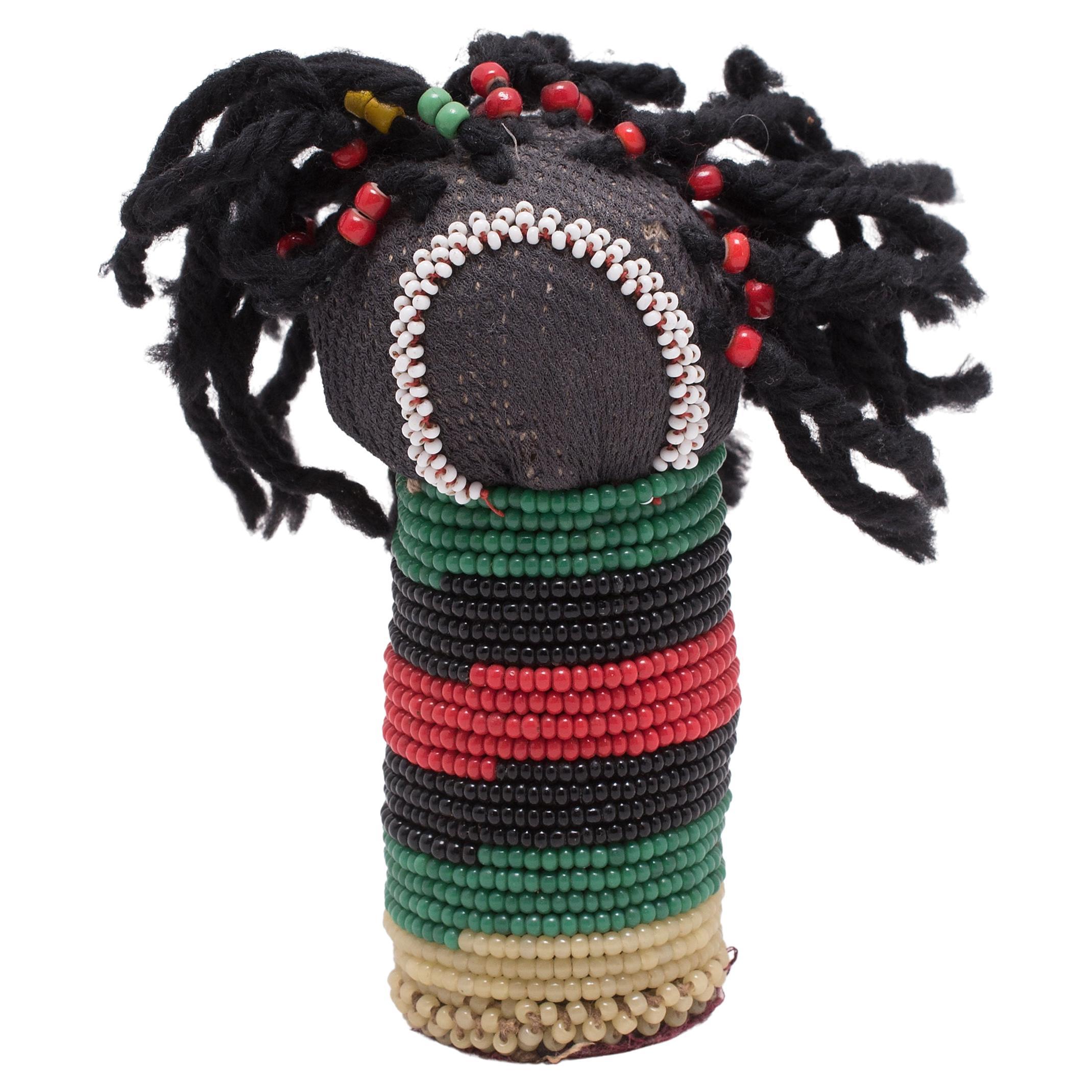 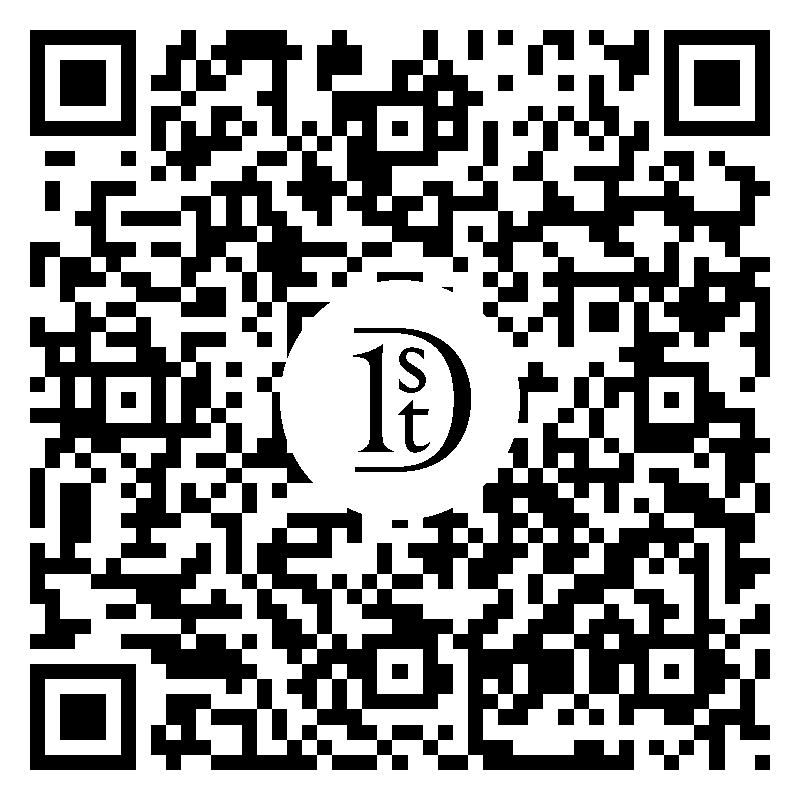 Plastic scale model kit of the Rietveld Schröder House. Manufactured in Netherlands in 1987. It consists of 93 parts of quality ABS plastic in the original colors: red, blue, yellow, white, black and 5 shades of grey and transparent, in 1/50 scale. Included a 24 pages A4 manual with instructions in 4 languages: Dutch, English, German and French. In good original condition with minor wear consistent with age and use, preserving a beautiful patina. Gerrit Thomas Rietveld (1888-1964) was a Dutch furniture designer and architect. One of the principal members of the Dutch artistic movement called De Stijl, Rietveld is famous for his red and blue chair and for the Rietveld Schro¨der House, which is a UNESCO World Heritage site. In 1934 Rietveld designed a first series of crate furniture, consisting of an armchair, a small bookcase and a small table. These were items for which the appearance was largely dictated by the application of standard lumber size planks for different parts of the furniture. The choice of using standardized Industrial products was motivated by Rietveld’s aim to make furniture production more efficient. The furniture is almost completely built from firewood planks with a width of, circa 15 cm. A constantly recurring, distinctive wide chink is left between the planks. Dry joints connect the components with brass screws, which are left visible. At this time this type of wood and construction method was used for packing crates, hence the name of the series. The radically simple crate furniture was heavily criticized by some contemporaries, because of the lack of traditional workmanship. Rietveld defended his designs by saying that traditionally produced furniture was transported in crates to avoid being damaged. It was obvious to him that the packing material was stronger, and therefore better, than its content. After 1935 much more crate furniture followed, including various chairs, tables and stools. After producing them in his own name for a while, the crate furniture was sold by Metz and Co. under the name 'weekend furniture'. Because of the simple appearance and the relatively low price they were most suitable for holiday homes. 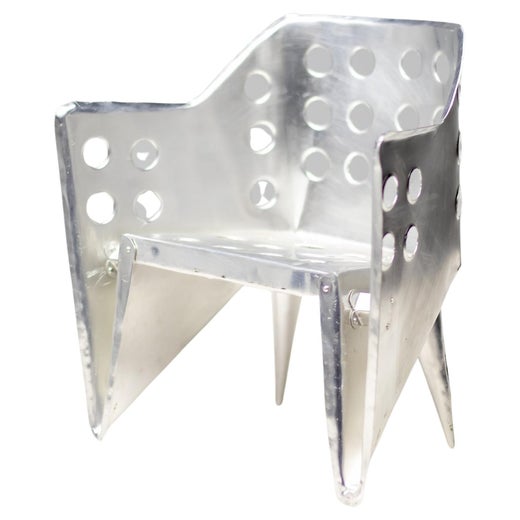 Best known for his Red and Blue chair, a modernist icon created using only two plywood plates and 15 connecting bars, Dutch designer Gerrit Thomas Rietveld trained as a cabinetmaker, and his bold vision for furniture was supported by his expertise in construction and craftsmanship.

Born in Utrecht, Rietveld learned goldsmithing in addition to the cabinetry apprenticeship he had in his carpenter father’s workshop. He studied draftsmanship with architect Piet Klaarhamer at the Utrecht Museum of Applied Arts and opened his own furniture workshop in 1917. In the 1930s, Rietveld began to experiment with then-unusual materials like plywood and aluminum, and he pursued intellectual concepts through his design, even considering a seat as a resting place for the body and the soul.

Designed in 1918, the minimalist Red and Blue chair is widely coveted by collectors and gained admirers in the likes of legendary American sculptor and designer Donald Judd over the years. (Examples of Rietveld’s designs can be found in Judd’s restored home-museum in New York City.) The Red and Blue chair is so stunning in its geometric simplicity that it is one of the most important symbols of the Dutch art and design movement of the early 20th century called De Stijl, of which Rietveld was an important part. De Stijl means “the Style” and was an effort to express utopian values through pure abstraction in design and the use of primary colors.

Another example of Rietveld’s celebrated seating furniture is the Zig-Zag chair, which was commissioned by the Dutch department store Metz & Co. and intended to be mass-produced. The resulting design — to which the rights to manufacture were bought by Cassina in 1971 — is the essence of the De Stijl movement and an example of Rietveld’s experiments with jointless chairs made from a single material, wood. The Zig-Zag chair’s armless, legless, elegant form is pure abstraction, yet it is also sturdy and comfortable.

Later in his career, Rietveld worked more often as an architect, designing buildings in prestigious settings like the Venice Biennale. He was a pioneer in more ways than one: The first building he designed, Rietveld Schröder House in Utrecht in 1924, is a radically modern space and has been a UNESCO World Heritage Site since 2000.

About the Seller
4.9
Located in Barcelona, Spain
Platinum Seller
These expertly vetted sellers are 1stDibs' most experienced sellers and are rated highest by our customers.
Established in 2015
1stDibs seller since 2015
1,127 sales on 1stDibs
Typical response time: 3 hours

$464 Sale Price
20% Off
Rietveld 'Berlin Chair and End Table' Model Toy, 1985
By Gerrit Rietveld
Located in Barcelona, Barcelona
Scale model kit of the Berlin chair and end table. Manufactured in Holland in 1985. It consists of parts of quality wood with little paints. In 1/6 scale. Included a manual with ...
Category

$983
Children Rocking Wooden Toy
Located in Antwerp, BE
Very beautiful children's rocking chair in beech plywood minimalist craftsmanship the design of the rocking chair is essentially a nod to the shape of a swinging banana!
Category

$3,800
Toy Horse from Sweden
Located in Los Angeles, CA
A toy horse with a hair-on-hide leather body and glass eyes. The body is carved pine, sheathed in cow skin with only partial fur remaining, Basically the skin is parchment with som...
Category

$1,500
Beaded Ndebele Toy Doll
Located in Chicago, IL
A rare imported commodity, glass beads have been a symbol of wealth and importance in south African cultures for centuries, and were exclusively distributed by the region's leader. A...
Category