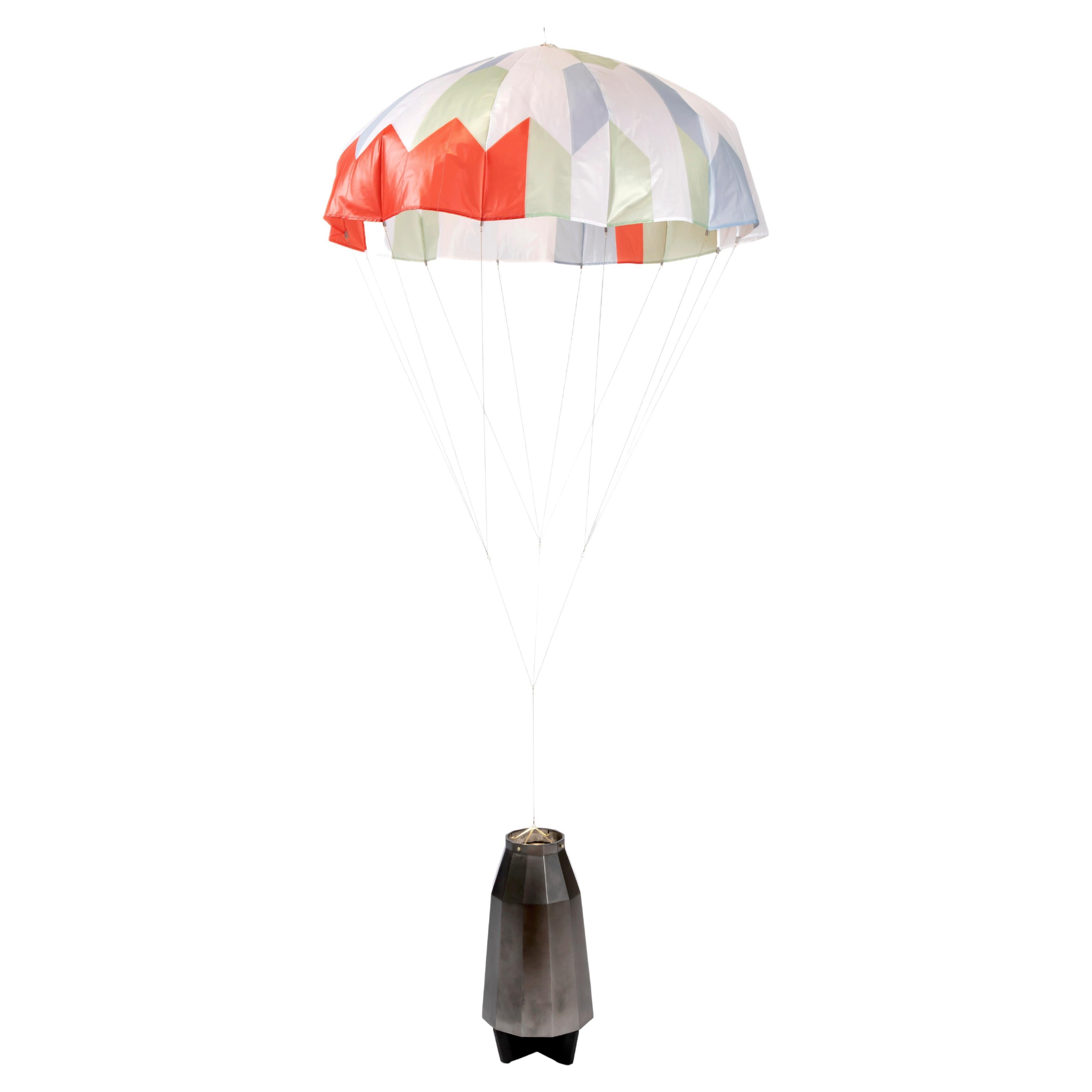 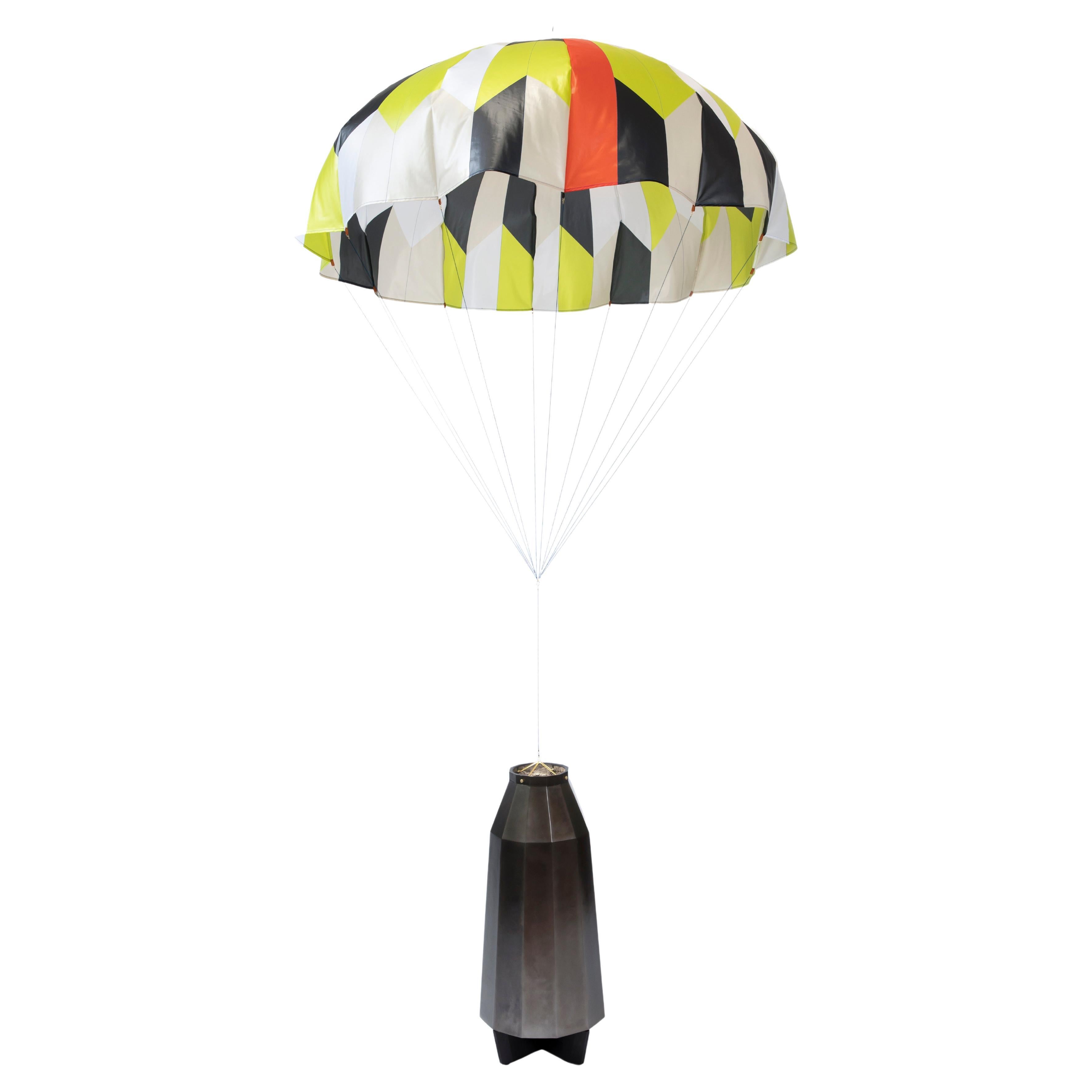 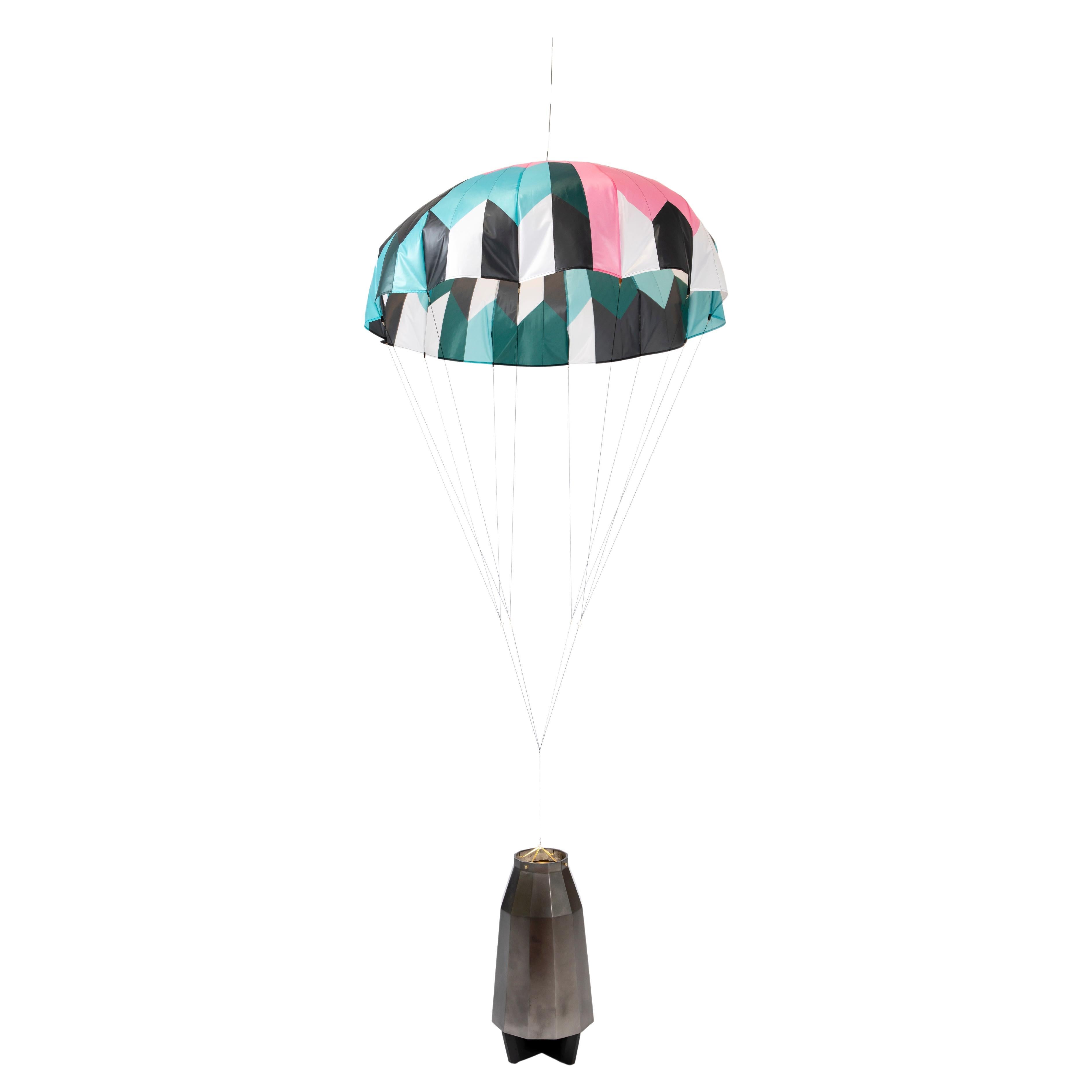 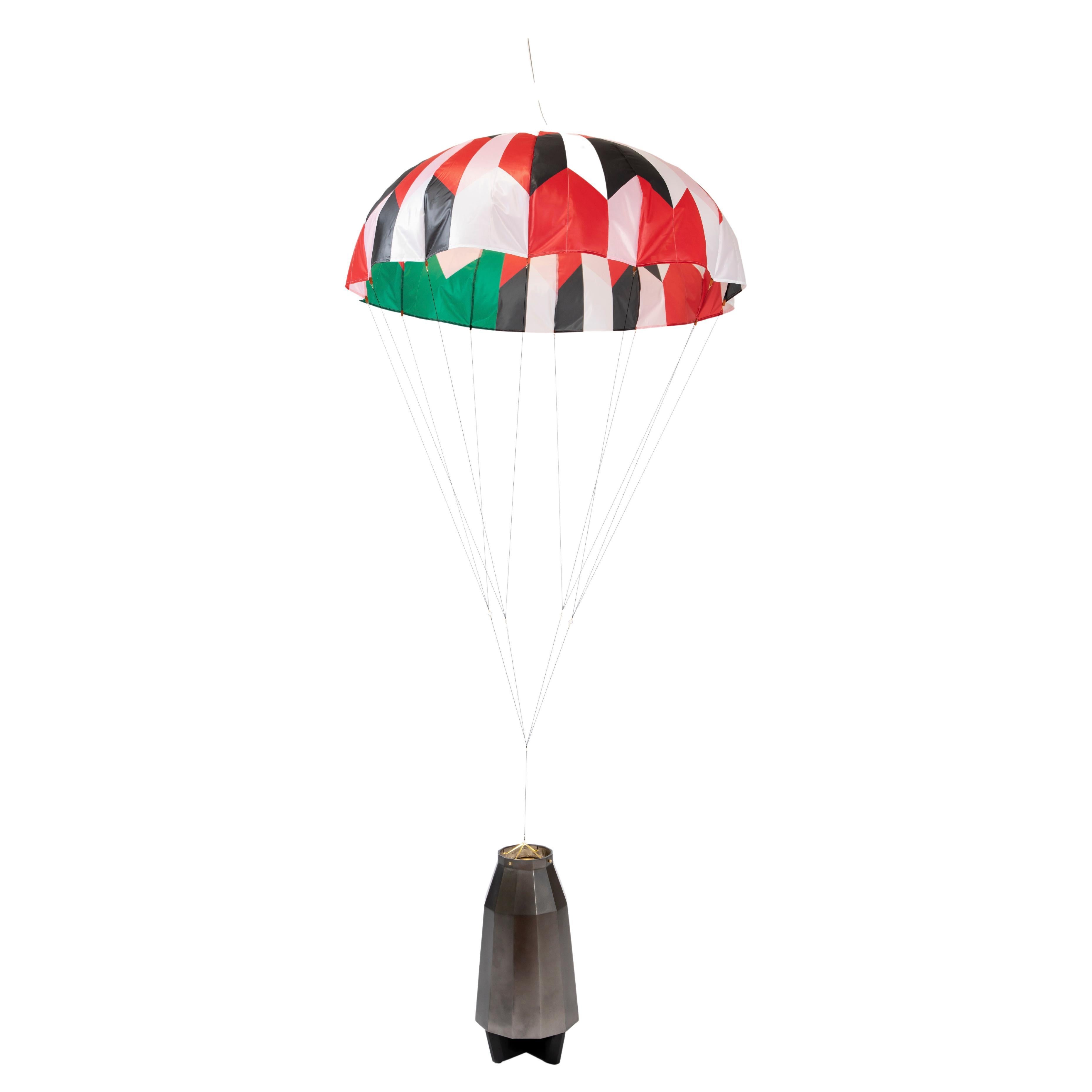 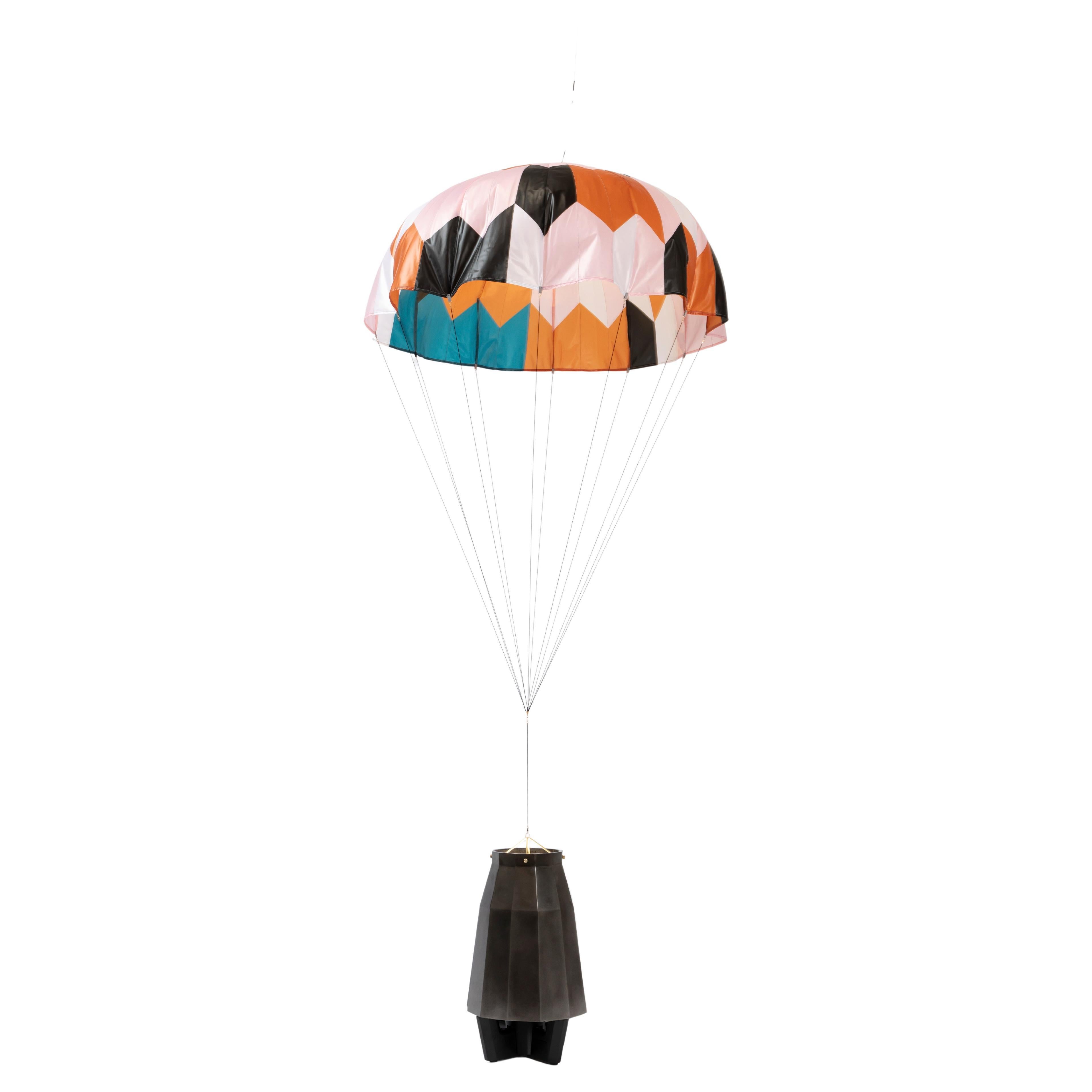 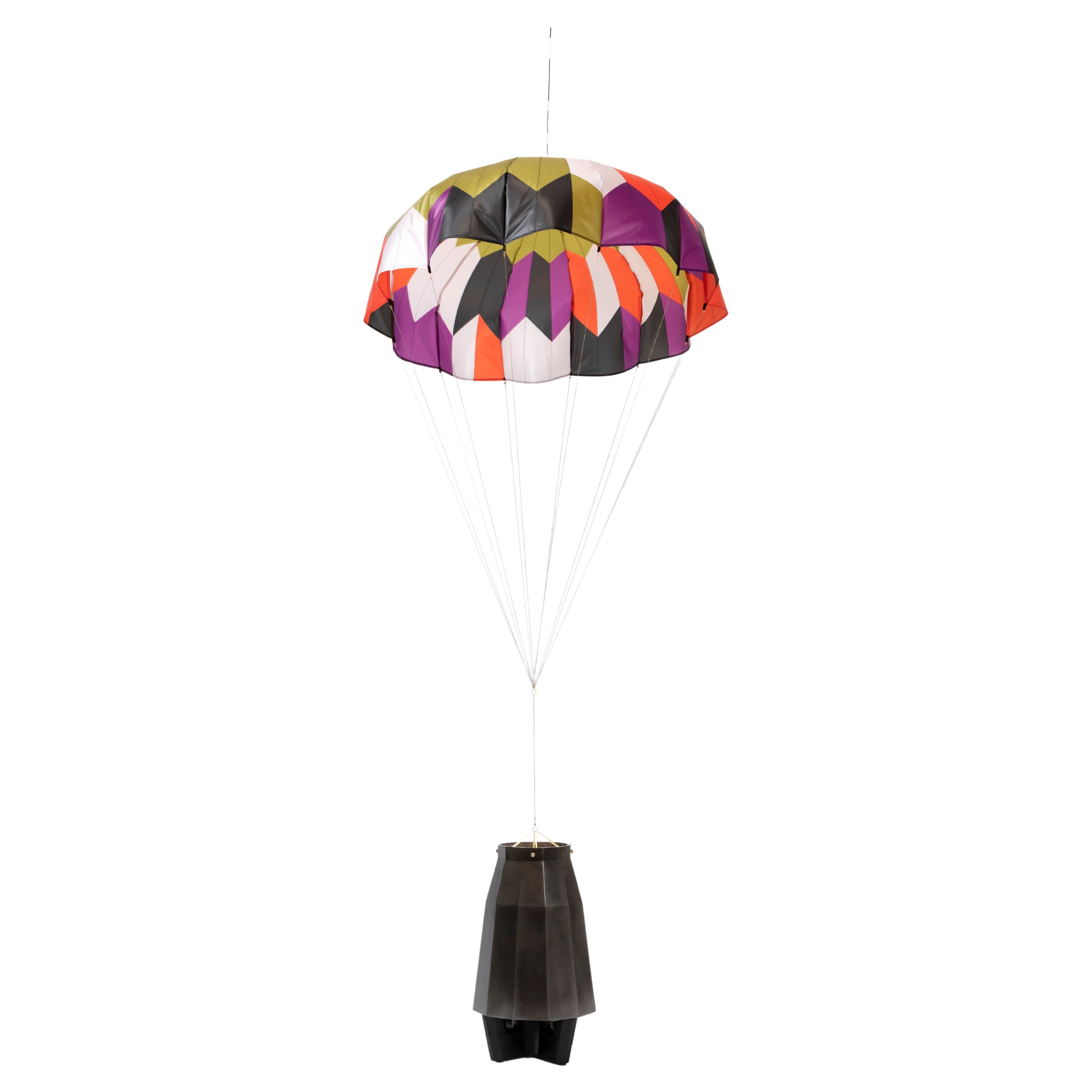 From acclaimed lighting designer Bec Brittain, a new series of dynamic, whimsical lighting forms that mimic the rhythm of flowers in the wind. Taking cues from the movement of inflated parachutes–specifically, those used by NASA during wind tunnel testing–  the collection is entitled 'Paraciphers', and is a marked departure from her previous work. Brought to life through function-forward design, each piece is composed of a black lacquered cast aluminum on poplar base, which houses the electrical and mechanical components, and is topped by a multi-colored parachute constructed of performance fabric, and fastened to the base with brass findings and metallic silk thread. The top of the parachute is secured by a glass-beaded gold-filled chain affixed to a ceiling-mounted brass coupling. Through moments of shared refraction, reflection and shadow, connections are drawn from the character of the parachutes – and the patterns they typically display – to some of Brittain's past pieces. In her words, she hoped to "capture some of those fleeting moments in the patterning of the parachute like moments of light frozen in time." Once she began working with those patterns, she realized she wanted to curate them and add another layer of meaning. She created patterns in the fabric by encoding messages using a mid-19th century telegraph code and interpreting that through color. Each parachute contains a cipher about radical equality and community, addressing the inadequacies of our current society. The parachutes then provide a sense of salvation twice over — in their physical capacity to protect, and in the deliverance of their messages. The pieces carry names such as Malcolm I, Florence I, Unknown Author I, in reference to the author of the message encoded in each of the parachutes. The names are represented by the beaded chains atop the parachute. The code that Brittain used is a precursor to modern binary code — Baudot Code. And if they wanted, people could even decipher the messages. Which we hope they will. Materials: Base: Cast Aluminum with Black Lacquer Finish, Poplar, LED Light, Fan Parachute: Performance Textile, Glass Beads, Silk Thread, Gold-filled Chain, Brass Findings, Brass Coupling Full Dimensions Base: 13" dia. x 25" h in. (33 dia. x 63.5 h cm) Parachute: 50" in. dia. (127 cm dia.) 58" in. dia. total footprint (147 cm dia. total footprint) 103" in. total height (variable) (262 cm total height [variable]). 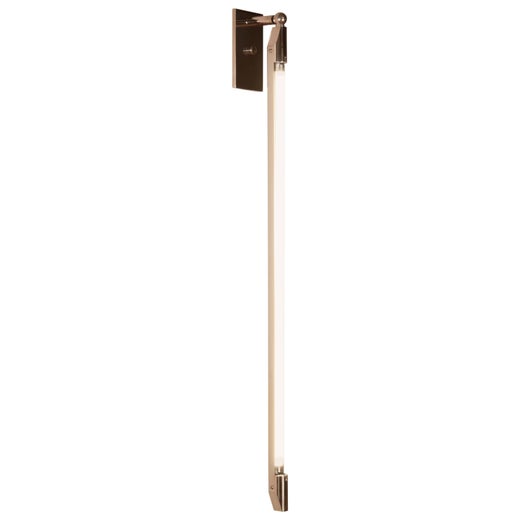 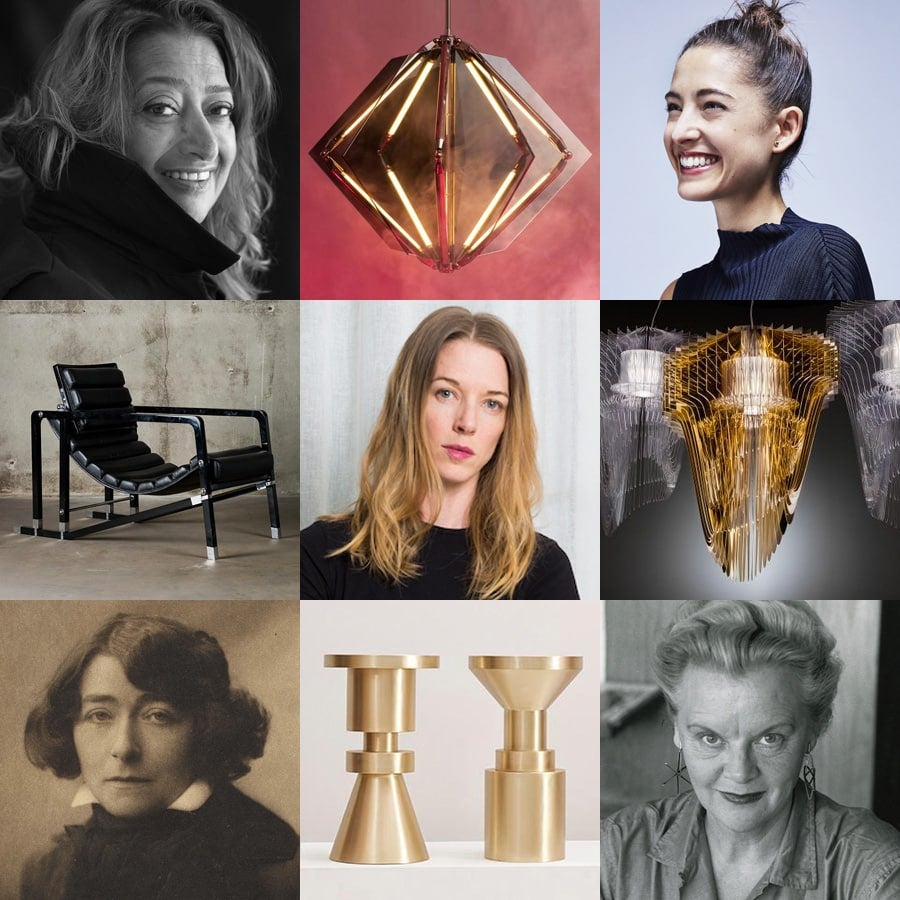 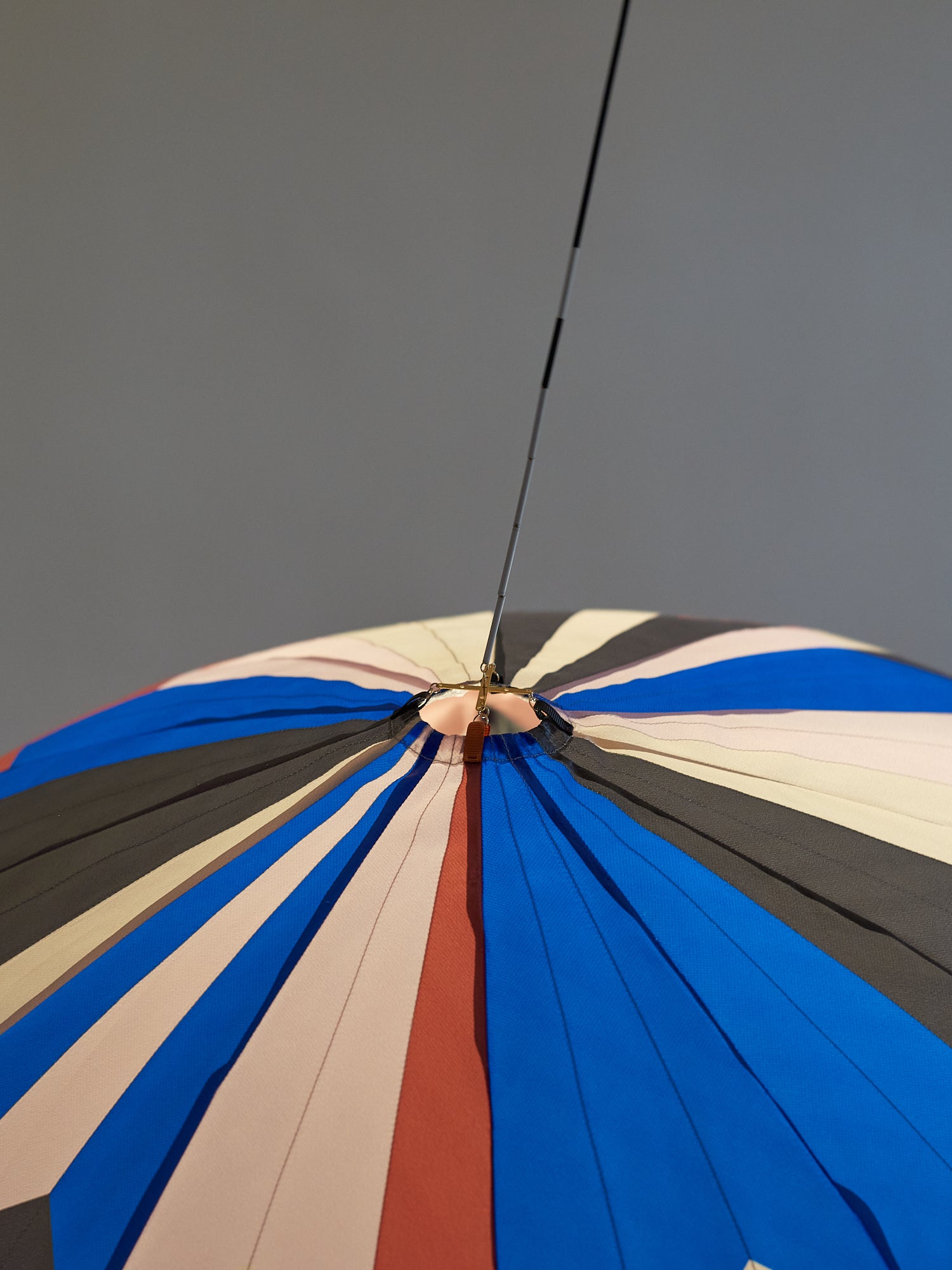