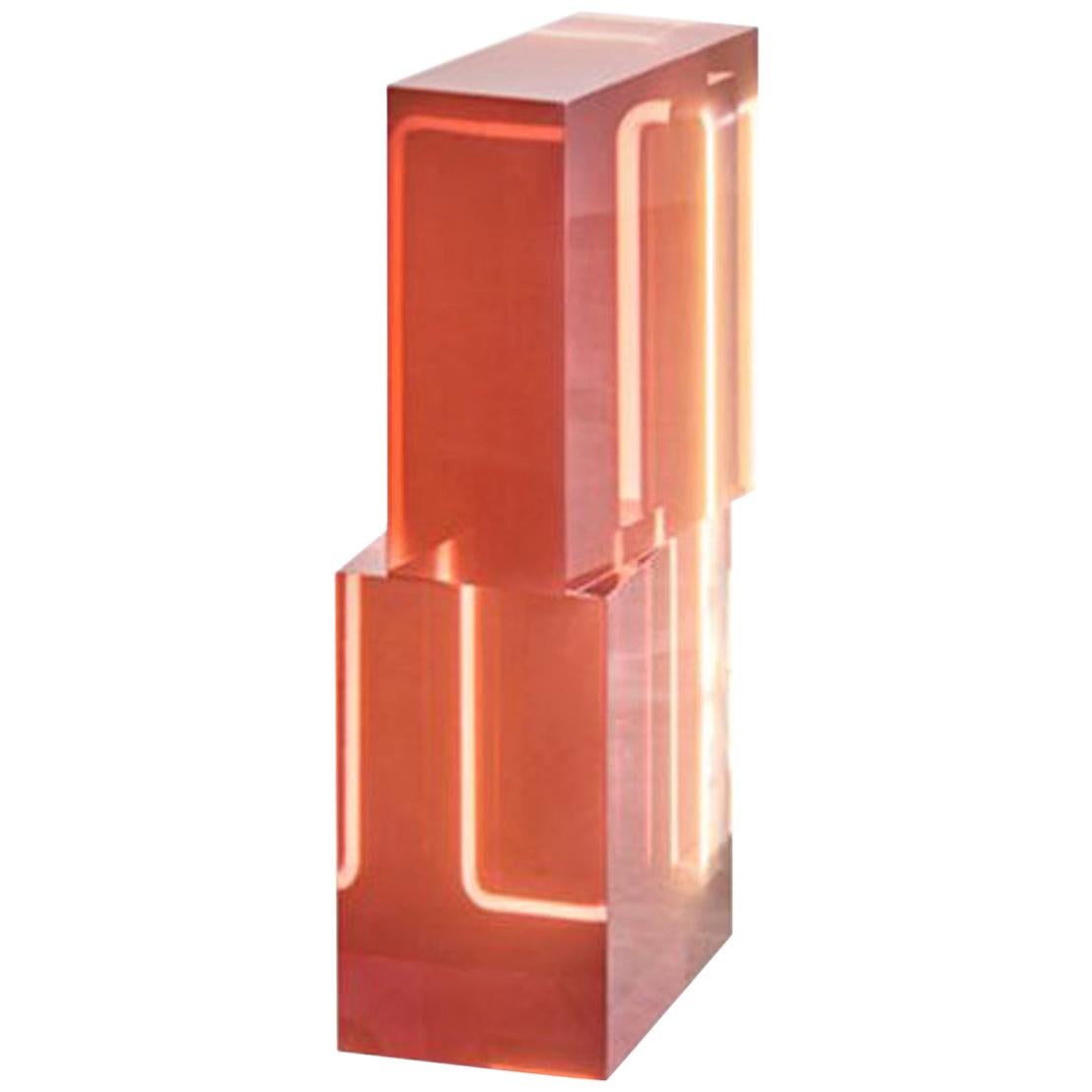 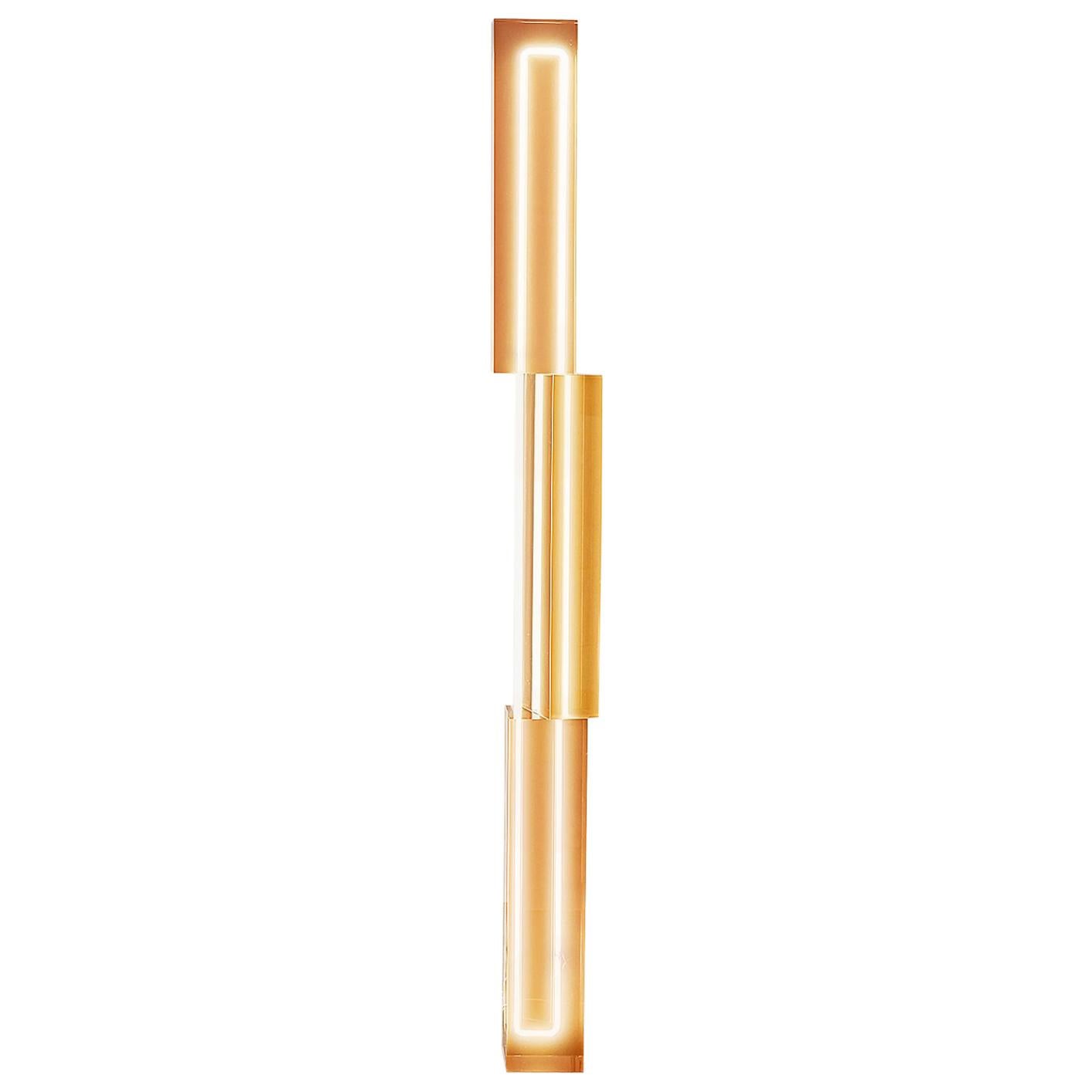 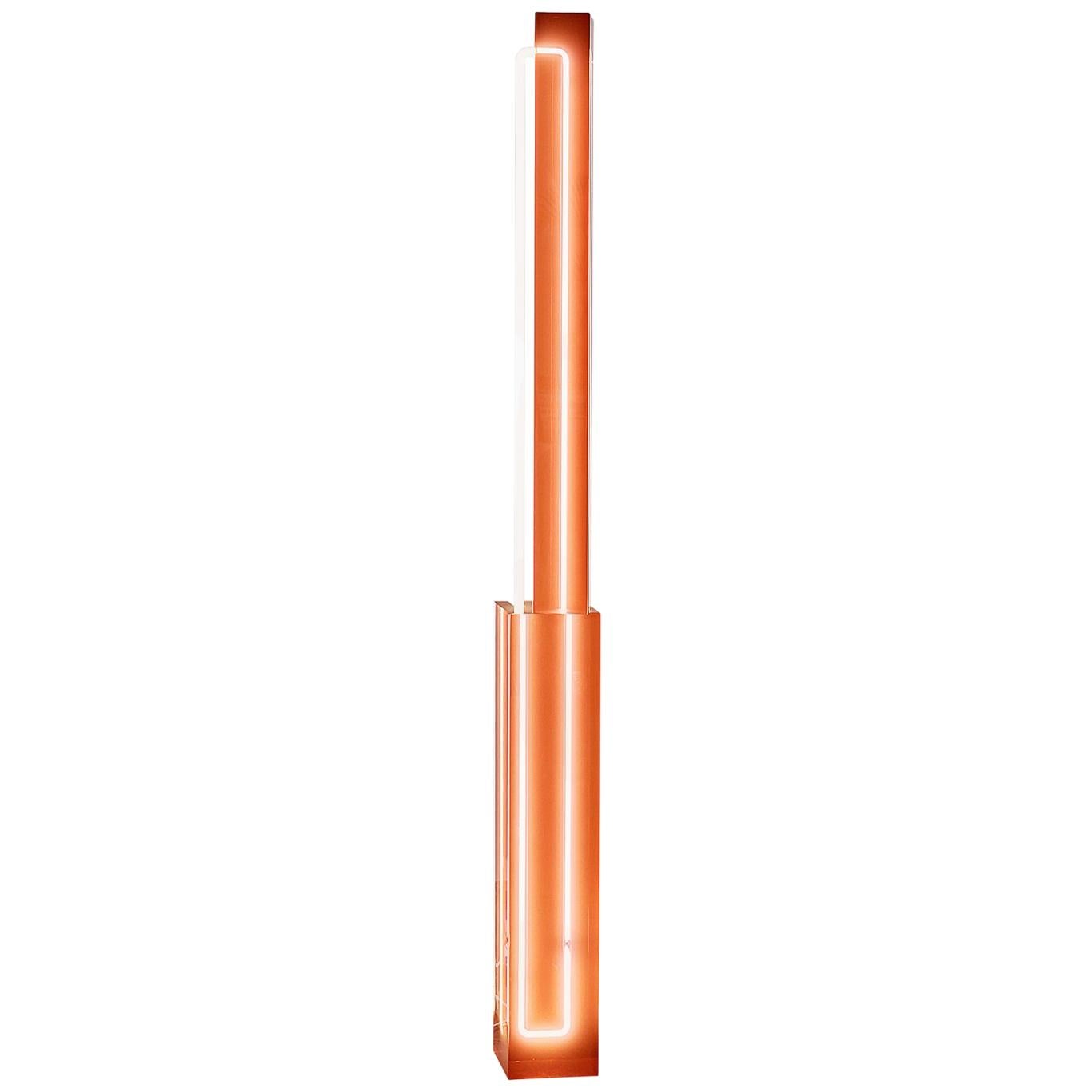 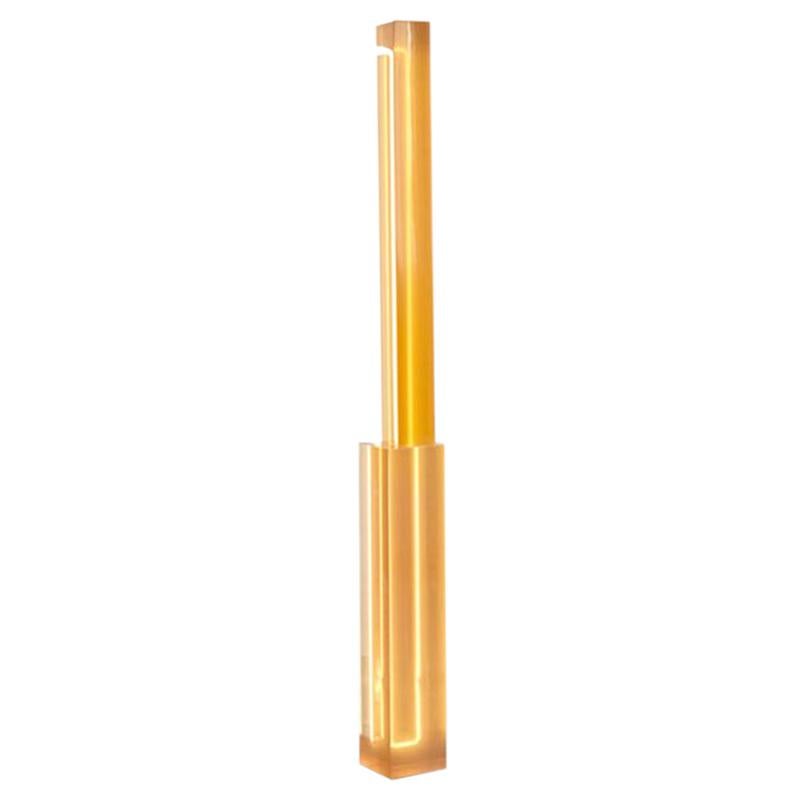 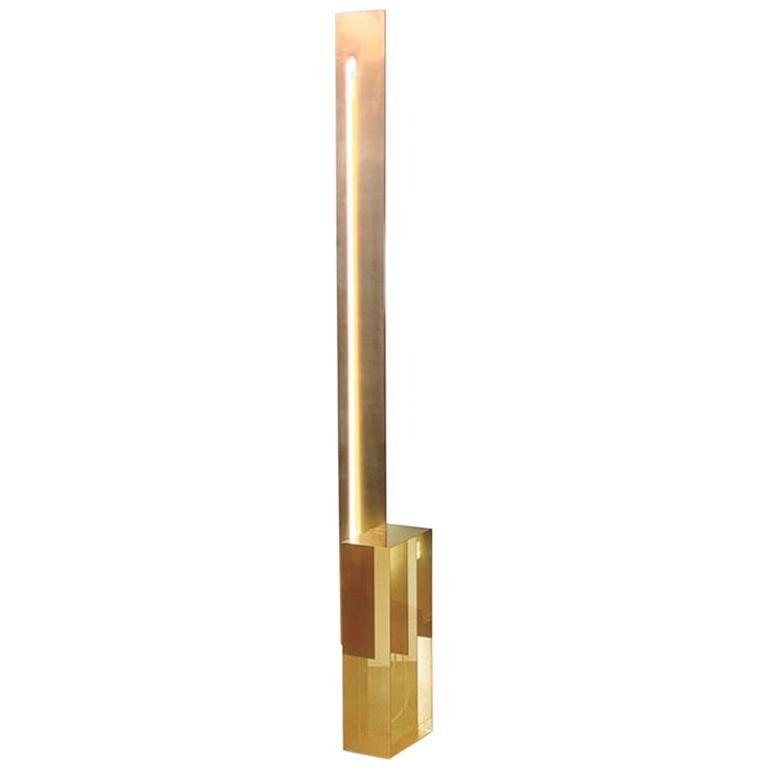 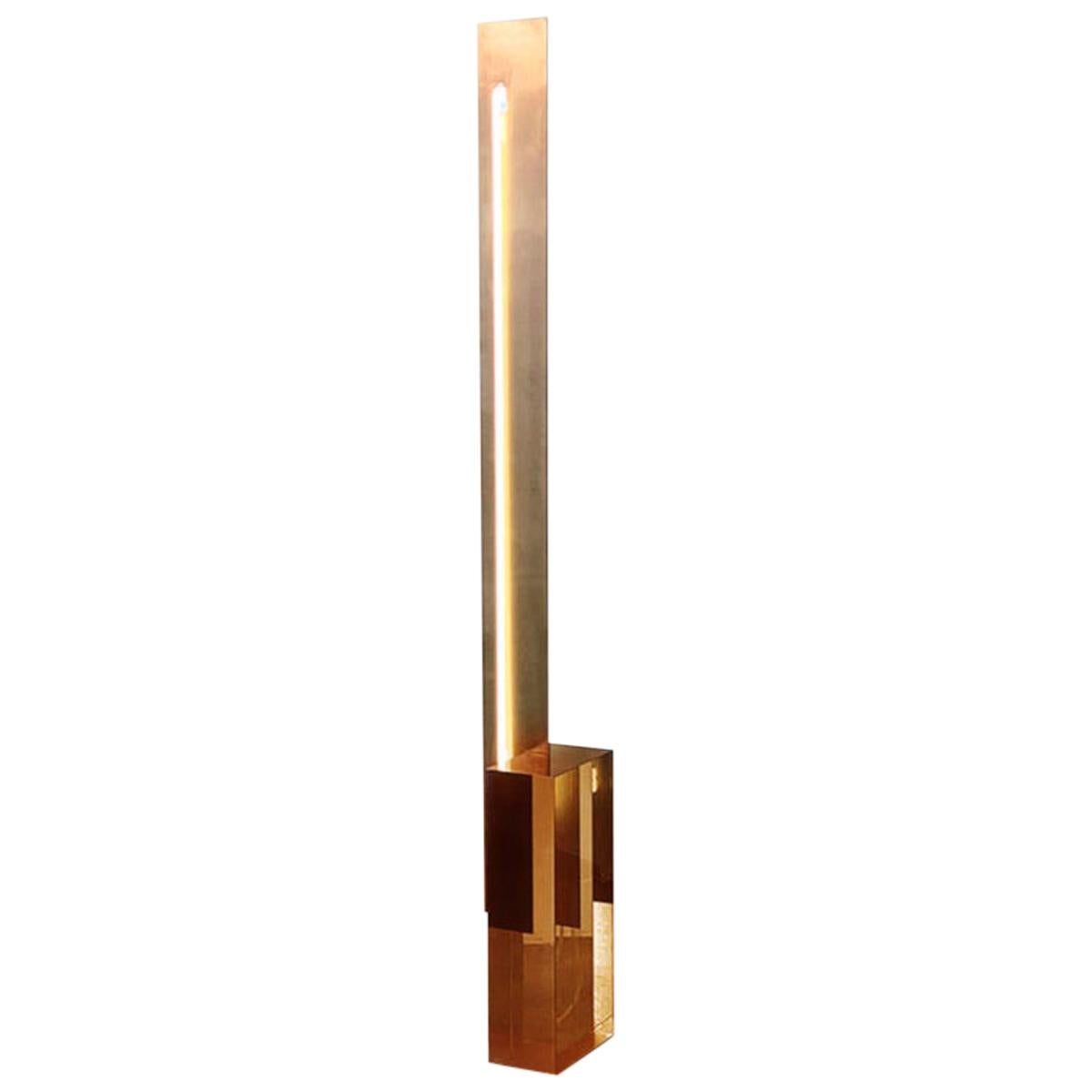 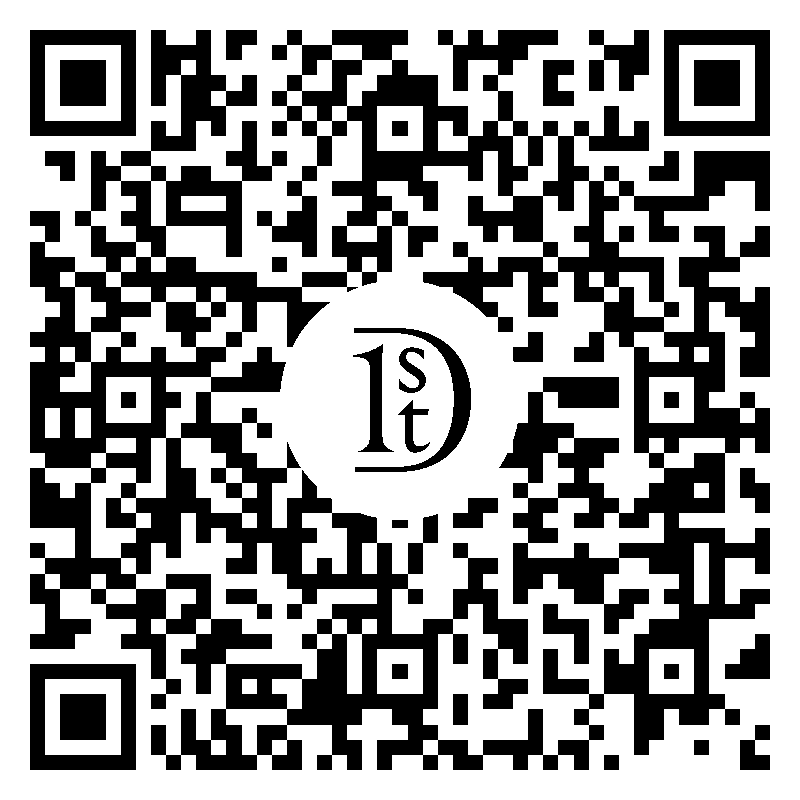 Sabine Marcelis Floor lamp model “TOTEM” Manufactured by Sabine Marcelis Produced in exclusive for Side Gallary Rotterdam, The Netherlands 2018 Resin, Neon (+transformer). Contemporary design Meassurements 18 cm x 17 cm x 190 H cm 7.08 in x 6.69 in x 74 H in Edition Limited edition of 12 + 2AP. Sabine Marcelis (b.1985 New Zealand) is a designer living and working in Rotterdam, The Netherlands. Raised in New Zealand, she was recognized from a young age for her design abilities, being awarded the New Zealand Young Designer of the Year. Marcelis studied industrial design for two years at Victoria University in Wellington, and continued her studies at the Design Academy Eindhoven, where she graduated in 2011. When graduating the designer was nominated for a fleet of prestigious design grants, such as the ‘Unge Talenter Designpriser’ by the Norsk Designråd, the René Smeets Award, and the Keep an Eye Grant. Since graduating, she has been operating Studio Sabine Marcelis, working within the fields of product, installation and spatial design with a strong focus on materiality. Her work is characterized by pure forms and natural elements such as the reflections of light and water, which she believes highlight material properties. Growing up in New Zealand Sabine was surrounded by dramatic landscapes, always sensitive to the light of the sky, the ocean and the snow on the mountains, the artist was inspired by the communication of the natural elements. Her work captures these beautiful moments in nature on a smaller scale, as objects or installations. Over the last decade, the award-winning designer has become known for her work with resin and glass. Her receptiveness for these two materials is due to their manipulability; sharp angular shapes as well as spineless curves can be protracted giving the artist endless scope for form. Moreover, the translucency of the both materials can be adjusted from sheer transparency to milky or solid opaque finishes. Working in collaboration with industry specialists, Marcelis intervenes in the manufacturing processes using material research and experimentation to achieve new and surprising visual effects, applying a strong aesthetic point of you to the material development processes. The series Candy Cubes is an example of the designer’s complex material investigation; a polyester resin mold is used to cast the piece, followed by an intensive polishing process. The cast resin is light sensitive, as sun rays shine down onto the solid blocks, the light illuminates the edges, sugar coating the sides, making the aptly named “marshmallow” colored candy cube appear edible. As well as playing with natural light, Marcelis also experiments with artificial lighting in her work. The introduction of neon light to her material combinations expresses the relationship between light, color and transparency in a more constant context. In 2015 Marcelis produced the series Dawn Light whereby the introduction of a white neon tube to a series of different geometric resin objects was used to reflect a unique moment in nature; when the sun, clouds and sky all join together, creating a momentary riot of hues. The series was on show at the Museum Boijmans Van Beuningen in Holland. Since then Marcelis has continued to work with neon and resin developing complex colour recipes and finishes, resulting in her Totem Series commissioned and sold exclusively by Side Gallery in 2019. The collection is composed of four different sized lighting elements, two table and two standing lamps. The Totems are built with several stacked translucent resin volumes which are slightly rotated on a central axis. The carved-out void where the neon light is inserted allows for a multifaceted play between the twisted planes of polished resin and light reflections. Every angle of the lights is a unique visual experience. As well as designing object pieces, the Dutch designer has a series of impressive installation projects associated with her profile including, the Aesop Vedovelle Fountain, the Dutch Pavilion at Cannes Film festival 2017, a Light installation at Biennale Interieur 2018, The Solo Sun Dial project 2018, Burberry x OC in 2018 and De/Coding ‘Alcantara in the tapestry Rooms’ in 2019. Perhaps her most famous installation was her Shapes of Water or Fendi Fountains installation, first exhibited at Design Miami 2018. The ten water sculptures designed from cast resin were a continuation of Marcelis experience and experimentation in material practices, projecting her own vision her elegant avant-garde creativity corresponded directly with the Fendi philosophy. The designers most prestigious exhibition yet, was her museum show “NO FEAR OF GLASS” in December 2019. The intervention commissioned by Side Gallery in collaboration with the Mies Van de Rohe Foundation, consisted of five original works by the Dutch designer, meticulously placed within the Pavilion. The five pieces were designed to extrude from the architecture itself; two large chaise lounges were pulled up from the ground by extending the travertine floor to form a base, they were sliced with a singular sheet of curved glass which was seemingly pulled from the walls. The two materials met and became sculptural yet functional furniture pieces. Eight chrome columns provide the structural support for the roof of the pavilion. Marcelis introduced a ninth mirrored-glass column which functioned as a light and was placed in line with the structural columns, blending in seamlessly with the architecture, both in form and materiality. In the water pond outside the pavilion, a curved glass fountain could be seen bending the water upwards from the ground, and letting it spill over and back down. Marcelis won the 2020 Wallpaper Designer of Year Award, her material exploration continues to create surprising applications as her reputations reaches all corners of the world. The designer continues to be represented by Side Gallery where a number of her pieces can be seen, including the series, Voie Lights, Seeing Glass, Filter lights, Totem Lights, Candy Cubes and others. 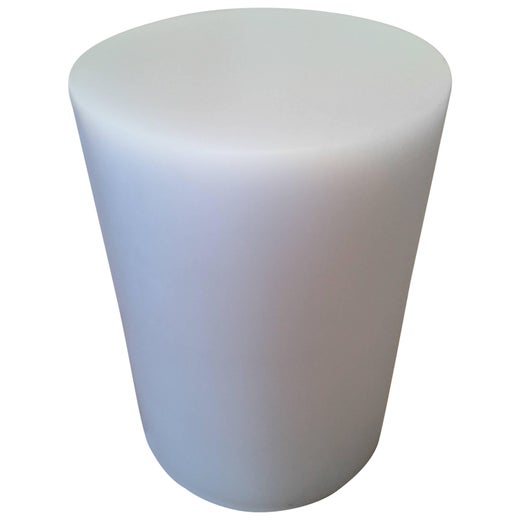 Dutch-Kiwi designer Sabine Marcelis’s work is at the forefront of contemporary material innovation in product and installation design. She works with glass manufacturers and more, forging partnerships across her industry to bring her ambitiously experimental projects to fruition.

Marcelis’s focus is on allowing happenstance sensory experiences to emerge by juxtaposing combinations of unlikely materials and colors. She was educated at the Design Academy Eindhoven and since founding her eponymous studio in 2011 in Rotterdam in the Netherlands, she has built a remarkable roster of clients in fashion, architecture and art. She has created signature pieces for the likes of Rem Koolhaas’s architecture firm OMA, high-fashion labels Fendi and Isabel Marant and luxury beauty brand Aēsop. She has also exhibited at the Salone del Mobile in Milan and won Wallpaper* magazine’s Designer of the Year award for 2020.

Marcelis was invited to create a sculptural intervention for the interiors of Ludwig Mies van der Rohe and Lily Reich’s iconic Barcelona Pavilion, which saw the debut of the pair’s timeless Barcelona chair in 1929. For her “No Fear of Glass” exhibition, the designer subverted the original request made to van der Rohe to “not use too much glass” by designing chaise longues, pillar lights and a fountain that feature glass as the main material. The rest of her work is informed by a similarly sophisticated playfulness, as evident in the charming forms she creates — she has designed doughnut-shaped rugs, the multifunctional resin Candy Cube side tables and colorful asymmetrical glass mirrors.

Marcelis has the rare ability to create dynamic and fluid experiences by pushing the limits of craftsmanship. While her enchanting seating, lighting and other furnishings may appear effortless due to their fluid and simple forms, they are the result of relentless attention to detail and venturesome experiments with materiality.

Shop a variety of Sabine Marcelis's designs on 1stDibs.

About the Seller
3.0
Located in Barcelona, Spain
Vetted Seller
These experienced sellers undergo a comprehensive evaluation by our team of in-house experts.
Established in 2015
1stDibs seller since 2016
71 sales on 1stDibs
Typical response time: 18 hours
More From This Seller

$7,995
Aura Light Ceiling Pendant Lamp by Sabine Marcelis
By Sabine Marcelis
Located in Copenhagen, DK
Harnessing Marcelis’ expertise in colour, the suspended cylinder bar of the Aura Light can stand alone or work as part of a grouping. Over a metre in length, the design is made from ...
Category

$5,117
Single Aura Suspension Light by Sabine Marcelis in Yellow or Rose
By Sabine Marcelis
Located in London, GB
Harnessing Marcelis’ expertise in color, the suspended cylinder bar of the Aura Light can stand alone or work as part of a grouping. Over a metre in length, the design is made from ...
Category

$1,800
Totem Floor Lamp by Mascia Meccani #13
By Meccani Design
Located in Milan, IT
This floor lamp is a signed and numbered original design by Mascia Meccani, resulting from a dedicated artisan manufacturing process. The silhouette sits on a carved durmast base and...
Category

$3,515 / item
Totem Floor Lamp by Mascia Meccani #16
By Meccani Design
Located in Milan, IT
This sculptural floor lamp inspired by the fierce design of totem poles will be the focal point in a modern bedroom or living room. Its towering structure combines solid cherry cylin...
Category

$3,515 / item
Totem Floor Lamp by Mascia Meccani #18
By Meccani Design
Located in Milan, IT
A singular and captivating design of strong visual impact, this floor lamp inspired by totem poles is sure to be the focal point in a modern living room or home office. Combining cer...
Category