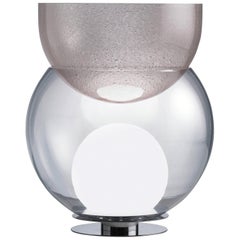 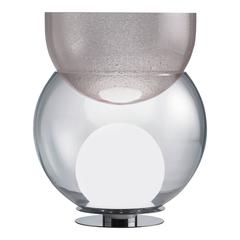 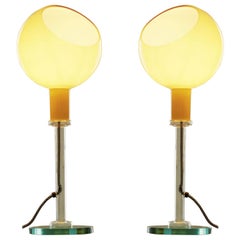 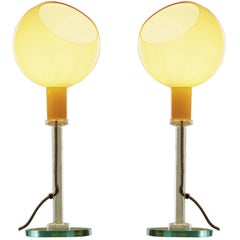 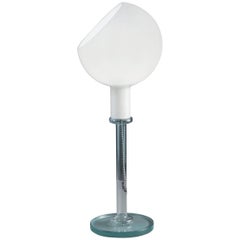 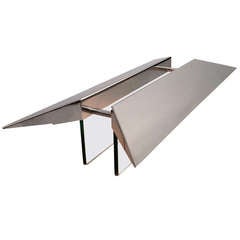 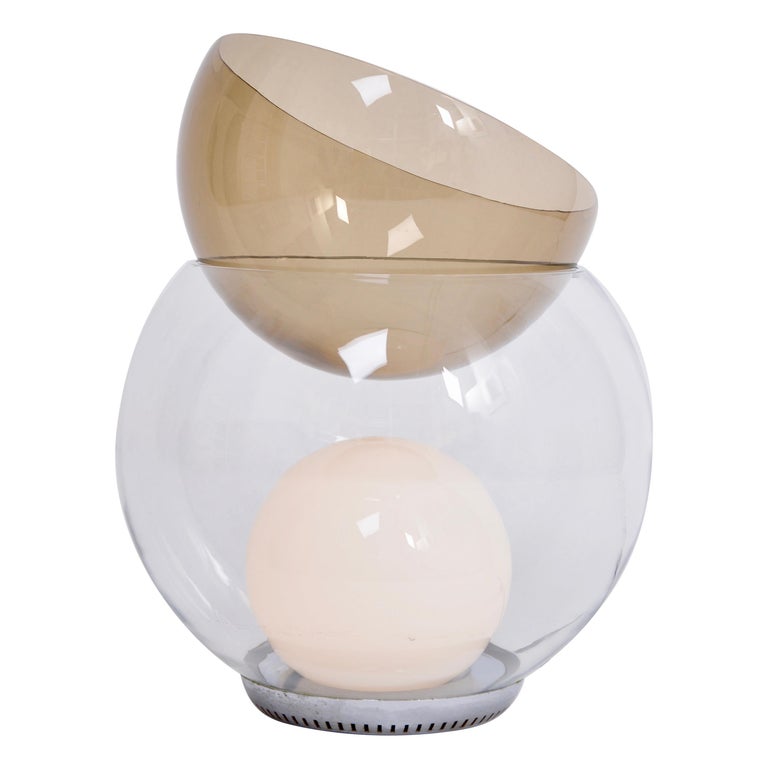 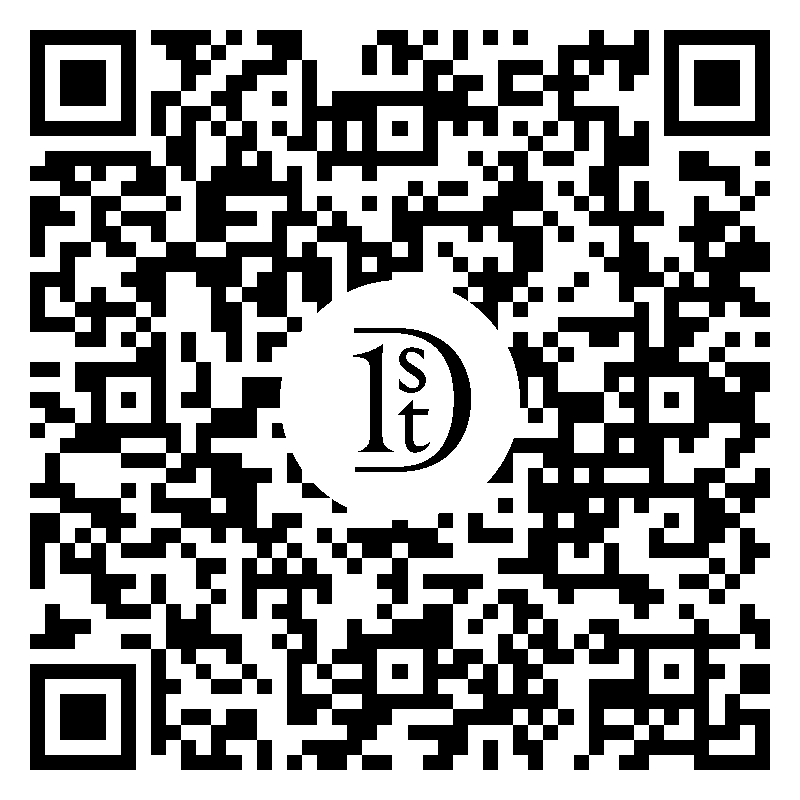 Vintage Mid-Century Modern "Giova" Table Lamp Designed by Gae Aulenti for Fontana Arte in 1964 This spectacular lamp is made up of three half glass spheres: an internal white diffuser, a transparent outer one and another tobacco colored one, which can be used as a flower vase and can be moved. The base is chrome-colored metal. Inside the white diffuser there is a LED E27 bulb. This is an original vintage lamp, it's not a current production. The condition is good, no breaks, only traces of oxidation and wear on the base.

The Italian architect and designer Gae Aulenti will forever be best remembered for her work with museums, in particular her 1980-86 renovation of a Beaux Arts Paris train station to create the galleries of the Musée d’Orsay. Aulenti — whose first name, short for Gaetana, is pronounced “guy” — should also be recalled for her tough intellectual spirit and for working steadily when few women found successful architectural careers in postwar Italy.

Commissions for showrooms and other corporate spaces brought Aulenti to furniture design. She felt that furniture should never dominate a room. Her chairs and sofas — low-slung, with rounded enameled metal frames and ample seats — and tables, particularly her 1972 marble “Jumbo” coffee table for Knoll, project solidity and sturdiness. In lighting design, however, Aulenti is bravura. Each work has a marvelous sculptural presence. Pieces such as her “Pipistrello” table lamp and “Quadrifoglio” pendant are a perfect marriage of organically-shaped glass and high-tech fixtures. Others have a futuristic elegance—and some even have a touch of personality. Aulenti’s “Pileino” and “La Ruspa” table lamps each look almost like little robots. Her lighting pieces are an artful grace note in the career of a woman who believed in strength.

No Reviews Yet
Vetted
1stdibs seller since 2016
Typical response time: <1 hour
Located in Berlin, DE
More From This Seller