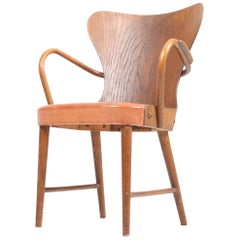 Pair of Armchairs in Oak and Patinated Leather by Fritz Hansen, 1940s 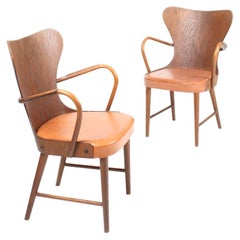 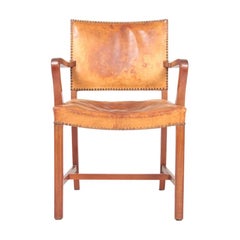 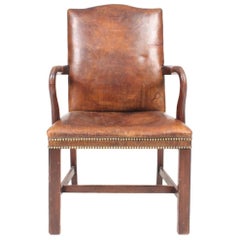 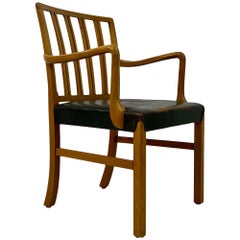 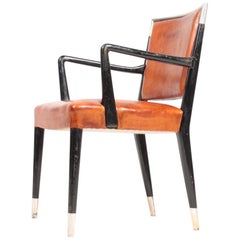 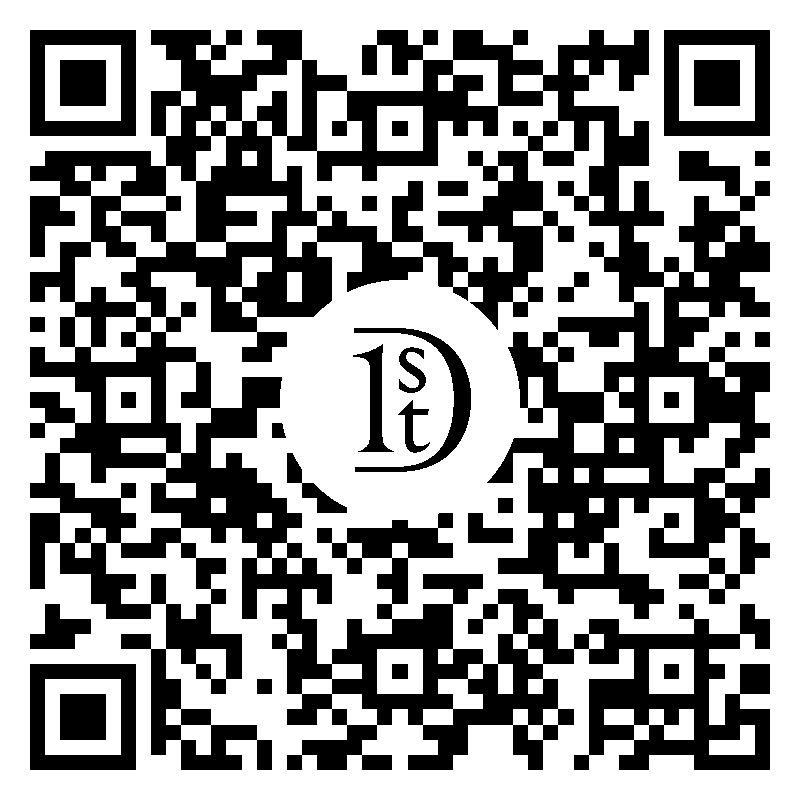 Armchair in patinated leather designed and made by Fritz Hansen in 1940s. Original condition.

When the Copenhagen-based furniture maker Fritz Hansen opened for business more than 140 years ago, the company — which today styles itself The Republic of Fritz Hansen — adhered to the traditional, time-honored Danish values of craftsmanship in woodworking and joinery. Yet thanks to the postwar innovations of Arne Jacobsen and others, Fritz Hansen would become the country’s leader in modernist design using new, forward-looking materials and methods.

Fritz Hansen started his company in 1872, specializing in the manufacture of small furniture parts. In 1915, the firm became the first in Denmark to make chairs using steam-bent wood (a technique most familiar from birch used in the ubiquitous café chairs by Austrian maker Thonet). At the time, Fritz Hansen was best known for seating that featured curved legs and curlicue splats and referenced 18th-century Chippendale designs. In the next few decades, the company promoted simple, plain chairs with slatted backs and cane or rush seats designed by such proto-modernist masters as Kaare Klint and Søren Hansen. Still, the most aesthetically striking piece Fritz Hansen produced in the first half of the 20th century was arguably the China chair of 1944 by Hans Wegner — and that piece, with its yoke-shaped bentwood back- and armrest, was based on seating manufactured in China during the Ming dynasty. (Wegner was moved by portraits he’d seen of Danish merchants in the Chinese chairs.)

Everything changed in 1952 with Arne Jacobsen’s Ant chair. The collaboration between the architect and Fritz Hansen officially originated in 1934 — that year, Jacobsen created his inaugural piece for the manufacturer, the solid beechwood Bellevue chair for a restaurant commission. The Ant chair, however, was the breakthrough. Designed by Jacobsen for the cafeteria of a Danish healthcare company called Novo Nordisk, the Ant was composed of a seat and backrest formed from a single piece of molded plywood attached, in its original iteration, to three tubular metal legs. Its silhouette suggests the shape of the insect’s body, and the lightweight, stackable chair and its biomorphic form became an international hit.

About the Seller
4.4 / 5
Located in Lejre, Denmark
Gold Seller
These expertly vetted sellers are highly rated and consistently exceed customer expectations.
Established in 1999
1stDibs seller since 2014
210 sales on 1stDibs
Typical response time: 3 hours
More From This Seller
View All From Seller