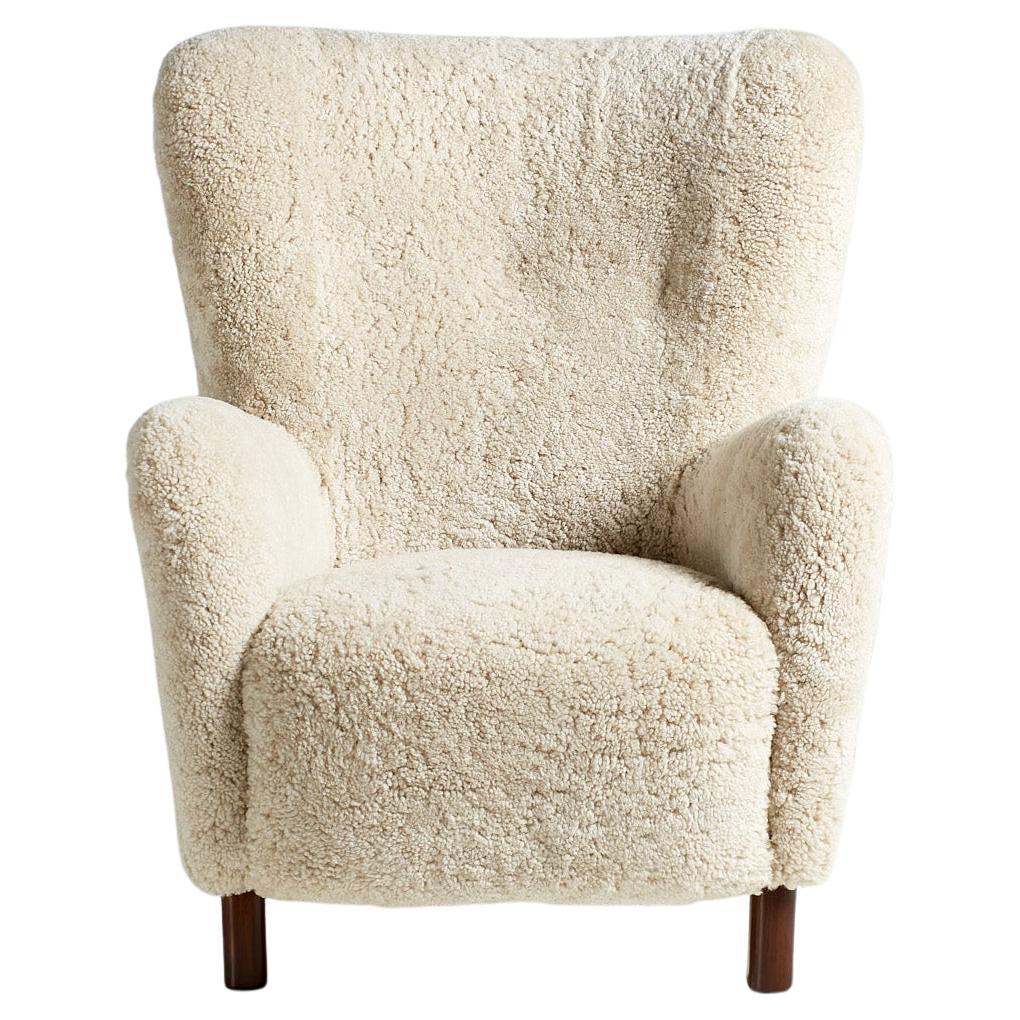 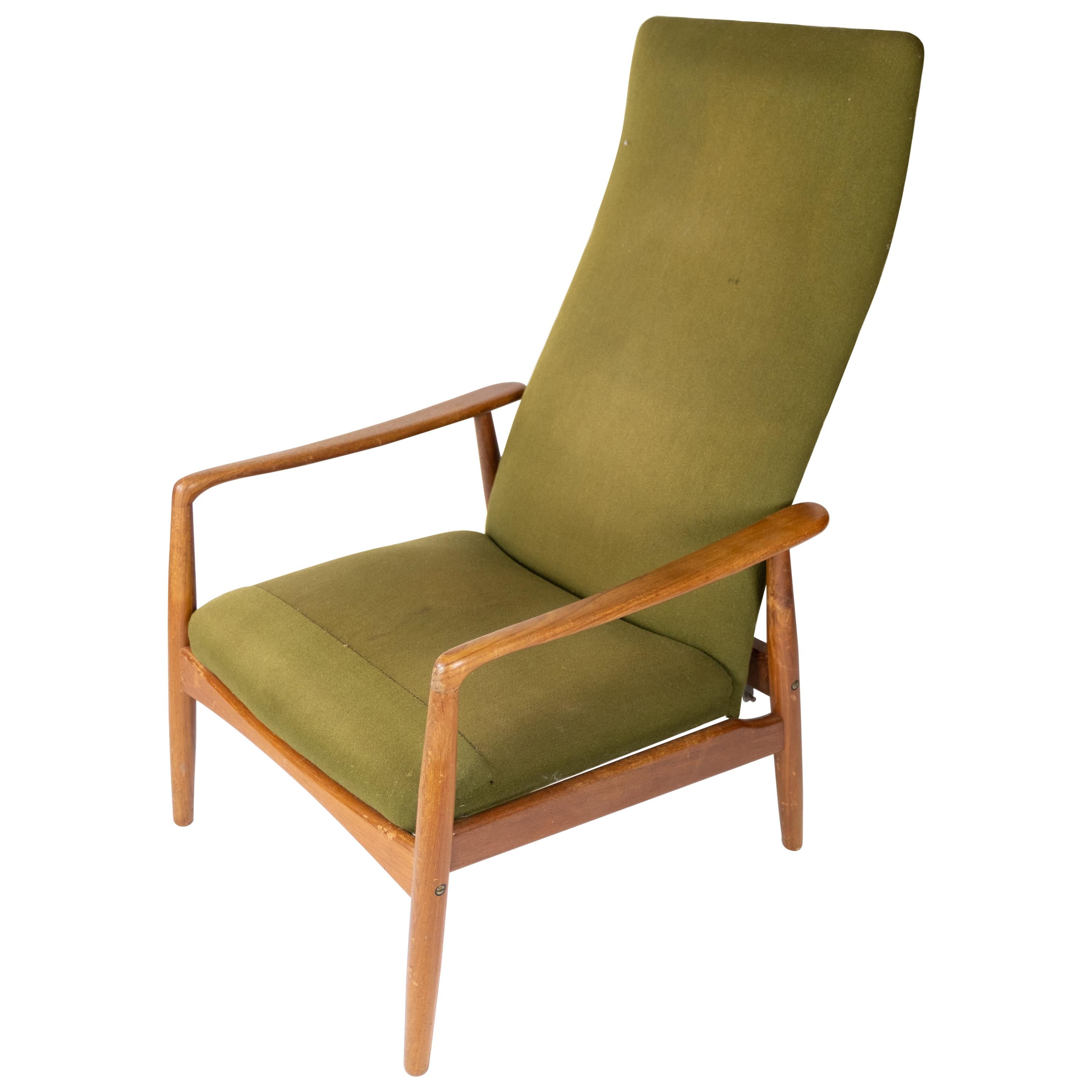 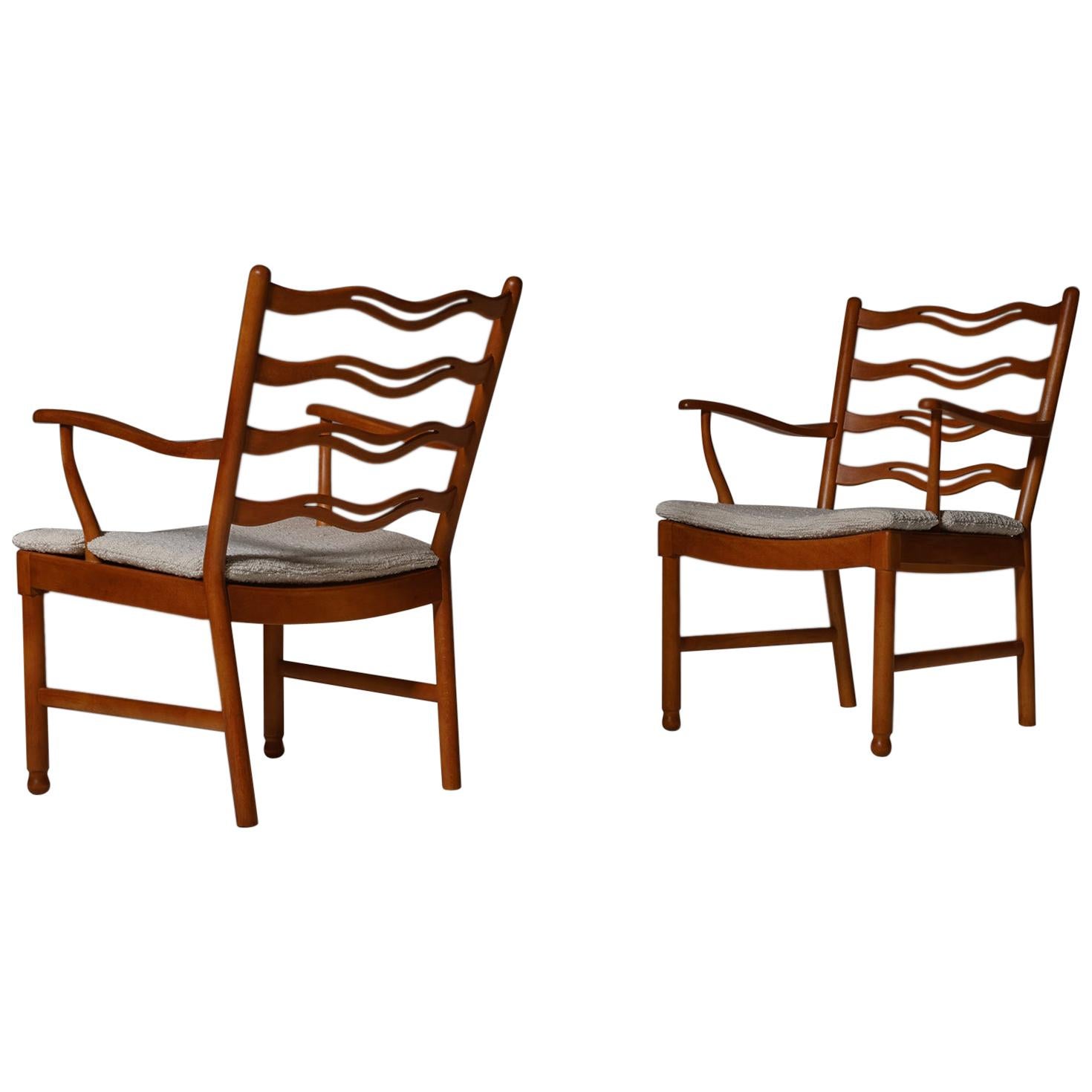 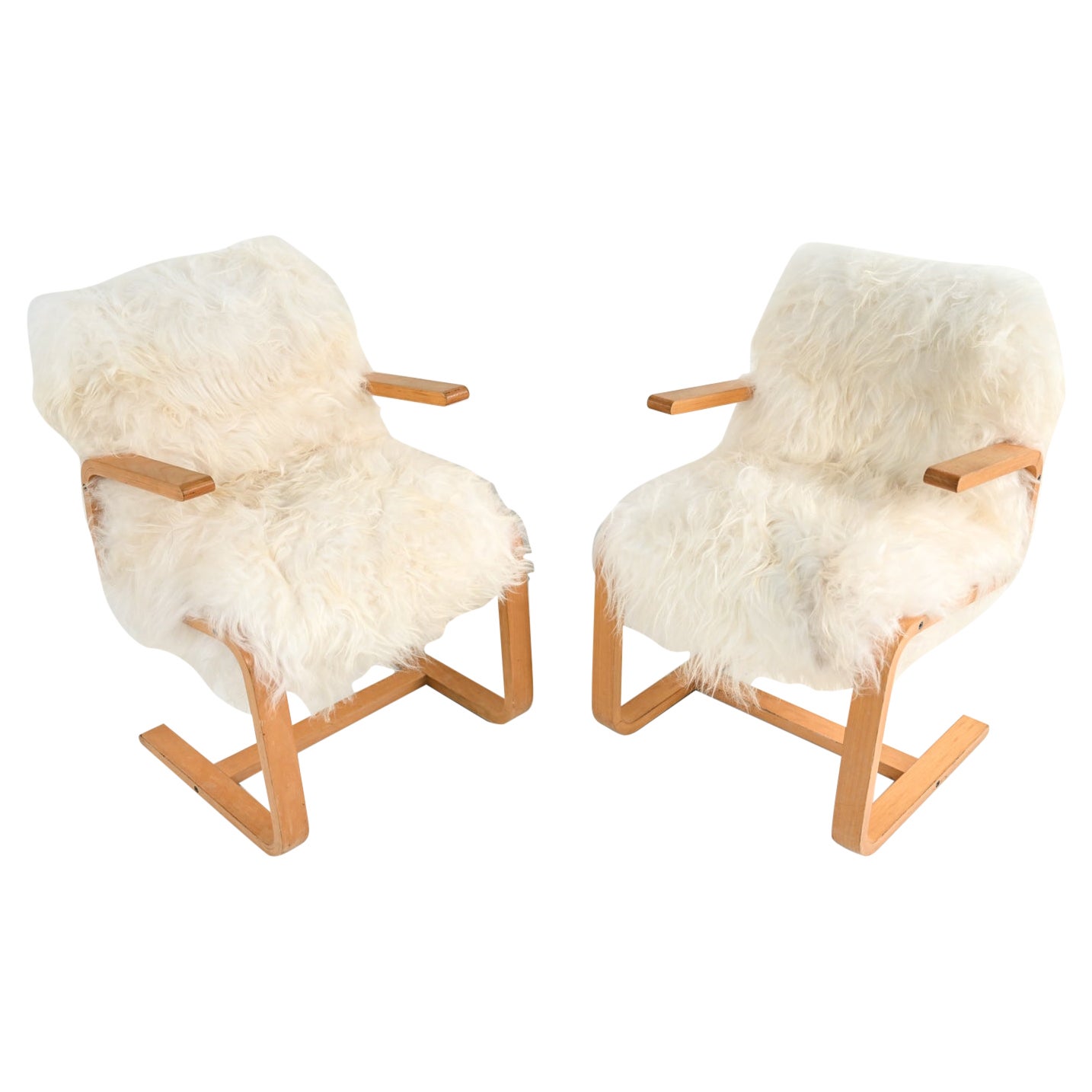 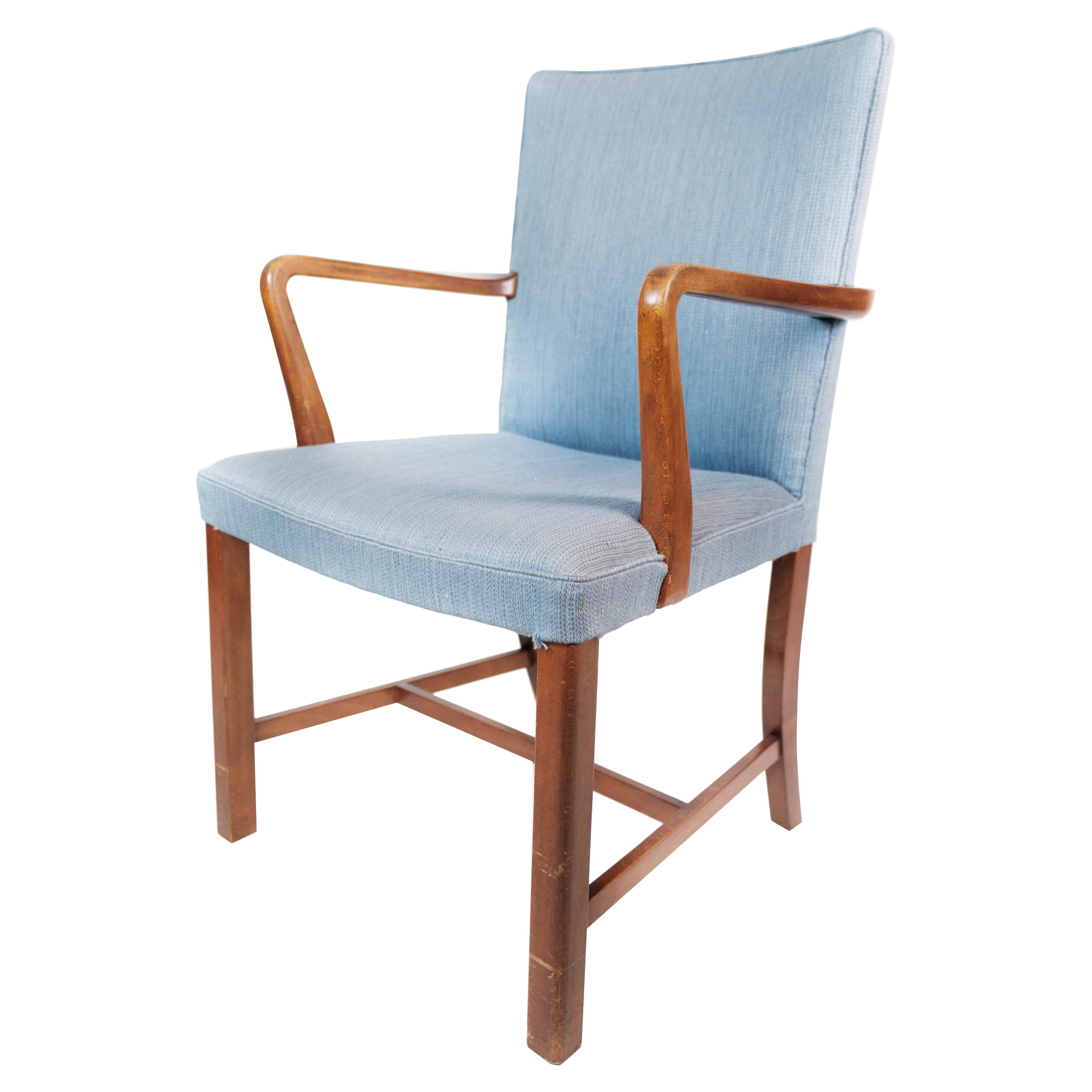 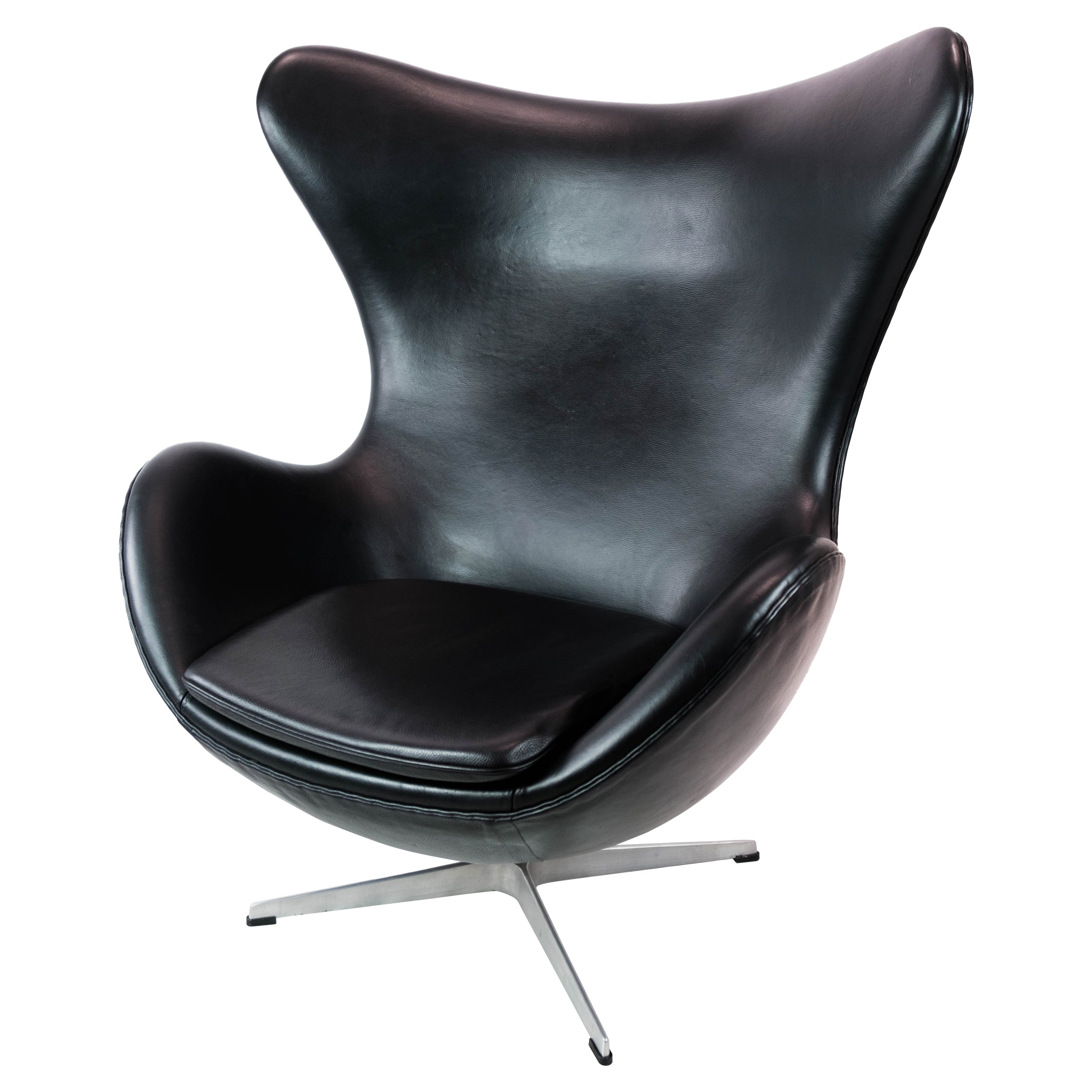 Set of Armchairs by Fritz Hansen from the 1960s 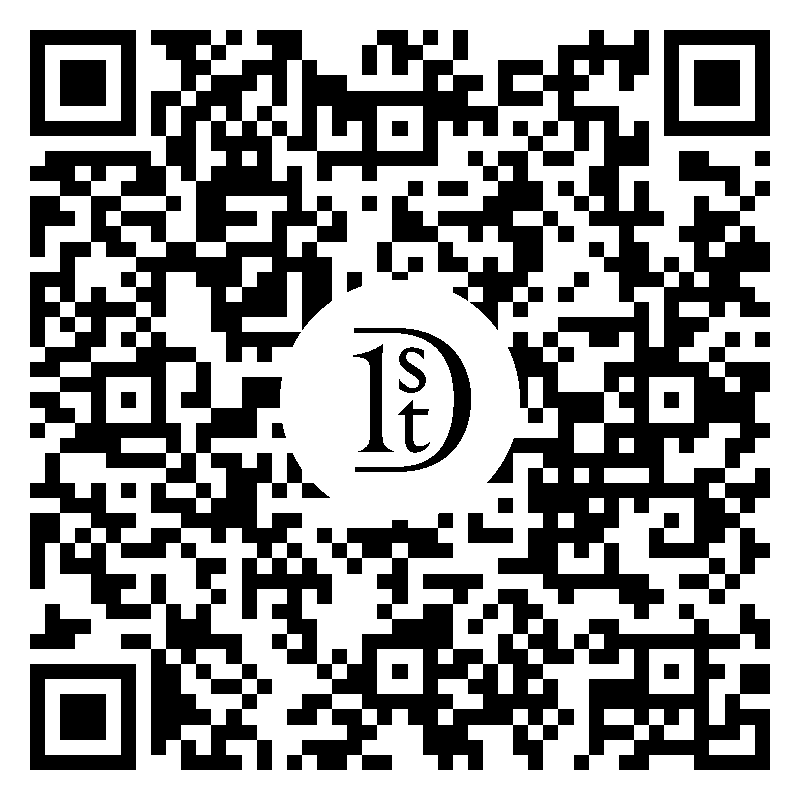 Set of armchairs by Fritz Hansen from the 1960s. The chairs are upholstered with dark turquoise wool fabric and legs of rosewood. The pair is in great vintage condition. 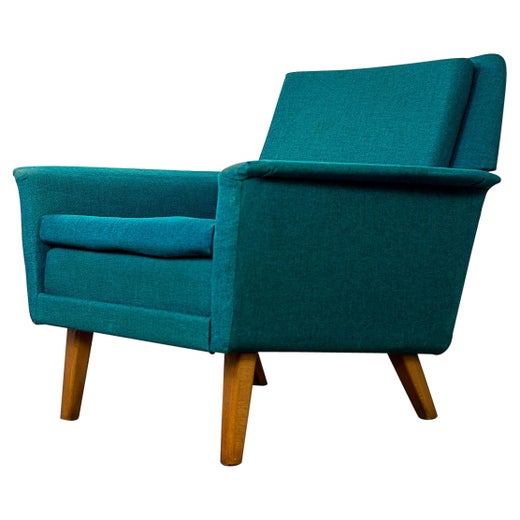 When the Copenhagen-based furniture maker Fritz Hansen opened for business more than 140 years ago, the company — which today styles itself The Republic of Fritz Hansen — adhered to the traditional, time-honored Danish values of craftsmanship in woodworking and joinery. Yet thanks to the postwar innovations of Arne Jacobsen and others, Fritz Hansen would become the country’s leader in Scandinavian modern design using new, forward-looking materials and methods.

Everything changed in 1952 with Arne Jacobsen’s Ant chair. The collaboration between the architect and Fritz Hansen officially originated in 1934 — that year, Jacobsen created his inaugural piece for the manufacturer, the solid beechwood Bellevue chair for a restaurant commission. The Ant chair, however, was the breakthrough.

With assistance from his then-apprentice Verner Panton, Jacobsen designed the Ant chair for the cafeteria of a Danish healthcare company called Novo Nordisk. The chair was composed of a seat and backrest formed from a single piece of molded plywood attached, in its original iteration, to three tubular metal legs. Its silhouette suggests the shape of the insect’s body, and the lightweight, stackable chair and its biomorphic form became an international hit.

Find a collection of vintage Fritz Hansen tables, lounge chairs, sofas and other furniture on 1stDibs.

1stDibs Buyer Protection Guaranteed
If your item arrives not as described, we’ll work with you and the seller to make it right. Learn More
About the Seller
4.8
Located in Lejre, Denmark
Gold Seller
These expertly vetted sellers are highly rated and consistently exceed customer expectations.
Established in 1986
1stDibs seller since 2015
317 sales on 1stDibs
Typical response time: 6 hours
More From This SellerView All
People Also Browsed
You May Also Like
Featured in Rare Finds: Shop our best valuesView All