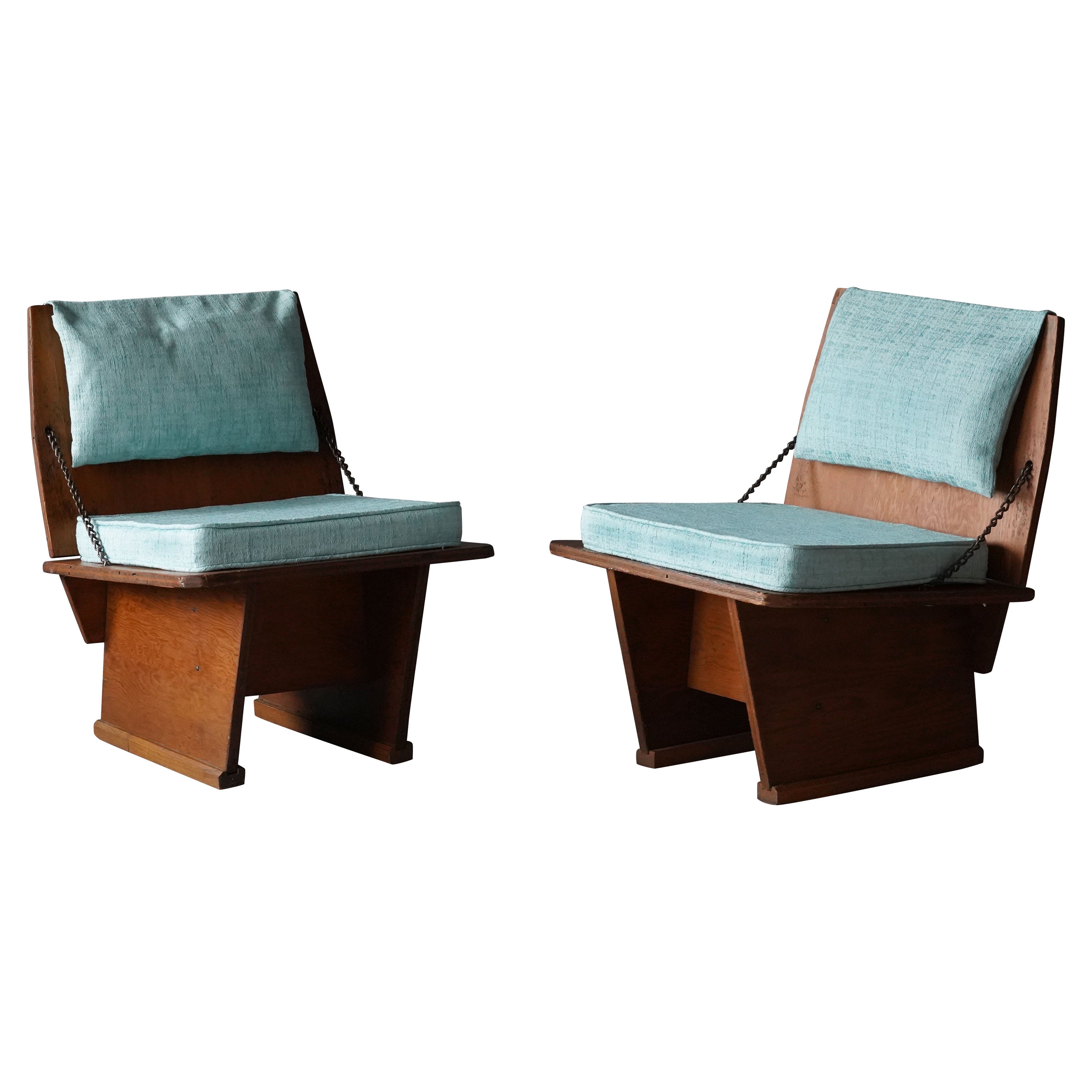 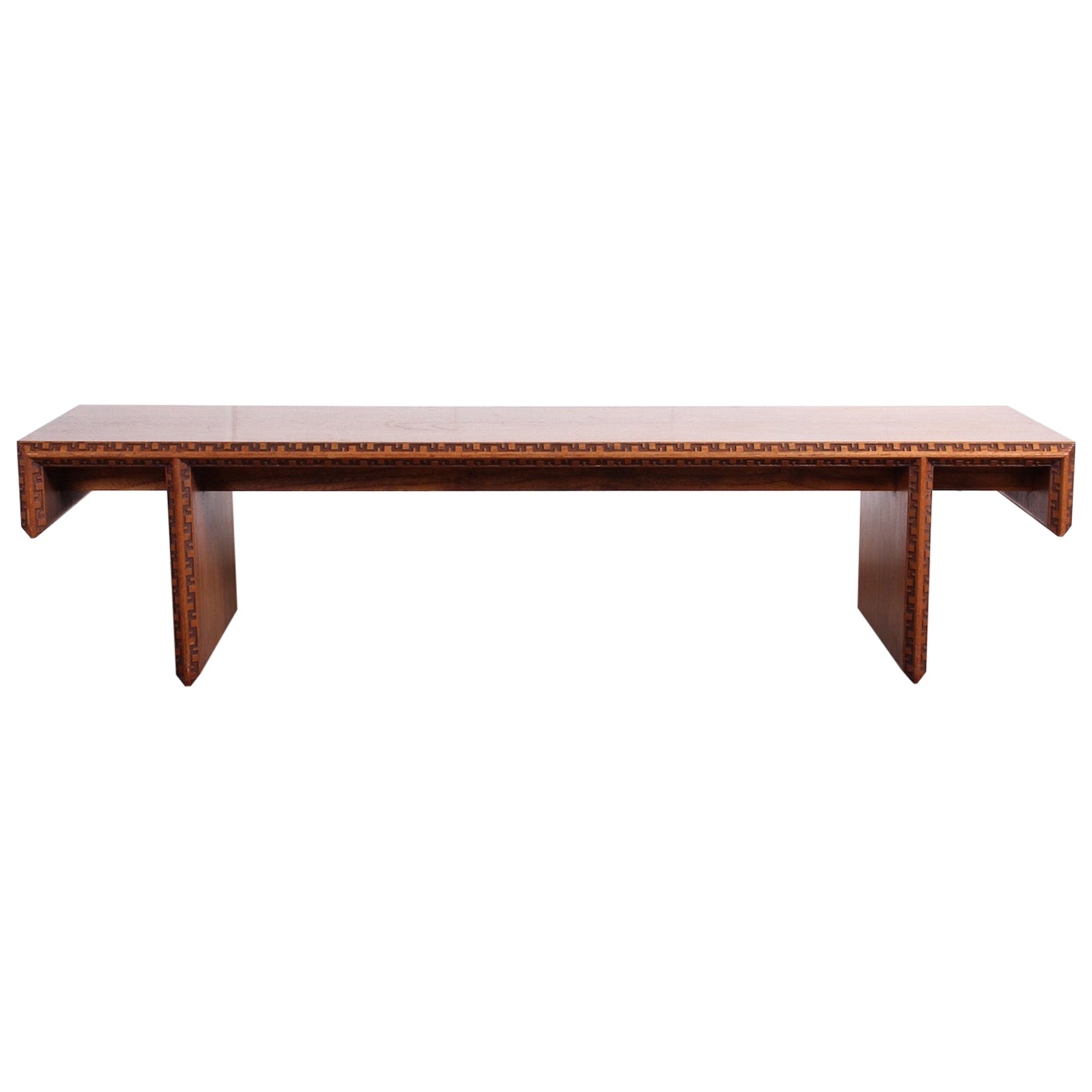 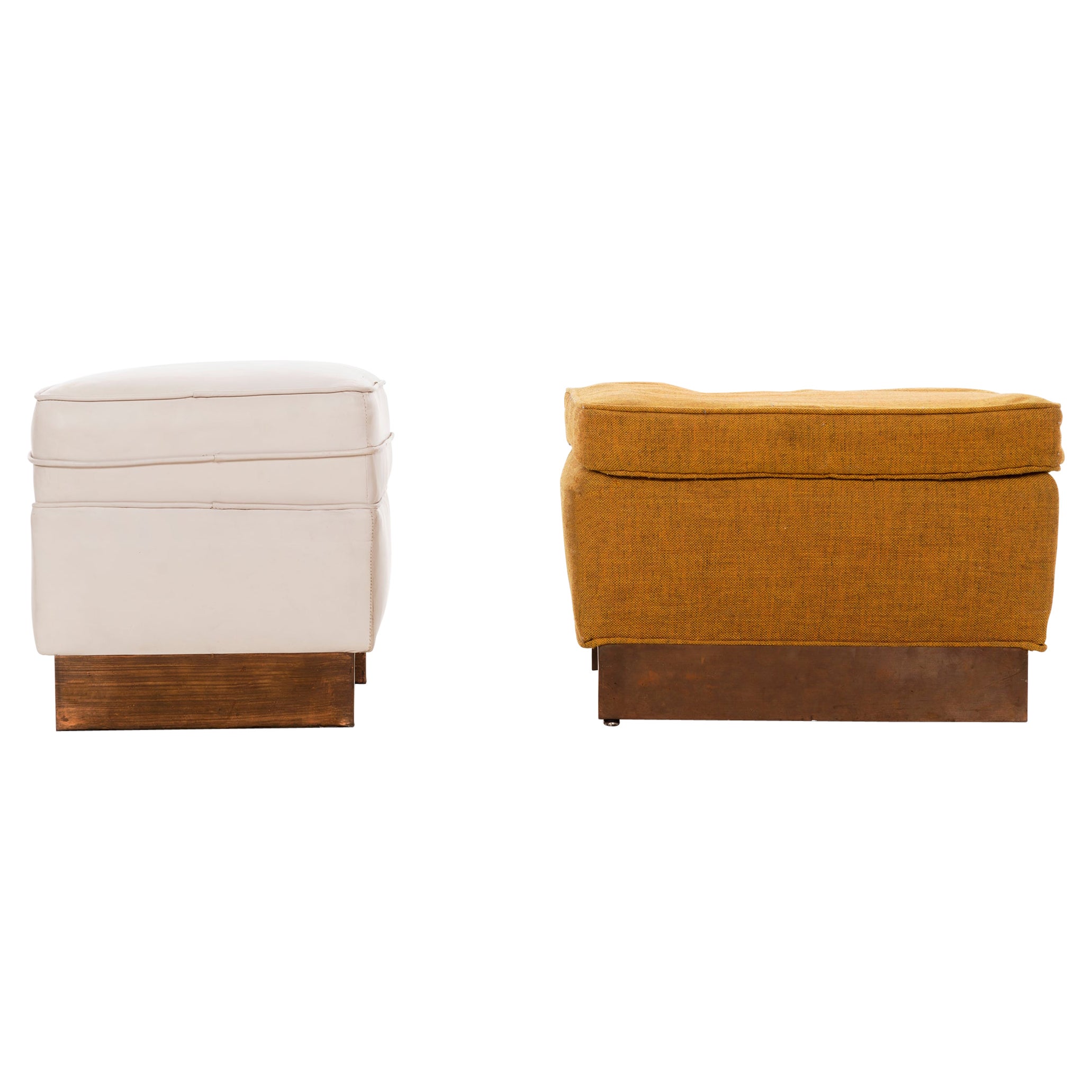 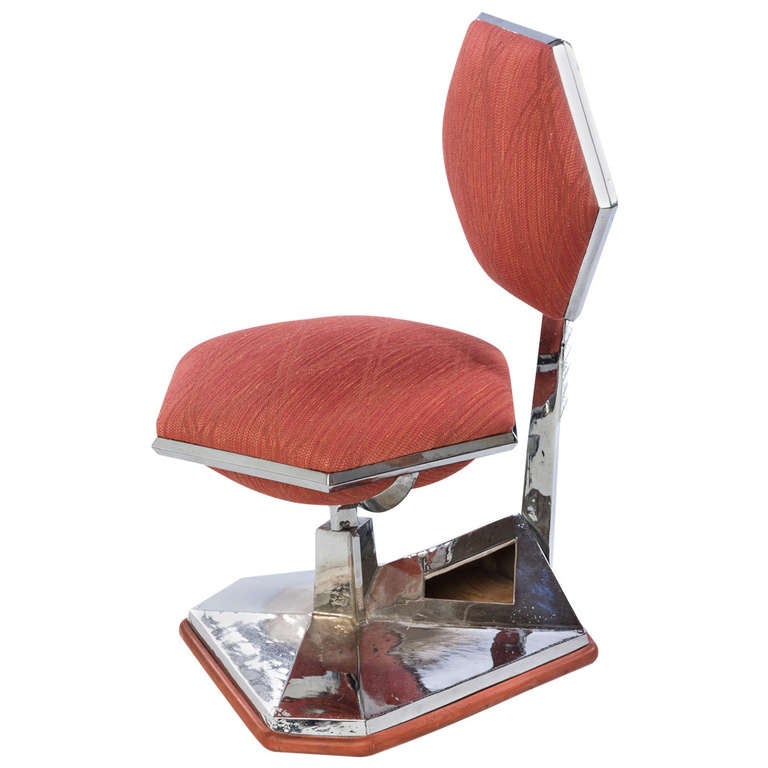 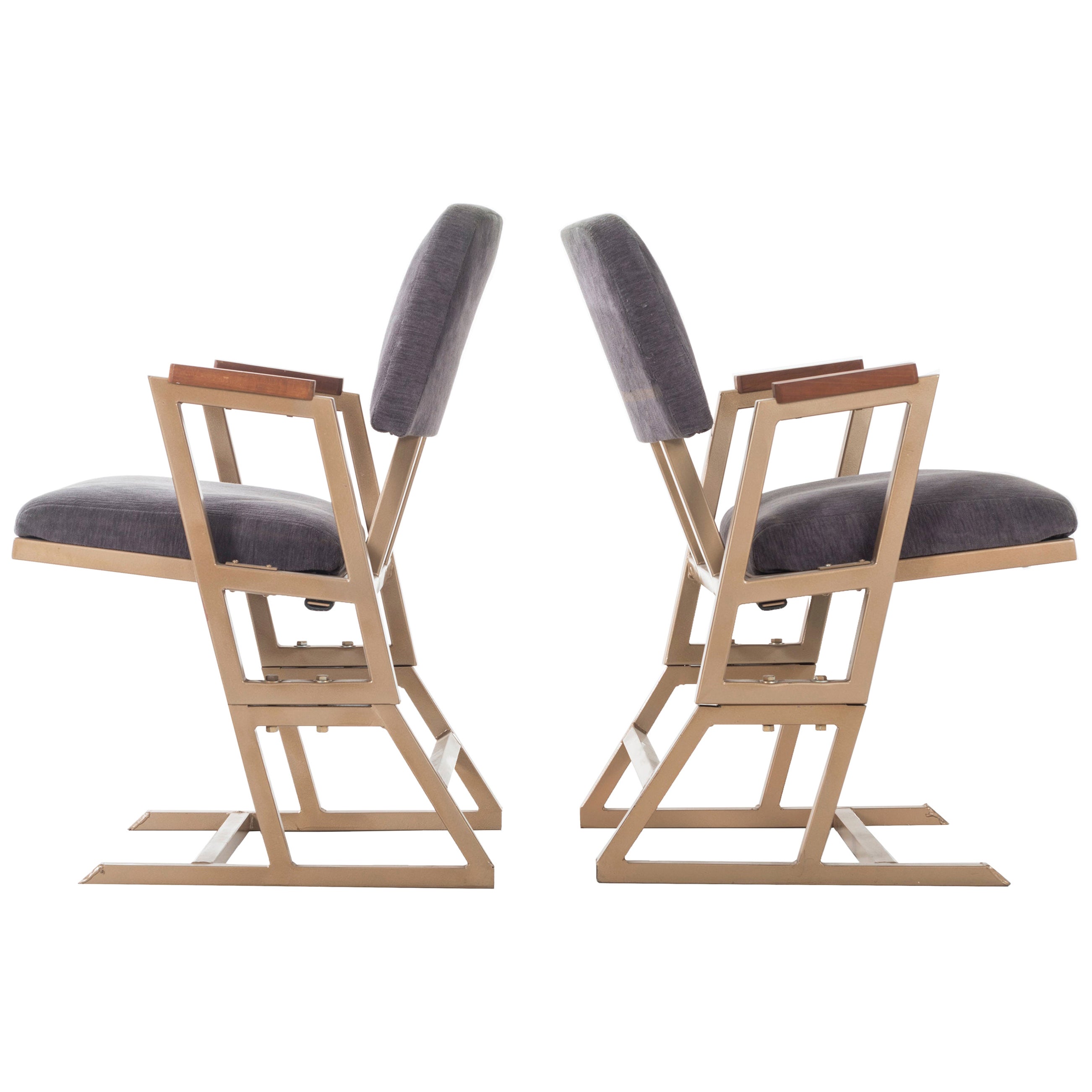 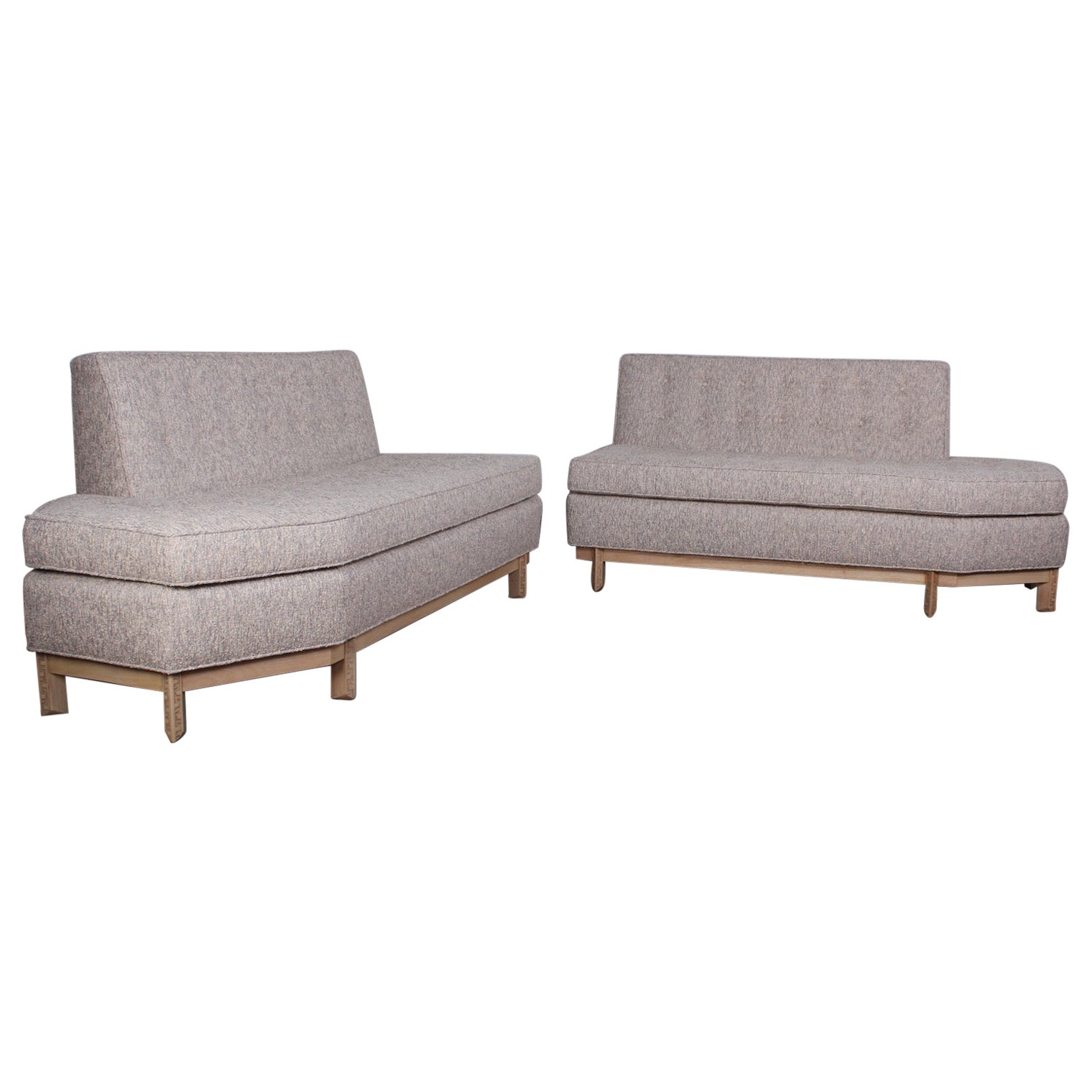 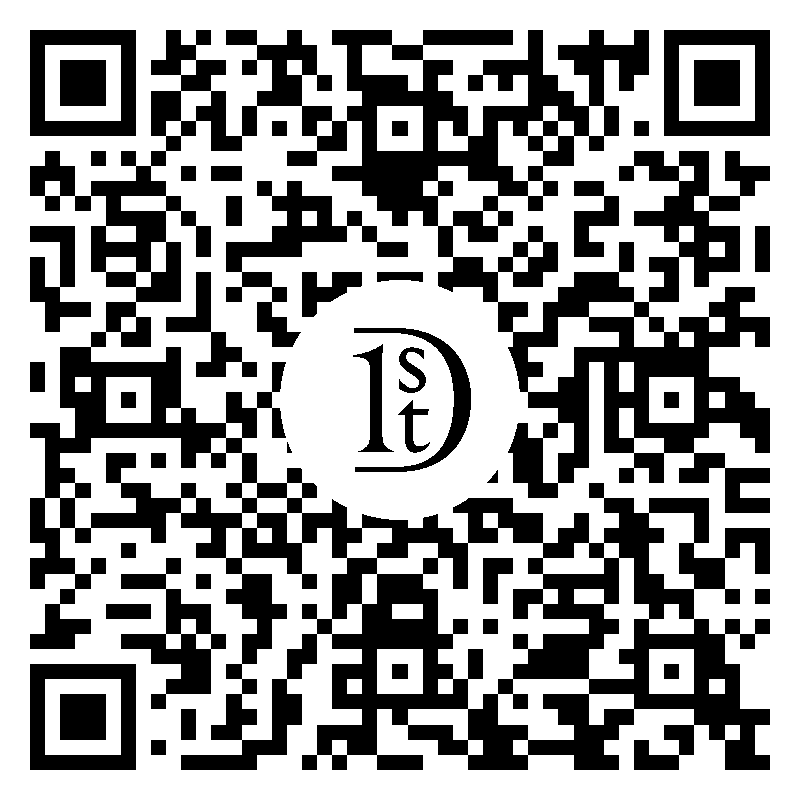 This trio of hinged bench seats and one table were designed by Frank Lloyd Wright and completed in 1951 for the Unitarian Meeting House, which Wright also designed, at 900 University Bay Drive, Shorewood Hills, Madison, Wisconsin. The components of each of these pieces were created at Wright's Taliesin studio and then assembled at the Unitarian Meeting House by apprentices under Wright's direction. Wright was a member of this congregation and personally helped raise funds to complete the project. These pieces were used for over thirty years at the Meeting House. The building itself is a US National Historic Landmark. Please see the images for photographs of the pieces in their original installations, and for authenticating documentation from the Frank Lloyd Wright Memorial Foundation. Standard Bench: 29" H, 42" W, 21" D Low Bench: 22" H, 42" W, 21" D Single Bench: 29" H, 21" W, 21" D 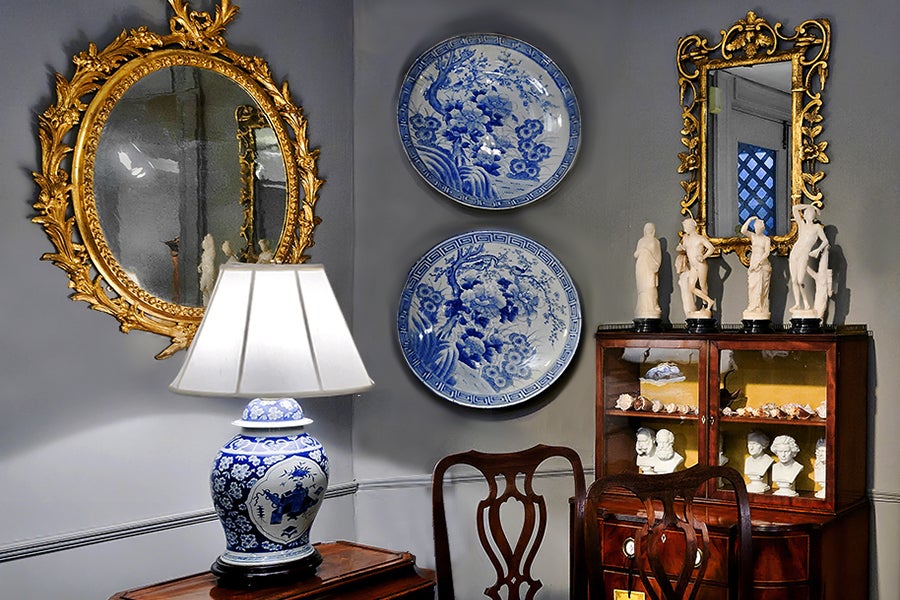 About the Seller
5 / 5
Located in New York, NY
Recognized Seller
These prestigious sellers are industry leaders and represent the highest echelon for item quality and design.
Established in 1996
1stDibs seller since 2004
48 sales on 1stDibs
Typical response time: 11 hours
Associations
The Art and Antique Dealers League of AmericaAntiques Associations Members
More From This Seller
View All From Seller