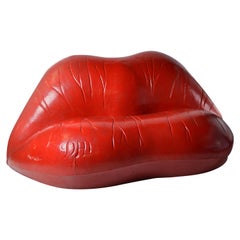 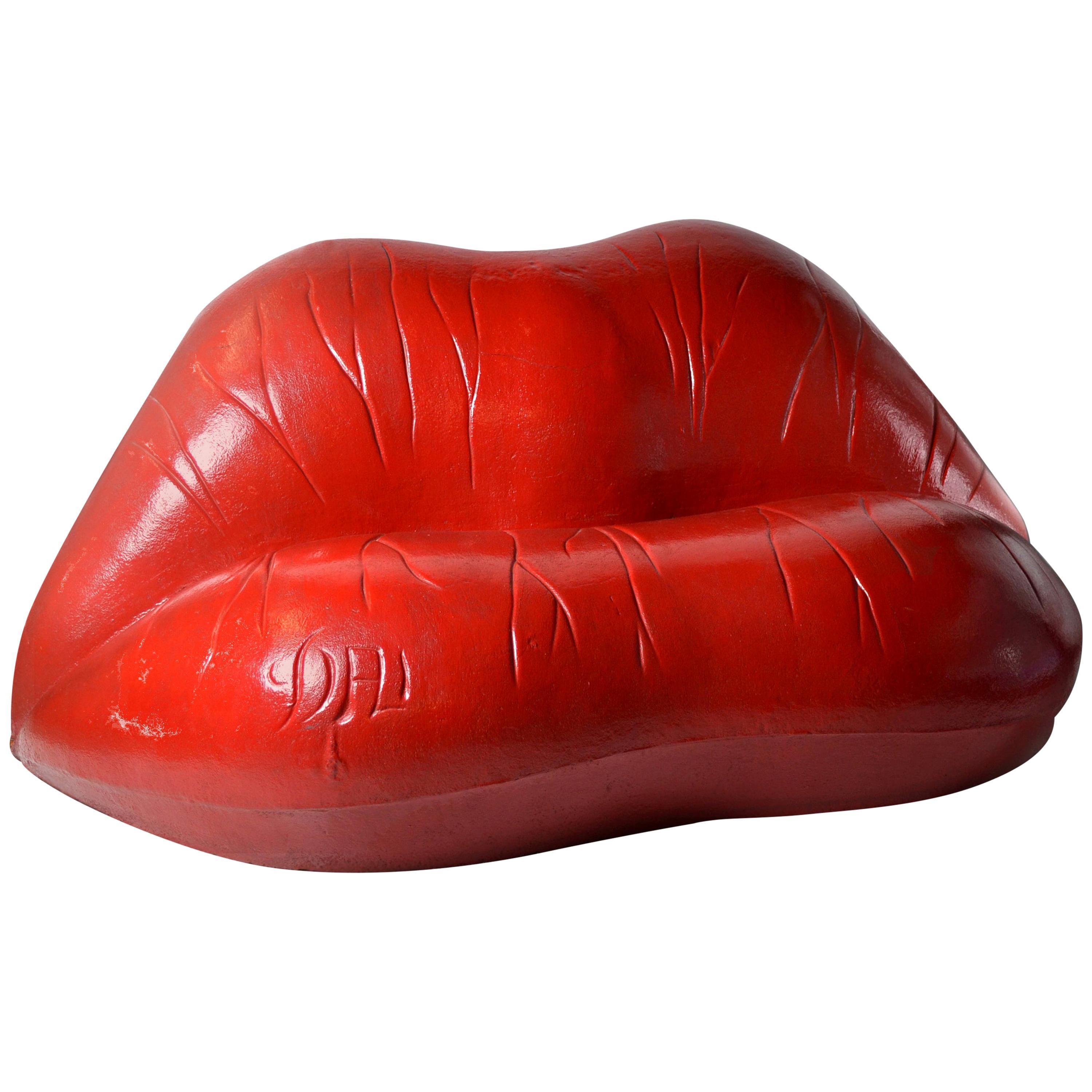 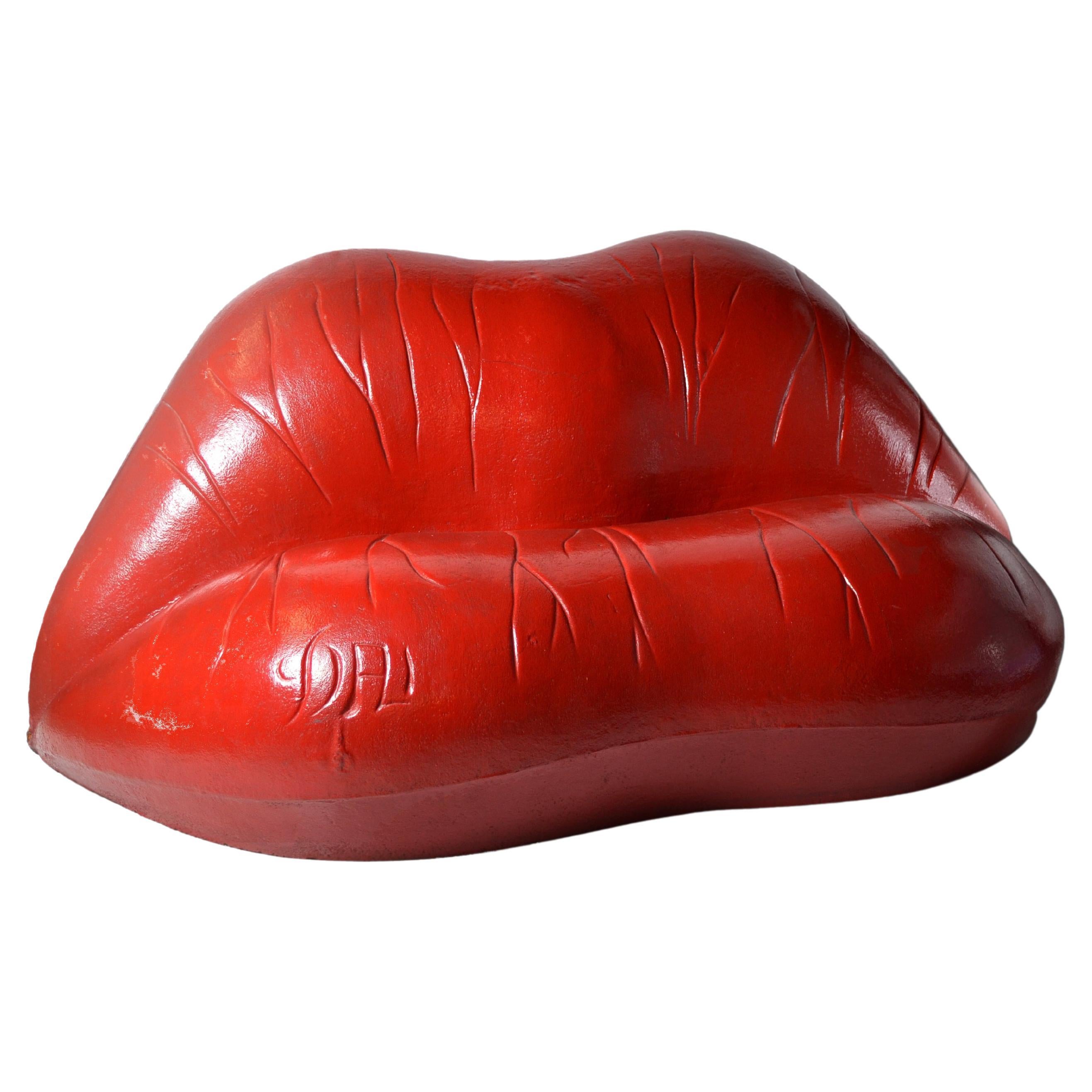 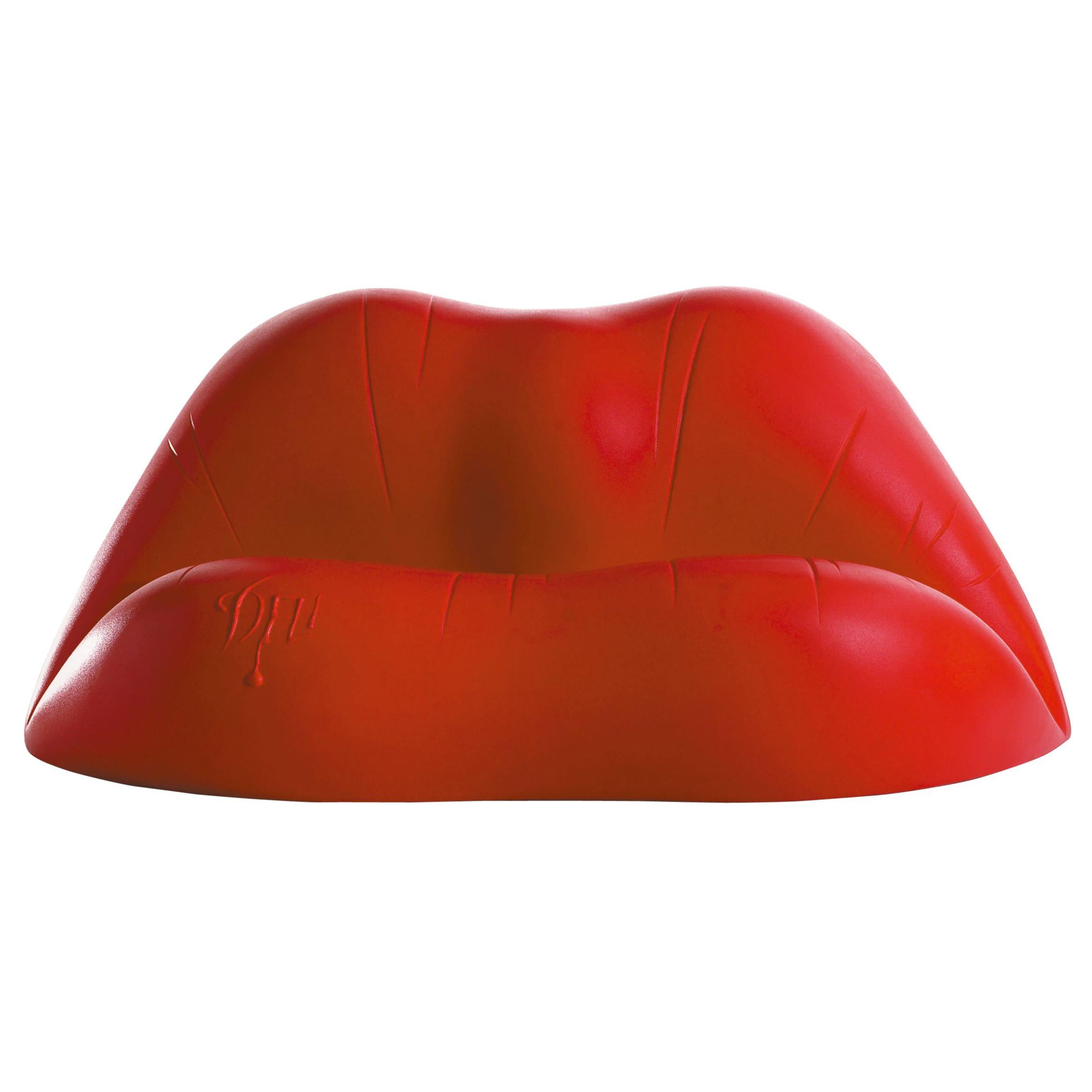 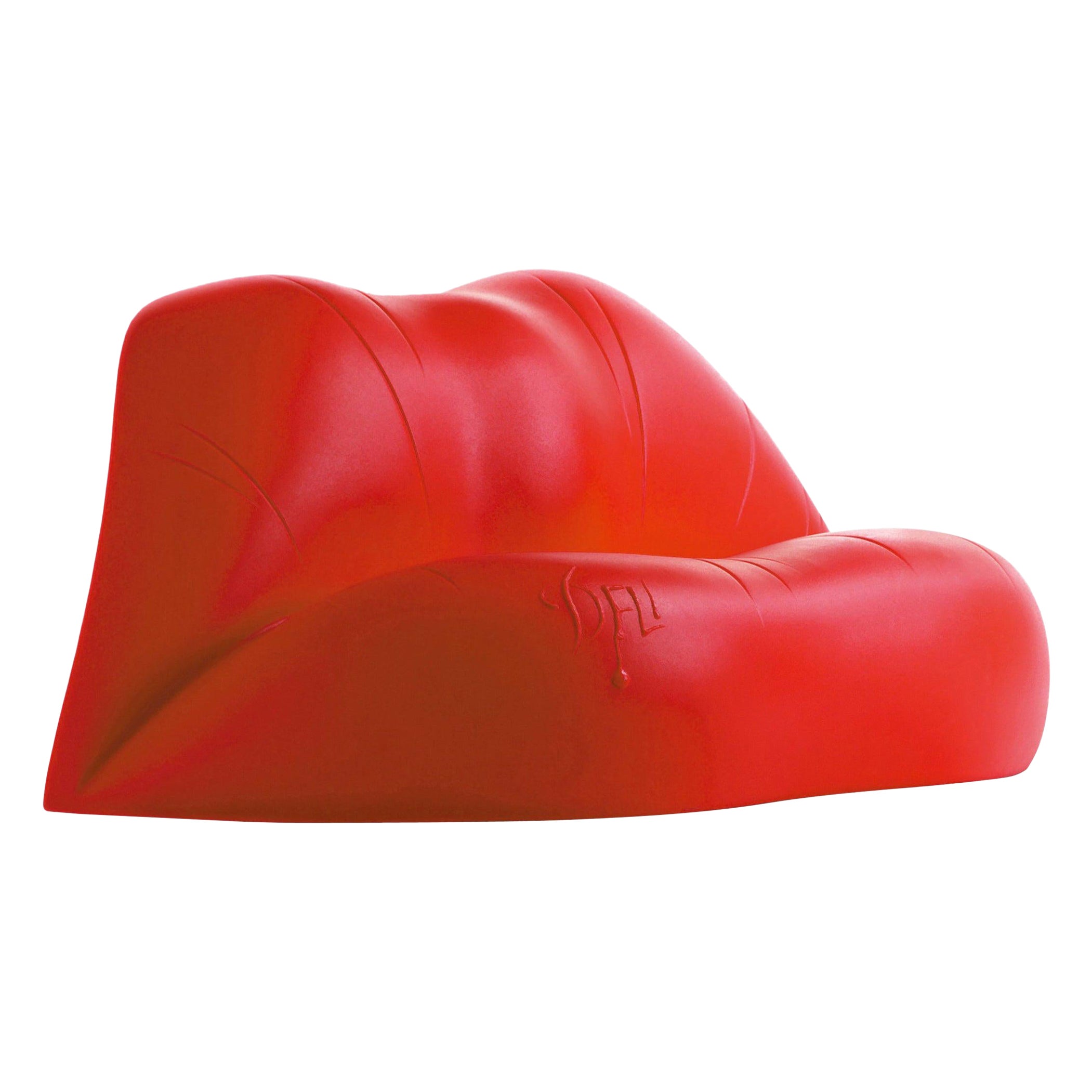 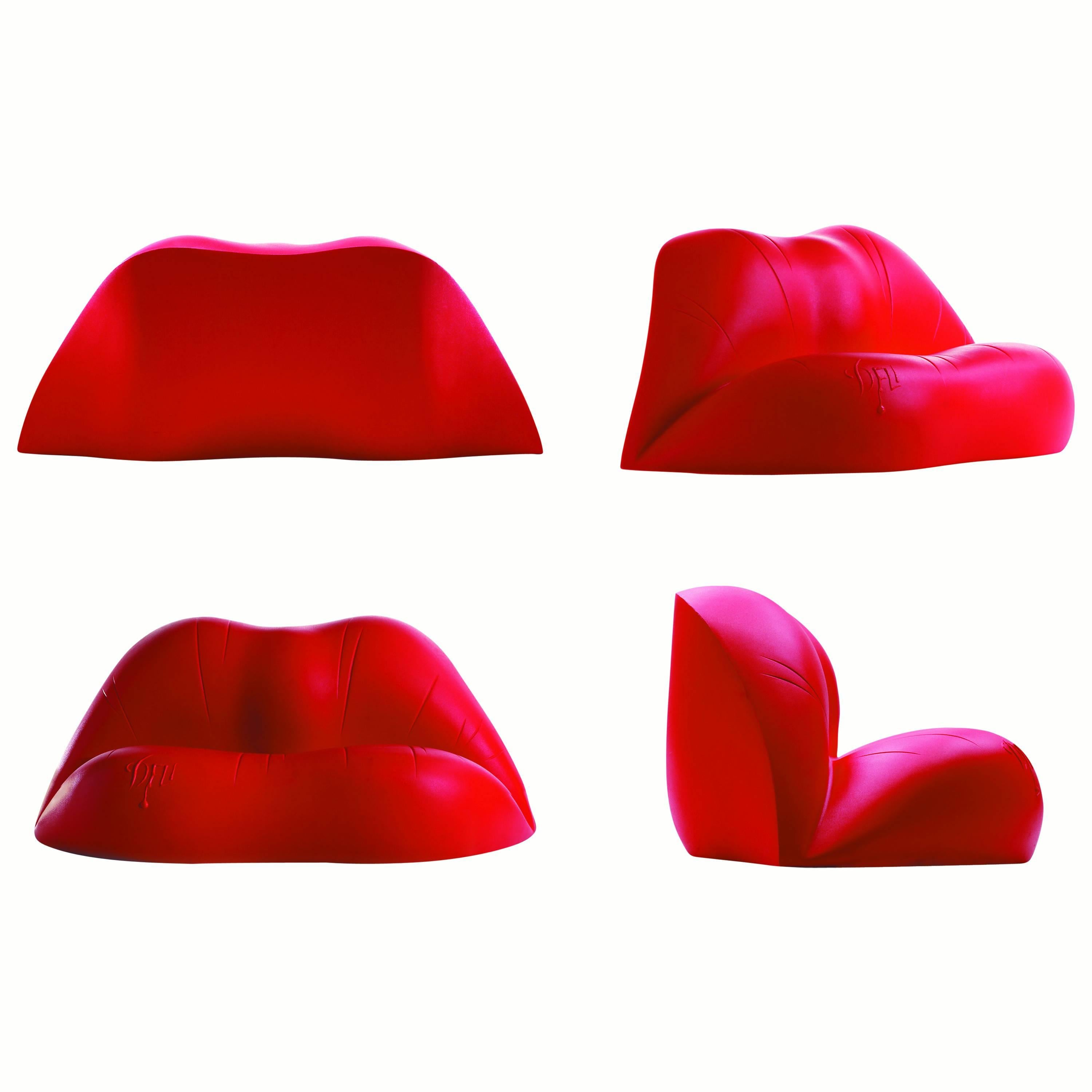 Pink Lips Sofa in the Style of Salvador Dali 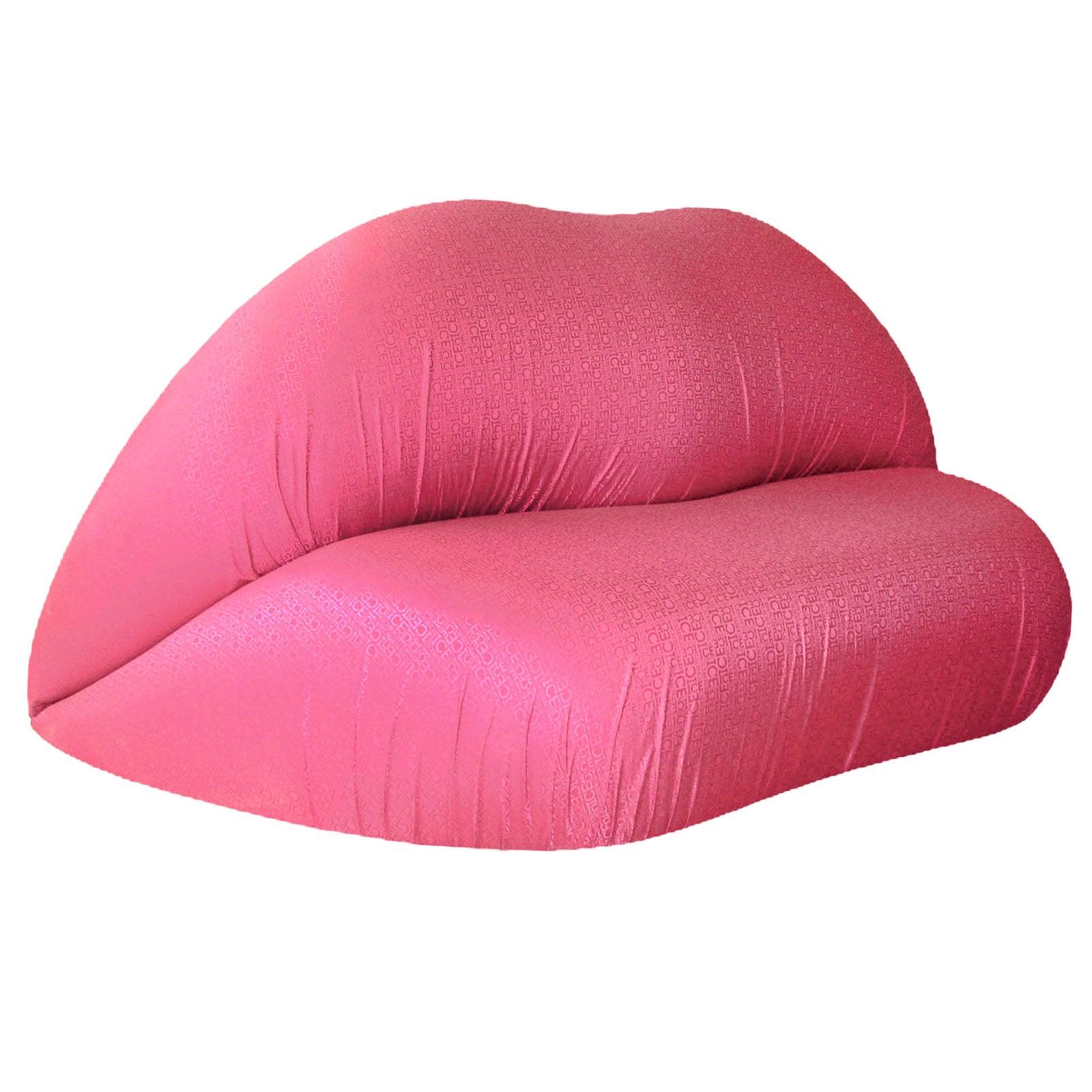 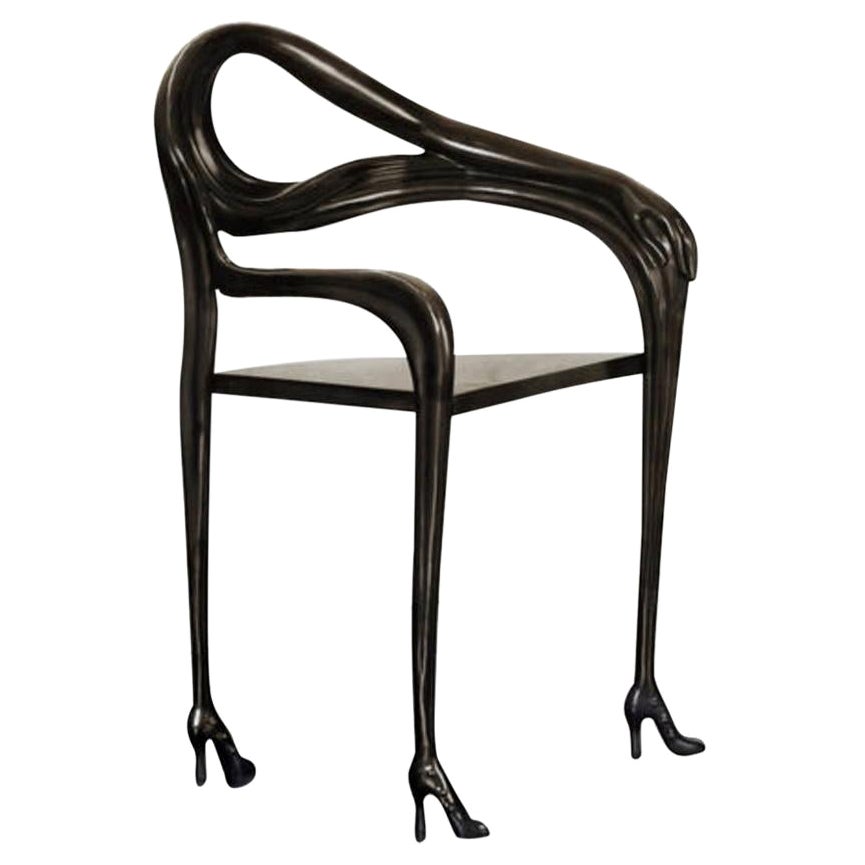 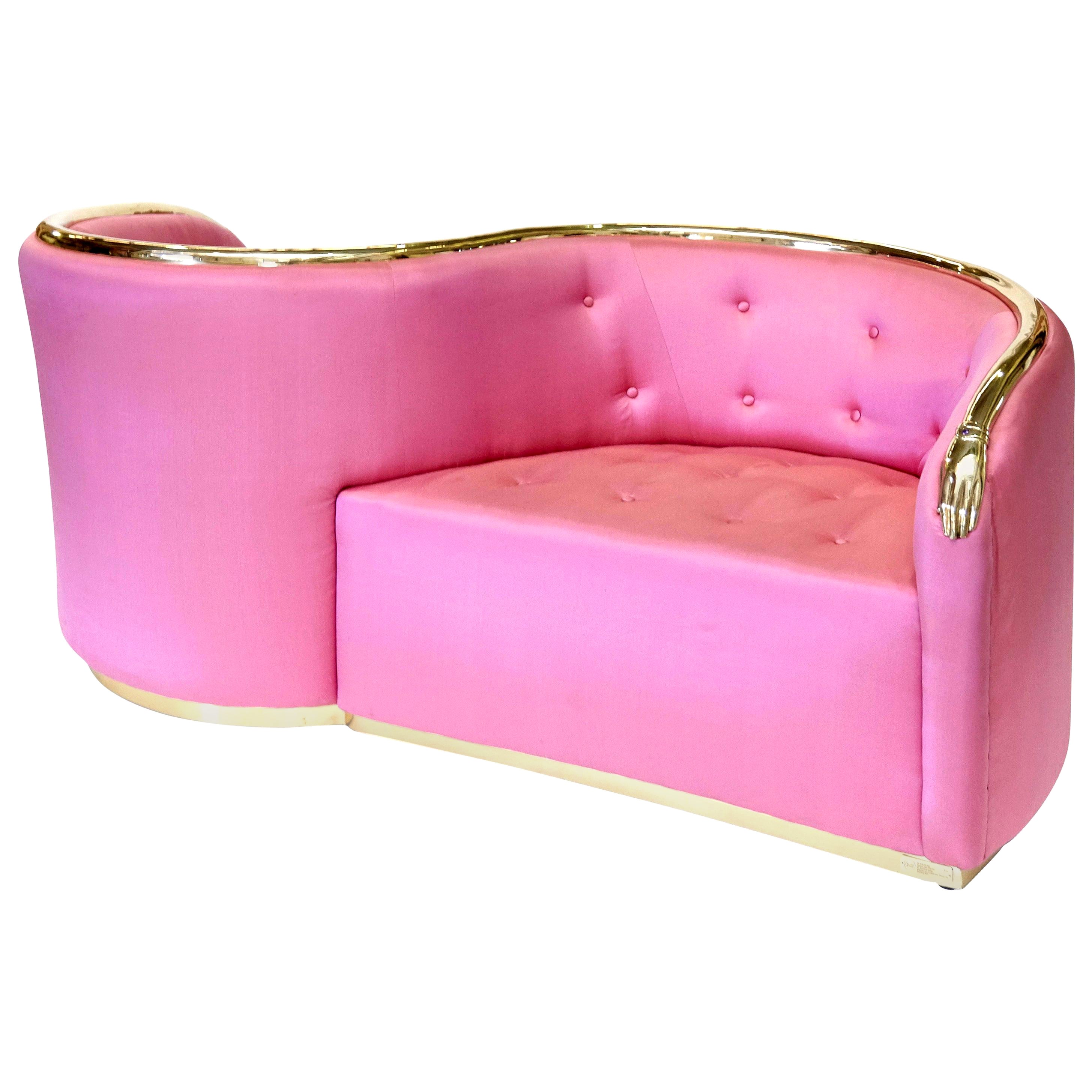 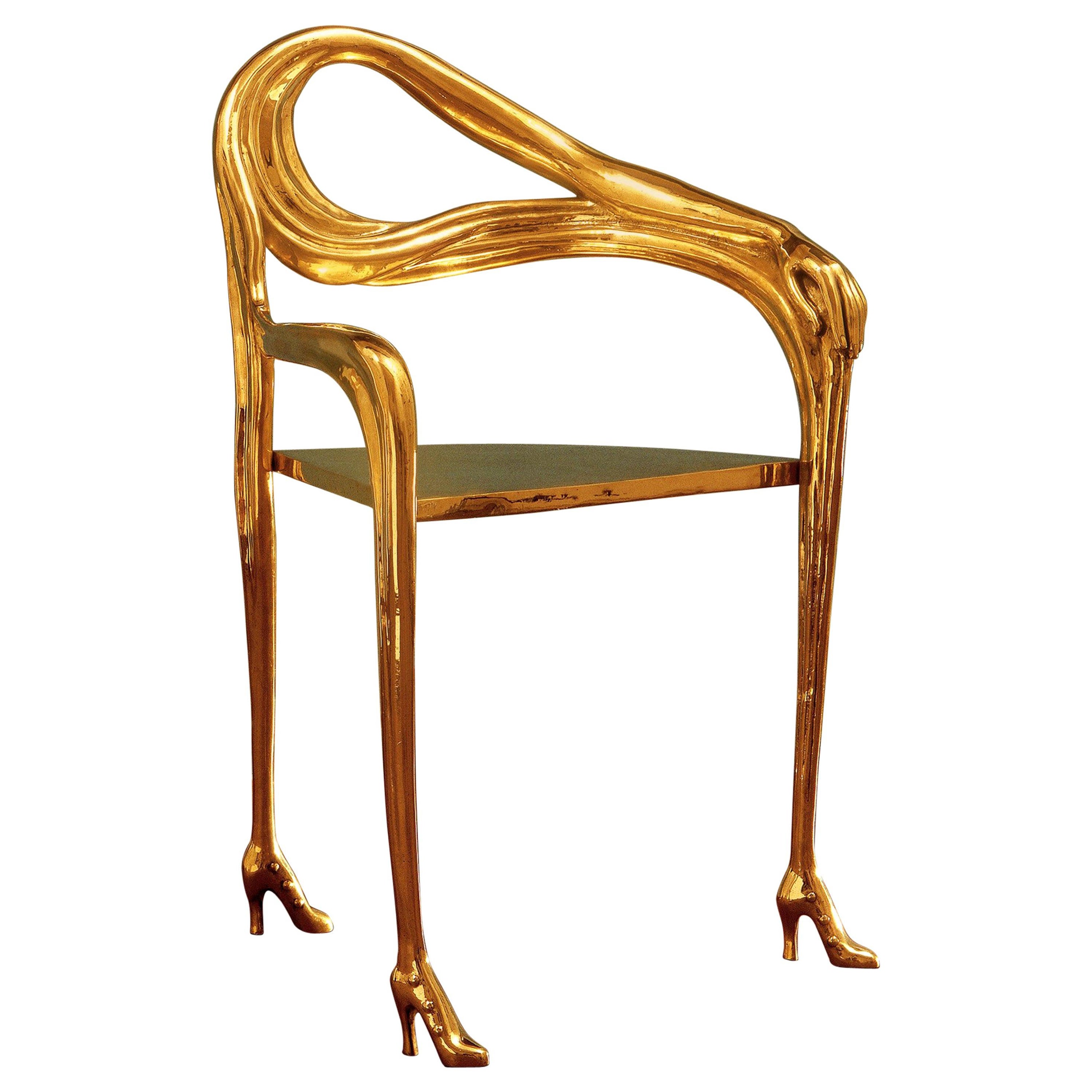 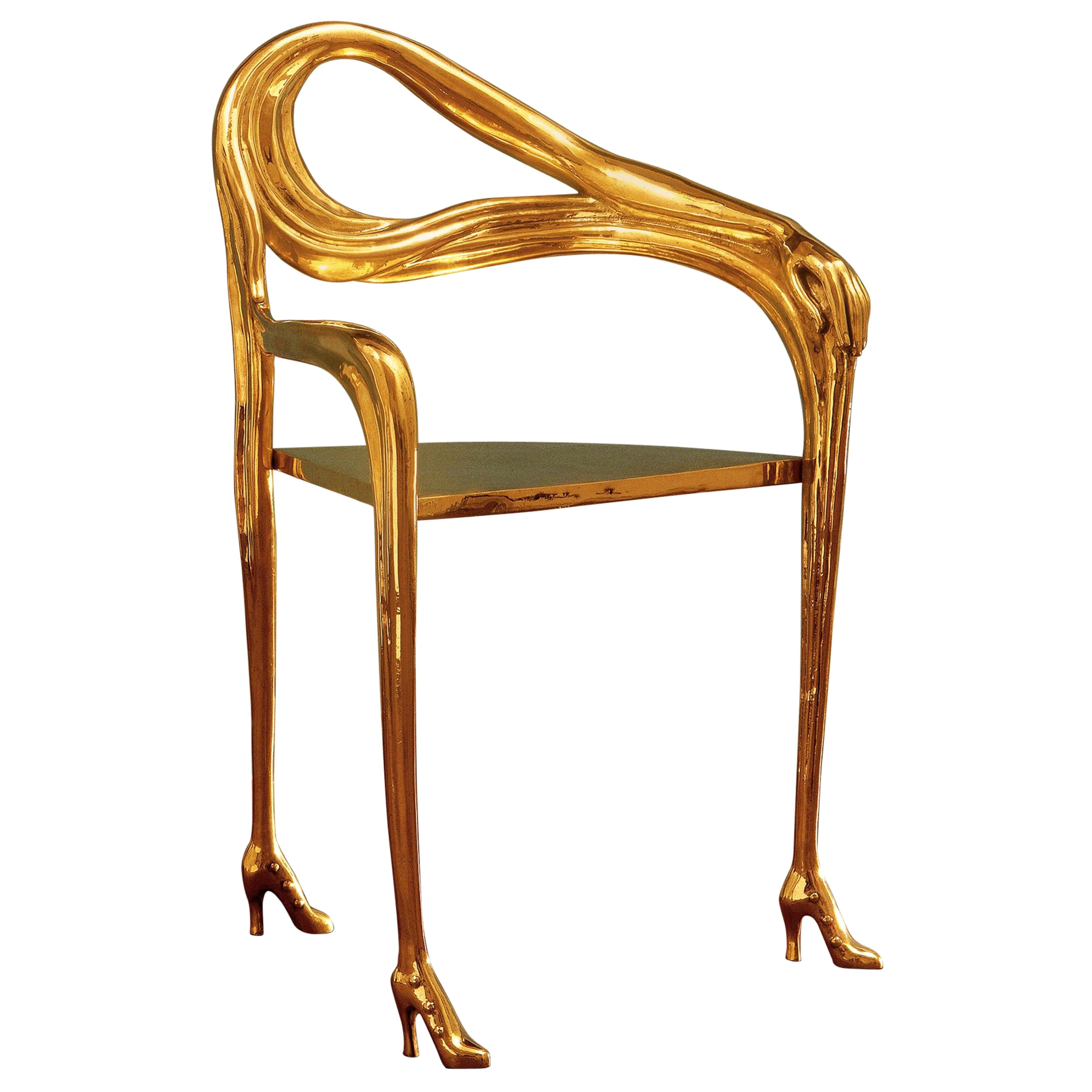 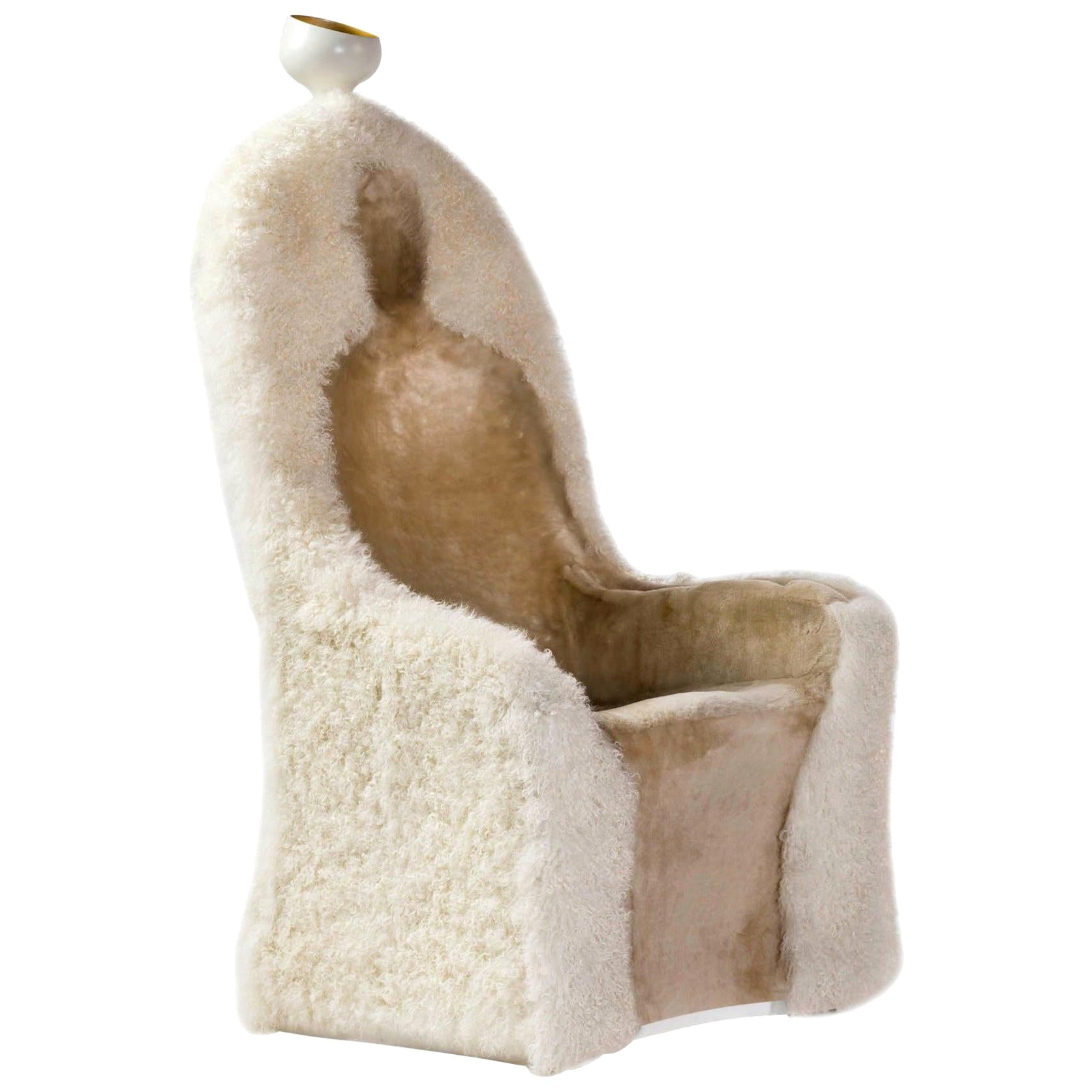 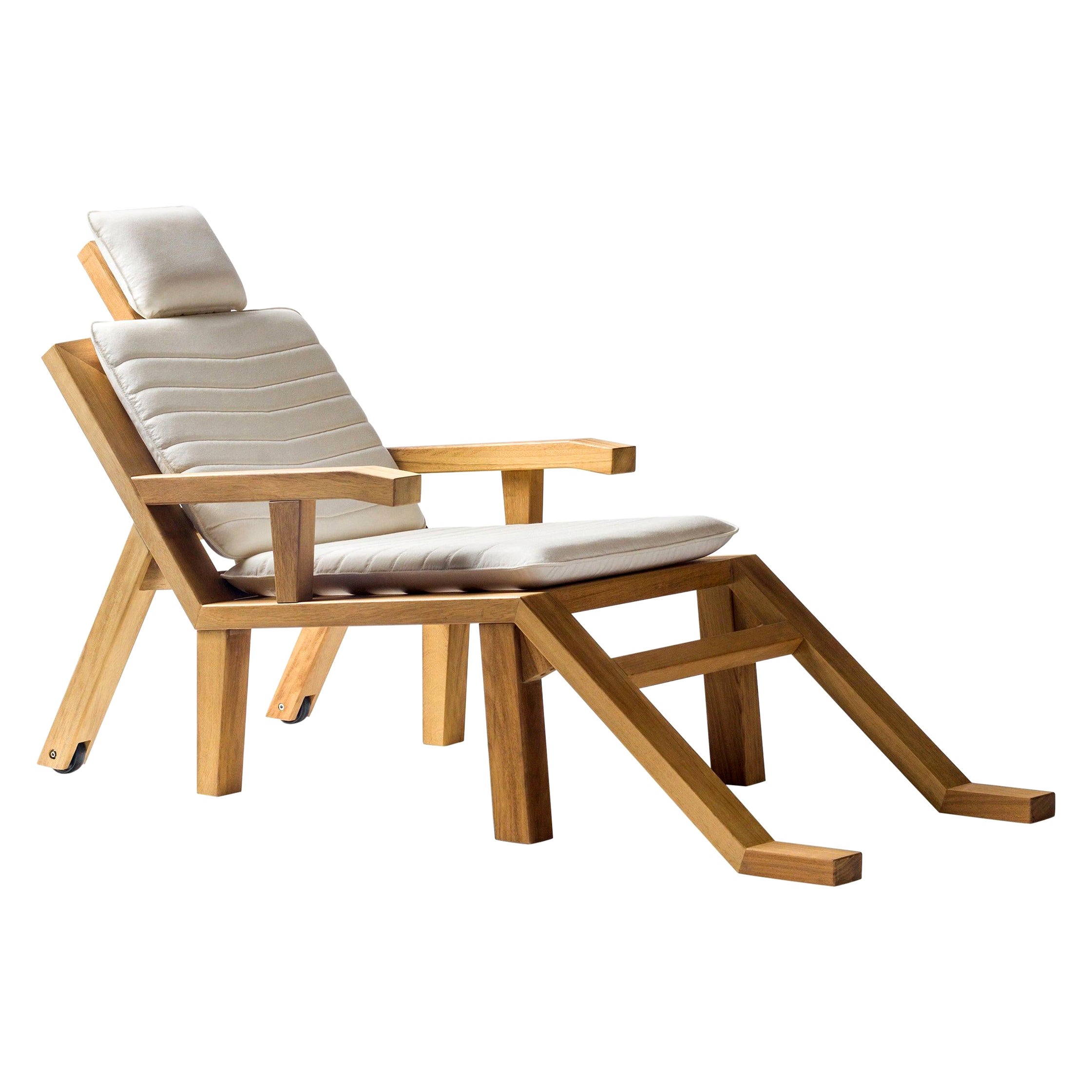 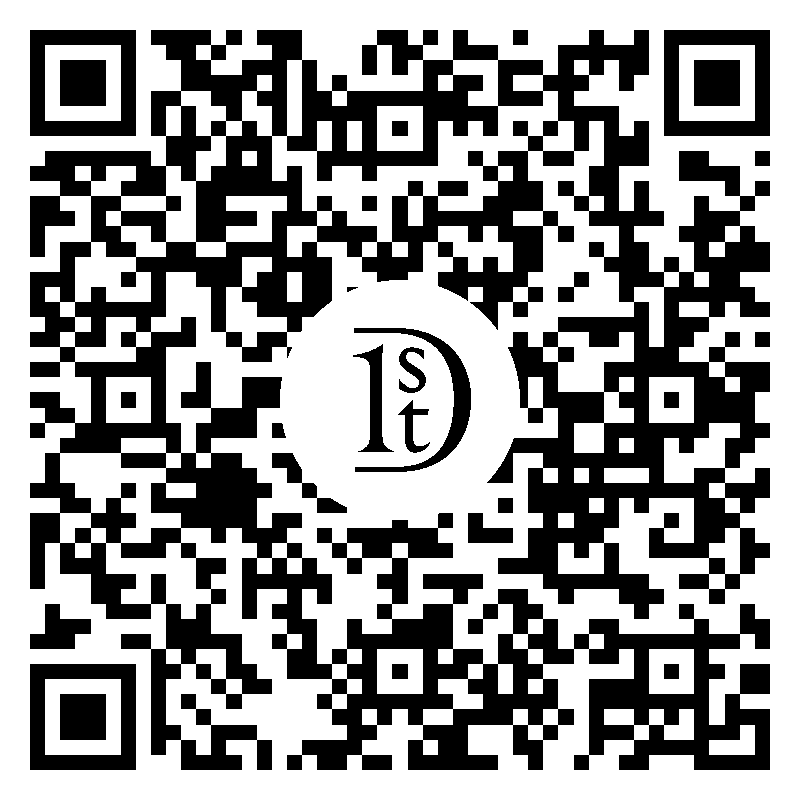 Salivasofá: First prototype sofa designed by Salvador Dalí & Oscar Tusquets, 1972. The measurements are: 175 x 110 x 80 cm -The material in which it is manufactured is polyurethane foam coated with a red polidur coating. The word Dali can be appreciated on the bottom left hand side, along with some creases to imitate lip creases. The realization of the Salivasofá project began in 1972 when Oscar Tusquets proposed to Salvador Dalí to reproduce in three dimensions and to real scale the painting completed in 1936 called, “Retrato de Mae West pudiendo ser utilizado Como sala de estar” (Portrait of the Mae West being used as a living room) in the Theater Museum (Teatro Museo) in Figueras. In 1974, everything was prepared for the development and production of the Salivasofá which eventually never reached realization. Only six prototypes were ever made. We knew that one existed the one at the Mae West living Room in Dali’s Theater Museum in Figueas, until the awareness of this present sofa, the only proptipype available in the market. In original condition with wear consistent of age and use. It has some scratches and cracks on the foam as shown on the photos. 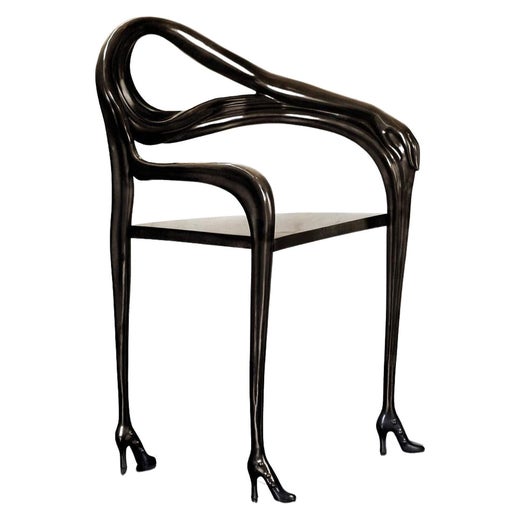 Instantly recognizable by his waxed, upturned mustache, the flamboyant Salvador Dalí is one of modern art’s most distinctive figures. He is also one of the icons of the 20-century avant-garde Surrealist movement, whose dreamlike images, drawn from the depths of the unconscious, he deployed in paintings, sculptures, prints and fashion, as well as in film collaborations with Luis Buñuel and Alfred Hitchcock.

Dalí's use of hyperrealism in conveying Surrealist symbols and concepts that subvert accepted notions of reality is epitomized in what is perhaps his most recognizable painting, The Persistence of Memory (1931), in which he depicts the fluidity of time through melting clocks, their forms inspired by Camembert cheese melting in the sun. His artistic genius, eccentric personality and eternal quest for fame made him a global celebrity.

“Each morning when I awake, I experience again a supreme pleasure,” he once said. “That of being Salvador Dalí.”

About the Seller
4.9
Located in Barcelona, Spain
Gold Seller
These expertly vetted sellers are highly rated and consistently exceed customer expectations.
Established in 2015
1stDibs seller since 2015
1,257 sales on 1stDibs
Typical response time: 5 hours
More From This SellerView All
You May Also Like