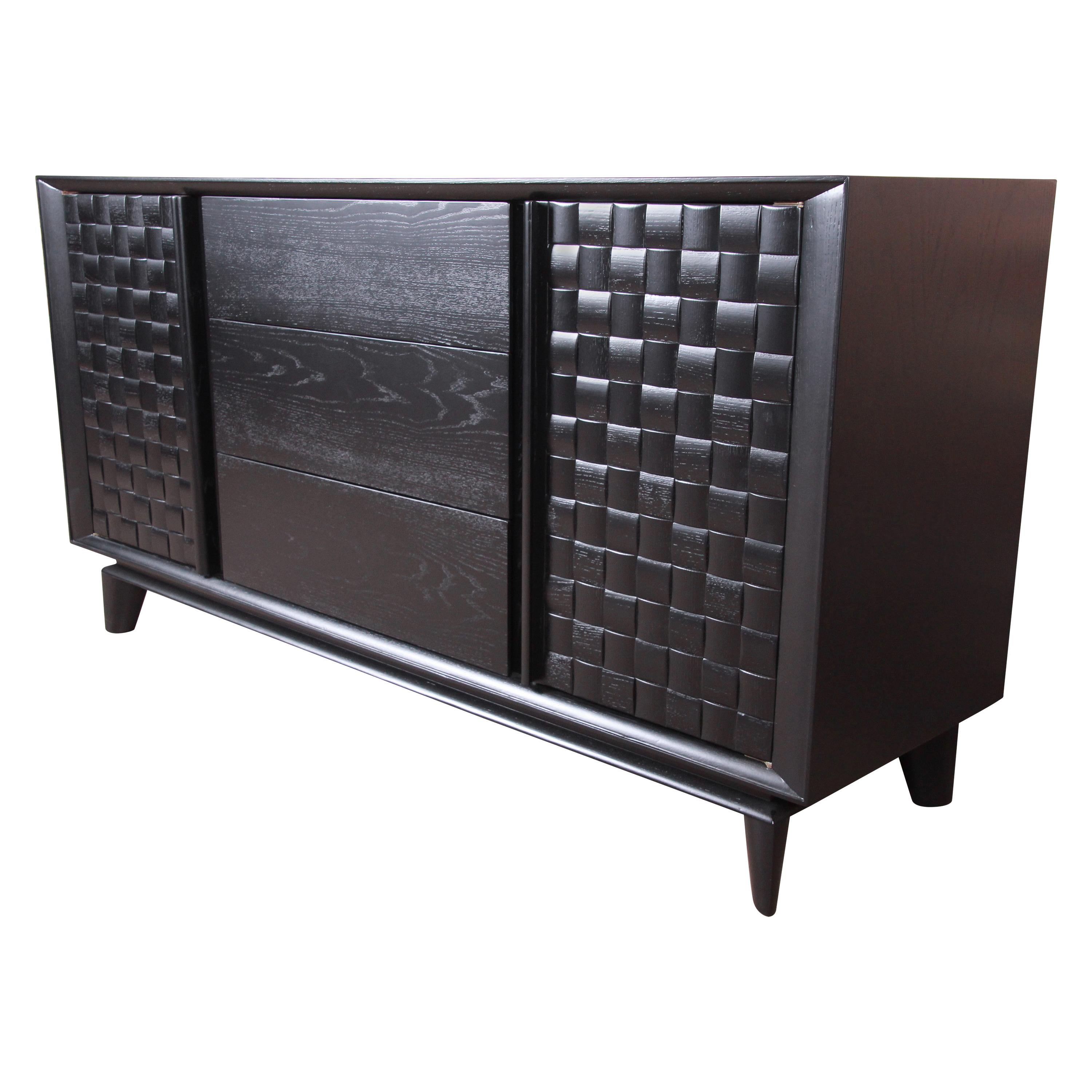 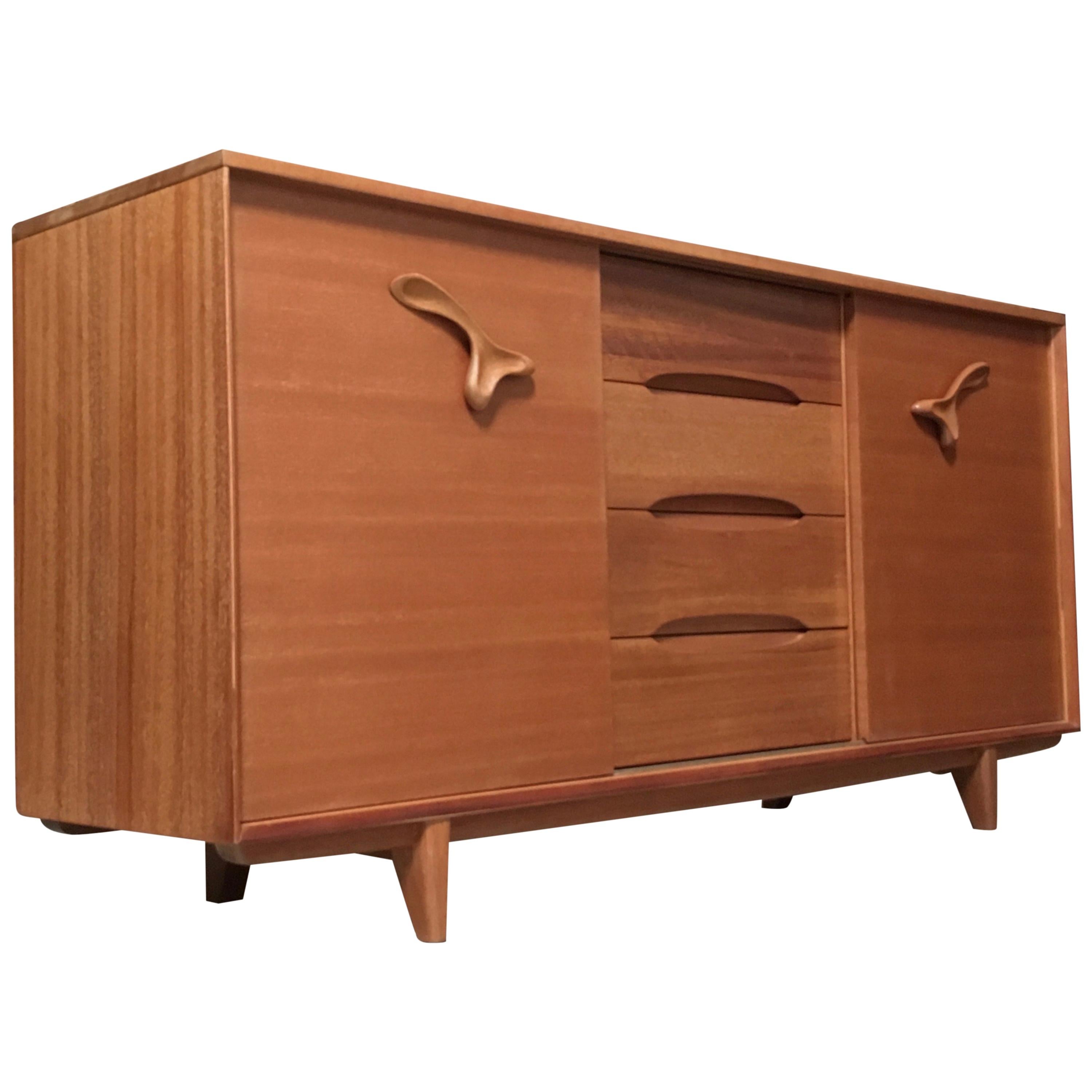 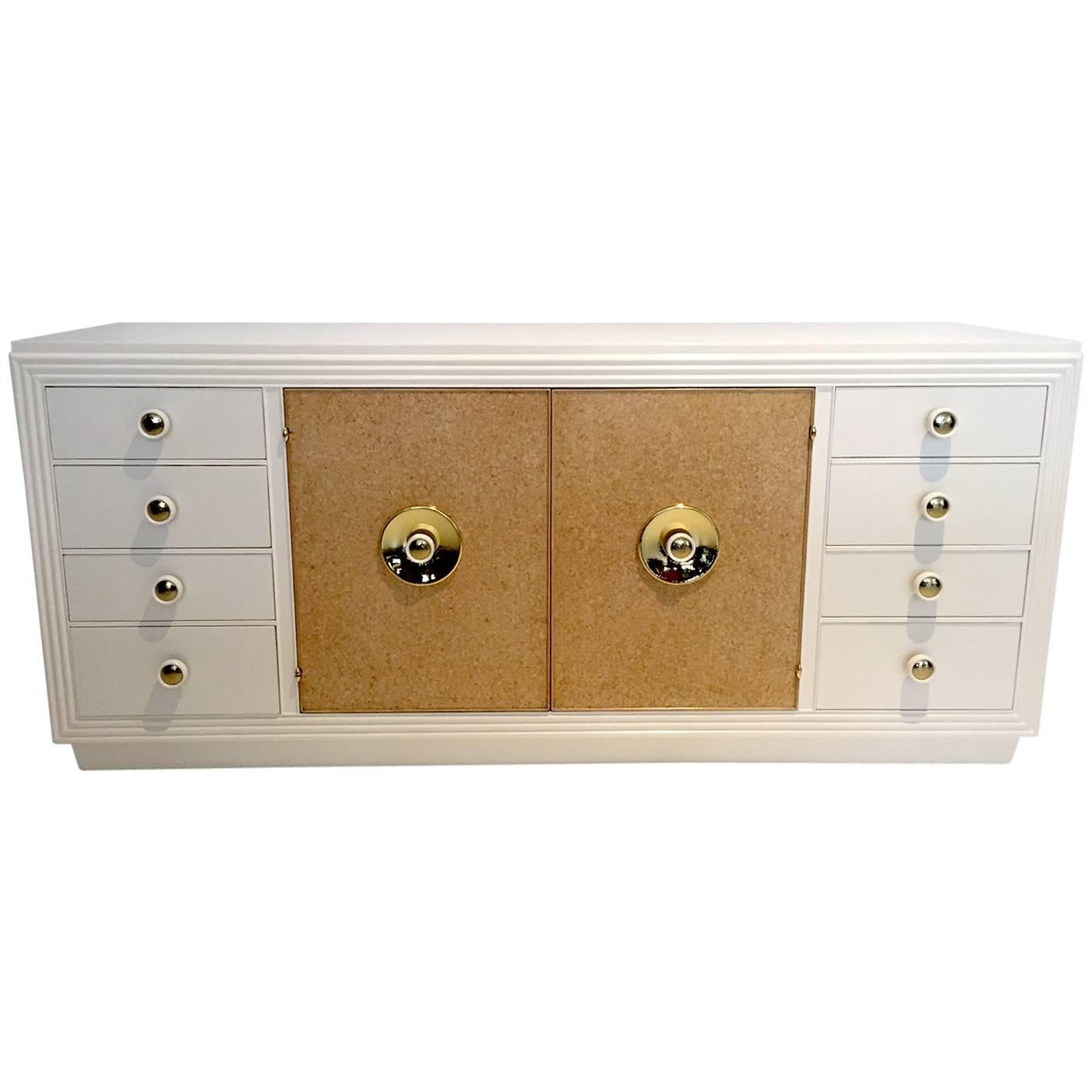 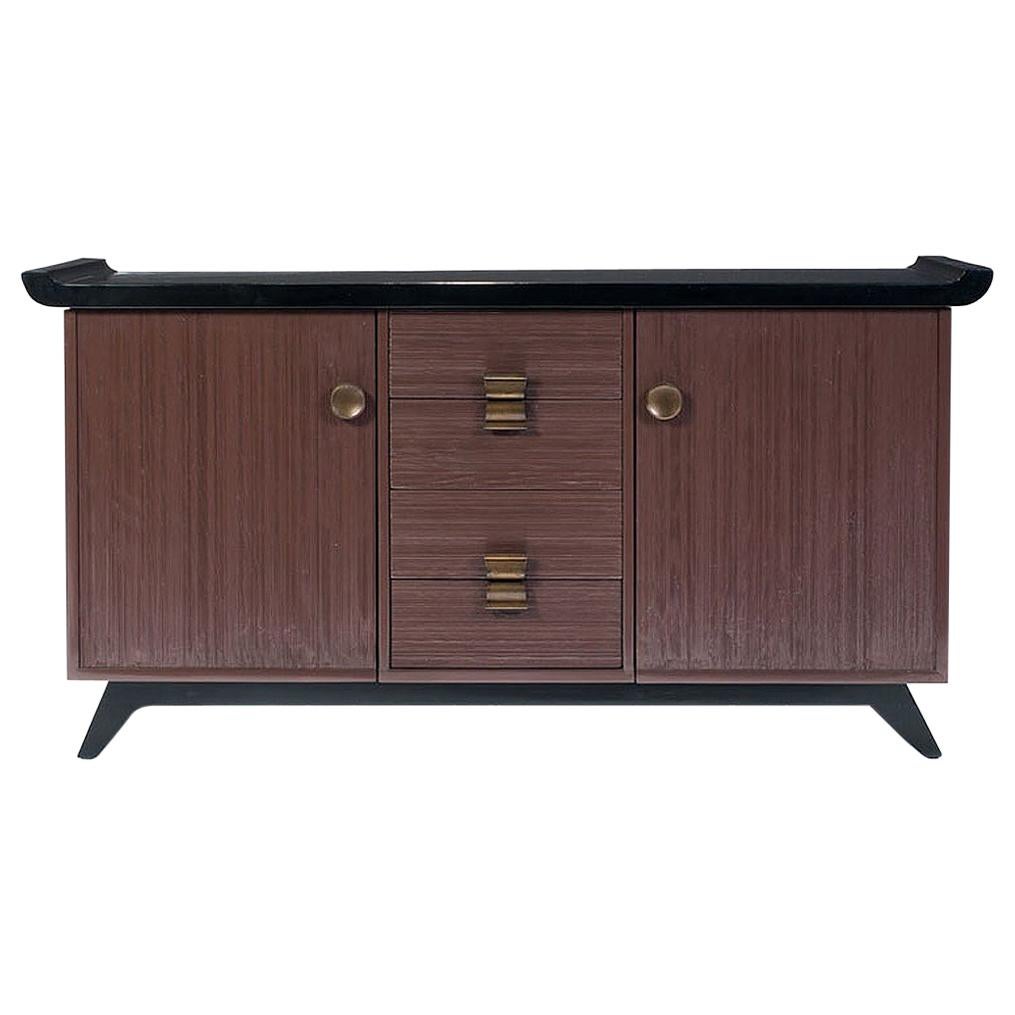 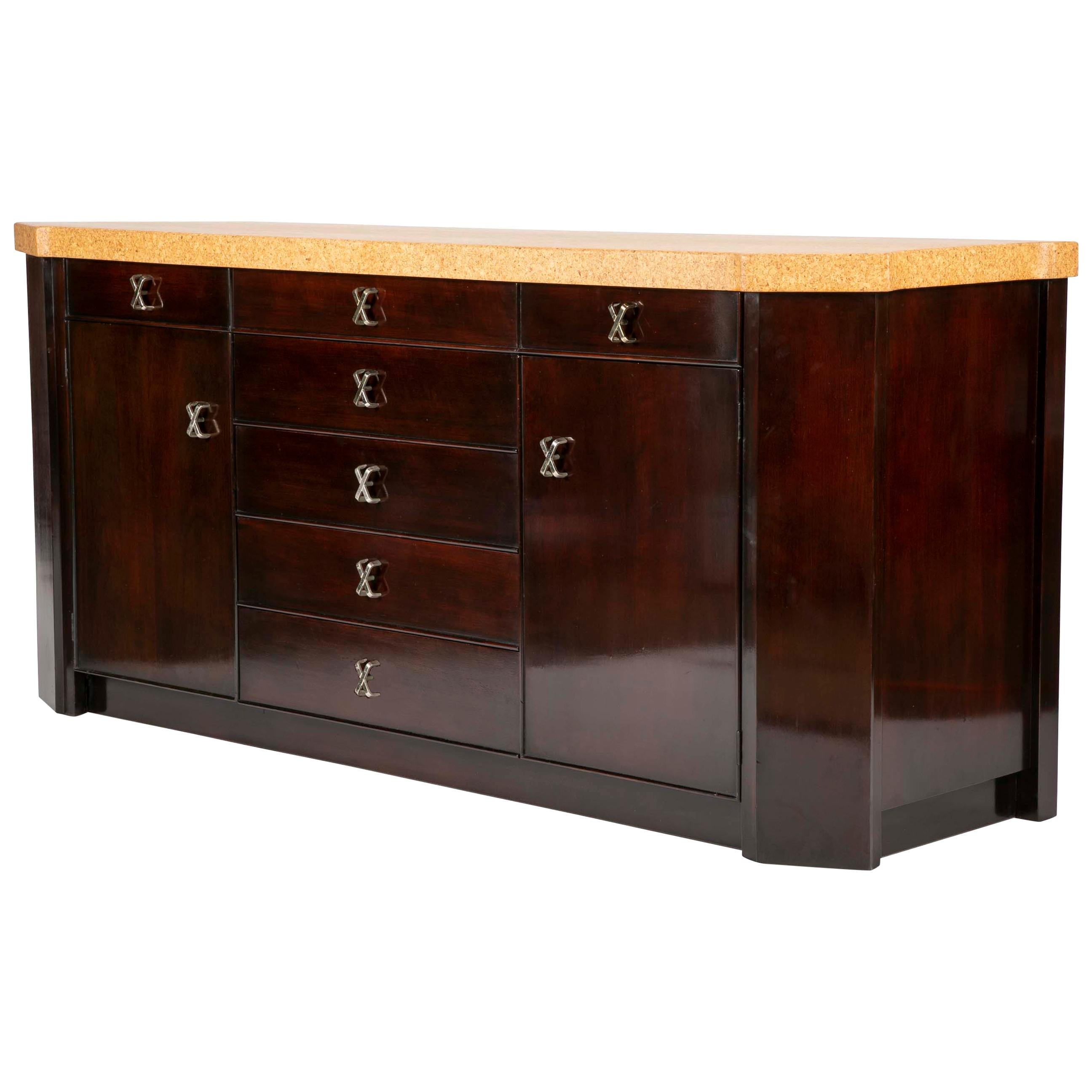 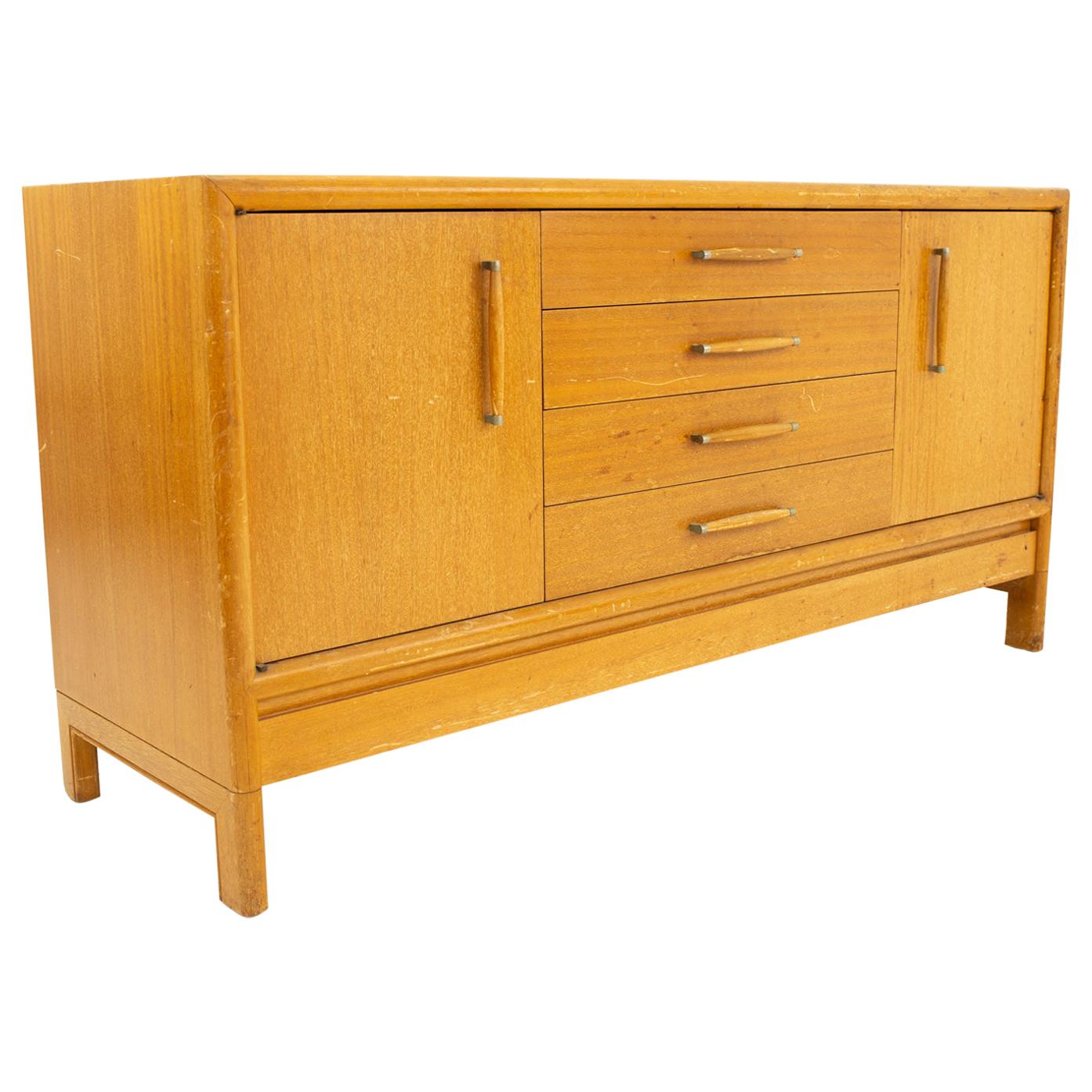 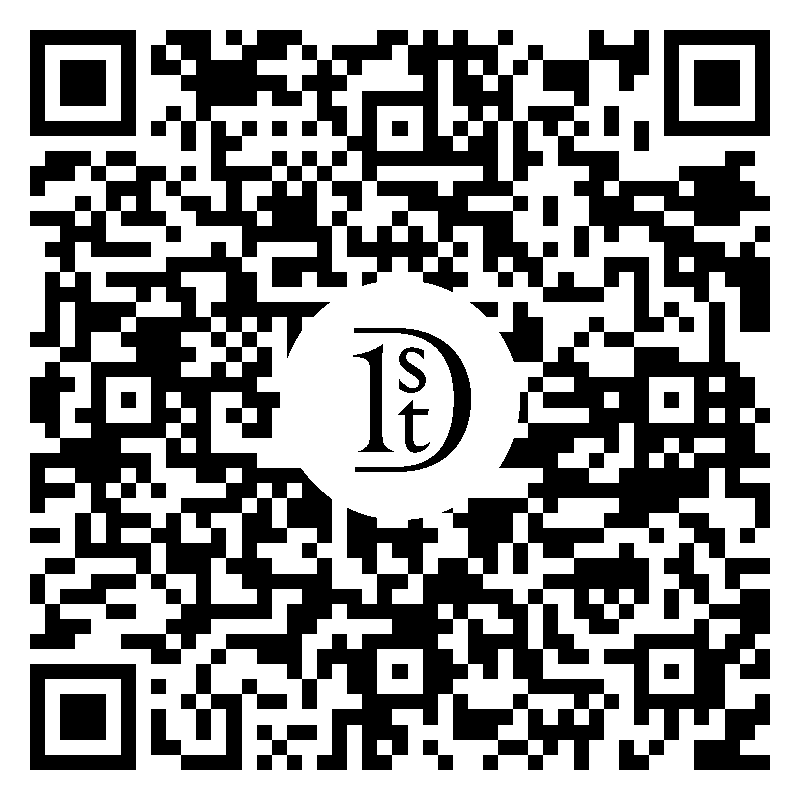 Rare Mid-Century Modern Swedish style lacquered sideboard or credenza cabinet designed by Paul Frankl for Brown Saltman. Features a sleek mahogany case fitted with three drawers in the middle flanked by two storage doors having patinated brass hardware. The case has round tapered legs on each corner ending with brass sabots. Excellent joinery and craftsmanship with an iconic profile. From an estate in Beverly Hills, CA. 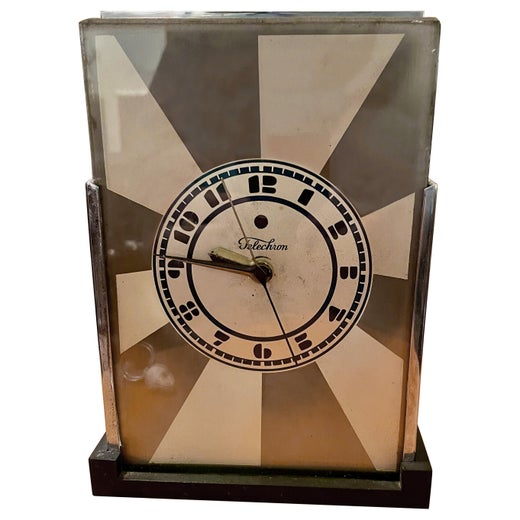 Born in Vienna, Paul Frankl came to the United States in 1914 as part of a wave of Central European design luminaries — among them Kem Weber, Rudolph Schindler, and Richard Neutra — who were drawn by the energy and optimism of the American scene. Prolific and protean, Frankl would go on to design furnishings that are emblematic of nearly every key stylistic chord in American modernism, from the streamlined Art Deco to free-form organic shapes. His “Skyscraper” cabinets, introduced in 1924, are Frankl’s earliest and best-known designs (and the work by which he is most often represented in institutions, such as New York’s Metropolitan Museum of Art). Tall and narrow, the pieces have staggered shelves meant to mimic the setbacks of Manhattan office towers. A later visually expressive line — the “Speed” chairs and sofas, which have a raked profile suggesting motion — links Frankl to Donald Deskey, Raymond Loewy and other creators of “Streamlined Moderne” design. Frankl moved to Los Angeles in 1934 and luxuriated in the climate and lifestyle. His designs became lighter and simpler and found an audience among the Hollywood élite. (Katharine Hepburn, Cary Grant and Fred Astaire were clients.) Fascinated by Asian arts, Frankl produced numerous pieces — tabletops with edges that curve upward; sofas and chairs with rattan frames — inspired by Chinese and Japanese forms and materials. In the 1940s, Frankl became one of the first designers to incorporate free-form, biomorphic shapes in his work, as well as novel upholstery fabrics such as denim and nubby wool. Frankl biographer Christopher Long argues that the designer’s easy, elegant aesthetic had an enormous influence on movie set design. As the furniture below attests, Paul Frankl’s work is ready for its close-up. 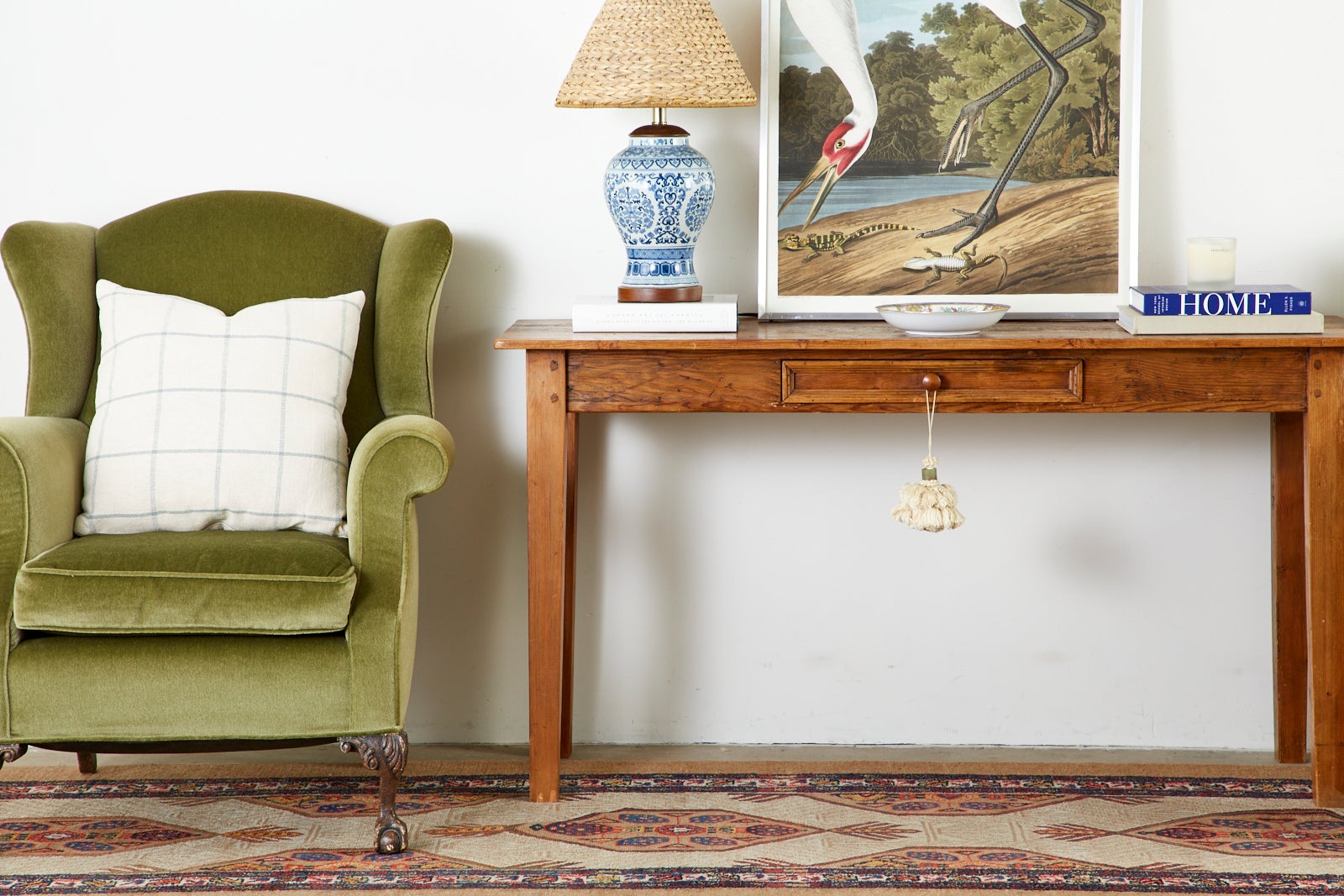 Diamond Seller
These expertly vetted sellers are 1stDibs' most experienced sellers and are rated highest by our customers.
Established in 2000
1stDibs seller since 2015
1,665 sales on 1stDibs
Typical response time: 1 hour
More From This Seller

$4,995
Paul Laszlo for Brown and Saltman Credenza
By Paul Laszlo
Located in Laguna Hills, CA
Treasure chest model with 24 drawers and a large compartment on the right side originally used for hanging linens.
Category