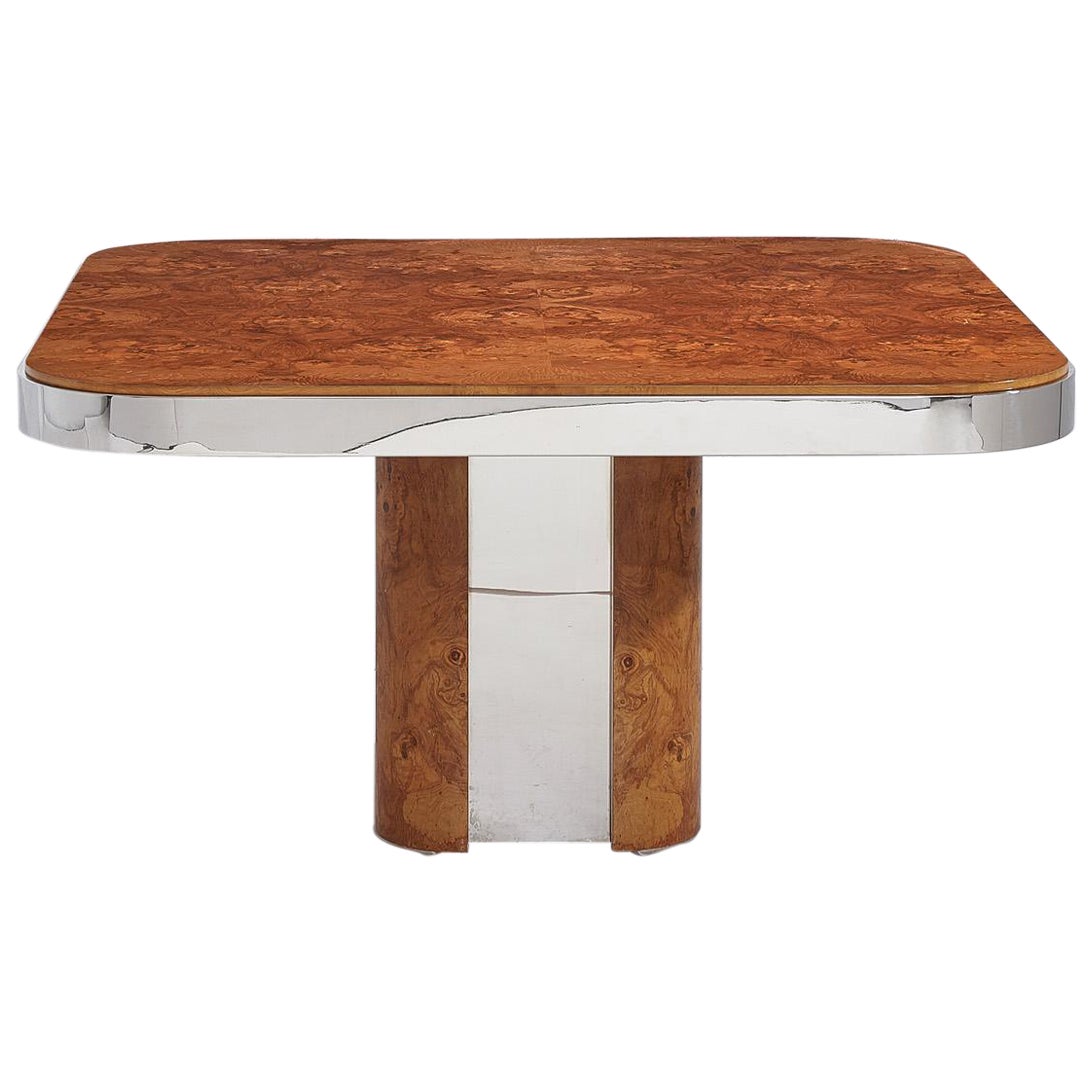 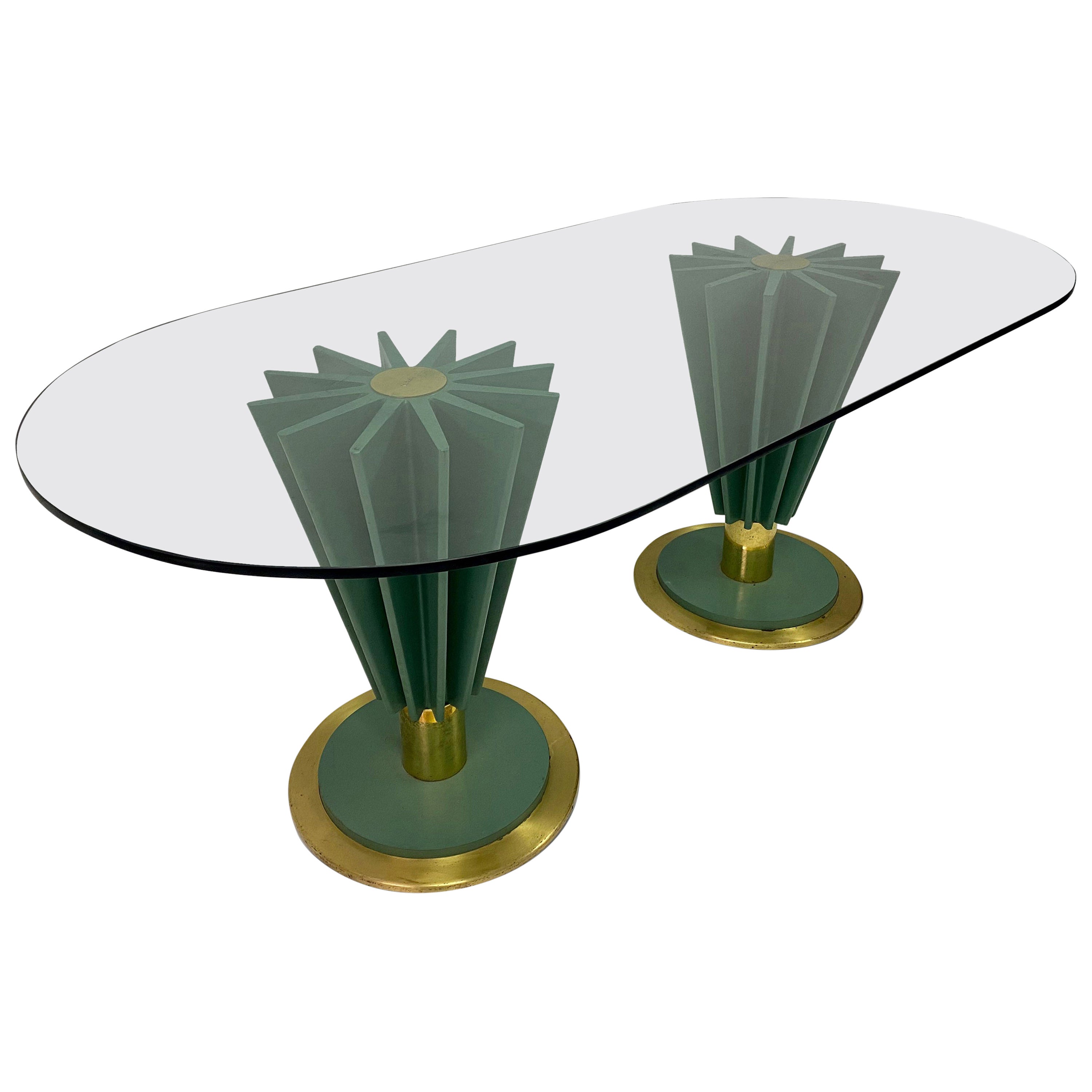 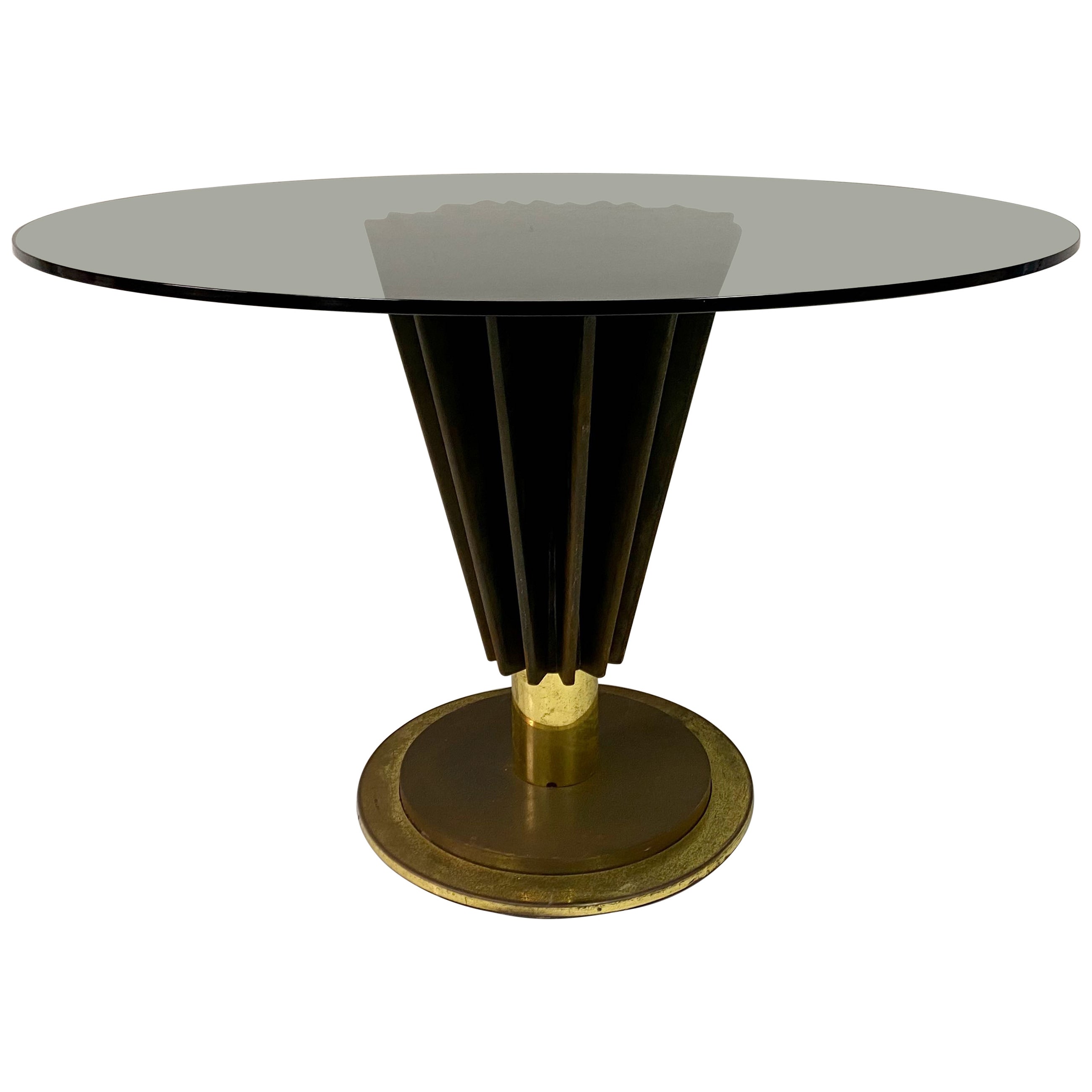 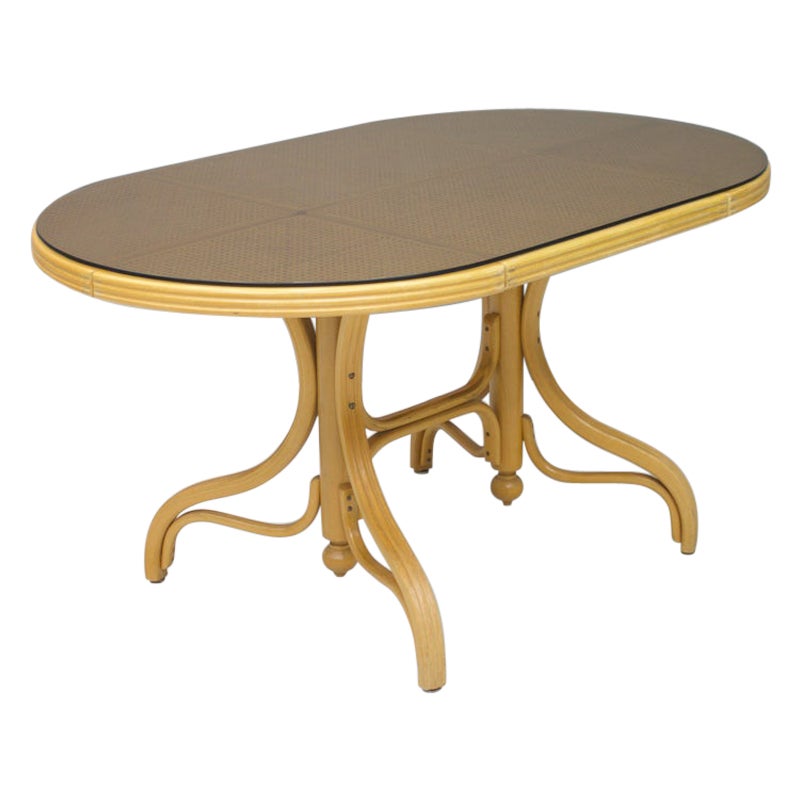 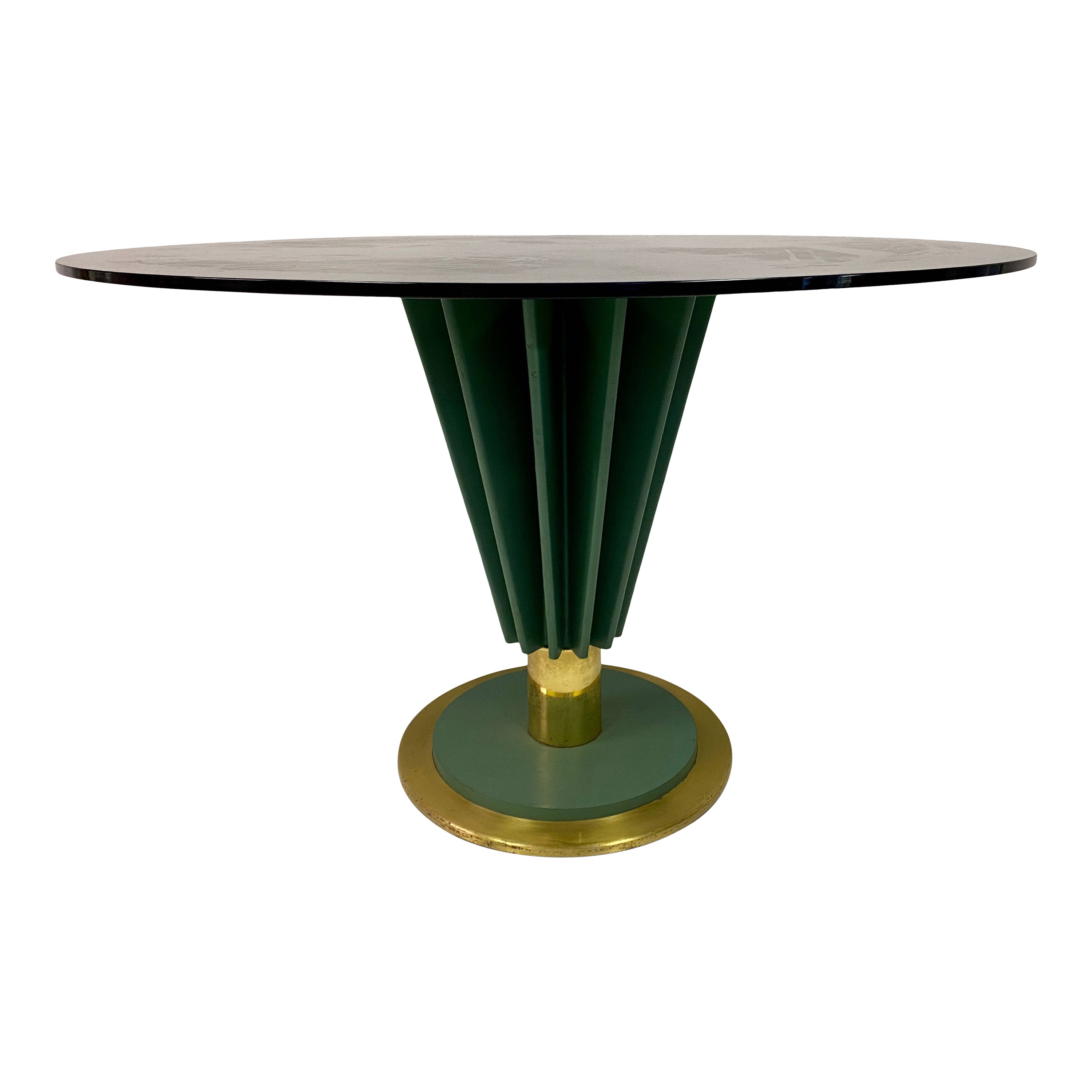 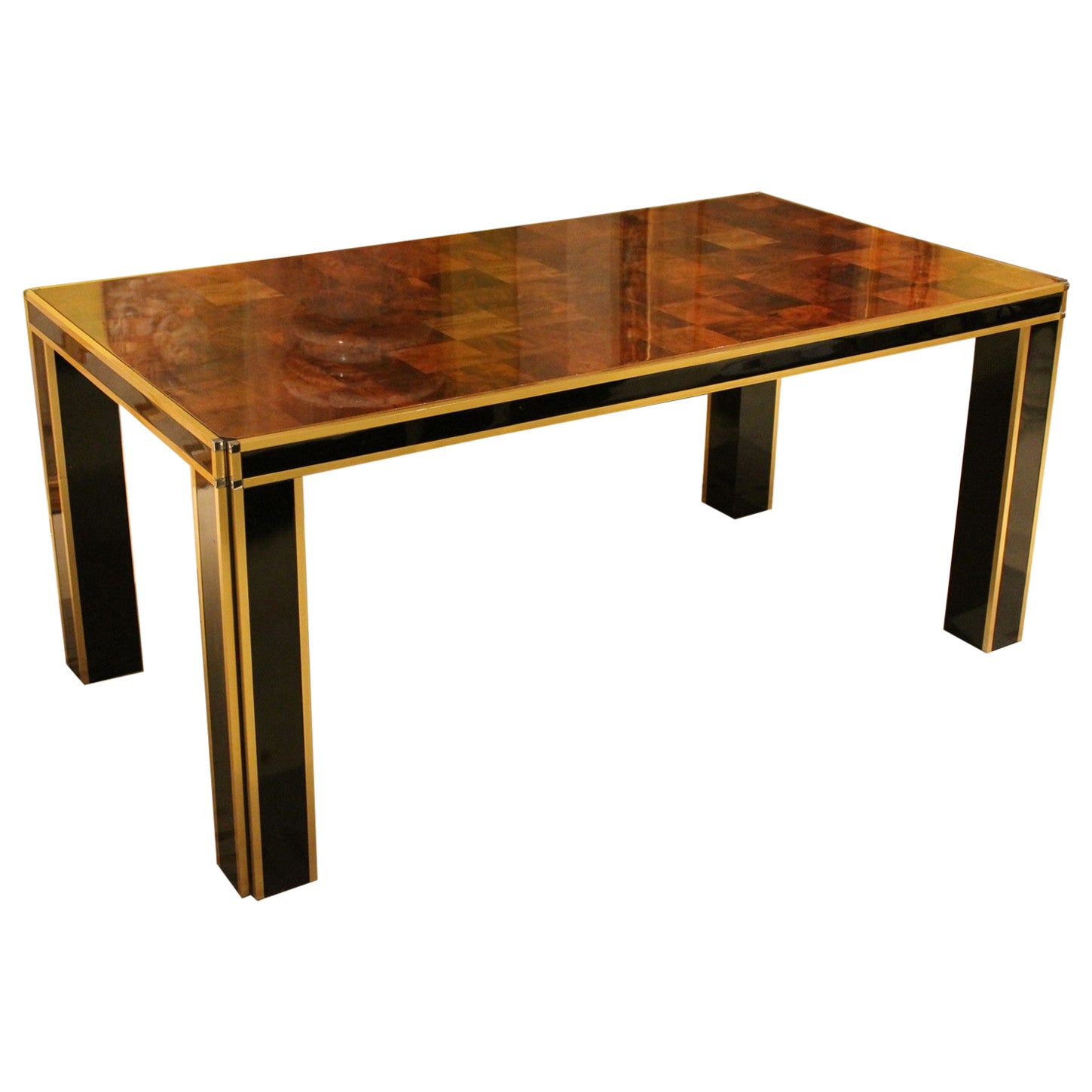 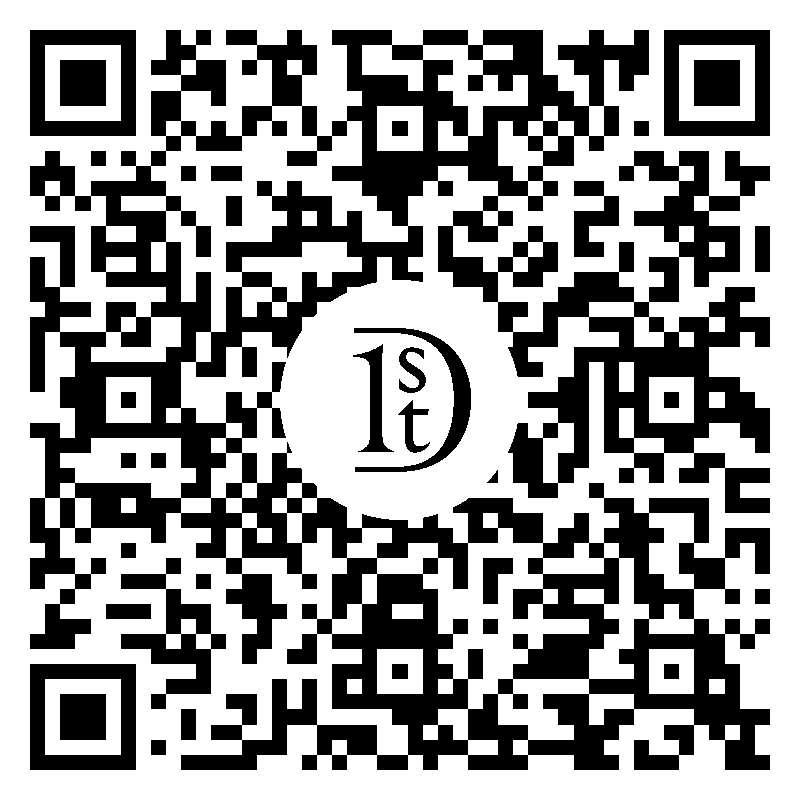 This 1970s dining table was designed by American interior decorator Billy Baldwin. It is comprised of an iron base and wood inlay top. The design is simple and elegant: the base makes use of slick Art Deco lines in its openwork structure, while the top is mosaic-like in its wood inlays. Dimensions: Measures: 70 inches width 40 inches depth 29 inches height 26.5 inches apron height.

Billy Baldwin had the unusual distinction of being the first man to break the glass ceiling of interior decoration, which before WWII was ruled by a coterie of ladies.


The look that Baldwin championed in the mid-century was entirely American: classical in foundation, but modern in spirit, free of ostentation and unconcerned with trends. “Be faithful to your own taste,” he used to tell clients, “because nothing you really like is ever out of style.”


By the 1960s, just about every American taste-making blue blood was Baldwin's client, including Jackie Onassis, Pamela Harriman, Nan Kempner, Bunny Mellon and Babe Paley. If you ever wondered who was responsible for Diana Vreeland’s unforgettable “garden in hell” crimson drawing room, it was Billy B, as his friends called him.


“I always say I love color better than people,” he once remarked. He also loved cotton, calling it “his life,” detested damask and satin, and claimed to have “made a lady out of wicker.” His quips were legendary.


Unlike most decorators of his era, Baldwin believed that every project should feature furnishings already belonging to the client, so that the client’s personality would manifest in the room’s atmosphere. That atmosphere would emerge out of Baldwin’s selection of other furnishings — both old and new, American, European and Asian — and his choice of colors, mix of patterns and keen sense of proportion and scale. If good antiques were beyond a client’s budget, he advised buying top contemporary pieces, rather than reproductions. What was important was quality, as well as comfort. A resolute anti-snob, Baldwin detested pretentious people. He believed decorating was a collaborative adventure embarked on with the client.


Embracing of new materials, including fake leather and plastic, in the mid-1950s, Baldwin covered the walls of Cole Porter’s tony Waldorf Astoria suite in tortoise shell vinyl. For that project, possibly his masterwork, he also designed floor-to-ceiling brass étagères, as he felt it “would be extravagant to do built-in bookcases for an apartment in a hotel.” His enthusiasm for chintz slipcovers prompted Porter to threaten, “Don’t you dare slipcover these pianos!” When the hotel suite was published, the étagères began showing up everywhere. Baldwin was not pleased. “If I find that something I am doing is becoming a trend, I run from it like the plague,” he declared.


When he turned 70, Baldwin retired and a few years later decamped to Nantucket where he had often summered, and which he loved in part for its strong, clear New England light. When he died at 80, he had influenced a generation of American decorators and shaped the tastes of Americans on a mass-scale, even those who never knew his name.


Browse a wide range of Billy Baldwin furniture on 1stDibs. 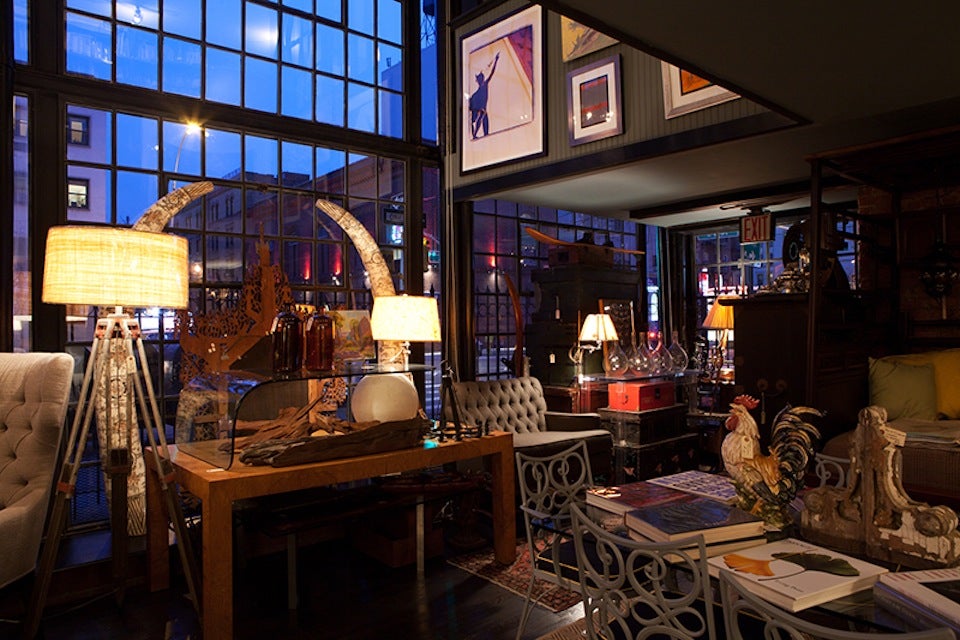 About the Seller
4.8 / 5
Located in New York, NY
Vetted Seller
These experienced sellers undergo a comprehensive evaluation by our team of in-house experts.
1stDibs seller since 2015
118 sales on 1stDibs
Typical response time: 2 hours
More From This Seller
View All From Seller