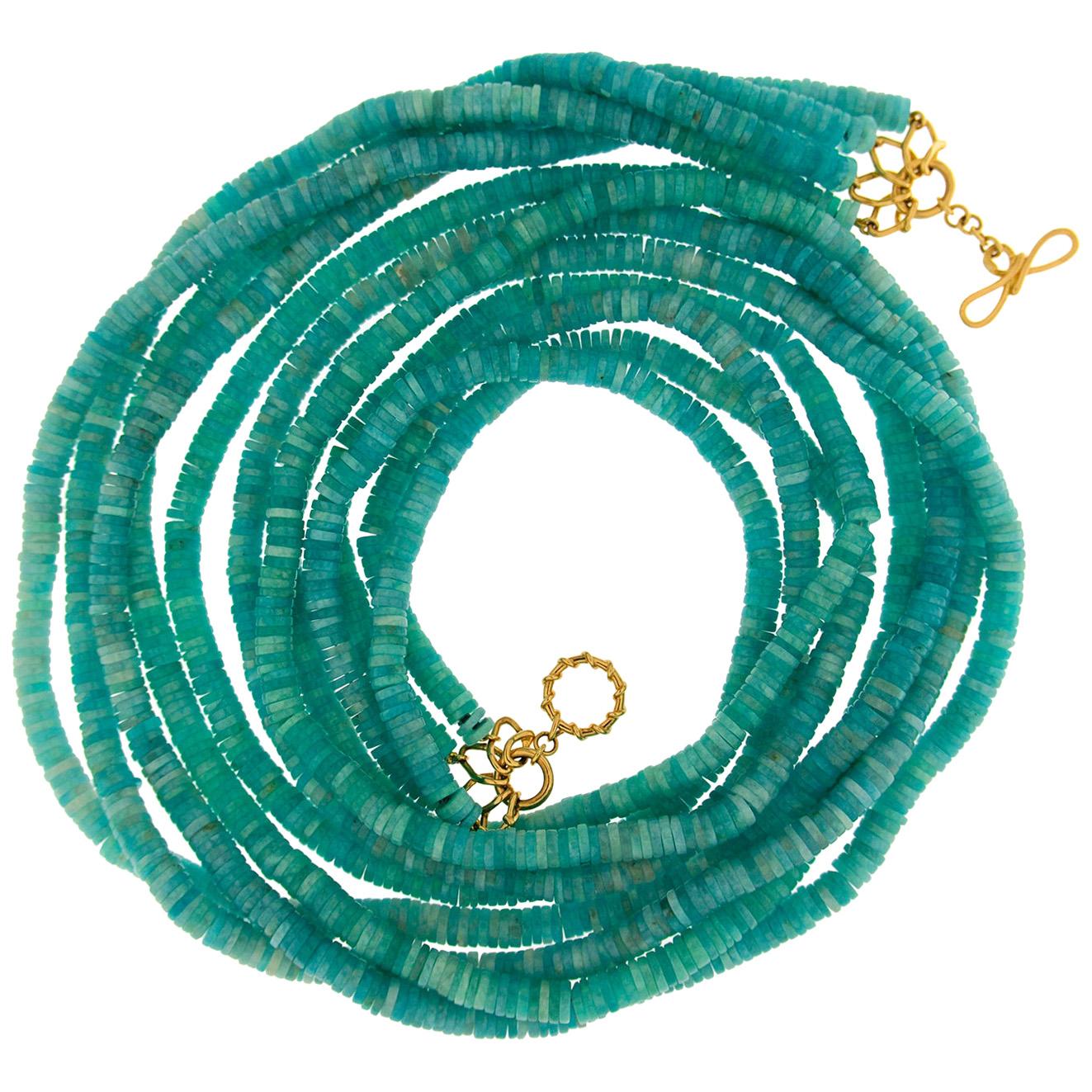 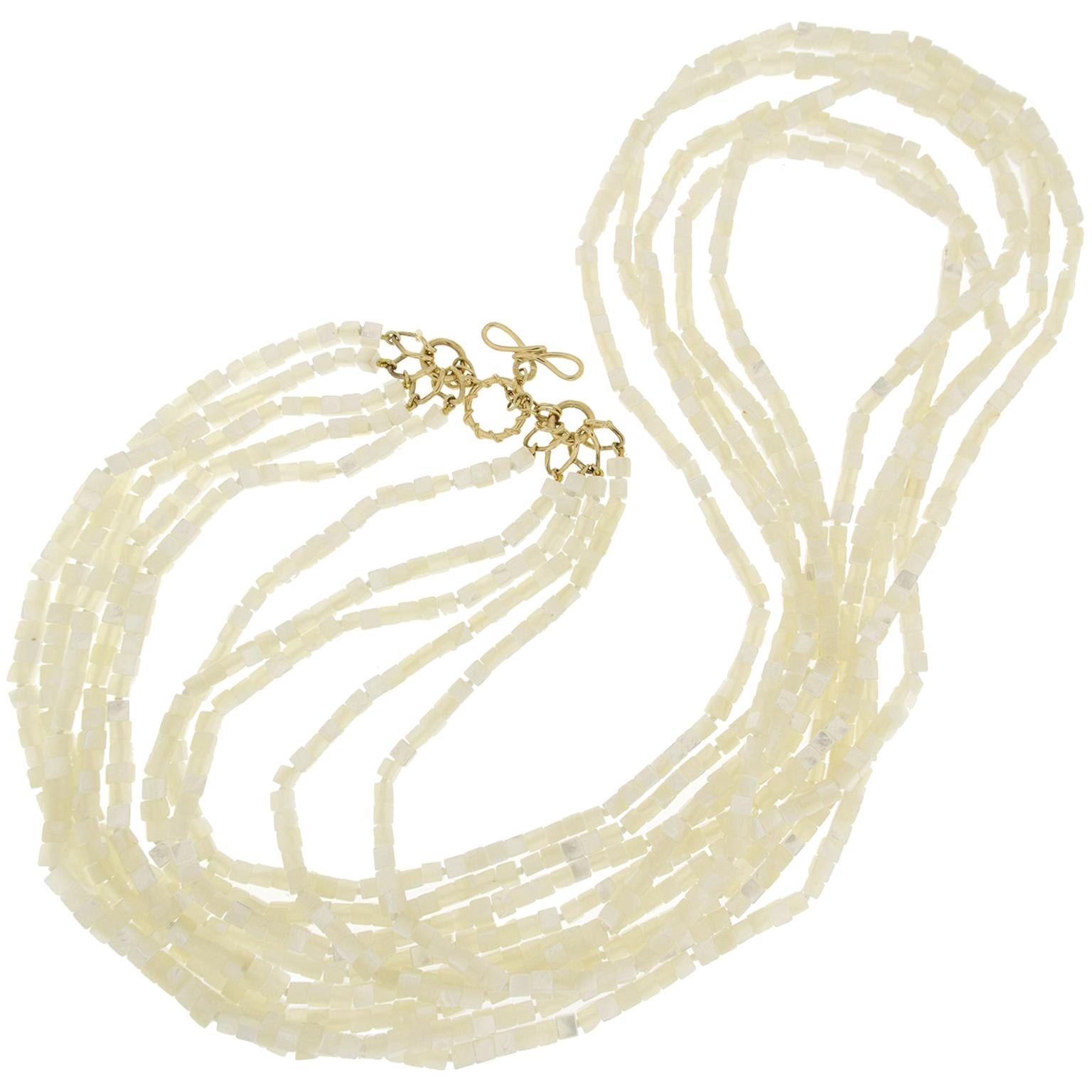 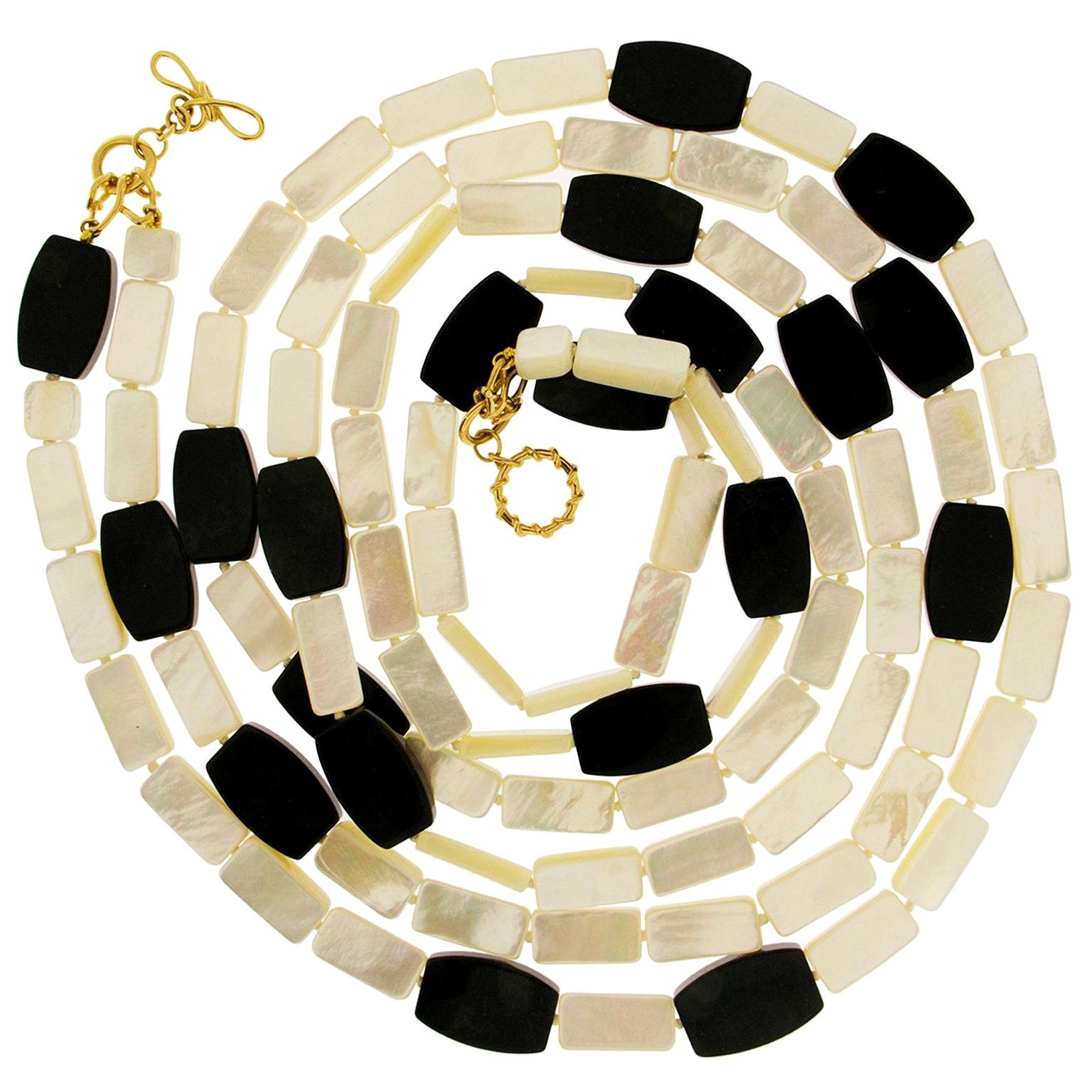 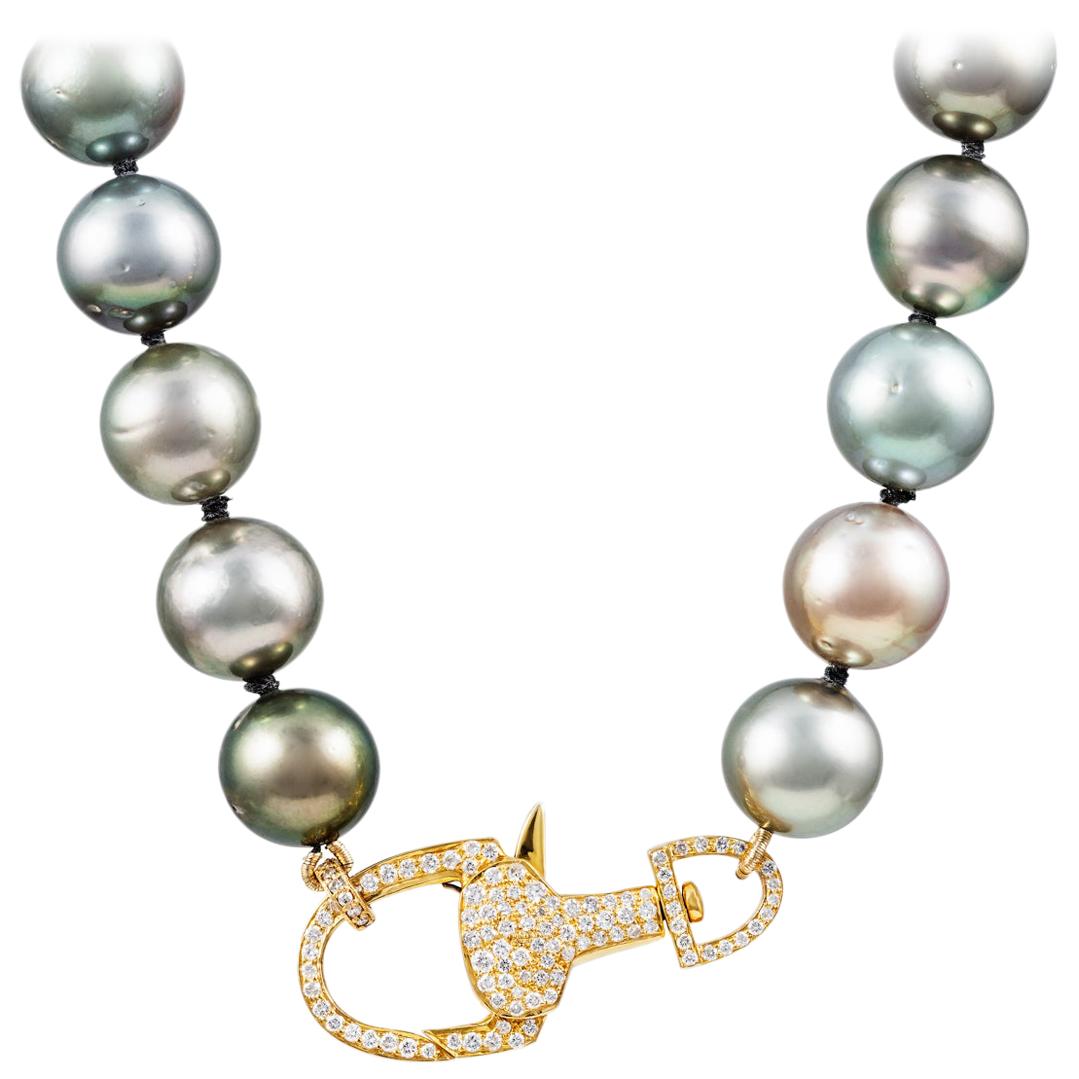 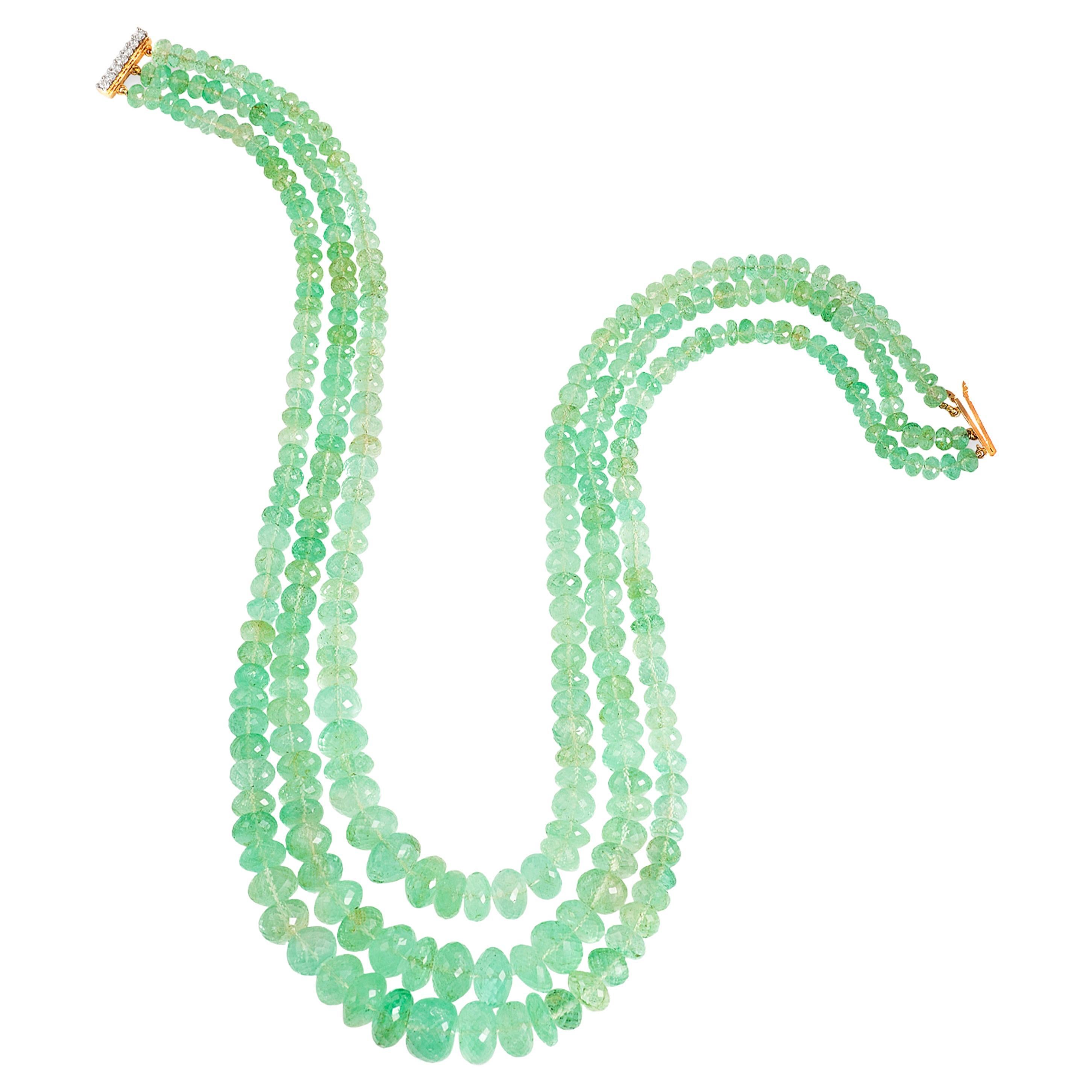 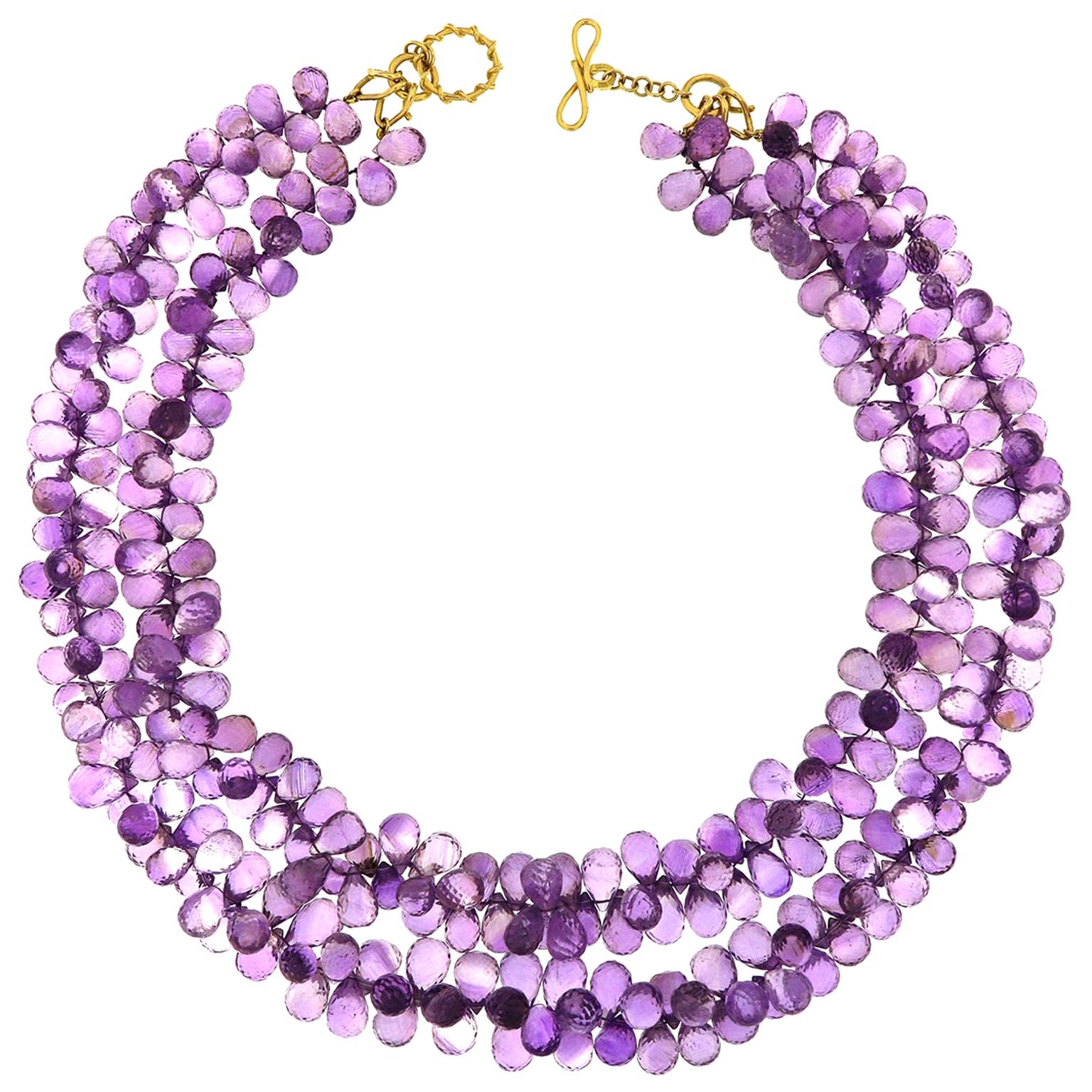 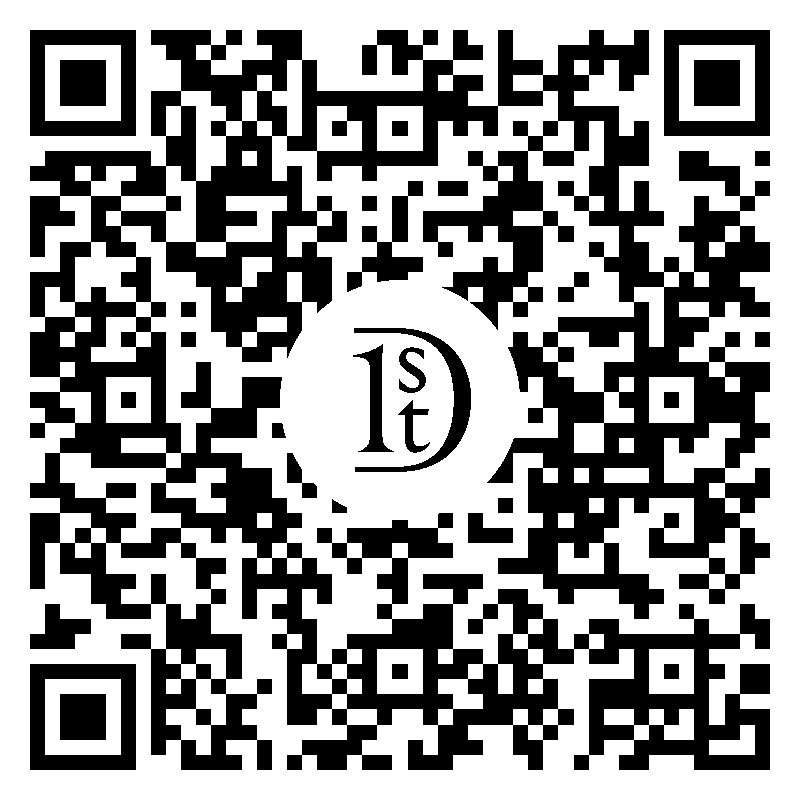 A very special Vintage 1964 Dior Torsade Collar hailing from the era of Marc Bohan at the Head of Dior's design. Crafted with hundreds and hundreds of emerald green glass faceted beads creating four triple strands for that timelessly chic torsade look. The emerald glass beads are finished to give the illusion of tumbled emerald gemstone beads. Finished with a delightful emerald and white crystal claw set bombe style clasp - wear to the back or side for added chic. In very good condition, 44cms, signed and dated. An exquisite piece of Christian Dior's heritage and a seriously beautiful piece to own and wear. Established in 2016, this is a British brand that is already making a name for itself in the jewellery world both at home and internationally. The founder has a deep love for timeless and unique jewellery. Curating rare and stunning pieces of the world’s finest vintage jewellery, the founder has extraordinary passion, an exceptional eye for style, a lifetime of experience and a deep knowledge of the vintage market. Utterly captivated by vintage French couture house jewellery from the likes of Chanel, Dior, Yves Saint Laurent and Givenchy for as long as she can remember, the founder bought her first vintage piece in her early teens and has since amassed an enviable collection of heart-stoppingly beautiful pieces. Bringing classic pieces back to life and showcasing vintage style from the last century, is at the center of this brand, offering a service that is as unique as the collection. We hope you love our collection and are here to help in your selection. Thank you for stopping by. 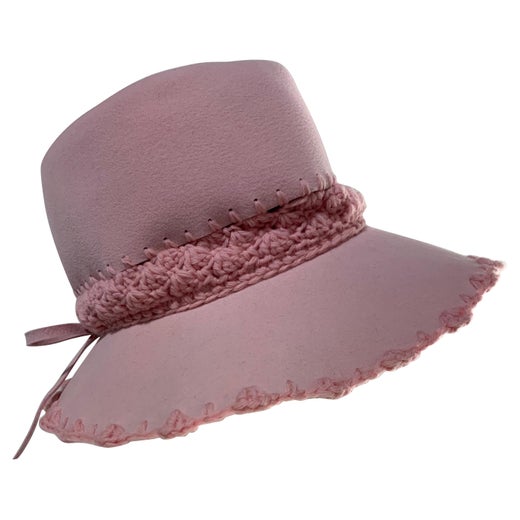 When Christian Dior launched his couture house, in 1946, he wanted nothing less than to make “an elegant woman more beautiful and a beautiful woman more elegant.” He succeeded, and in doing so the visionary designer altered the landscape of 20th century fashion. Dior was born in Granville, on the Normandy coast, in 1905. His prosperous haute bourgeois parents wanted him to become a diplomat despite his interest in art and architecture. However, they agreed to bankroll an art gallery, which Dior opened in 1928 in Paris with a friend.This was the start of Dior’s rise in the city’s creative milieu, where he befriended Pablo Picasso and Jean Cocteau. After seven years as an art dealer, Dior retrained as a fashion illustrator, eventually landing a job as a fashion designer for Robert Piguet, and in 1941, following a year of military service, he joined the house of Lucien Lelong. Just five years later, with the backing of industrialist Marcel Boussac, the ascendant Dior established his own fashion house, at 30 avenue Montaigne in Paris. Just two years after the end of World War II, the fashion crowd and the moribund haute couture industry were yearning, comme tout Paris, for security and prosperity, desperate to discard the drab, sexless, utilitarian garb imposed by wartime deprivation. They needed to dream anew.And Dior delivered: He designed a collection for a bright, optimistic future. “It’s quite a revolution, dear Christian!” exclaimed Carmel Snow, the prescient American editor-in-chief of Harper’s Bazaar, famously proclaiming, “Your dresses have such a new look.” The press ran with the description, christening Dior’s debut Spring/Summer haute couture collection the New Look. “God help those who bought before they saw Dior,” said Snow. “This changes everything.”Dior’s collection definitively declared that opulence, luxury and femininity were in. His skirts could have 40-meter-circumference hems, and outfits could weigh up to 60 pounds. They were cut and shaped like architecture, on strong foundations that molded women and “freed them from nature,” Dior said. Rather than rationing, his ladies wanted reams of fabric and 19-inch waists enforced by wire corsets, and the fashion world concurred. The debut got a standing ovation.In the subsequent decade, Paris ruled as the undisputed fashion capital of the world, and Christian Dior reigned as its king. With the luxuriously full skirts of his New Look, suits and his drop-dead gorgeous evening dresses and ball gowns worthy of any princess, Dior gave women the gift of glamour they’d lost in the miserable years of war.On 1stDibs, find an exquisite range of vintage Christian Dior clothing, jewelry, handbags and other items.

About the Seller
5 / 5
Located in Wilmslow, United Kingdom
Recognized Seller
These prestigious sellers are industry leaders and represent the highest echelon for item quality and design.
Platinum Seller
These expertly vetted sellers are 1stDibs' most experienced sellers and are rated highest by our customers.
Established in 2015
1stDibs seller since 2020
137 sales on 1stDibs
Typical response time: <1 hour
More From This Seller

$1,626
Free Shipping
AENEA 18k Pink Gold Coral Blue Sapphires White Diamonds Tassle Necklace
By AENEA Jewellery
Located in Salzburg, AT
Designing this Necklace, we had the powerful women of the 21st century in mind. Female but independent, always elegant and sophisticated, yet with a relaxed style. More relaxed, does...
Category