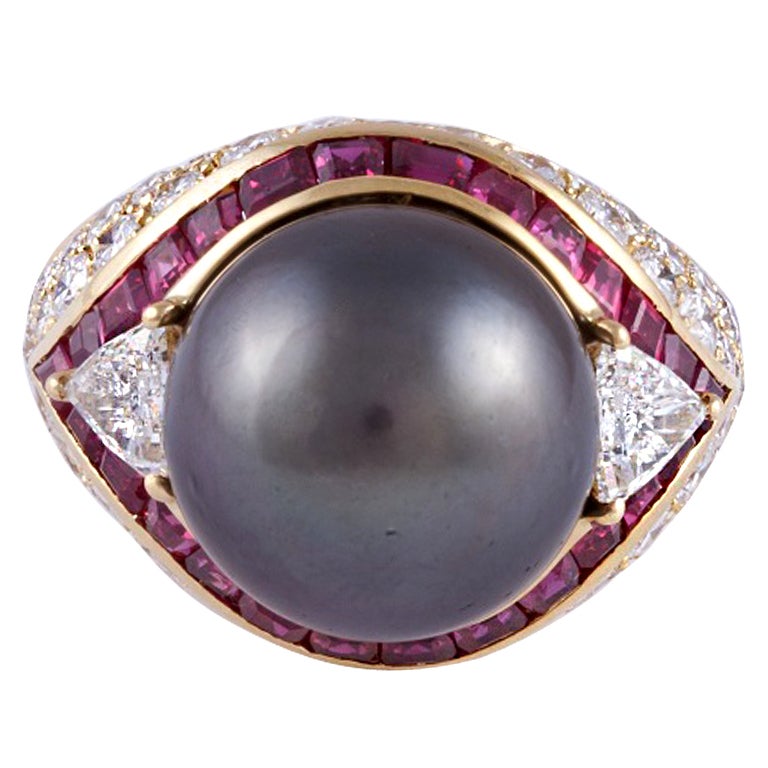 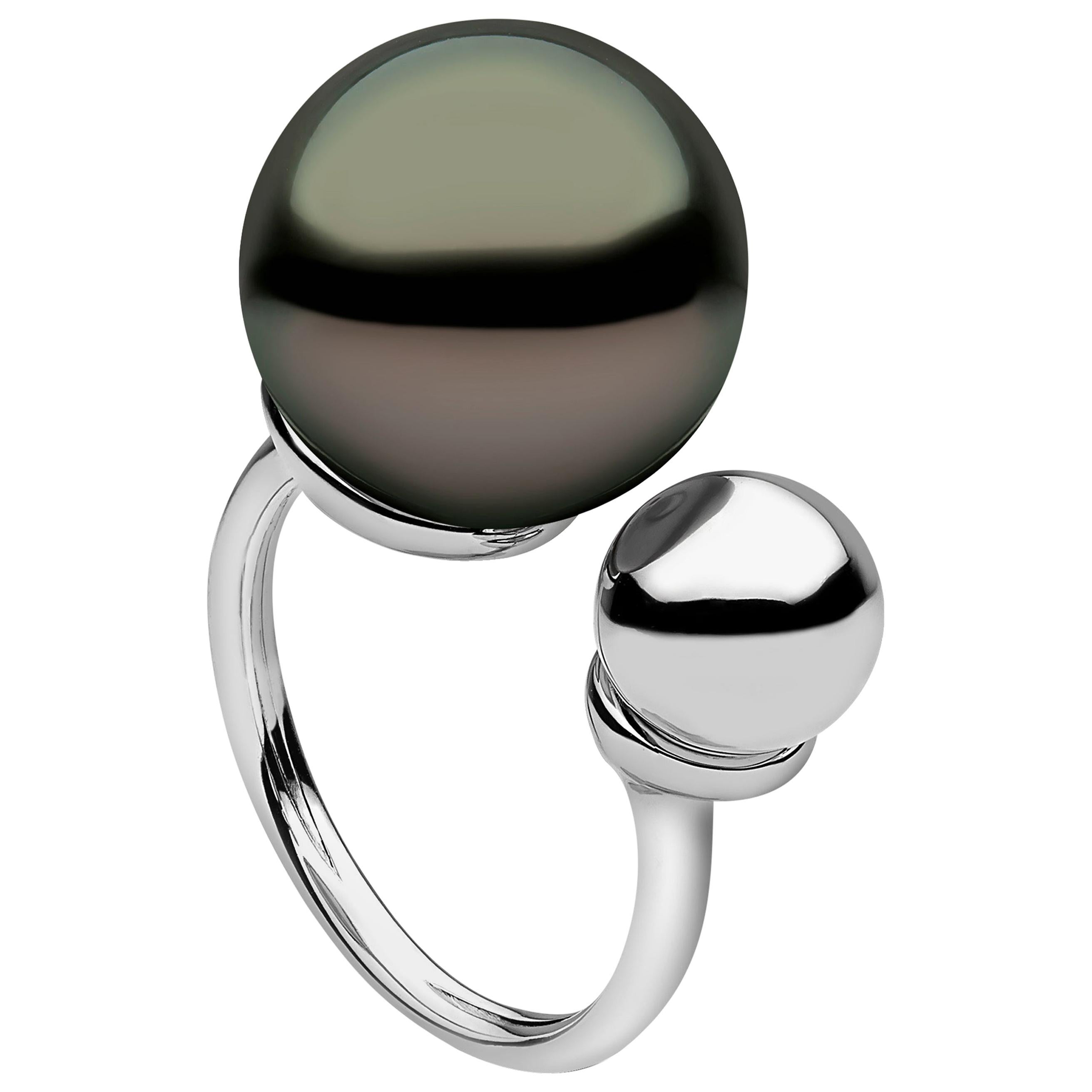 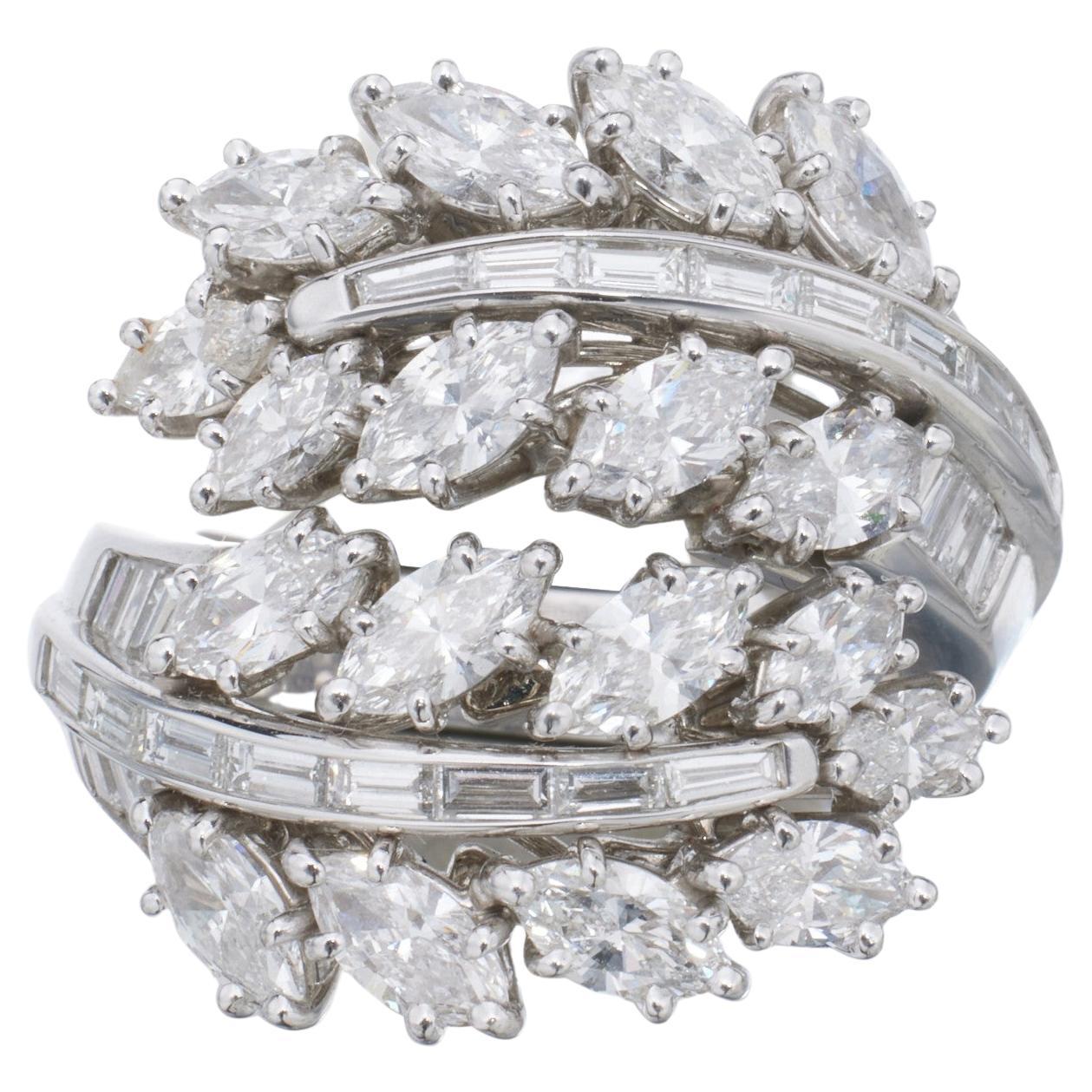 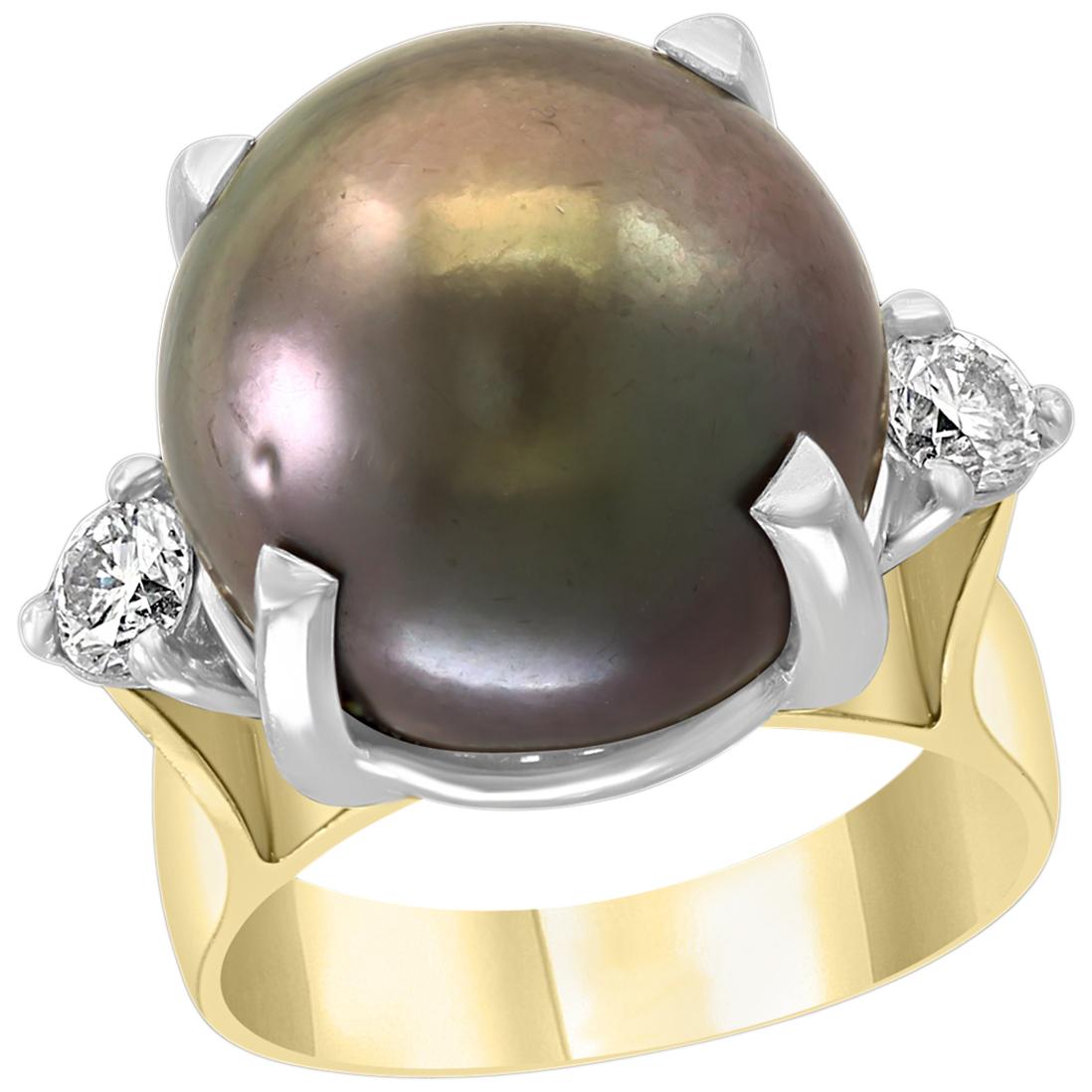 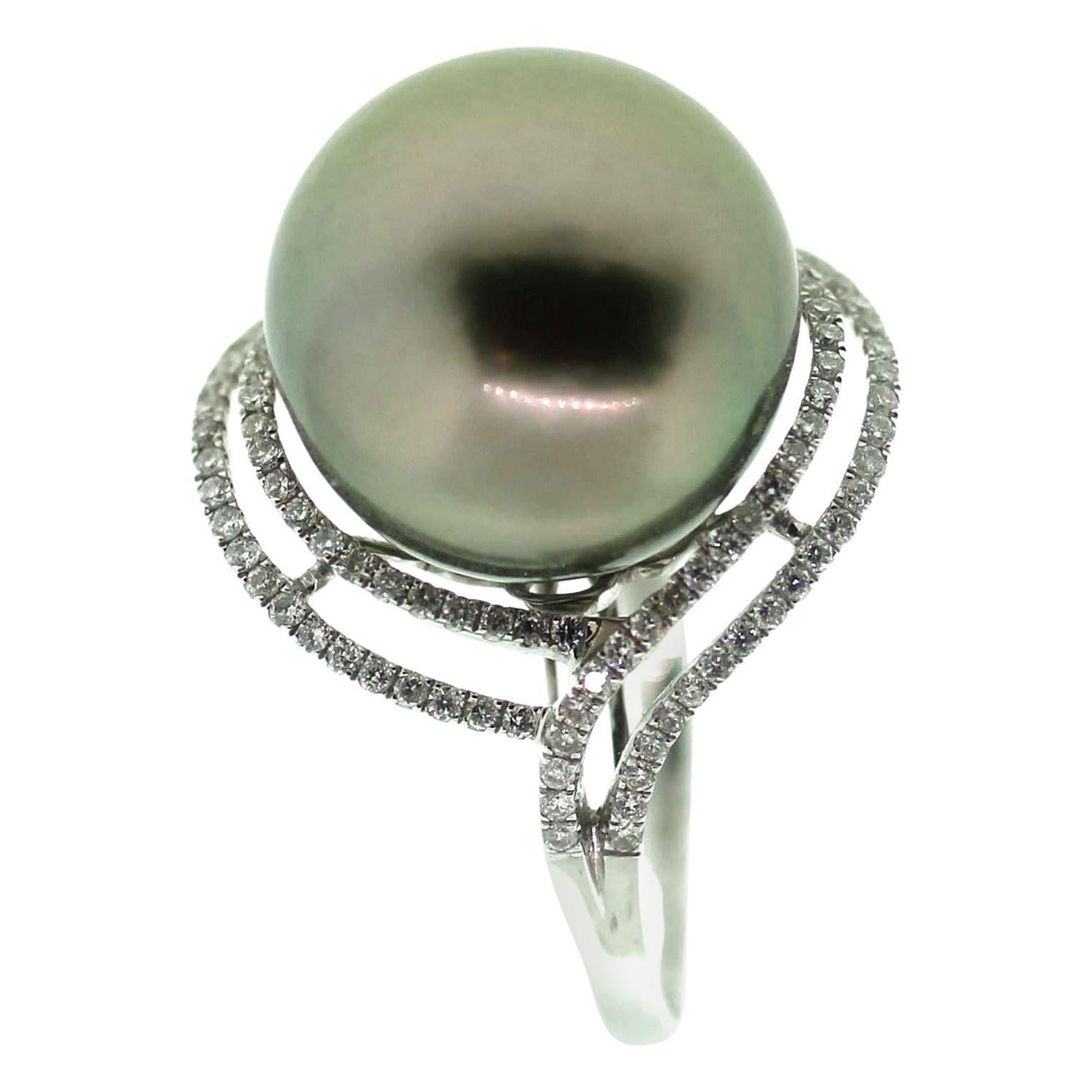 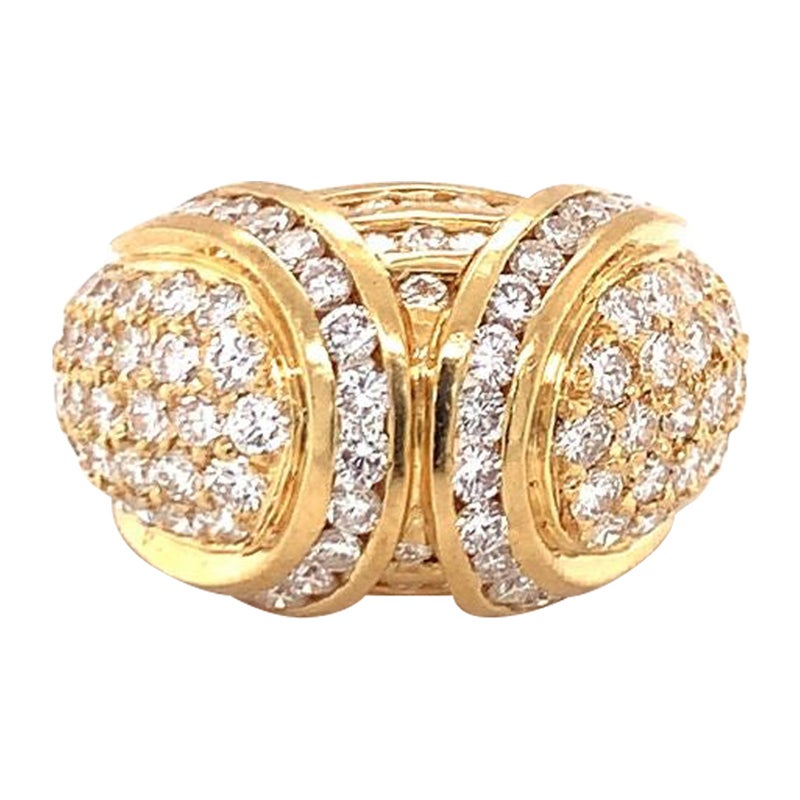 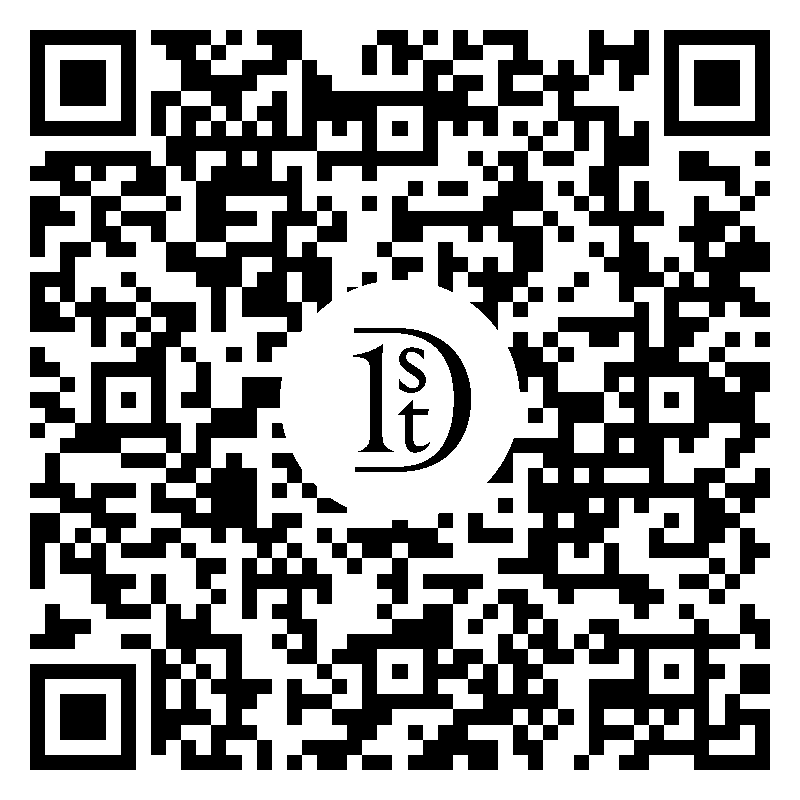 Splendid one-of-a-kind Harry Winston ring radiating 1970s glamour and showcasing approximately 5 carats of vividly-hued rubies and 1 carat of fine white diamonds, along with an eye-catching black Tahitian pearl that completes a bold and striking look. Of an attractive dome design with a large (approximately 12mm) and perfectly round pearl at the center, framed by a row of pear-shaped rubies of rich saturation and further accented by sparkling round diamonds along its fringe. The ring is wonderfully 3-dimensional with the pearl prominently nestled atop the 18 karat gold setting, and the rubies and diamonds encircling it set at a slight downward angle allowing for maximum exposure. This altogether creates a stunning profile, as well as the top-view, reminiscent of a flower in full bloom. The velvety surface of the pearl displays discreet rose and green overtones typical of finest pearl examples. The color contrasting of red rubies, white diamonds, and Tahitian pearl creates a truly memorable jewelry piece. A masterful creation from one of the most esteemed jewelers of the 20th century and a must have for those seeking iconic Harry Winston design. - Featuring approximately 5 carats of richly-hued rubies and approximately 1 carat of fine white (F-H color) round diamonds - With a large (approximately 12mm) round Tahitian black pearl - One-of-a-kind and highly collectible Harry Winston design circa 1970s - Ring size: 7.25 (US) / O (UK) / 55 (EU); ring is resizable - Signed Winston with makers mark JT for Jacques Timey - Available with separately listed Harry Winston earrings of matching design 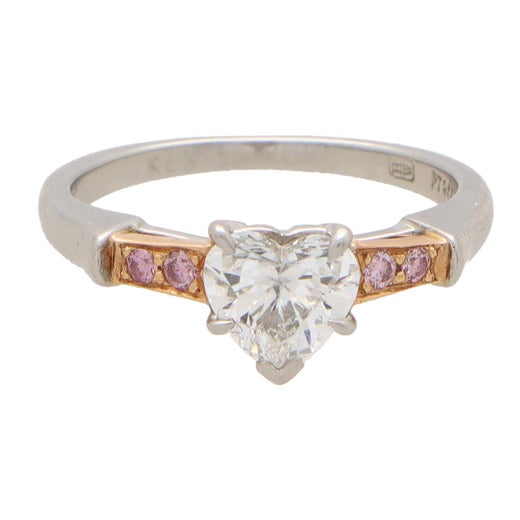 Among the famed gemstones that Harry Winston (1896–1978) encountered over the course of his career was the Hope diamond, which he donated to the Smithsonian Institution in 1958. Today, Winston is regarded as the “King of Diamonds” and the “Jeweler to the Stars” as one of the first to recognize the branding power of lending glitzy earrings, necklaces and other fine jewelry for red-carpet events.

Winston was also a pioneer of marketing as the first jeweler to dress an Academy Awards nominee when he loaned some diamond jewelry to Jennifer Jones for the 1944 Oscar ceremony. Winston was renowned for his eye for the finest of gemstones and the ability to design pieces in order to best flaunt their natural dazzle. He regularly showed off his collection in touring exhibitions, such as the 1949 “Court of Jewels,” which featured the Hope diamond. His storied past and long legacy is continued by the House of Harry Winston and its salons in Japan, the United Kingdom and elsewhere.

On 1stDibs, find a stunning collection of Harry Winston jewelry that includes bracelets, wedding rings, engagement rings and other accessories.

1stDibs Buyer Protection Guaranteed
If your item arrives not as described, we’ll work with you and the seller to make it right. Learn More
About the Seller
5.0
Located in Dallas, TX
Gold Seller
These expertly vetted sellers are highly rated and consistently exceed customer expectations.
Established in 2009
1stDibs seller since 2021
5 sales on 1stDibs
Typical response time: 2 hours
More From This SellerView All
People Also Browsed
You May Also Like
Featured in The Ring EditView All