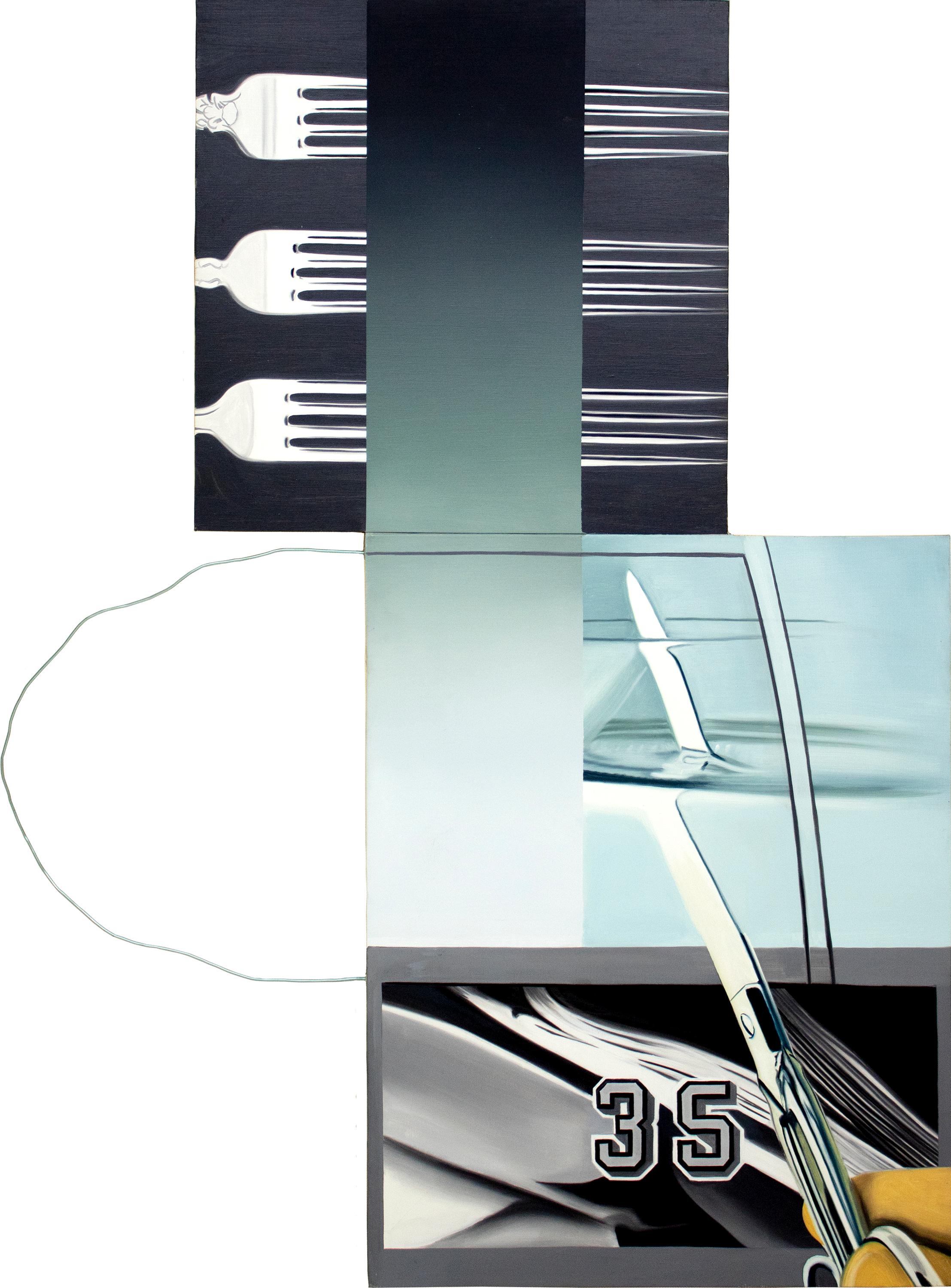 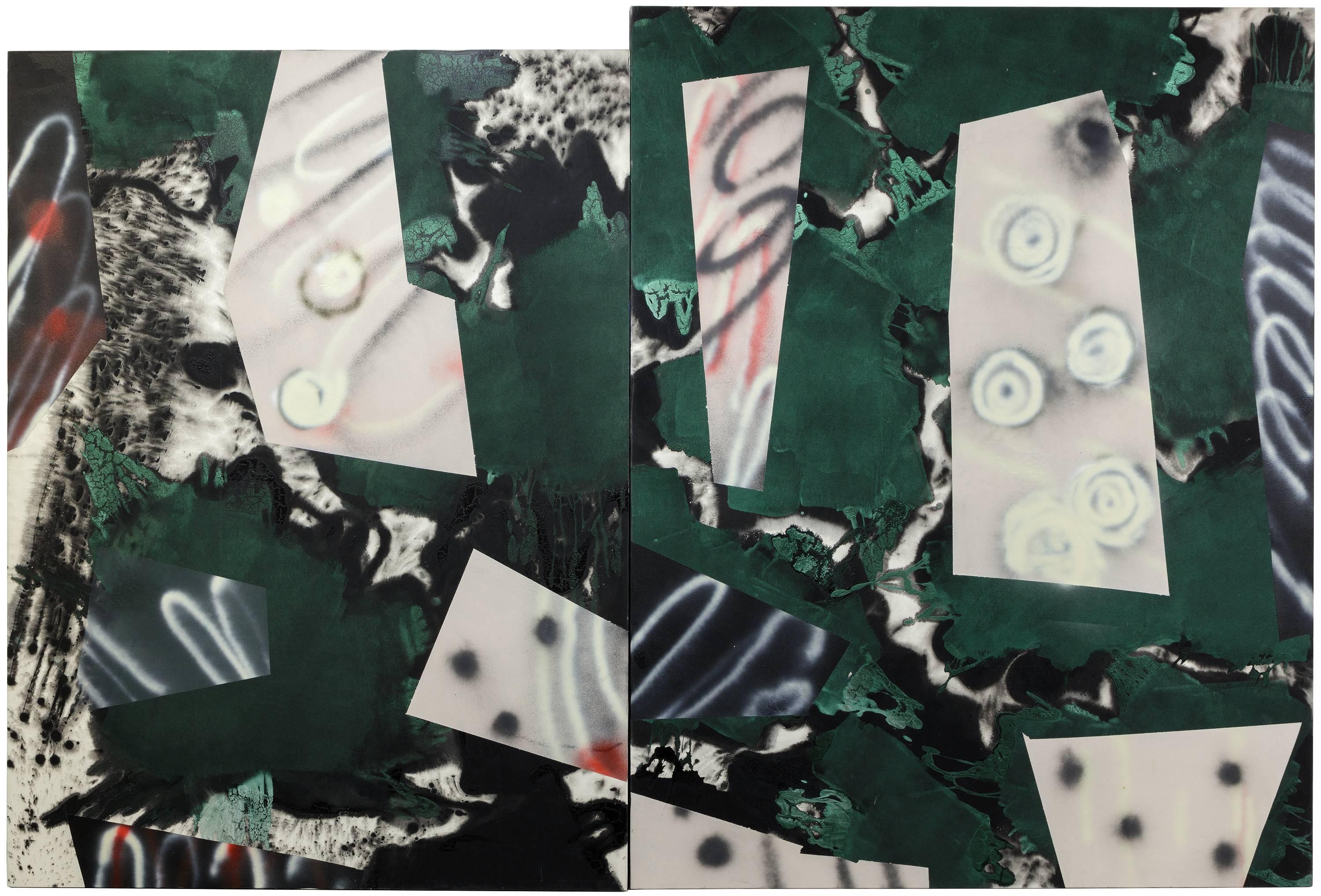 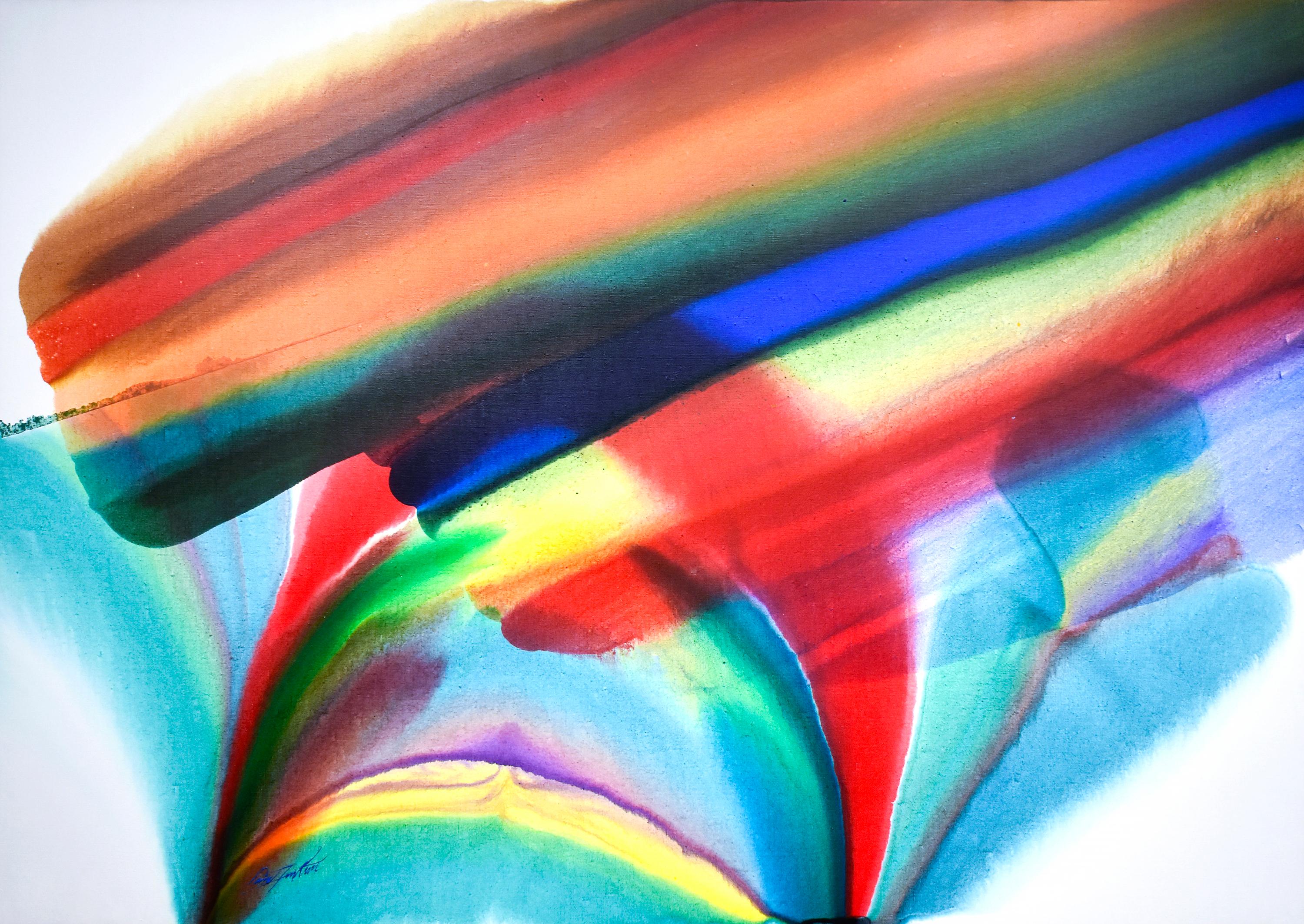 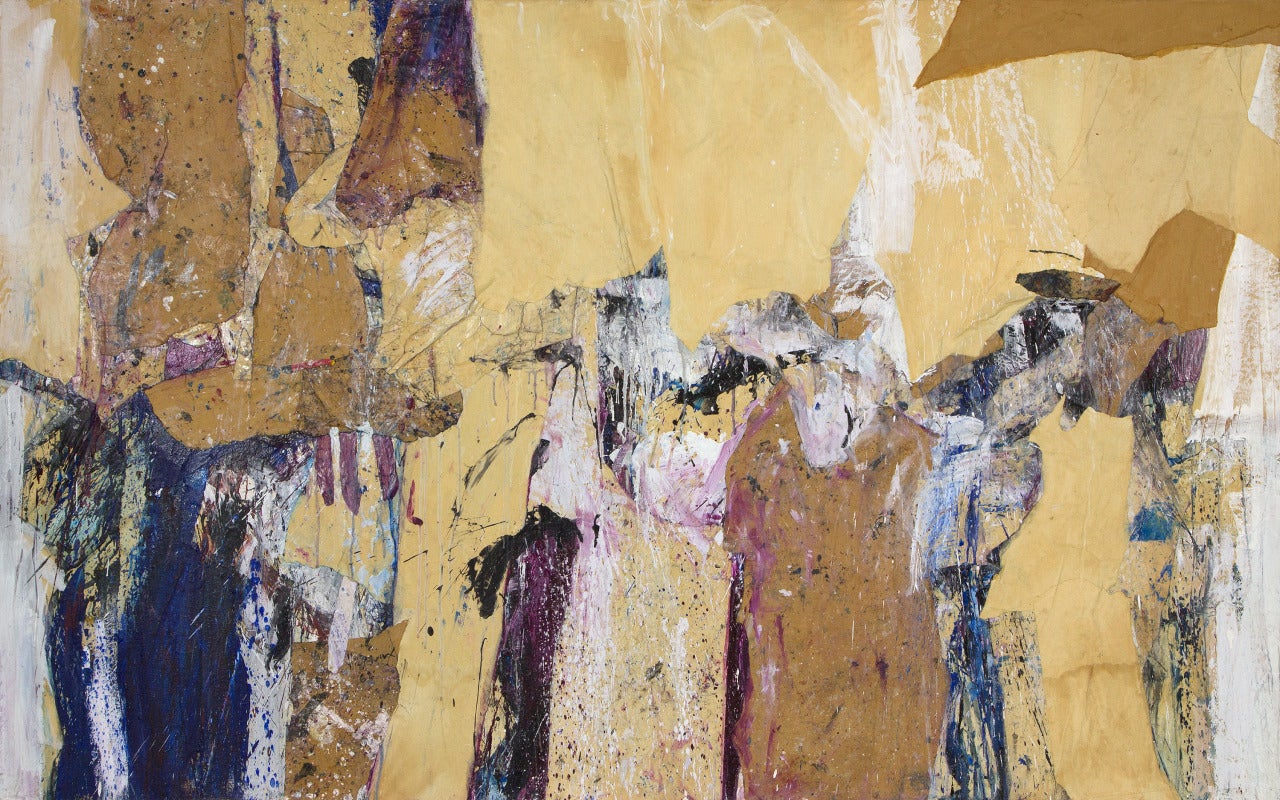 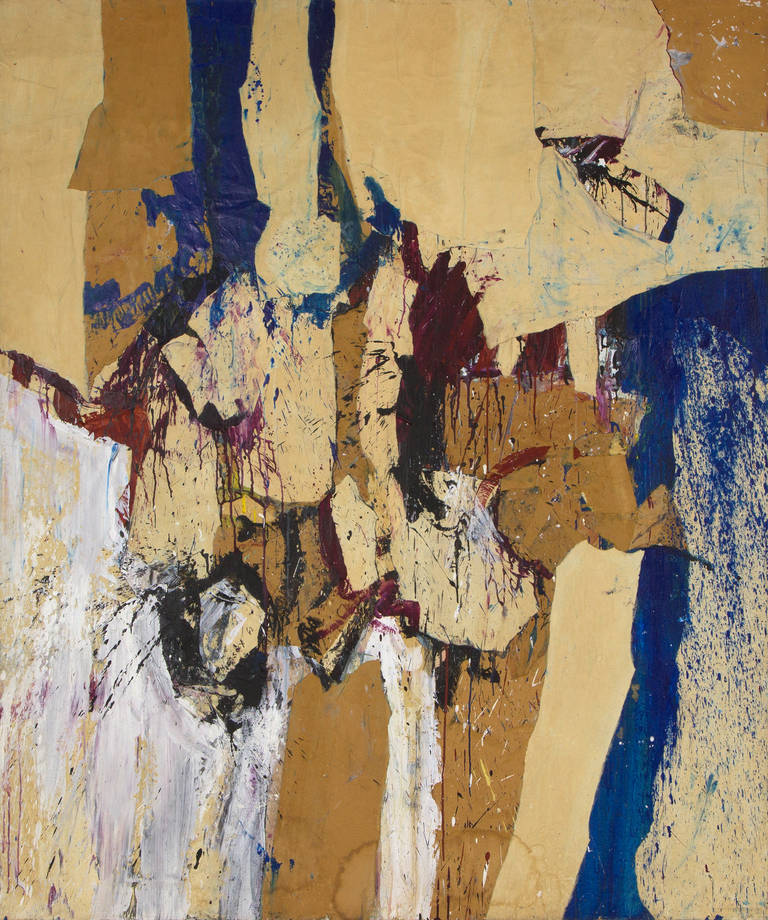 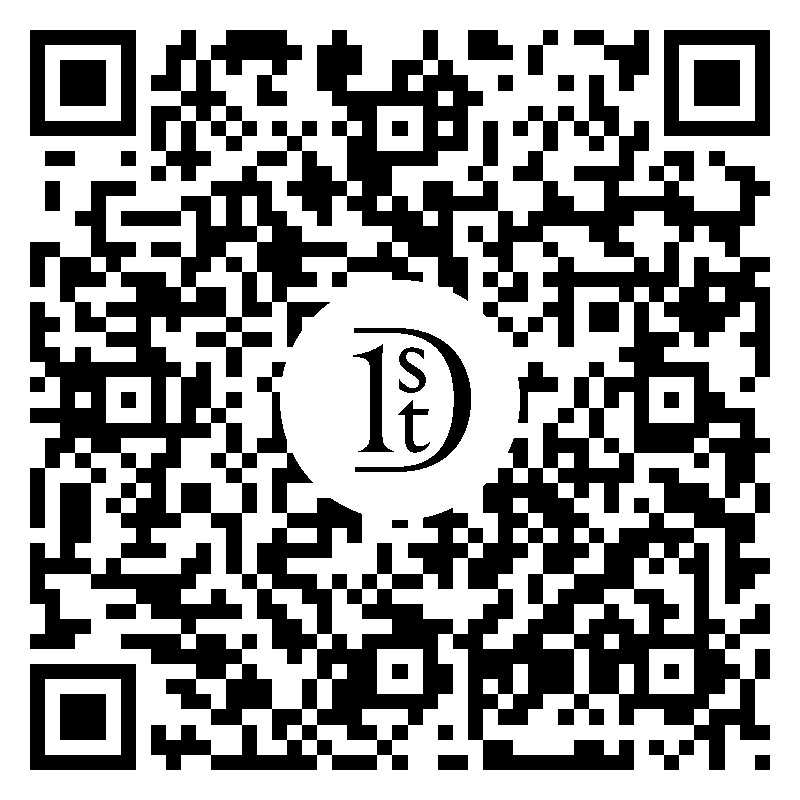 A painting by James Rosenquist. "Television or the Cat's Cradle Supports Electronic Picture" is a Pop-Art painting, acrylic on canvas over panel in a palette of blacks, pinks, and blues by Blue Chip, American artist James Rosenquist. A leader of 1960’s pop art, James Rosenquist was born in Grand Forks, North Dakota in 1933. After his family moved to Minneapolis, he studied art at both the Minneapolis School of Art and the University of Minnesota. Upon receiving a scholarship to the Art Students League in 1955, Rosenquist moved to New York City. Although he left the school after only a year, he painted billboards across the city before renting a studio space in Manhattan in 1960 where he developed his own artistic career. Rosenquist had his first solo show at the Green Gallery in New York in 1962 and achieved international acclaim with his room-scale painting, F-111 in 1965. Subsequently, Rosenquist has been honored throughout his extensive career. In 1978, he was appointed to a six-year term on the Board of the National Council of the Arts. More recently in 2002, he was given the Fundacion Cristobal Gabarron’s annual international award for art in recognition of his contributions to universal culture. Rosenquist’s work continues to evolve and influence contemporary artists. Rosenquist’s billboard painting served as the basis for his visual language, often adapted from advertising and pop culture. His work demonstrates a clear interest in deliberate color, line, and shape. However much of his work fragments and overlaps disproportionate images to abstract banal objects such as laundry detergent. Effectively, Rosenquist’s work confronts the viewer in unexpected ways, pushing them to reconsider consumer culture. Although primarily a painter, Rosenquist also produced numerous prints, drawings, and collages. In fact, his 1992 print Time Dust is cited as the world’s largest print in the world at 7 x 35 feet. Today, he continues to work and execute large-scale commissions including his three-painting suite The Swimmer in the Econo-mist for Deutsche Guggenheim 1998. Provenance: Bernard Jacobson Gallery, New York Private Collection, Houston Exhibition: 1993 Williamson Gallery, Art Center College of Design, Pasadena, California 2013 Celestial, McClain Gallery, Houston, Texas 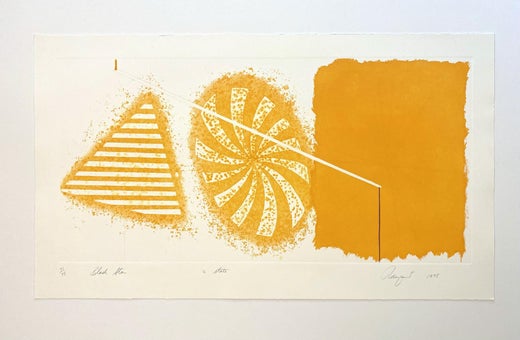 Although he insisted that he and his fellow Pop artists developed their art-making styles independently, American painter James Rosenquist belonged at the table with Andy Warhol and Roy Lichtenstein.

About the Seller
4.9
Located in Palm Desert, CA
Platinum Seller
These expertly vetted sellers are 1stDibs' most experienced sellers and are rated highest by our customers.
Established in 1996
1stDibs seller since 2011
85 sales on 1stDibs
Typical response time: 1 hour
More From This Seller

Price Upon Request
French Pop Art Modernist Textured Painting Abstract With Stencilled Letters
Located in Surfside, FL
This is a large mixed media abstract painting with stencilled letters in a sans serif typeface in blue and red. it is in the manner of James Coignard but does not appear to be signed...
Category

$12,500
Flowers F&S II.6
By Andy Warhol
Located in Miami, FL
From the edition of approximately 300 (none of which were numbered). Offset Lithograph in colors signed and dated in ink in the lower margin. Publisher: Leo Castelli Gallery, New Yo...
Category