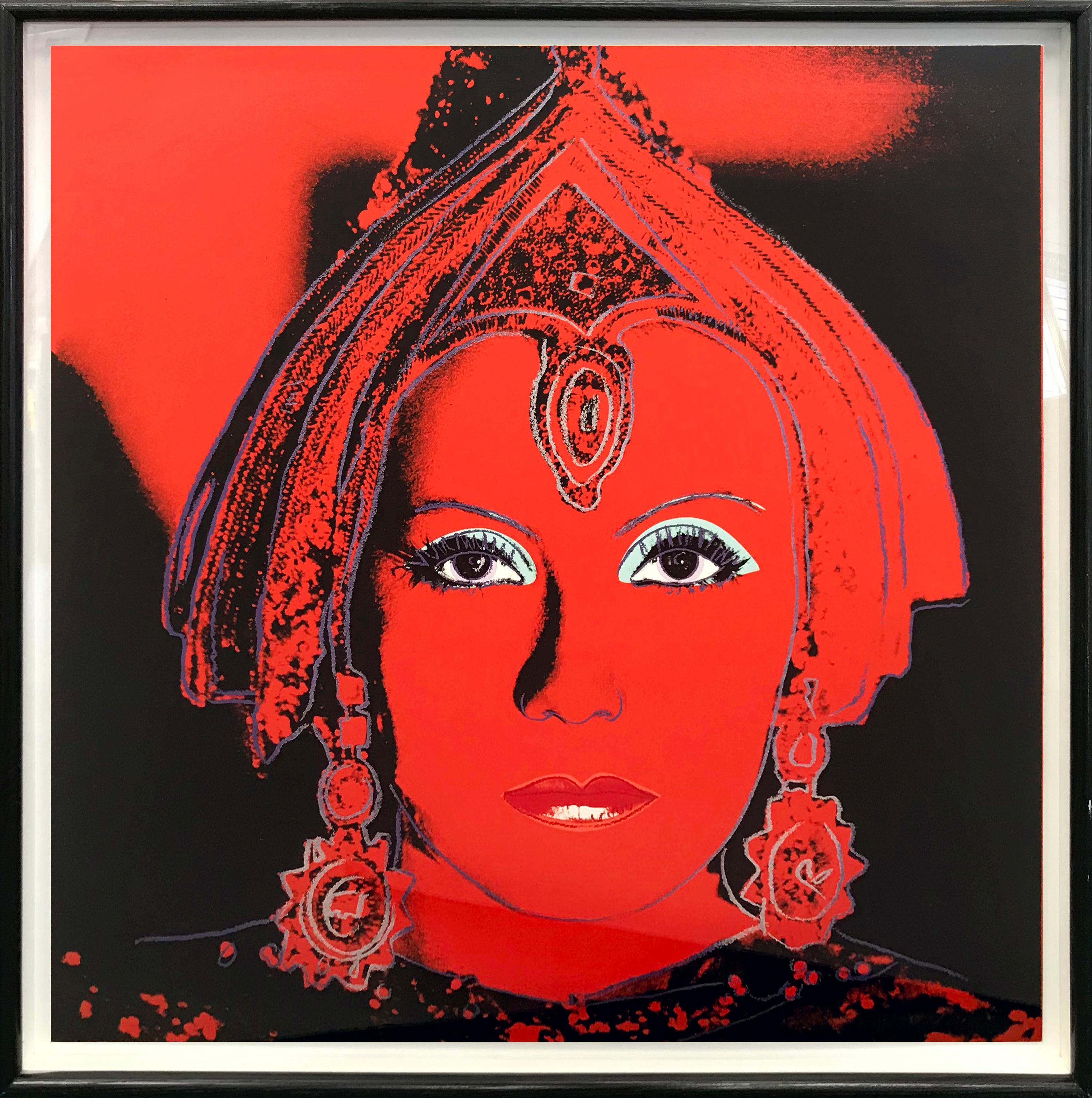 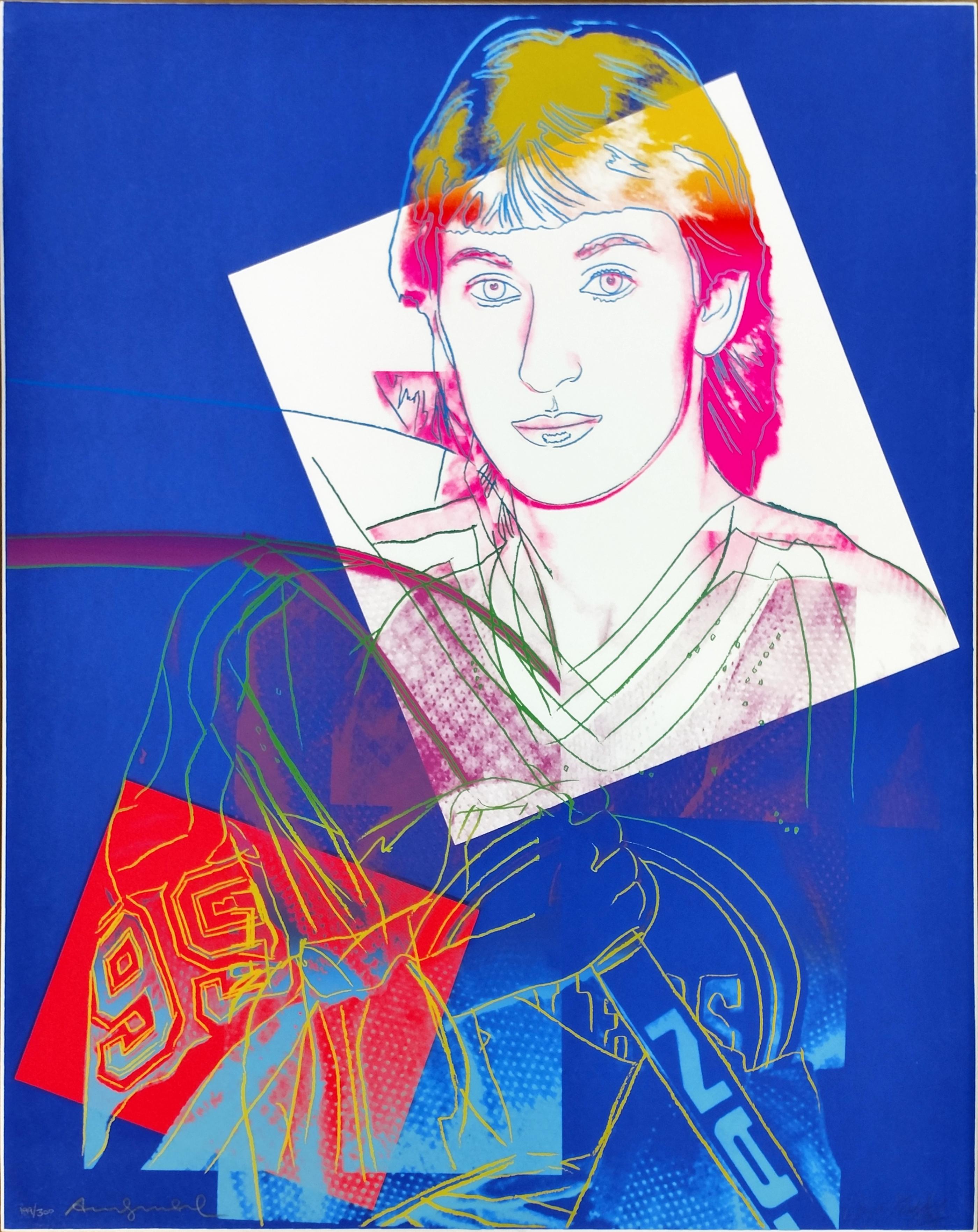 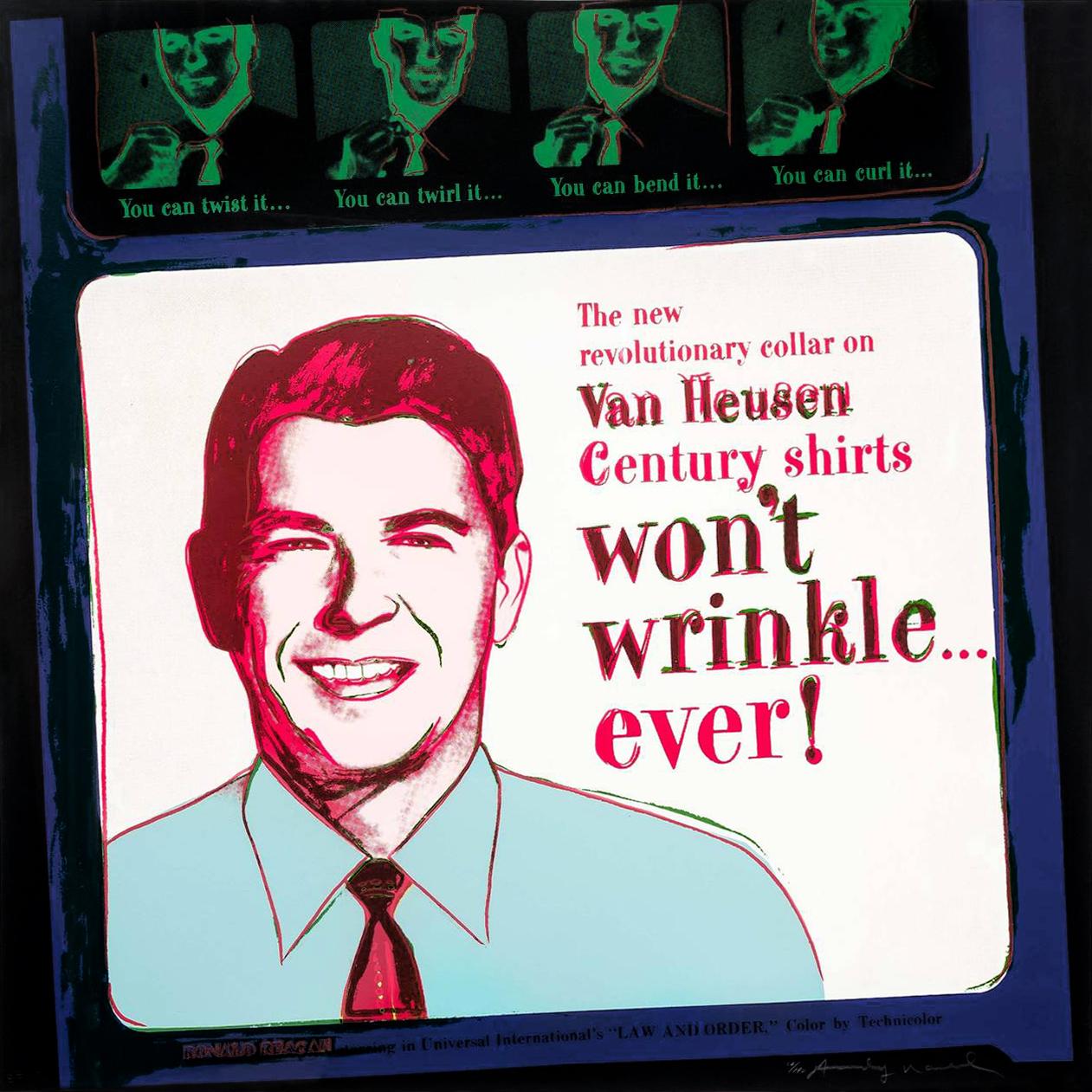 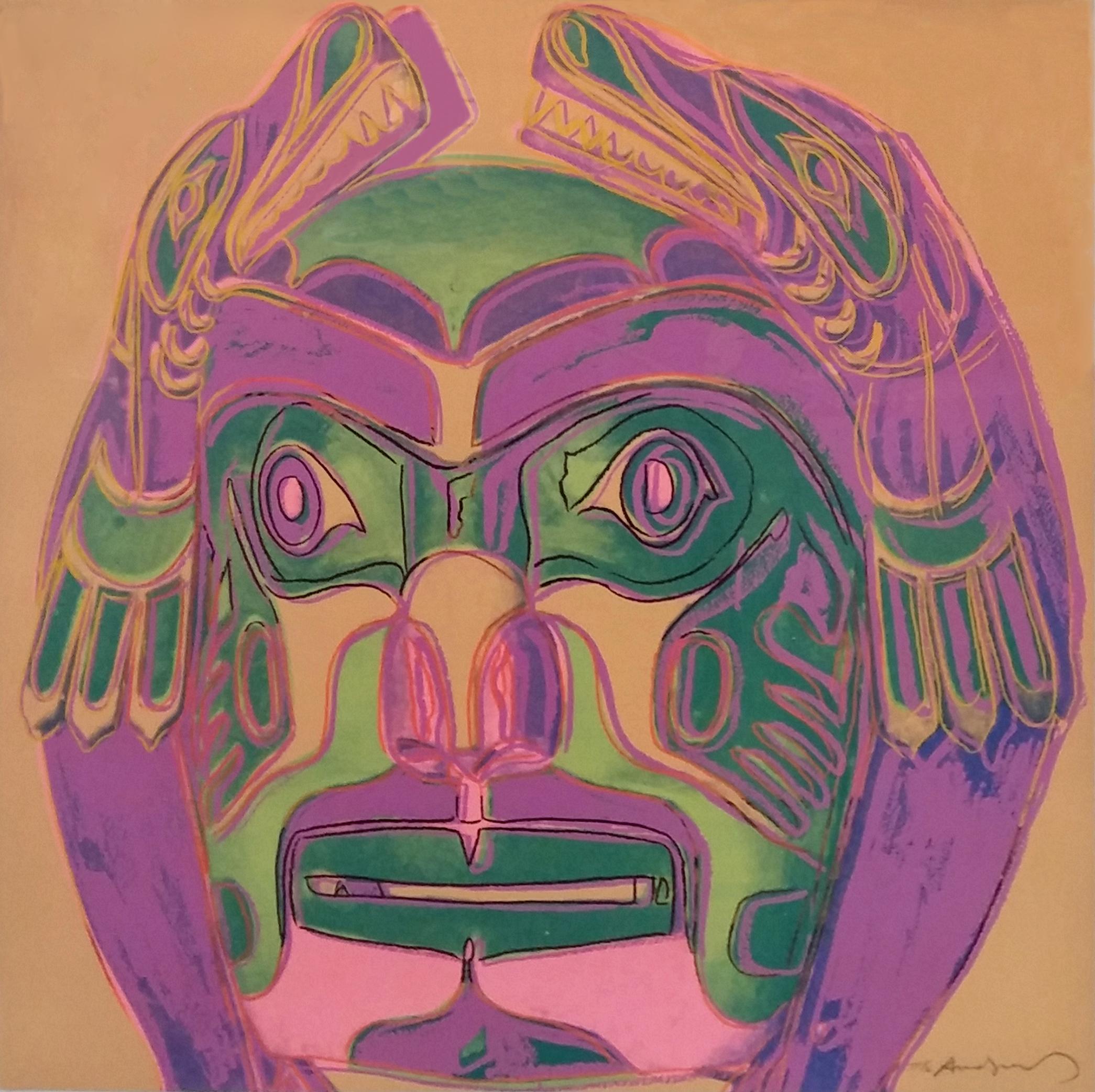 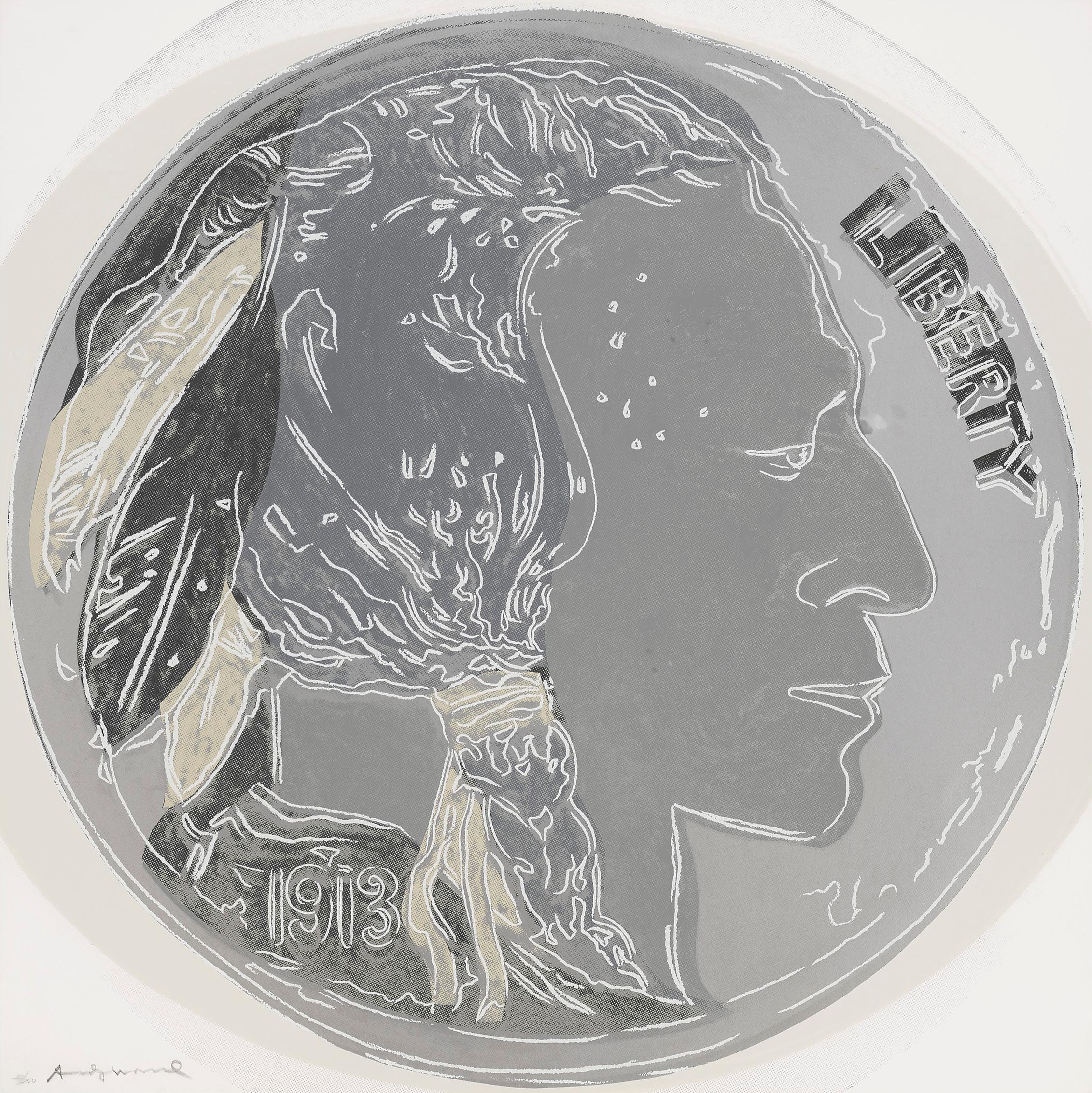 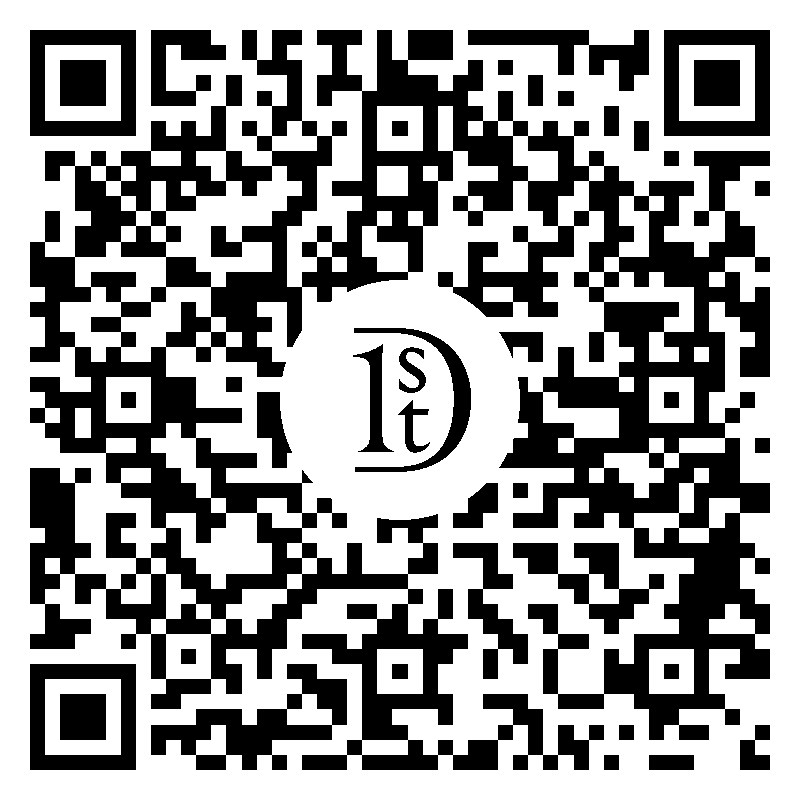 Created in 1984, Grace Kelly is a color screenprint on Lenox Museum Board hand-signed by Andy Warhol (Pennsylvania, 1928 - New York, 1987) in pencil in lower right. This work is numbered from the edition of 225 in pencil in lower right apart from the edition of: 30 Artist's Proofs, 8 Printer's Proofs, 2 Hors Commerce, 50 numbered in Roman numerals, 20 Trial Proofs; printed by Rupert Jasen Smith, New York; and published by Institute of Contemporary Art, University of Pennsylvania, Philadelphia, Pennsylvania, with the consent of the Princess Grace Foundation. Andy Warhol Grace Kelly, 1984 is an exquisite offering from the pop artist. Grace Kelly’s classic beauty is celebrated in this vibrant portrait. The image is based on a still from the actress’s cinema debut in the film Fourteen Hours, 1951. In a three quarter view, the actress turned royalty stuns the viewer with her feminine beauty. Her famous blonde hair stands out more than anything else in the image, iconized in bright canary yellow. A Technicolor outline traces Grace Kelly’s features, hair and color, her stylized Warhol portrait set against a pale turquoise background. Andy Warhol Grace Kelly, 1984 was created by the pop artist two years following her untimely passing in 1982. The Princess of Monaco was instrumental in improving Monaco’s arts institution, founding the Princess Grace foundation to bring support to local artisans. Following her death, the Princess Grace Foundation (USA) was established in her honor to continue her mission of supporting emerging artists. Catalogue Raisonné & COA: Andy Warhol Grace Kelly, 1984 is fully documented and referenced in the below catalogue raisonnés and texts (copies will be enclosed as added documentation with the invoices that will accompany the sale of the work). 1.  Feldman, F. and Schellmann, J. Andy Warhol Prints: A Catalogue Raisonné 1962 – 1987, 4th Ed. New York: Distributed Art Publishers, Inc.: 2003. Listed and illustrated as catalogue raisonné no. II.305. About the Framing: Framed to museum-grade, conservation standards, Andy Warhol Grace Kelly, 1984 is presented in a complementary moulding and optical grade Plexiglas. 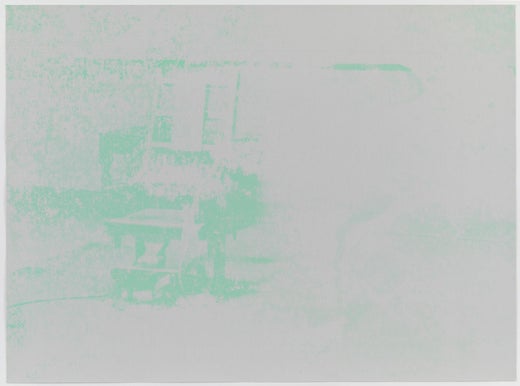 The name of American artist Andy Warhol is all but synonymous with Pop art, the movement he helped shape in the 1960s. He is known for his clever appropriation of motifs and images from popular advertising and commercials, which he integrated into graphic, vibrant works that utilized mass-production technologies such as printmaking, photography and silkscreening. Later in his career, Warhol expanded his oeuvre to include other forms of media, founding Interview magazine and producing fashion shoots and films on-site at the Factory, his world-famous studio in New York.Born and educated in in Pittsburgh, Warhol moved to New York City in 1949 and built a successful career as a commercial illustrator. Although he made whimsical drawings as a hobby during these years, his career as a fine artist began in the mid-1950s with ink-blot drawings and hand-drawn silkscreens. The 1955 lithograph You Can Lead a Shoe to Water illustrates how he incorporated in his artwork advertising styles and techniques, in this case shoe commercials.As a child, Warhol was often sick and spent much of his time in bed, where he would make sketches and put together collections of movie-star photographs. He described this period as formative in terms of his skills and interests. Indeed, Warhol remained obsessed with celebrities throughout his career, often producing series devoted to a famous face or an object from the popular culture, such as Chairman Mao or Campbell’s tomato soup. The 1967 silkscreen Marilyn 25 embodies his love of bright color and famous subjects.Warhol was a prominent cultural figure in New York during the 1960s, ’70s and ’80s. The Factory was a gathering place for the era’s celebrities, writers, drag queens and fellow artists, and collaboration was common. To this day, Warhol remains one of the most important artists of the 20th century and continues to exert influence on contemporary creators.Find a collection of original Andy Warhol art on 1stDibs.
About the SellerNew to 1stDibs
Joined in the past six months.
No Reviews Yet
Located in Oakland Hills, CA
Vetted Seller
These experienced sellers undergo a comprehensive evaluation by our team of in-house experts.
1stDibs seller since 2021
Typical response time: 4 hours
More From This Seller

MYTHS: THE STAR F&S II.258
By Andy Warhol
Located in Aventura, FL
Hand signed and numbered on verso by the artist. Edition of 200 plus 30 artist’s proofs. From the Myths Portfolio. Screenprint with diamond dust on Lenox Museum Board. Published b...
Category

$65,000
$ (QUADRANT) FS II.284
By Andy Warhol
Located in Aventura, FL
Hand signed and numbered by the artist. From the edition of 5/60 (there were also 10 artist's proofs). Unique screenprint on Lenox Museum Board. Printed by Rupert Jasen Smith, New ...
Category

$105,000
INDIAN HEAD NICKEL FS II.385
By Andy Warhol
Located in Aventura, FL
Screenprint on Lenox museum board. From the Cowboys And Indians Portfolio. Hand-signed and numbered in pencil, lower left. Edition of 250 (there were also 50 artist's proofs). Publ...
Category