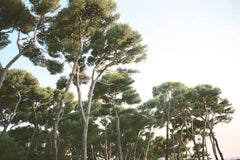 Surely you’ll find the exact hotel cap e you’re seeking on 1stDibs — we’ve got a vast assortment for sale. Making the right choice when shopping for a hotel cap e may mean carefully reviewing examples of this item dating from different eras — you can find an early iteration of this piece from the 20th Century and a newer version made as recently as the 21st Century. If you’re looking to add a hotel cap e to create new energy in an otherwise neutral space in your home, you can find a work on 1stDibs that features elements of black, gray, purple, blue and more. Artworks like these — often created in digital print, lambda print and laser print — can elevate any room of your home.

How Much is a Hotel Cap E?

Committed to eschewing makeup and artificial lighting, Aarons created images that are at once candid and polished, combining the relaxed posture of his subjects, who trusted him to document their lives, with the visual sharpness of a seasoned art director. Having gotten his start taking pictures for the U.S. military magazine Yank during World War II, he contributed over the course of his career to Life, Town and Country and Holiday magazines and published several books.

Find a collection of vintage Slim Aarons photography on 1stDibs.