Ben Schonzeit was born in Brooklyn, New York in 1942. He is a graduate of The Cooper Union. He has exhibited widely both here and abroad since 1969. Schonzeit is a leading representative of the so-called Photo-Realists, who use photographs rather than reality as a basis for their paintings. He has also created works on paper from life and his imagination using a variety of mediums such as pen & ink, brush and watercolor. Schonzeit is internationally recognized as a pioneer of the Photorealist Movement (1970's) along with artists such as Richard Estes, Chuck Close, Robert Bechtle and Malcolm Morley. However, Schonzeit sets himself apart from this movement by choice and depiction of the subject matter. Schonzeit’s canvases were filled with highly magnified fruits, vegetables and flowers sometimes reproduced in a deliberately skewed, out of focus manner. His aesthetic is informed by the concurrent movements of Pop, that of color field painting, whose concerns were more formal. Schonzeit uses familiar objects as a vehicle to explore issues of color, form, content and abstraction. He is a prolific artist who embraces imagination as opposed to observation; invented rather than the depicted. Schonzeit is concerned with narrative color, abstraction, intellectual experience, drama and beauty. His work speaks of sensation, nostalgia, memory, relationships and associations unique to each viewer and each viewing. His paintings, drawings and photographs are included in the collections of many important museums around the world including the Solomon R. Guggenheim Museum, The Metropolitan Museum of Art, the Neue Nationalgalerie, Berlin, the Kunstmuseum Basel, the Denver Art Museum, and the Brooklyn Museum. 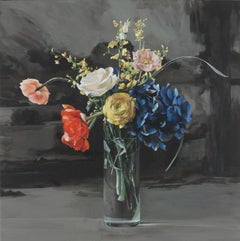 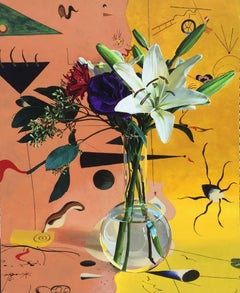