Henning Koppel was a Danish sculptor and designer, who was associated with the well known Georg Jensen silver department during most of his career. In the early 1960s, he along with his work at Georg Jensen also made a few designs for the Danish porcelain factory Bing & Grøndahl from where his most known design is his dinnerware and coffee service. During this period at Bing & Grøndahl, he also made a few small and experimental productions like this bonbonniere. Henning Koppel’s works have been on display at most major exhibitions of Danish art industry in Denmark and abroad since 1947, and he is represented at art industry museums worldwide. In addition, he is represented in Den kgl. copperplate collection with drawings. During his life, Henning Koppel received many awards among them the gold medals in the Milan Triennial Italy 1951, 1953 and 1957, the K. Lunning Prize Denmark 1953, International Design Award USA 1963, Der goldene Löffel, Munich Germany 1963, Diamonds-International Award 1966, ID Award Denmark 1966, gold medal in Florence 1967 Italy, and Silver Medal Exempla Munich Germany 1970. 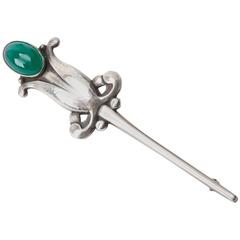 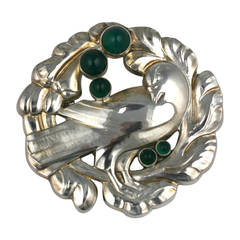 Previously Available Items
Henning Koppel for Georg Jensen 1947 Amoeba Bracelet #89
By Henning Koppel
Located in New Hope, PA
Mid-century design at its best, this fabulous Amoeba bracelet from Danish silversmith Georg Jensen was designed by Henning Koppel in 1947. The stamp indicates that it is signed and d...
Category