Joan Gardy Artigas is a Catalan ceramist, artist and was a close collaborator with Joan Miró. Artigas was born on June 18th, 1938 in Boulogne-Billancourt (near Paris) and his father was Josep Llorens i Artigas, who worked closely with Miró and Pablo Picasso. Artigas was able to work for Miró while still a teenager because of his father's relationship with Miró. Artigas trained at the École des beaux-arts in Paris, where he met the Swiss sculptor Alberto Giacometti. Artigas established his studio, and at Giacometti's suggestion, he concentrated on sculpture. Artigas had some success and shared his expertise with the Cubists Georges Braque and Marc Chagall. When Artigas created the 7,200 tiles for the Miró Wall, he coloured the tiles based on an image that Miró had created. Artigas later returned to assisting Miró when his father decided to retire. His father had worked with Miró for 20 years, creating large murals including examples for UNESCO, IBM and the Palacio de Exposiciones y Congresos in Madrid.

Artigas worked with Miró on, Dona i Ocell, one of his last large works, which was covered in broken tiles by Artigas. In this case, the tiles remind the viewer of Gaudi's work. In 1982, Antoni Tàpies won the Gold Medal of Catalonia for a mosaic in the Plaça de Catalunya in Sant Boi de Llobregat. Artigas had constructed the ceramics for this prize-winning exhibit. Artigas continued his art, and he was awarded his first solo exhibition in America in 1982. He has been a visiting artist at two American universities and has started a foundation to celebrate his father's work. Artigas serves on the board of the foundation Fundació Joan Miró in Barcelona. 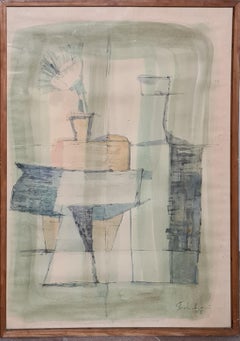 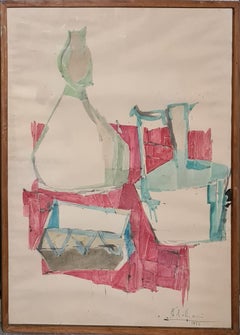 Woman in a Chair
Located in Cotignac, FR
Category

Woman on a Bed
Located in Cotignac, FR
Category