Louis-Marin Bonnet was a painter and engraver, and as such, he invented one of the first color-printing methods with many matrices and with a pastel-like effect. In 1769, he published a treatise titled Le Pastel en gravure inventé, et execute par Louis Bonnet, about his new method. His workshop, in Rue St. Jacques since 1772, has produced many works of diverse quality from nearly perfect printed reproductions of masterpieces in pastel colors to genre scenes and illustrations, like the one in this study, realized under his direction and always in line with the new technique of the pastel manner. The work Le Petit-Maître is an amusing and typical 18th-century illustration in costume and probably the represented character is the protagonist of a 1734 comedy by Pierre de Marivaux. 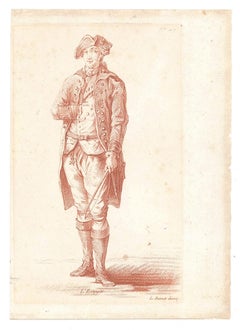 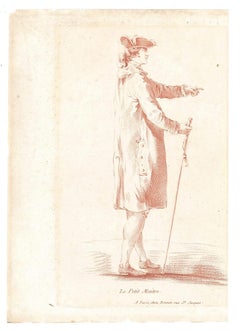 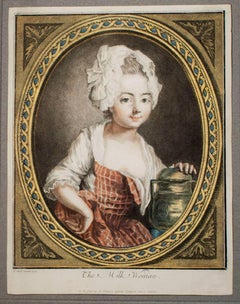 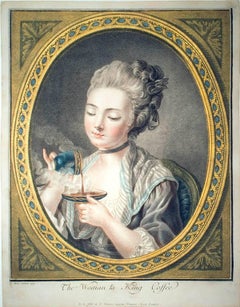 Portrait - Original Etching on Paper by Giampaolo Berto - 1972
Located in Roma, IT
Category

Self-portrait - Original Etching on Paper by Mino Maccari - 1930
By Mino Maccari
Located in Roma, IT
Category

Berenice - Original Etching on Paper by Giampaolo Berto - 1972
Located in Roma, IT
Category

Previously Available Items
Feme Portrait - Original Lithograph by L-M Bonnet - End of 18th Century
By Louis-Marin Bonnet
Located in Roma, IT
Female portrait is a superb lithograph of a pencil drawing by Louis-Marin Bonnet (1736-1793), after Boucher. This is an original print with brown dominant color, in very good cond...
Category