Born in San Antonio, Texas but raised in Houston from the age of 15 months, Lowell Daunt Collins began studying art at the Houston Museum School, now the Glassell School of Art. He also trained with Otis Dozier, renowned Regionalist artist at the Colorado Springs Fine Arts Center, and at the Art Students League in New York. He earned a BFA and an MFA from the University of Houston. Collins returned to the Museum School in the mid-1940s, eventually retiring from his role as dean in 1966. A few years later, he opened the private school and art gallery that bear his name. He showed the work of young regional artists, but over the decades his name and gallery became synonymous with pre-Columbian and tribal art. Later, Collins turned the gallery over to contemporary artists with the assistance of his son and business partner, artist Michael Roque Collins.

(Biography provided by Reeves Antiques)
Applied Filters8 results
Artist:Lowell Daunt Collins
to
Item Location
8
Height
to
Width
to
6
1
8
1
8
9,948
2,538
2,418
1,864
7
1
1
"Christmas Tree" Woodblock Print
By Lowell Daunt Collins
Located in Houston, TX
Woodblock print of a Christmas tree with presents under the tree. It is singed in the bottom corner. The work is framed in a wooden frame with a tan matte. Dimensions without Frame: ...
Category 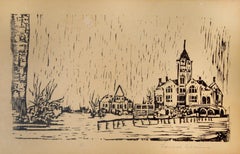 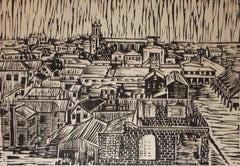 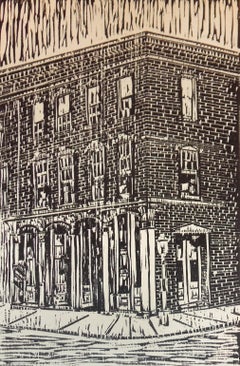 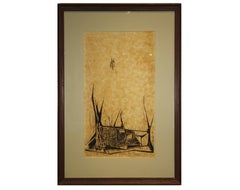 "Series of Objects on a Level Base" Abstract Impressionist Still Life Lithograph
By Bill Condon
Located in Houston, TX
Category