Newbold Bohemia was born in Evansville, Indiana and mainly creates photos, although his work shares as much in common with painting as it does with photography. Rather than using the camera to record the world around him, Bohemia prefers to work against the journalistic nature of photography. He creates his own world from scratch. In his studio he arranges still-lifes, builds sets, hires actors and lights the scene. After capturing the image, he often further enhances the work through digital or mechanical manipulation before printing the final work. Although not formally trained as an artist, his work is heavily influenced by his education and work in psychology, marketing and graphic design. Visual organization and storytelling are equally important to him, although one may take precedence over another is a particular body of work. His work often focuses on the everyday and mundane, as well as historical and societal references. Tension, conflict and humor are often introduced to create new ways of seeing the world we think we know. Newbold Bohemia currently lives and works in Chicago. His award-winning work has been exhibited throughout the United States. He is currently represented by the seller based in Hudson, NY. 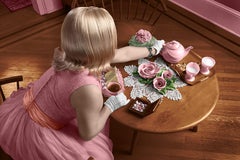 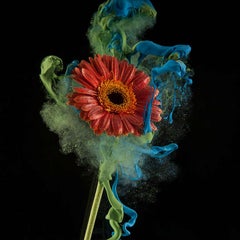 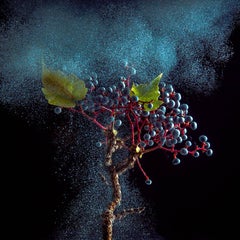 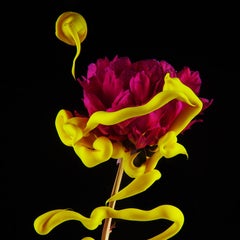 H 37 in. W 27 in. D 1 in.
Rose
By Newbold Bohemia
Located in Hudson, NY
c-print More work by this artist is available on our website. Please inquire within.
Category