Sam Kaufman has been selling fine and idiosyncratic 20th-century objects since he opened his Los Angeles store, back in the 20th century. The collection defies easy categorization, but every piece meets three criteria Sam personally values in applied art: playfulness, craftsmanship, and historical significance. The core of the gallery's collection is ceramics and furniture of the post-war period, especially pieces from Italy, France, and Scandinavia. These are augmented by ethnographic artifacts and the odd eccentric antique; things that complement the best work of the m...Read More 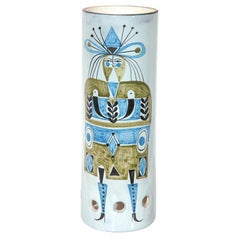 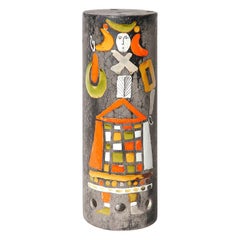 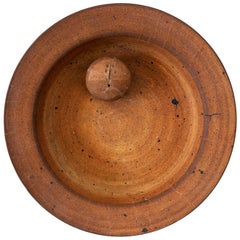 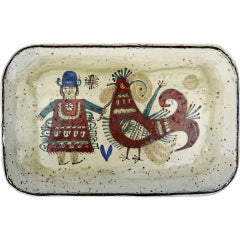 "The Snake Priest" by Charles M. Russell
By Charles Marion Russell
Located in Los Angeles, CA
Charles M. Russell (1864-1926) and Frederic Remington (1861-1909) were the two leading artists to portray the American West. The affluent Remington studied art at Yale and, though he...
Category

"Poliedra" Lamp by Felice Ragazzo
Located in Los Angeles, CA
The "Poliedra" lamp, designed by Felice Ragazzo in 1969 for D.H. Guzzini, and exhibited in 1970 at Milan's Eurodomus 3 show, was an audacious modular lighting system in which the use...
Category

Marble Portrait Bust of George Boole, F.R.S. by Thomas Earle
By Thomas Earle
Located in Los Angeles, CA
Thomas Earle (1810-1876) was a distinguished 19th century English sculptor who regularly exhibited at the Royal Academy and was honoured by that institution with a gold medal for his...
Category

Rare Enamel Tray by Guido Gambone
By Guido Gambone
Located in Los Angeles, CA
For Guido Gambone, the making of enamels was a natural foray, given the medium's obvious commonalities with ceramics. Still, he executed very few works in enamel; perhaps he was frus...
Category

"Soleil" Vide-Poche by Georges Jouve
By Georges Jouve
Located in Los Angeles, CA
A handsome Georges Jouve tray, glazed in the great ceramist's beloved gunmetal black, with a typically Jouvian representation of a radiant, pouty-faced sun. Made in the early 1950s. ...
Category