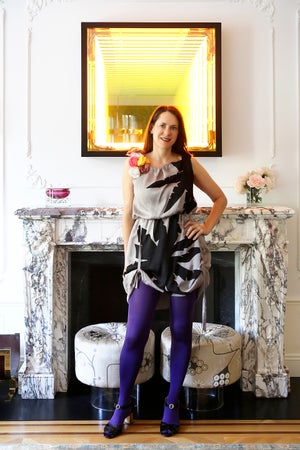 Fawn Galli Interiors a full-service residential and commercial firm with extensive experience in all aspects of interior design and construction management. Renowned for her masterful use of color and texture, Fawn brings a fresh eye and modern approach to every project. With a nod to the past and a focus firmly tuned to today, she creates inspired interiors that meld the traditional and the contemporary.

A well-traveled explorer, Fawn finds inspiration in a myriad of diverse worlds including fashion, textiles, 70s disco and nature, all of which inform her work. Her layered interiors, which often employ unexpected materials and elements from a range of time periods, are distinctive, memorable and, most importantly, reflective of each client’s taste and lifestyle. Recent projects include a Newport estate, homes in Connecticut and the Hamptons, a West Village townhouse, Soho offices for a film company and a classic Brooklyn brownstone.

After an early-life spent amongst nature in Mendocino, California, Fawn spent years living in Paris where she studied French, leading her to a position in the European furniture department of Christie’s. She began her career in interior design at Robert A.M. Stern where, among her many projects, she designed Mr. Stern’s own loft and apartment. She went on to work with Peter Marino before launching her own firm in 2007. Fawn’s work has been featured in Elle Décor, Architectural Digest, House Beautiful, Domino, The New York Times, and The Wall Street Journal, among other leading outlets. Her first book Magical Rooms: Elements of Interior Design (Rizzoli) will be released in Spring 2019 and is available for preorder with Amazon.