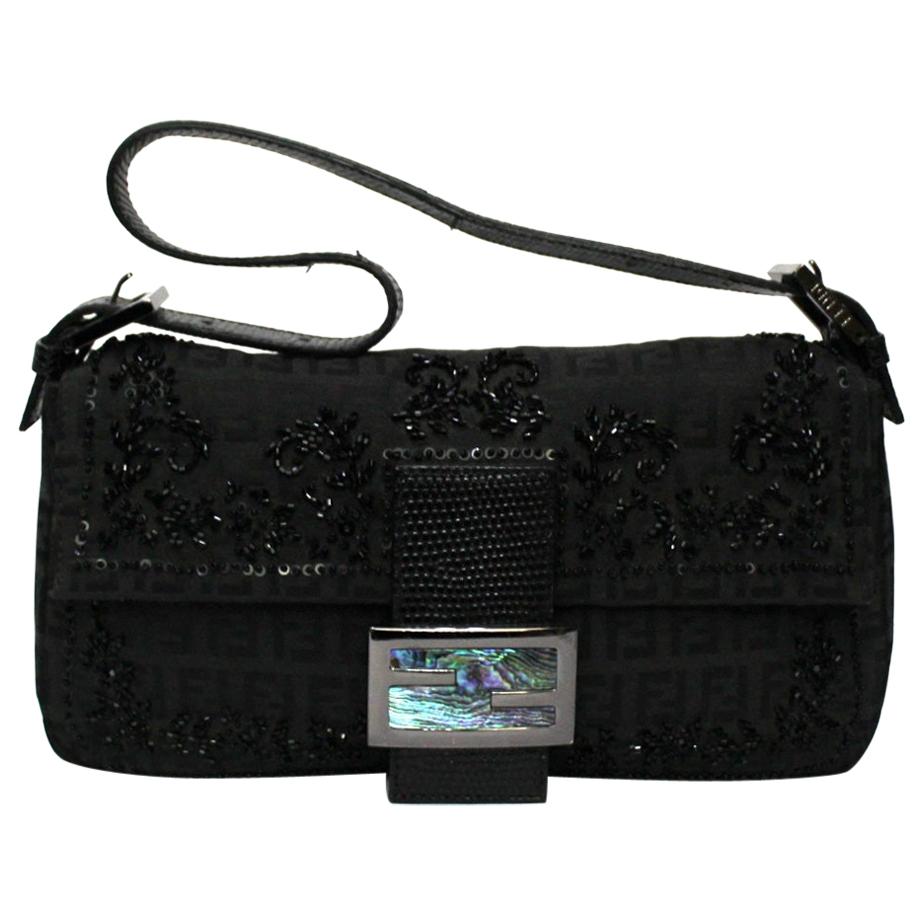 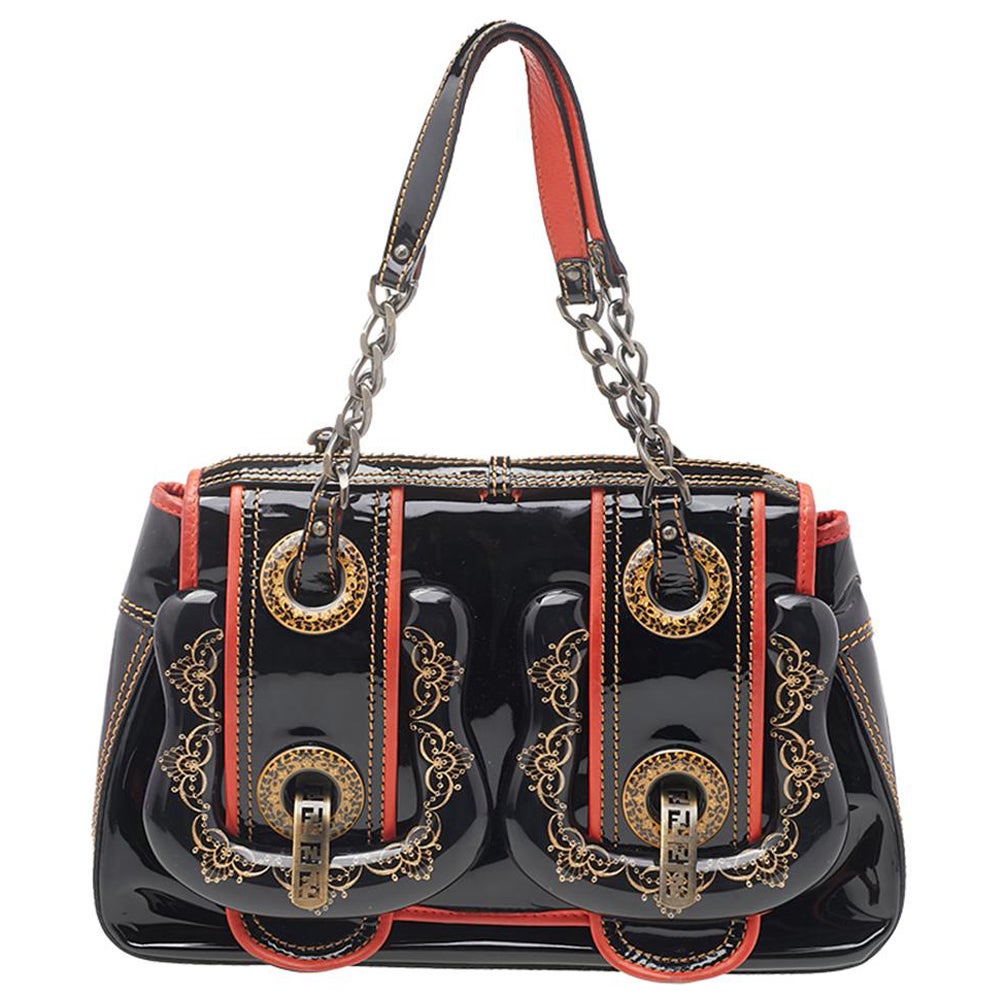 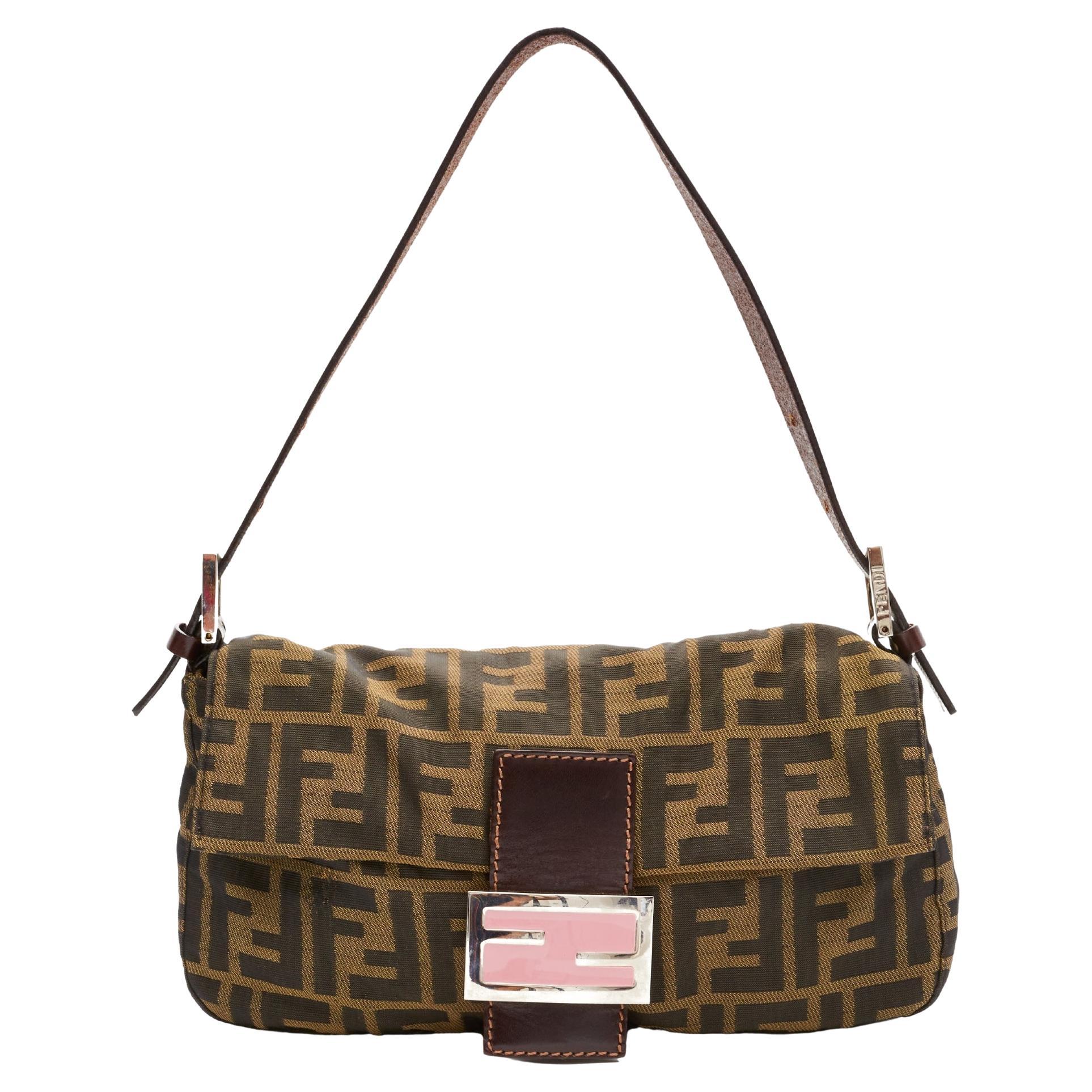 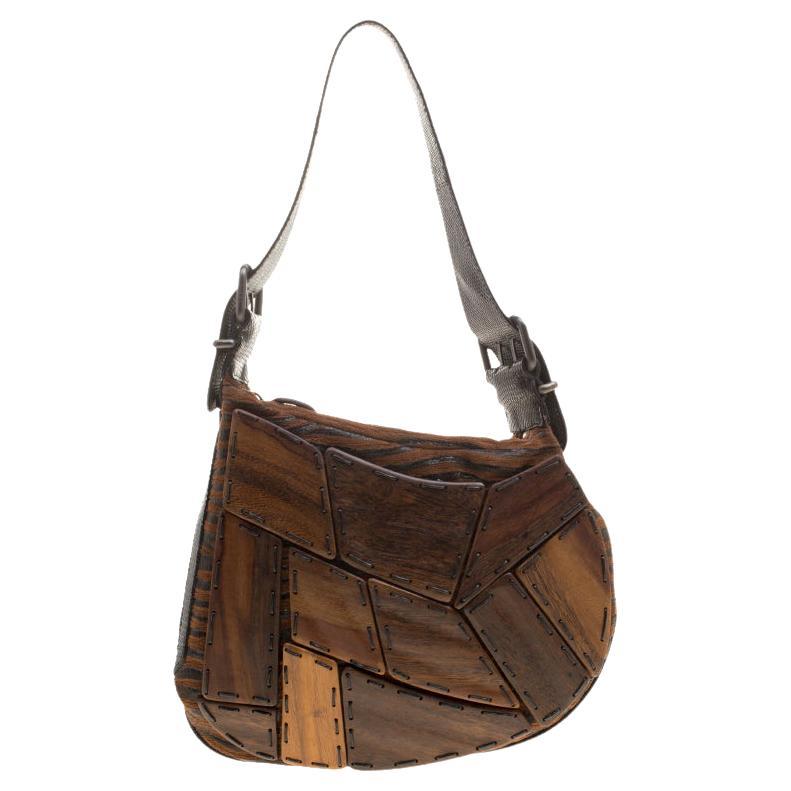 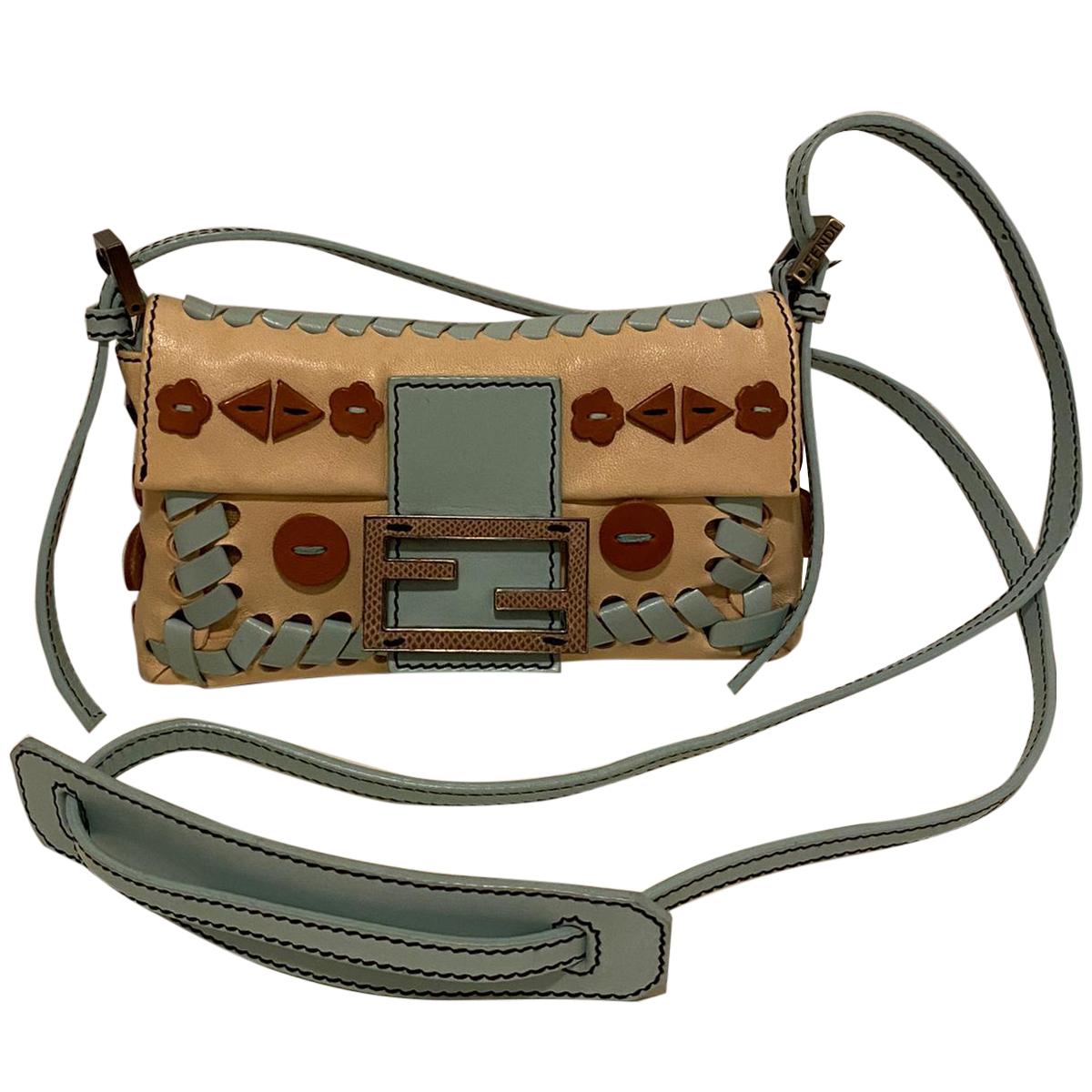 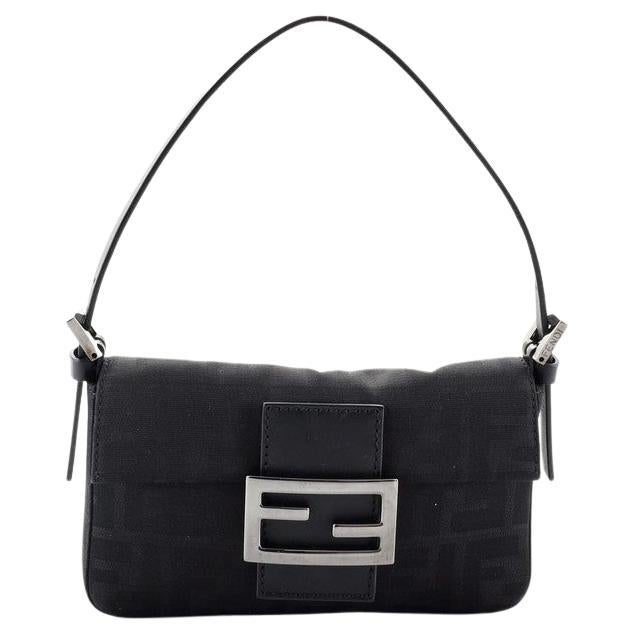 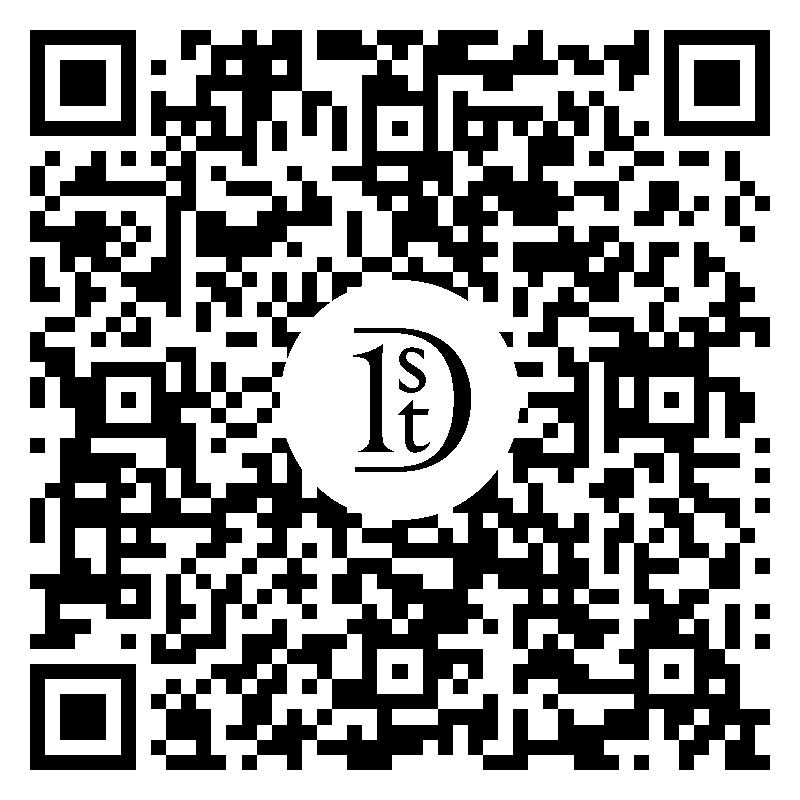 The Baguette was created by Silvia Venturi Fendi in 1997 and it was an instant rage! Cease the wait and grab this beauty to experience the return of one of the earliest "It" bags in fashion. Made from Zucca canvas, the bag has the FF logo on the flap and a flat handle. Includes: Original Dustbag 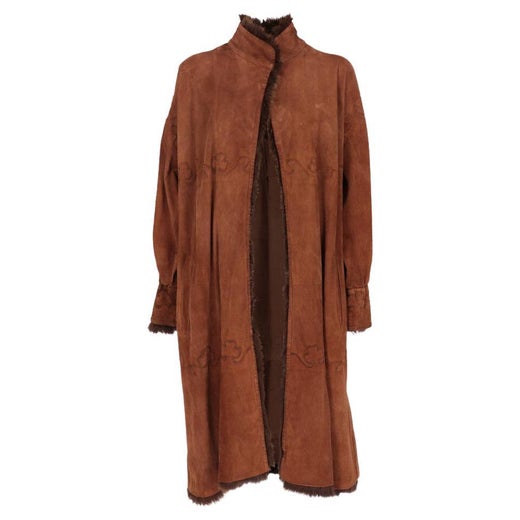 Like other major European luxury fashion houses, Fendi started small. Adele Casagrande was an Italian creative who loved fashion and sold leather and fur accessories from a tiny workshop she opened in Rome in 1918. However, after marrying Edoardo Fendi in 1925, her business model was altered dramatically. Together, the couple changed the boutique’s name to Fendi and moved into a bigger storefront, which quickly became the favorite shop of women all over Italy’s capital city for furs and leathers, such as handbags, coats and accessories.

As time moved on for Adele and Edoardo, the couple began to share more responsibility to their five daughters, who assumed management of the company during the 1950s. Fendi’s audience broadened and its profitability has soared over the years, owing to the brand’s fresh perspective on fashion world happenings and innovative sensibility. The maison also has a distinctive relationship with old-world Italian craftsmanship. The Selleria bags were the work of master saddlers in Rome, and Fendi partnered with lace artisans in southern Italy as well as craftsmen in the east trained in the intrecciato (intertwined) technique (an idea that Adele introduced during the 1940s), which, in Fendi’s case, sees an interwoven leather fabric integrated in the creation of its handbags, countering leather’s traditional rigidity with a bag that is soft, versatile and fitted with an alluring slouchy curve.

It wasn’t until 1965, however, when a young German designer named Karl Lagerfeld took the creative helm that Fendi became a world-renowned fashion house. In fact, Lagerfeld, who produced four to five collections yearly for the brand, is credited with creating Fendi’s instantly recognizable double-F logo (which stands for “Fun Furs”) in “less than five seconds.” Until Lagerfeld started designing for the brand, fur was a material mostly associated with heavy coats that few people actually wore. Lagerfeld reimagined fur in creative ways, using it as an accent on purses, cuffs on dress sleeves and collars on wool coats.

Over the ensuing years, Fendi has broken into the home-goods market with Fendi Casa and has become synonymous with luxury fashion, producing such pieces as the iconic Baguette, which was rendered ever popular on the television series Sex and the City. In fact, an entire episode during the third season was dedicated to the “original It bag,” a slim accessory tapered in a manner that recalls its namesake, designed in 1997 by Adele and Edoardo’s granddaughter Silvia Venturini Fendi, who was named creative director of accessories three years earlier.

Perhaps just as well known as its vintage Baguette handbags and creative use of fur is the brand’s devotion to its Italian roots. In 2013, Fendi donated more than 2 million euros to restore Rome’s Trevi Fountain, and when it was reopened to visitors, Fendi hosted its Autumn/Winter 2017 show on top of the landmark.

Fendi was a family-controlled brand until 1999 and is now owned by LVMH. In late 2020, British fashion designer Kim Jones was named the house’s artistic director for womens wear.

Find a wide variety of vintage Fendi handbags and purses, clothing and other accessories on 1stDibs. 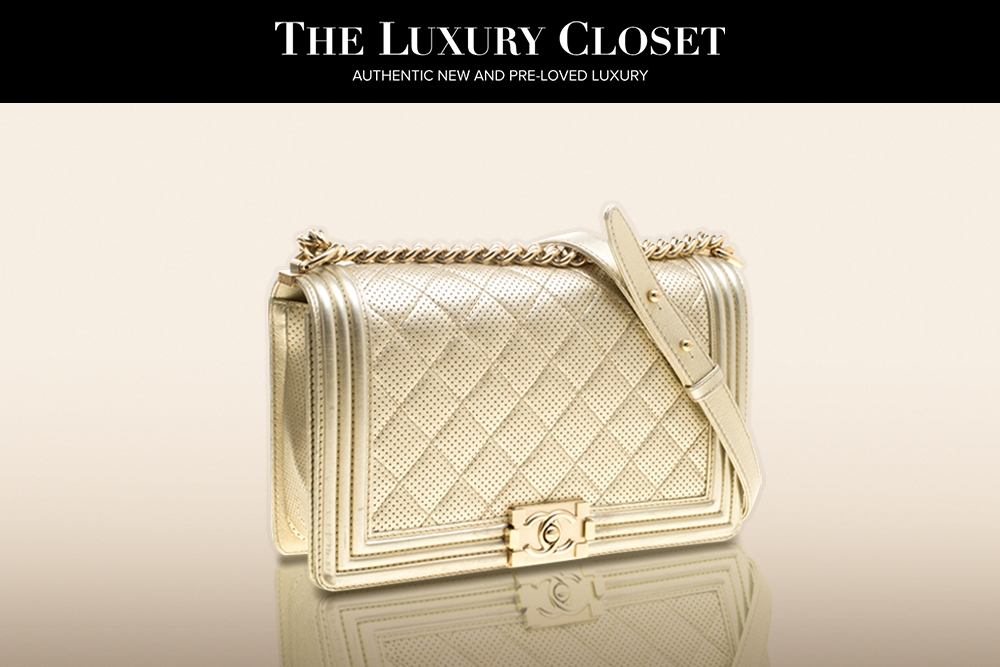 About the Seller
4.7 / 5
Located in Dubai, United Arab Emirates
Vetted Seller
These experienced sellers undergo a comprehensive evaluation by our team of in-house experts.
Established in 2018
1stDibs seller since 2018
1,692 sales on 1stDibs
Typical response time: 13 hours
More From This Seller

Fendi, Back to School in black leather