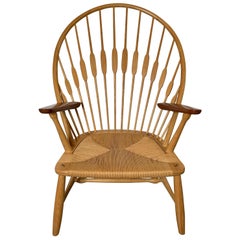 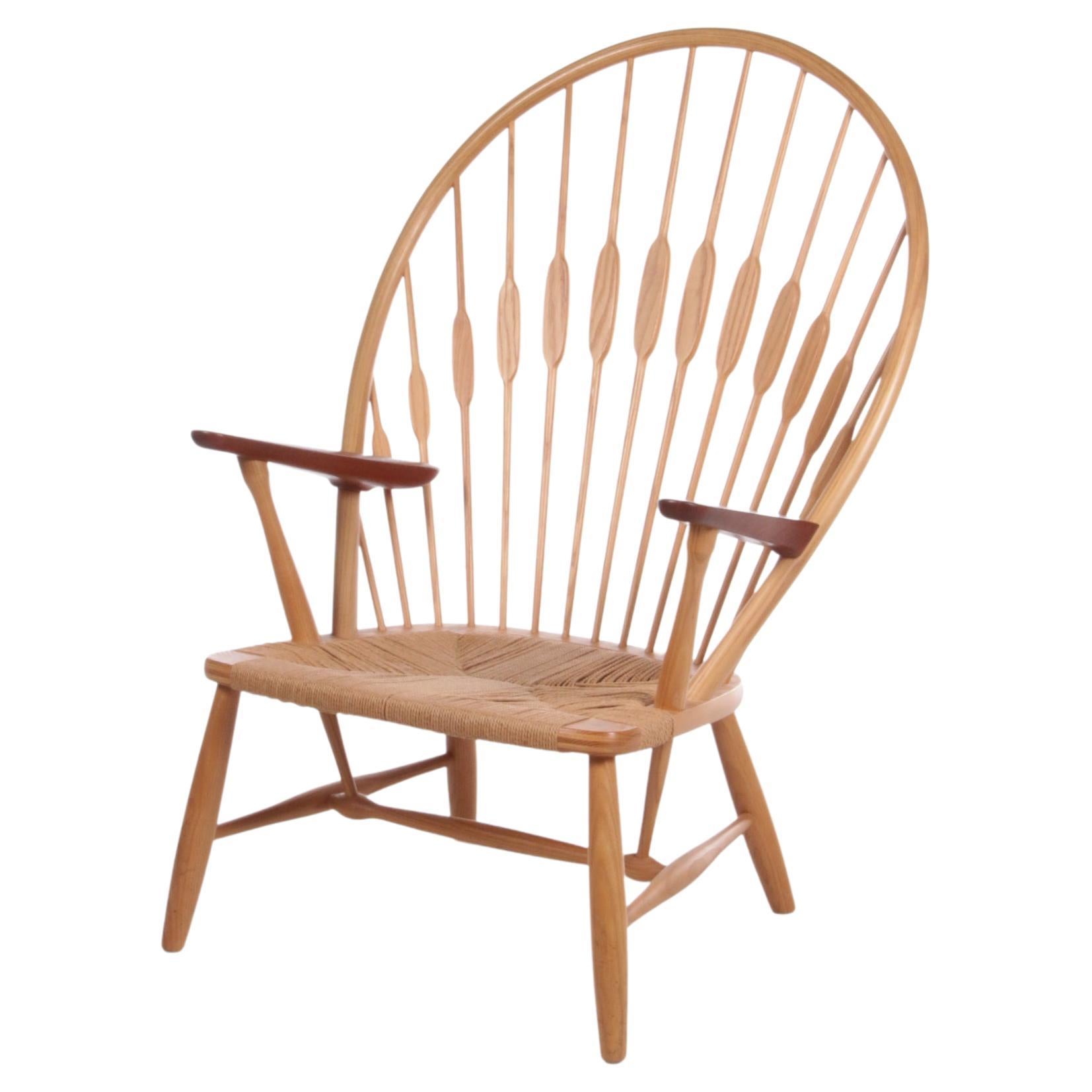 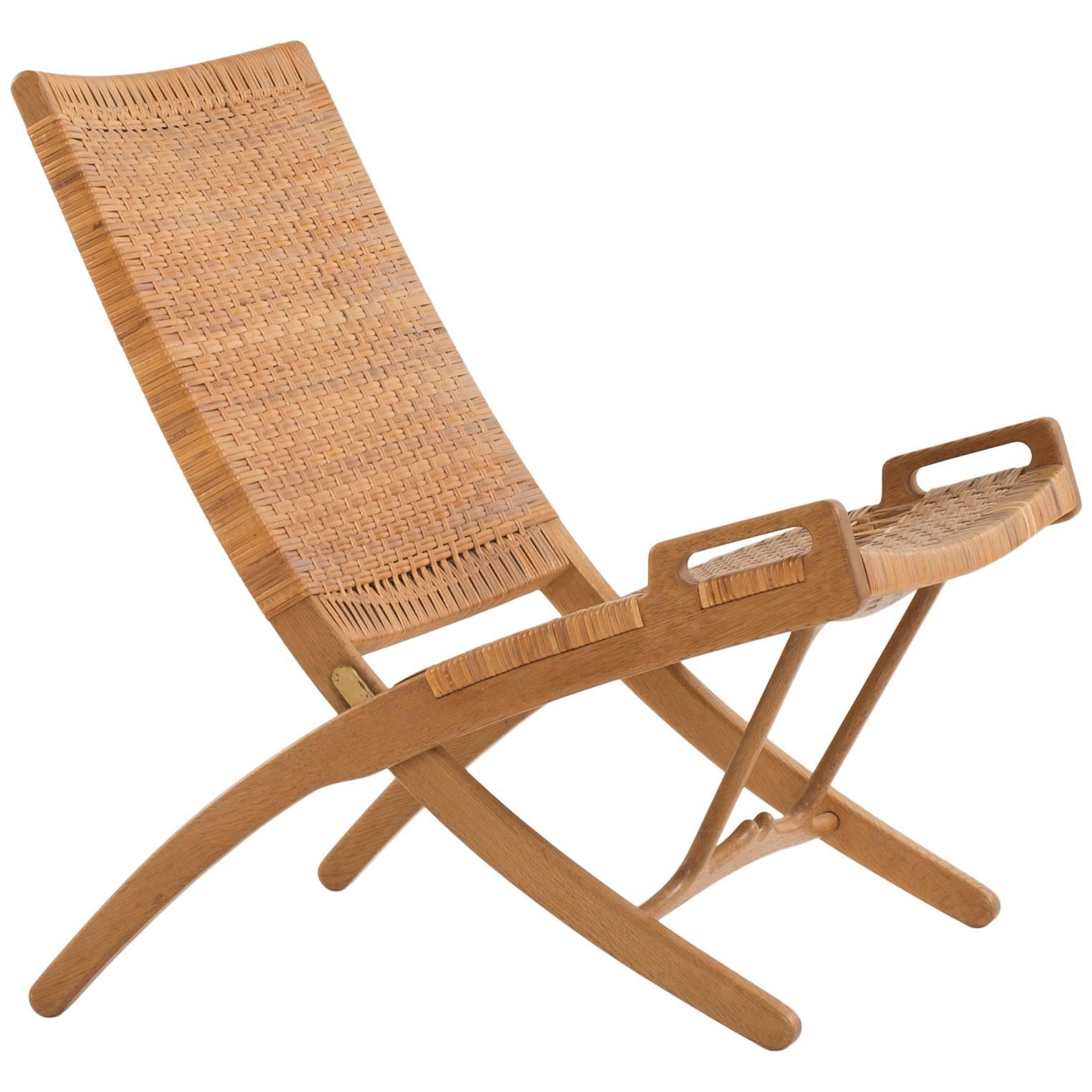 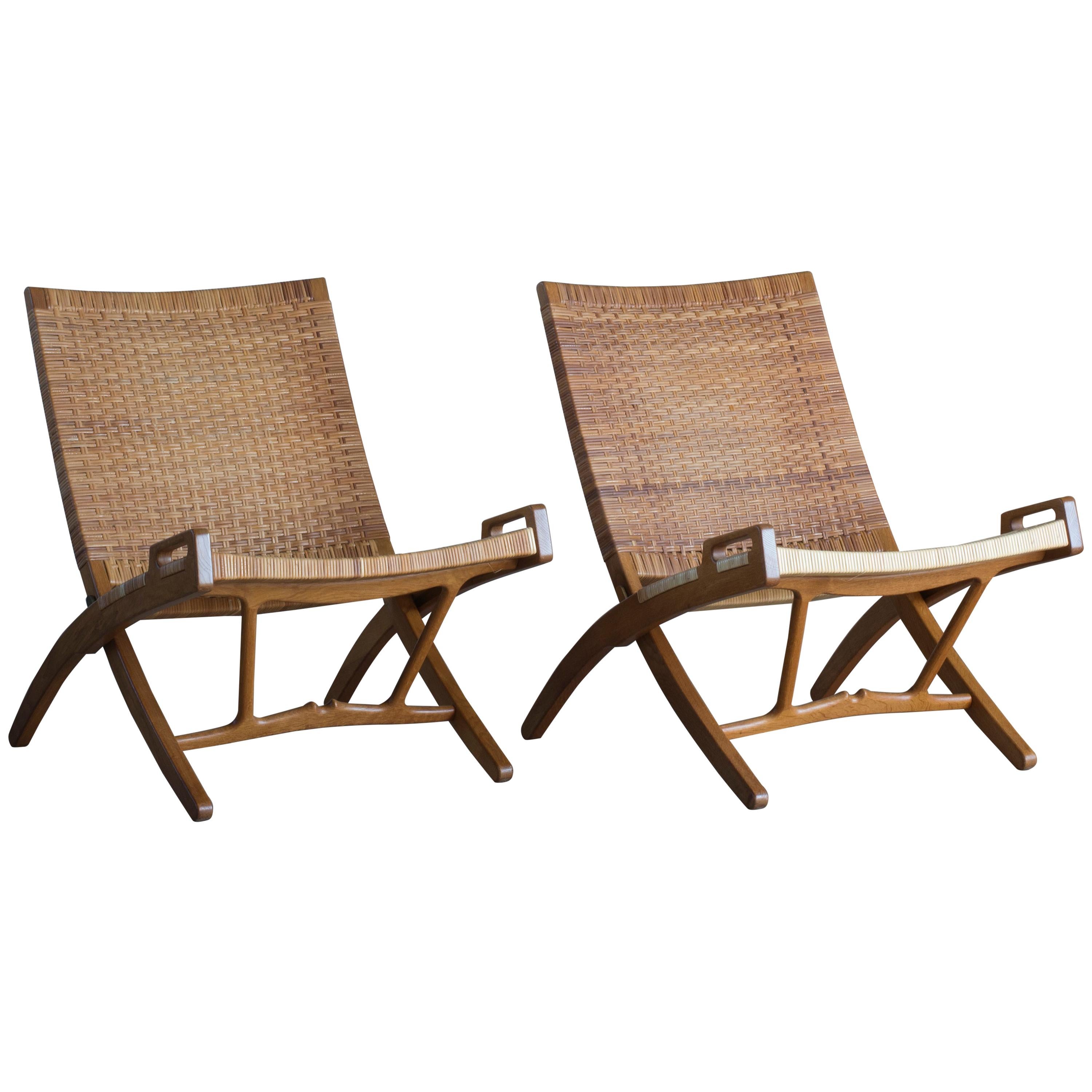 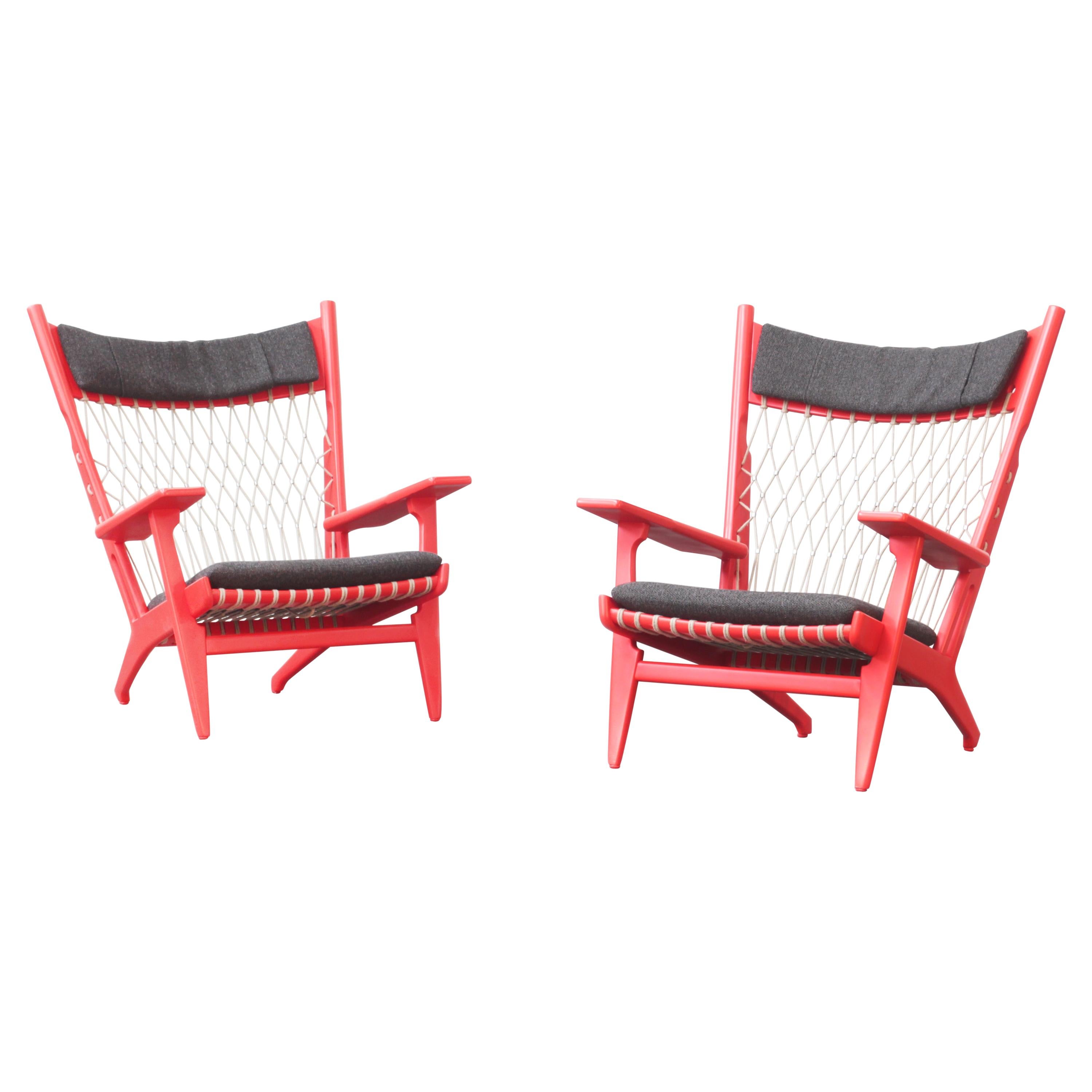 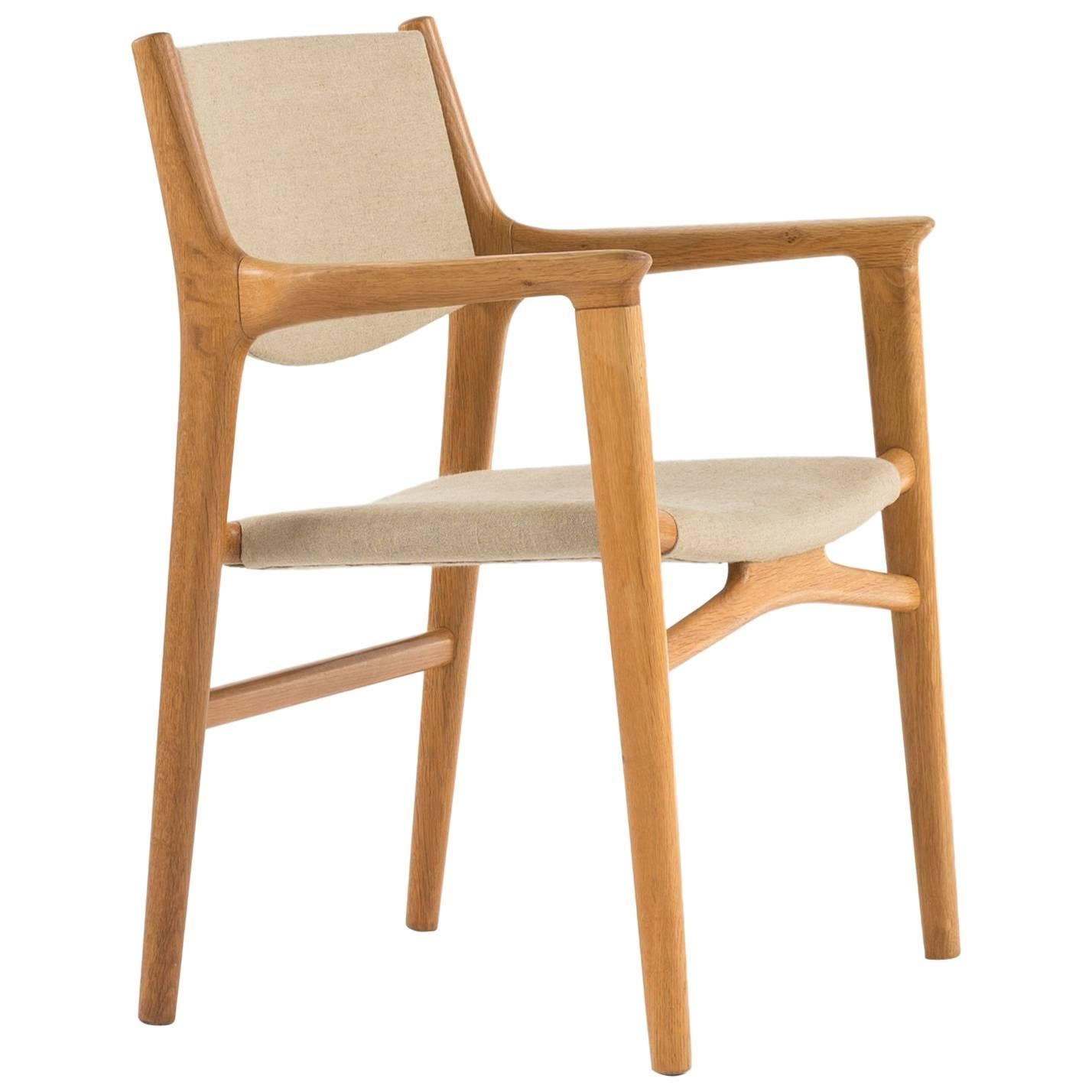 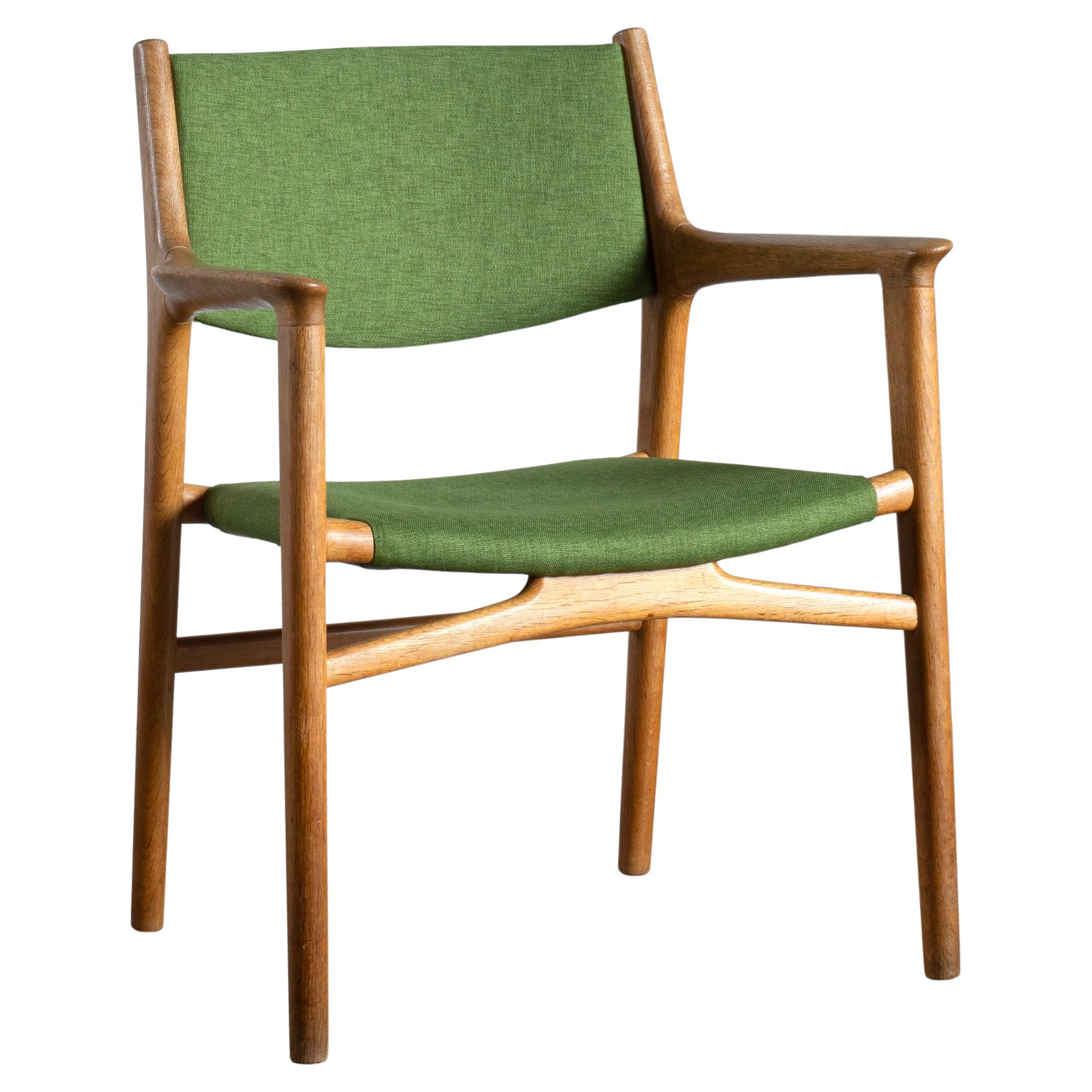 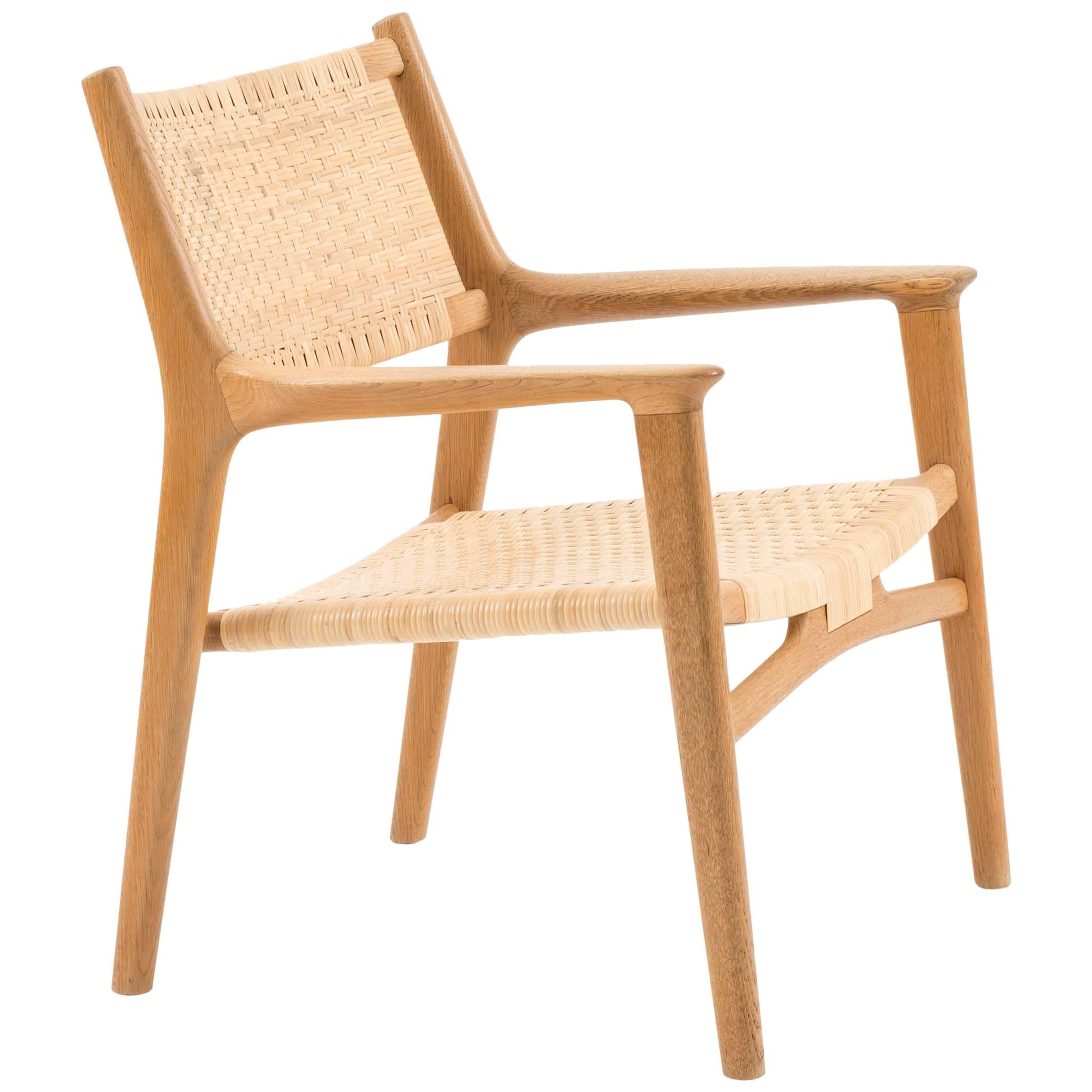 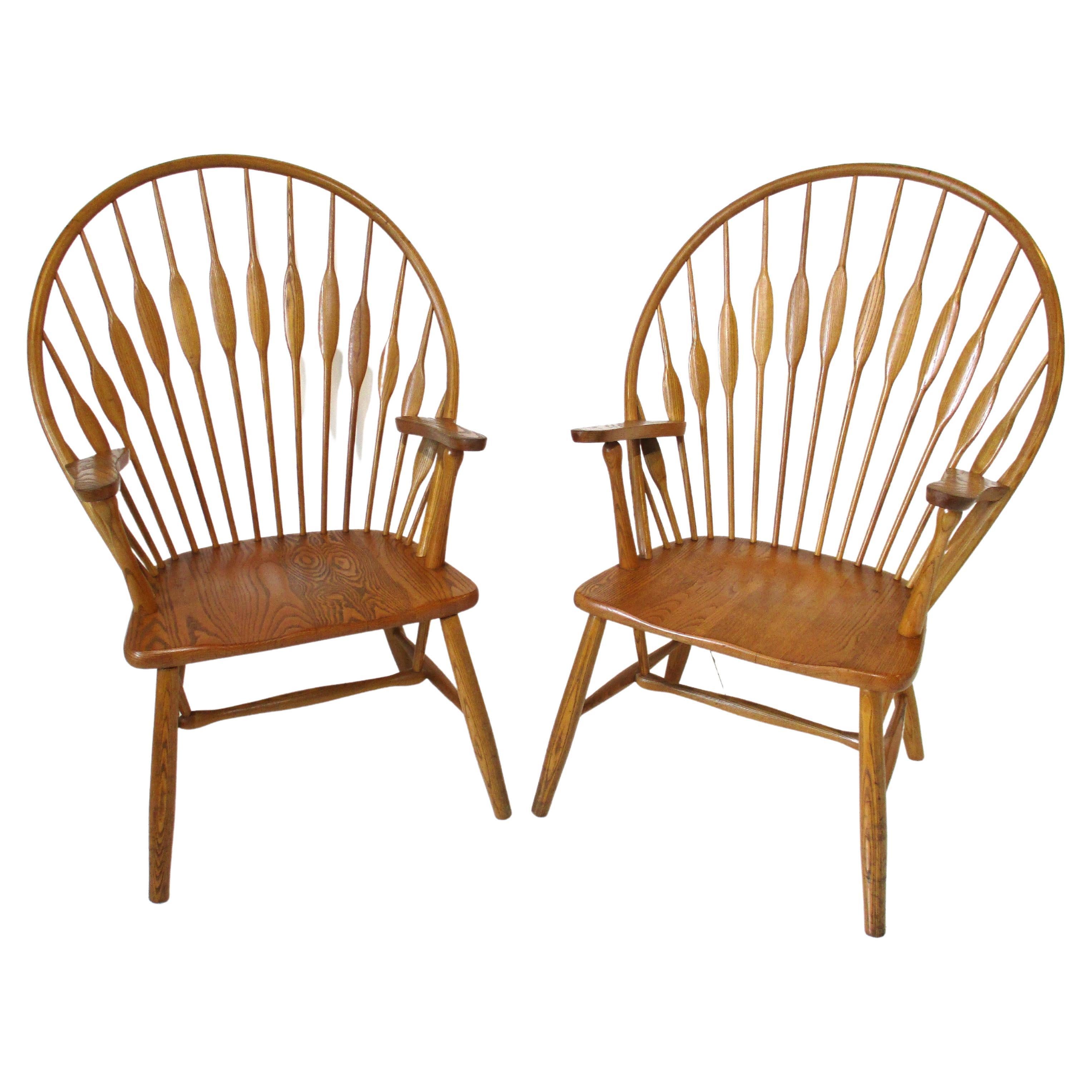 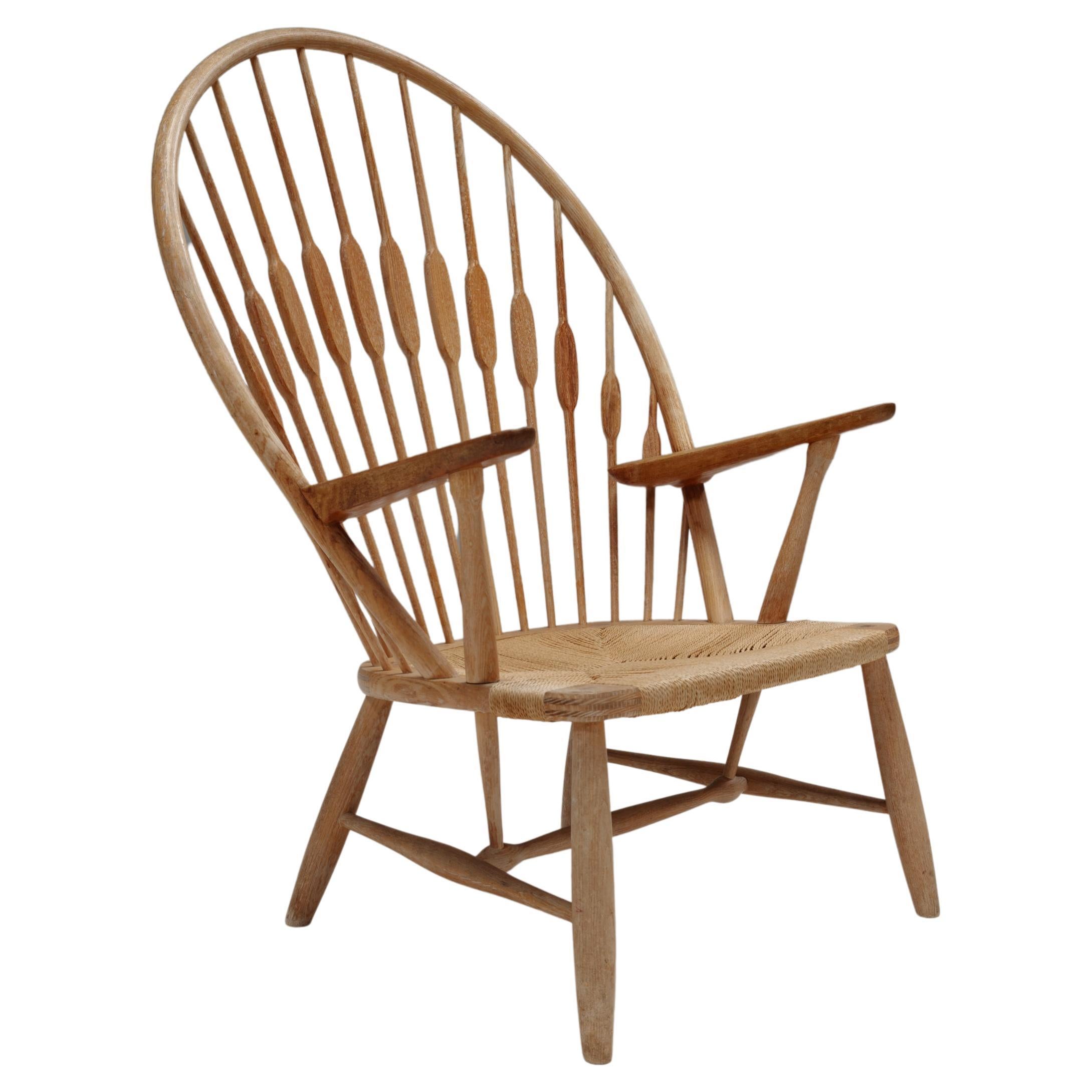 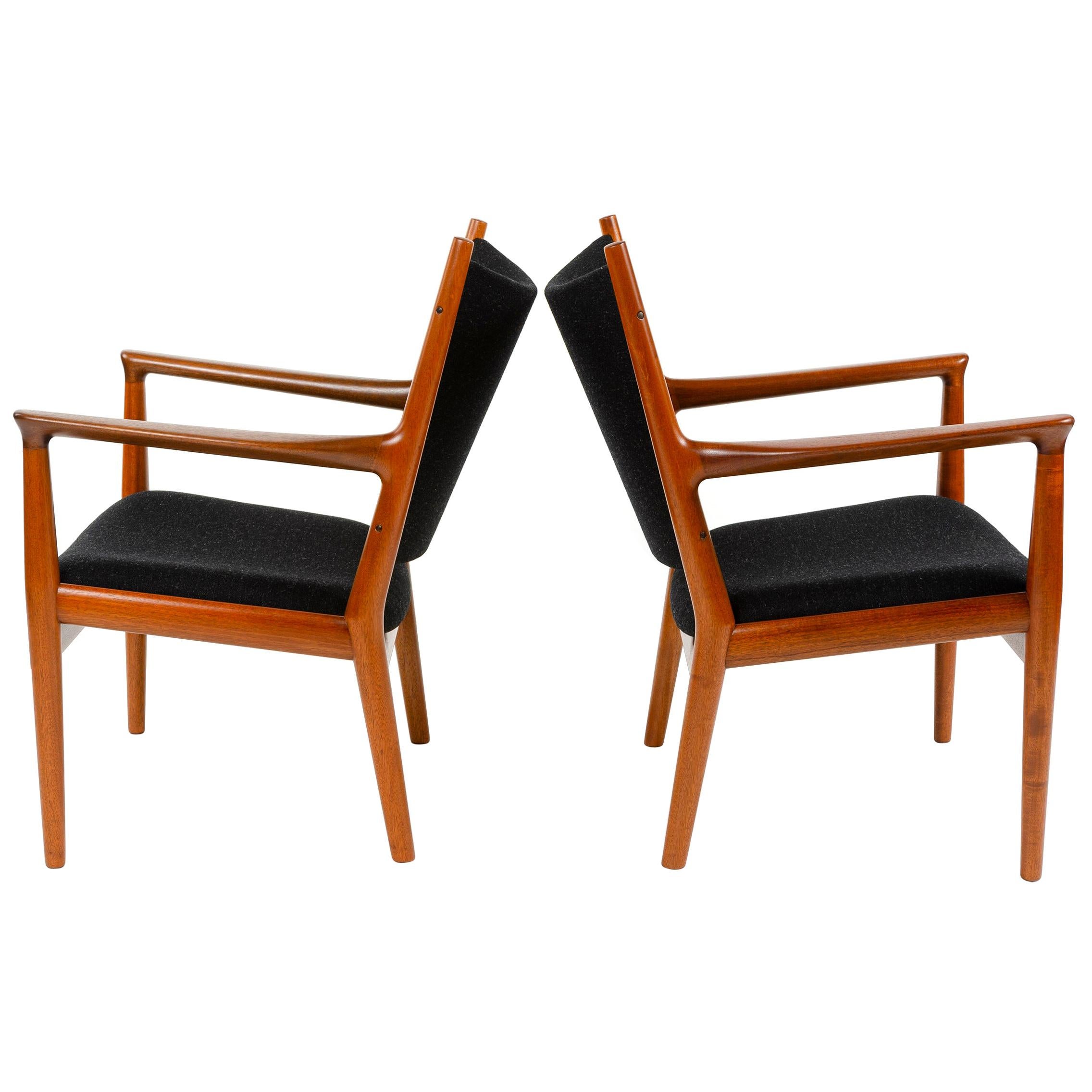 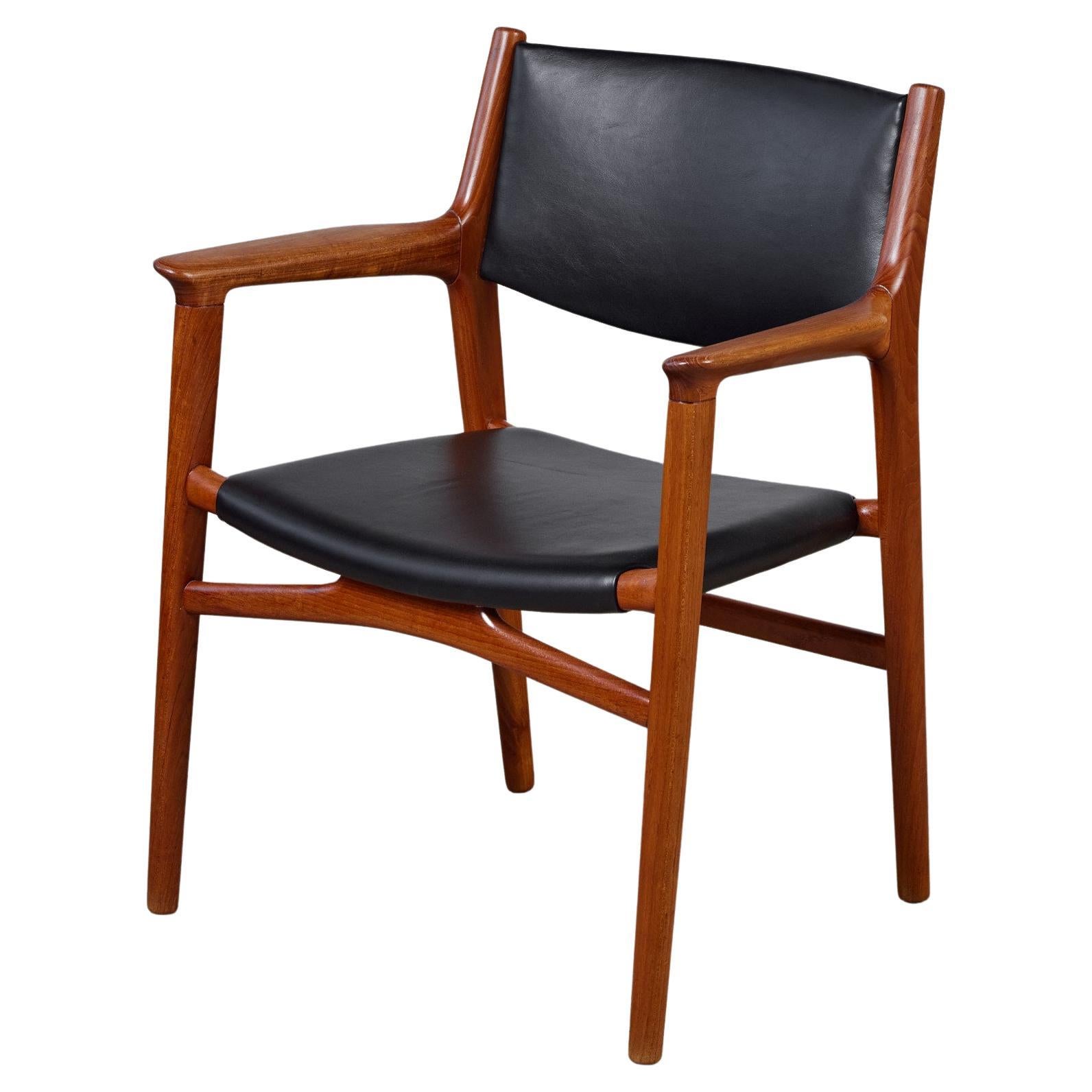 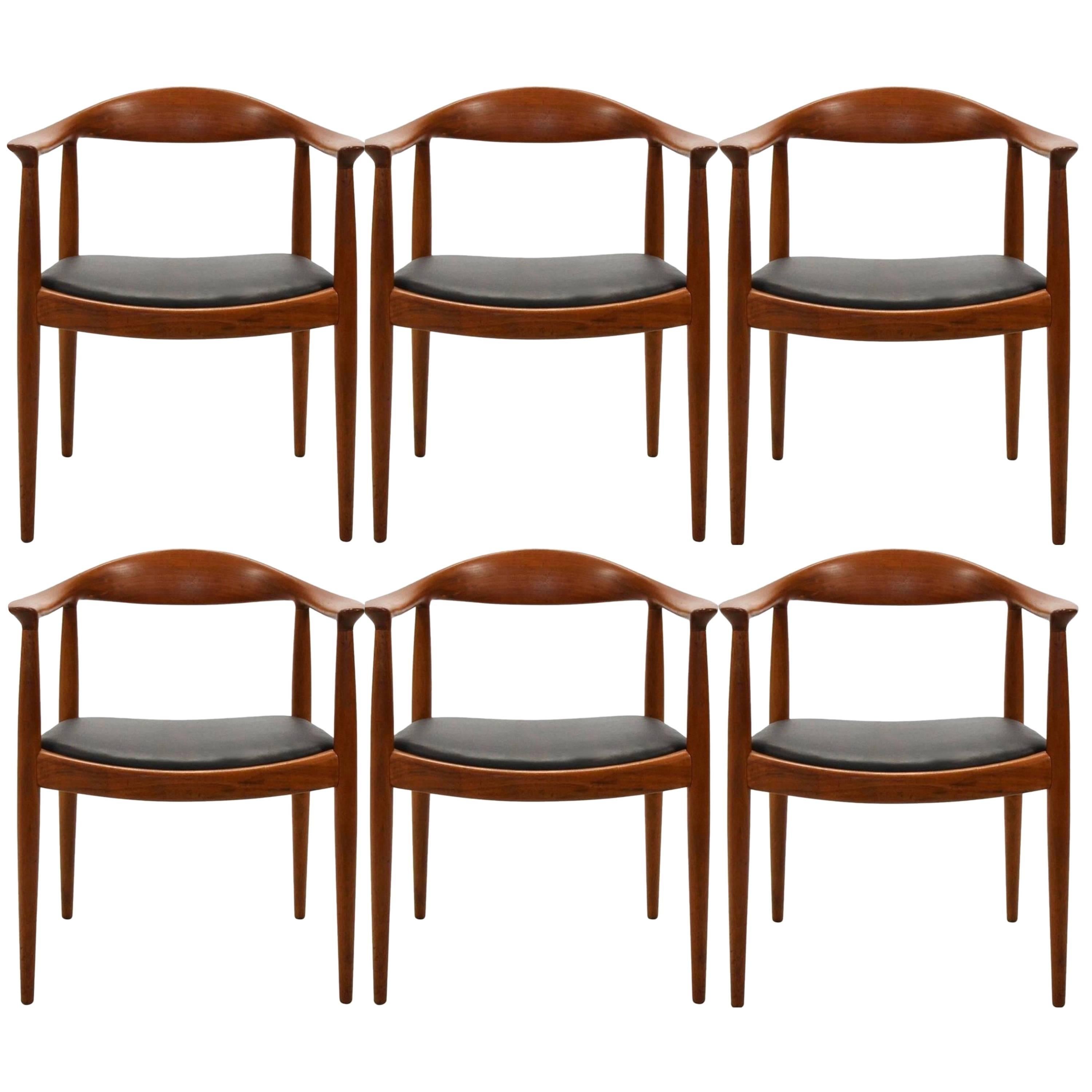 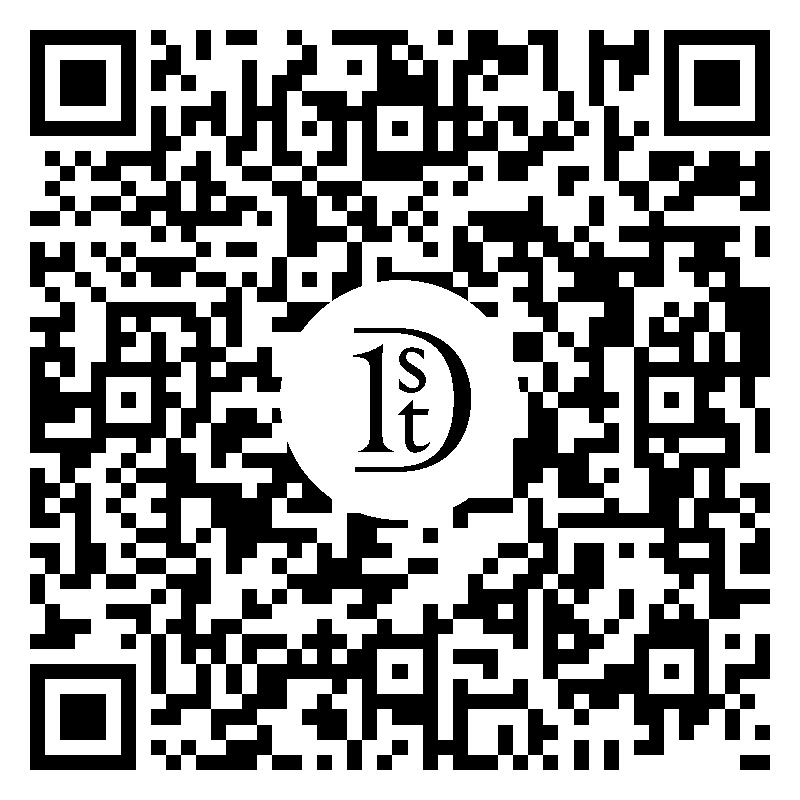 Hans Wegner's JH550 "Peacock Chair" in teak and ash was designed originally in 1947. This example, from the 1960s, comes from the estate of a fellow who for many years worked for Knoll in their Pennsylvania factory and distribution center (Knoll imported and retailed this and other Wegner / Hansen designs for a time). Acquired from his grandson, I was treated to stories about how this chair was especially prized by his grandfather. While he was alive, he did not sit in the chair, and nobody else was allowed to either: he appreciated it for its sculptural beauty. This reverence explains its remarkable and pristine condition. A wonderful example of a Classic design; a perfect focal point for any modern decor. 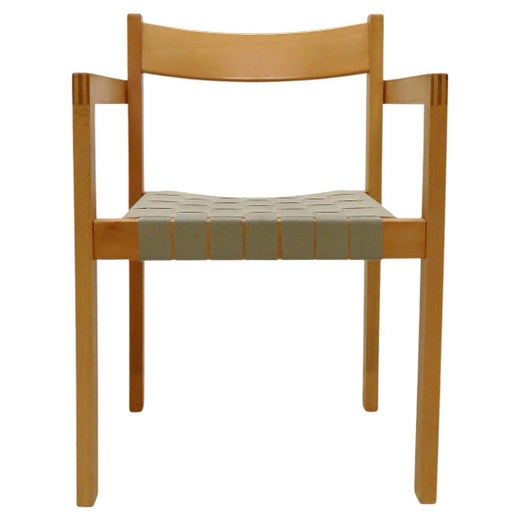 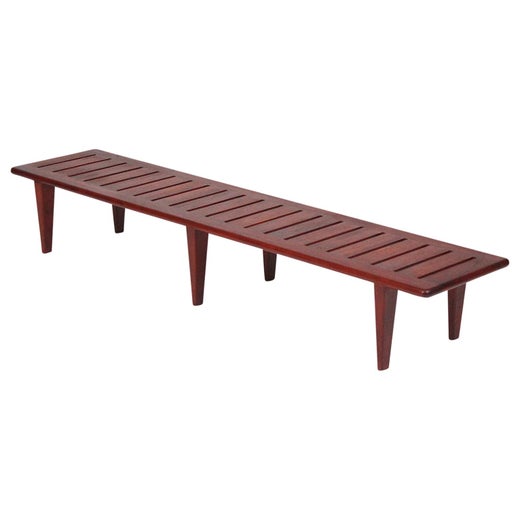 Danish master cabinetmaker Johannes Hansen is best known for a celebrated partnership with legendary Scandinavian modernist designer Hans Wegner that lasted half a century. The sophisticated and sculptural chairs, tables and cabinets that Wegner designed and Hansen built earned Wegner worldwide acclaim, and brought meaningful business opportunities to Hansen and his modest workshop.

Hansen was born in 1886 and apprenticed as a cabinetmaker in his early years, opening a workshop and showroom in Copenhagen. In 1927, he helped establish the annual Copenhagen Cabinetmakers’ Guild Exhibition. Later, at the age of 55, Hansen began working with Danish furniture designer Hans J. Wegner, then only 26. With Wegner creating and Hansen executing on his partner’s complex designs, they developed furniture to sell in Hansen's showroom. A business relationship of this type was common in 20th-century Danish furniture making, and Hansen and Wegner enjoyed a prolific and renowned collaboration.

Wegner’s career began in cabinetry before he transitioned to furniture design in the 1940s. He is among the most celebrated figures for collectors of mid-century modern and Scandinavian works of the era. One of the first well-known entries for the Cabinetmakers’ Guild Exhibitions authored by Wegner and built by Hansen was the 1942 Lattice chair, a red Cuban mahogany dining room chair with an upholstered leather seat. The Peacock chair, an iconic design that followed in 1947, was the pair's take on a traditional English Windsor chair. It featured flattened spindles along the back resembling the feathers of a peacock tail — it wasn’t exactly an emblem of the pared-back functionality prioritized by Kaare Klint, Wegner’s former instructor at Copenhagen’s Royal Danish Academy of Fine Arts.

Wegner would go on to design nearly 500 chairs over the course of his life — among them are the Wishbone chair, the Papa Bear chair and the Round chair. The latter, which is often simply called “The Chair,” was manufactured by Hansen and made its debut at the Guild Exhibition in 1949. It was declared “the most beautiful chair in the world” by Interiors magazine a year later, and a pair of the iconic seats appeared on the first nationally televised presidential debate in the United States in 1960.

After Hansen died in 1961, his son, Poul Hansen, took over the business and continued working with Wegner. The company closed in the 1990s, but today, Hansen and Wegner's collaborative legacy endures in collections around the world.

About the Seller
4.9
Located in Lambertville, NJ
Platinum Seller
These expertly vetted sellers are 1stDibs' most experienced sellers and are rated highest by our customers.
Established in 1985
1stDibs seller since 2015
883 sales on 1stDibs
Typical response time: <1 hour

$2,400
19th Century Childs Chair with Reclining Back
Located in Lambertville, NJ
An unusual 19th century relining dark oak Childs chair. American, circa 1880. The back with an iron bar that allows the back to recline in an adjustable position. The original fabric...
Category

$695
Pair of 19th Century Hand Carved Walnut Curved Back Arm Chairs
Located in Lambertville, NJ
A pair of hand carved walnut rounded back armchairs with new upholstered seat. The chairs with a warm age patination to the wood with hand carved backs.
Category

$9,599
Peacock Lounge Chairs in the Style of Hans Wegner JH 550
By Hans J. Wegner
Located in Cincinnati, OH
A pair of handcrafted wooden Peacock chairs with curved back, sculptural spindles and legs with arms. Designed in the manner of Danish modernist Hans J. Wegner and his model JH 550 c...
Category