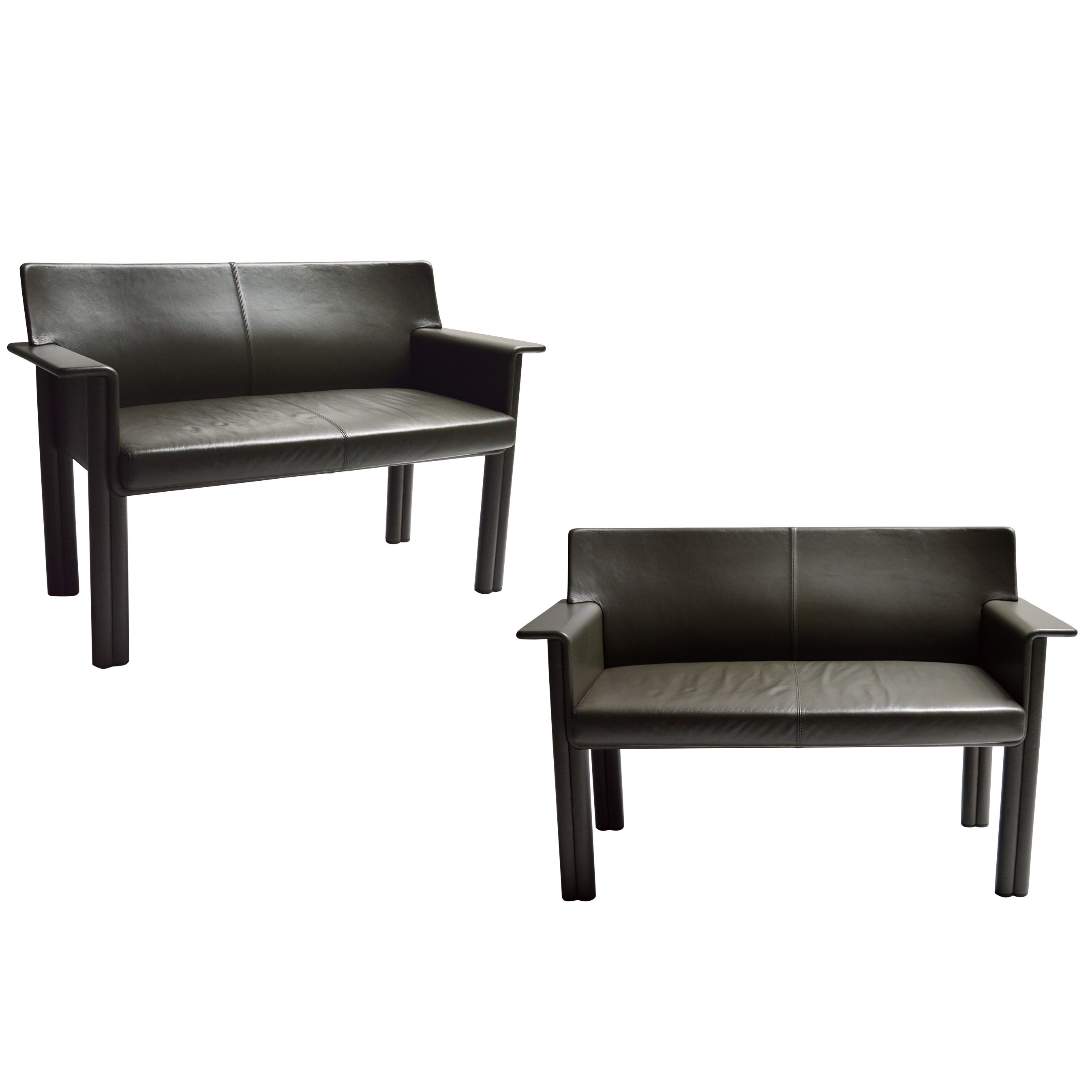 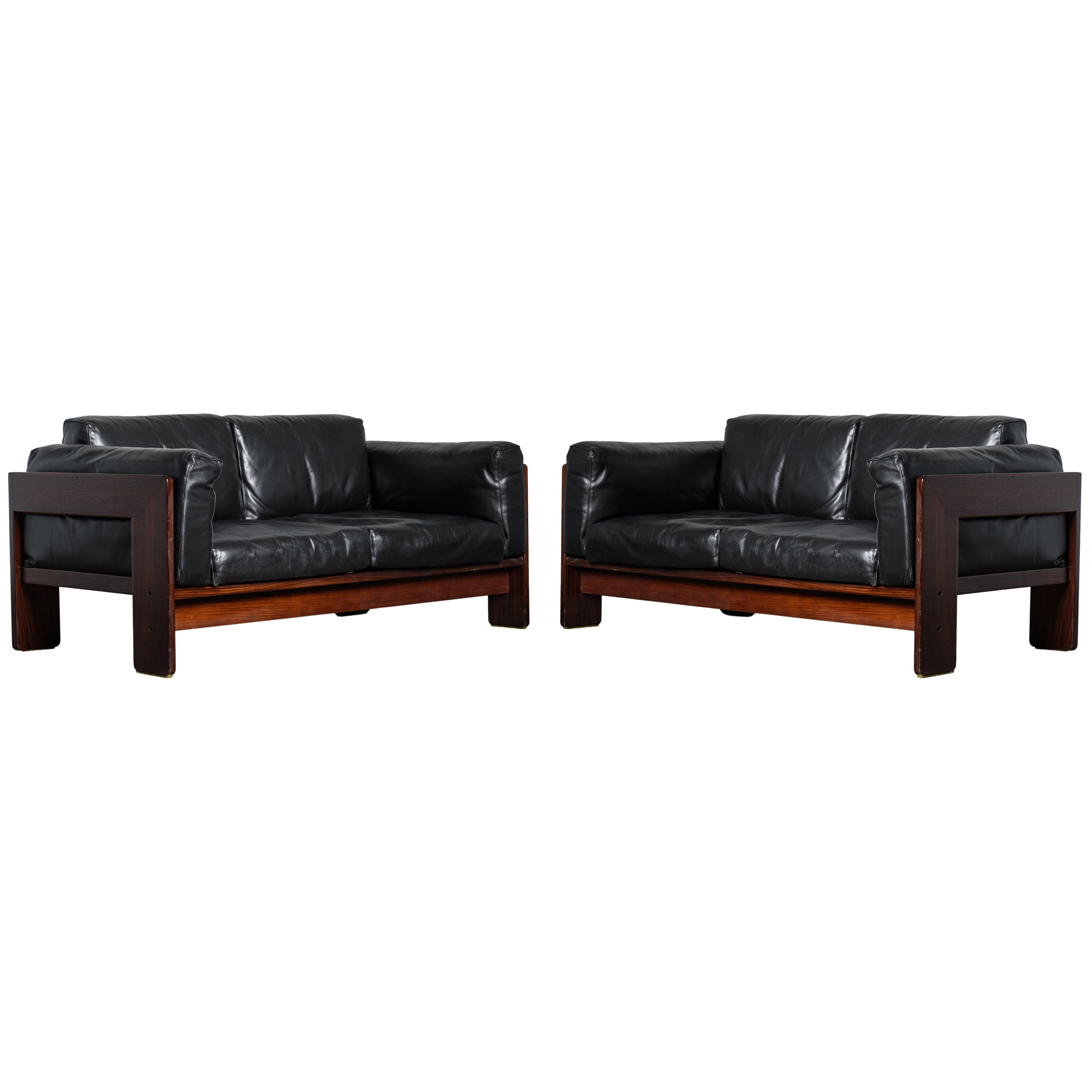 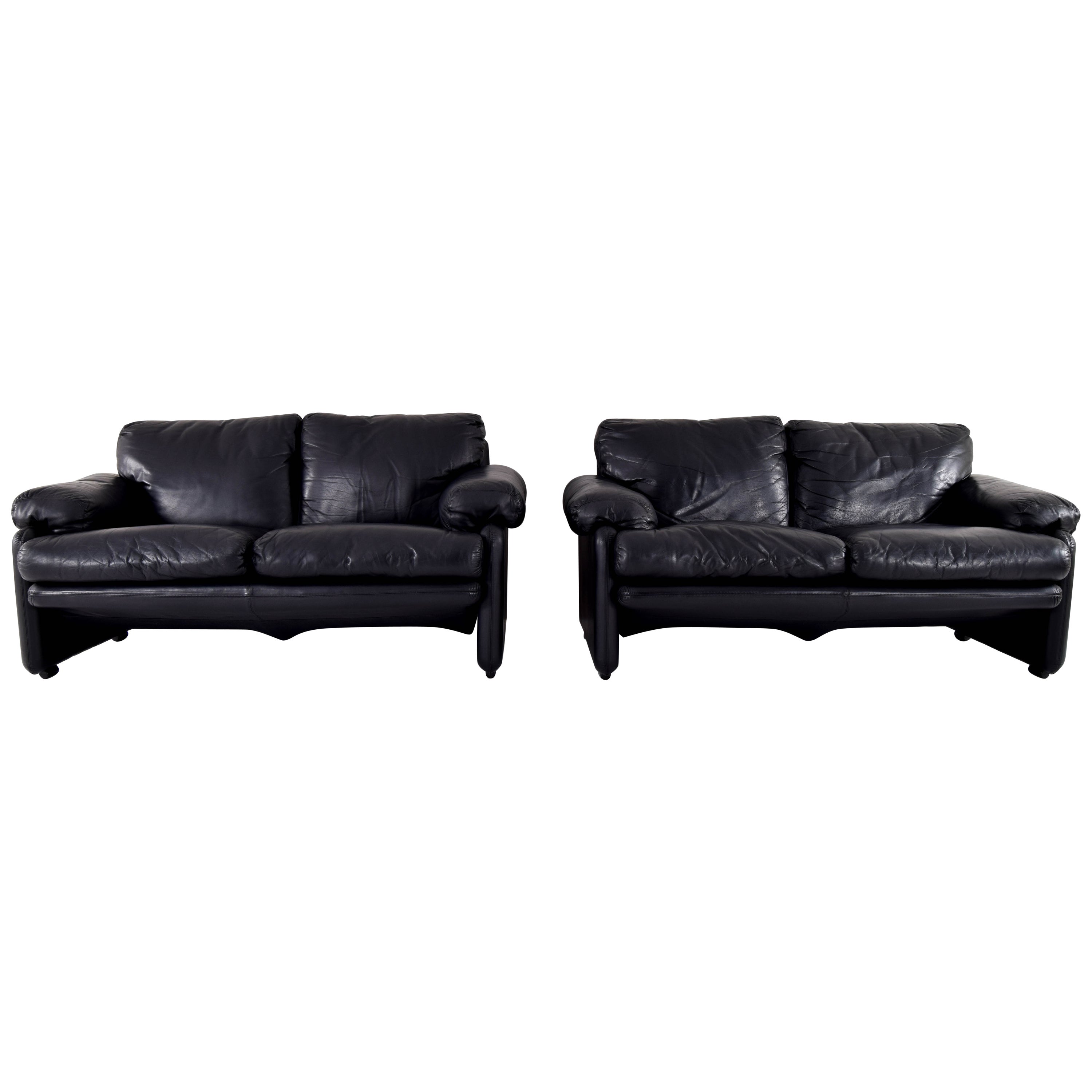 Afra & Tobia Scarpa Soriana Settee for Cassina in Bouclé, circa 1975 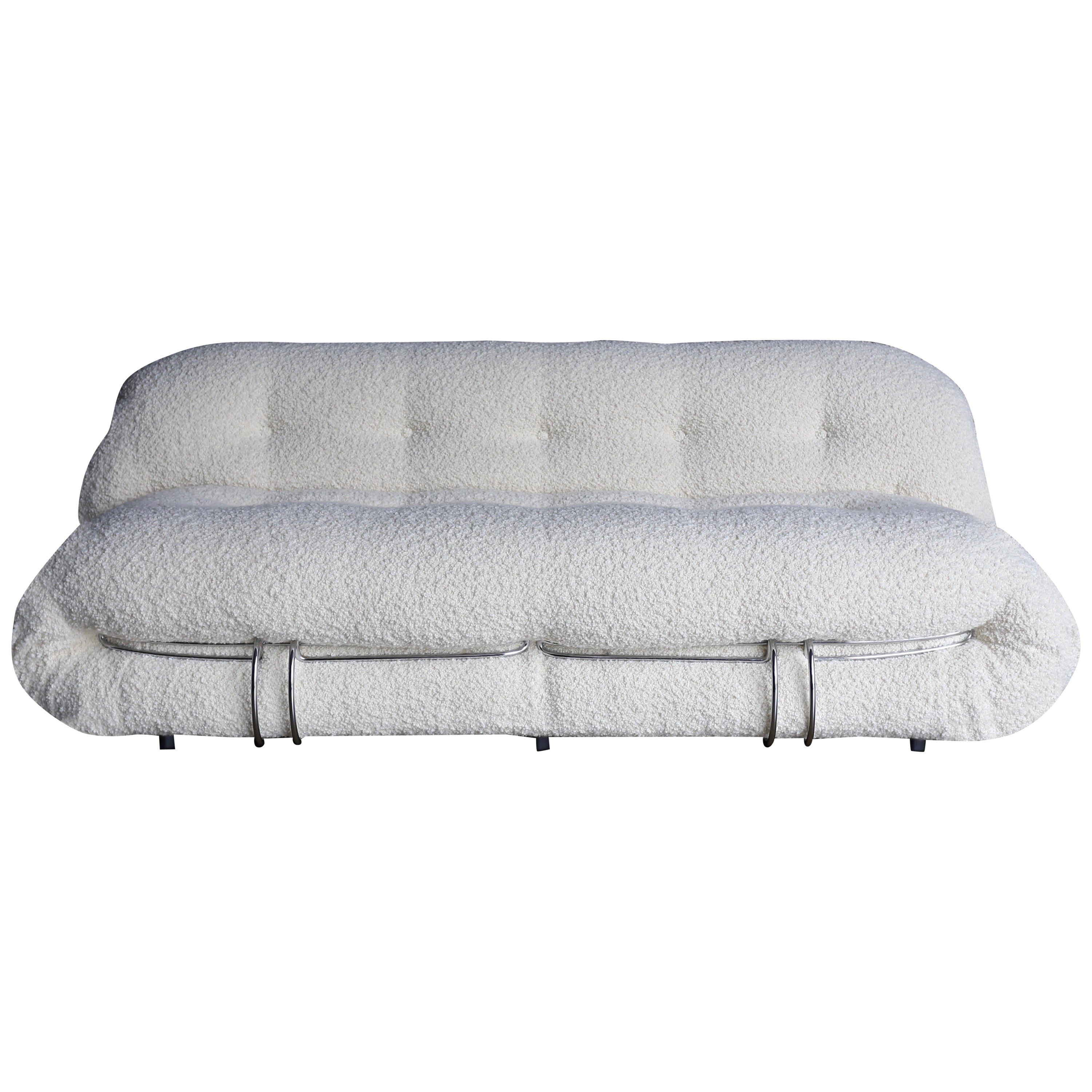 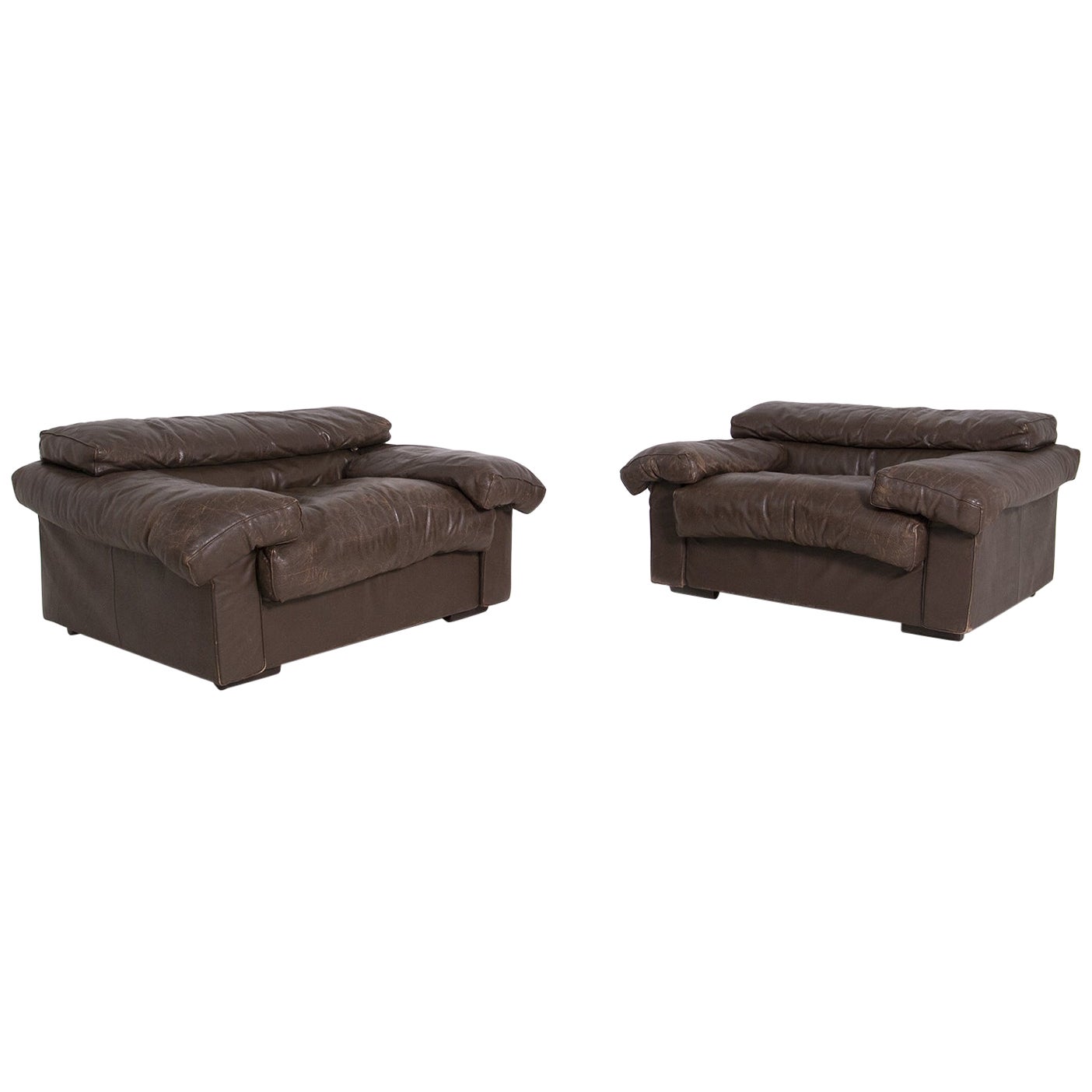 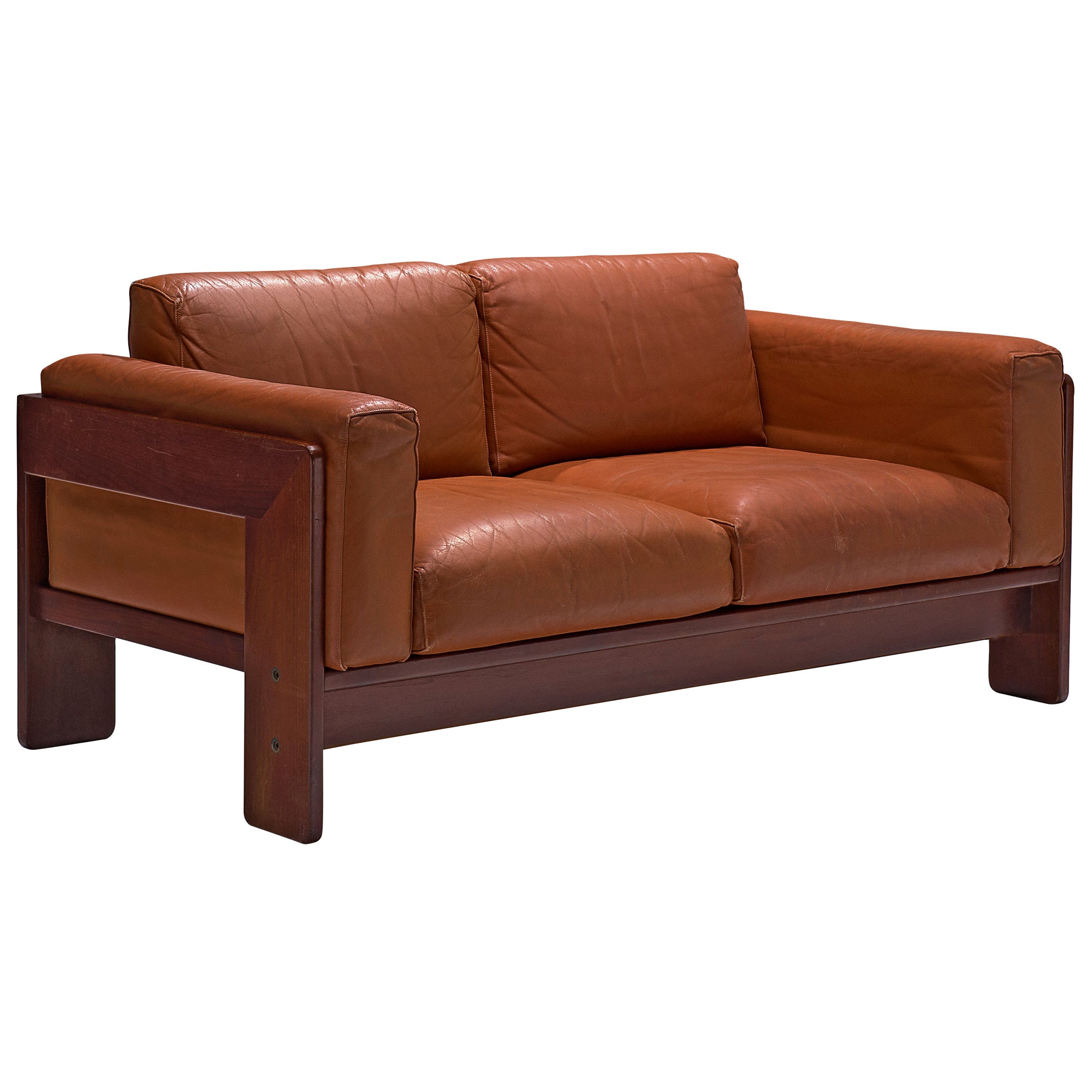 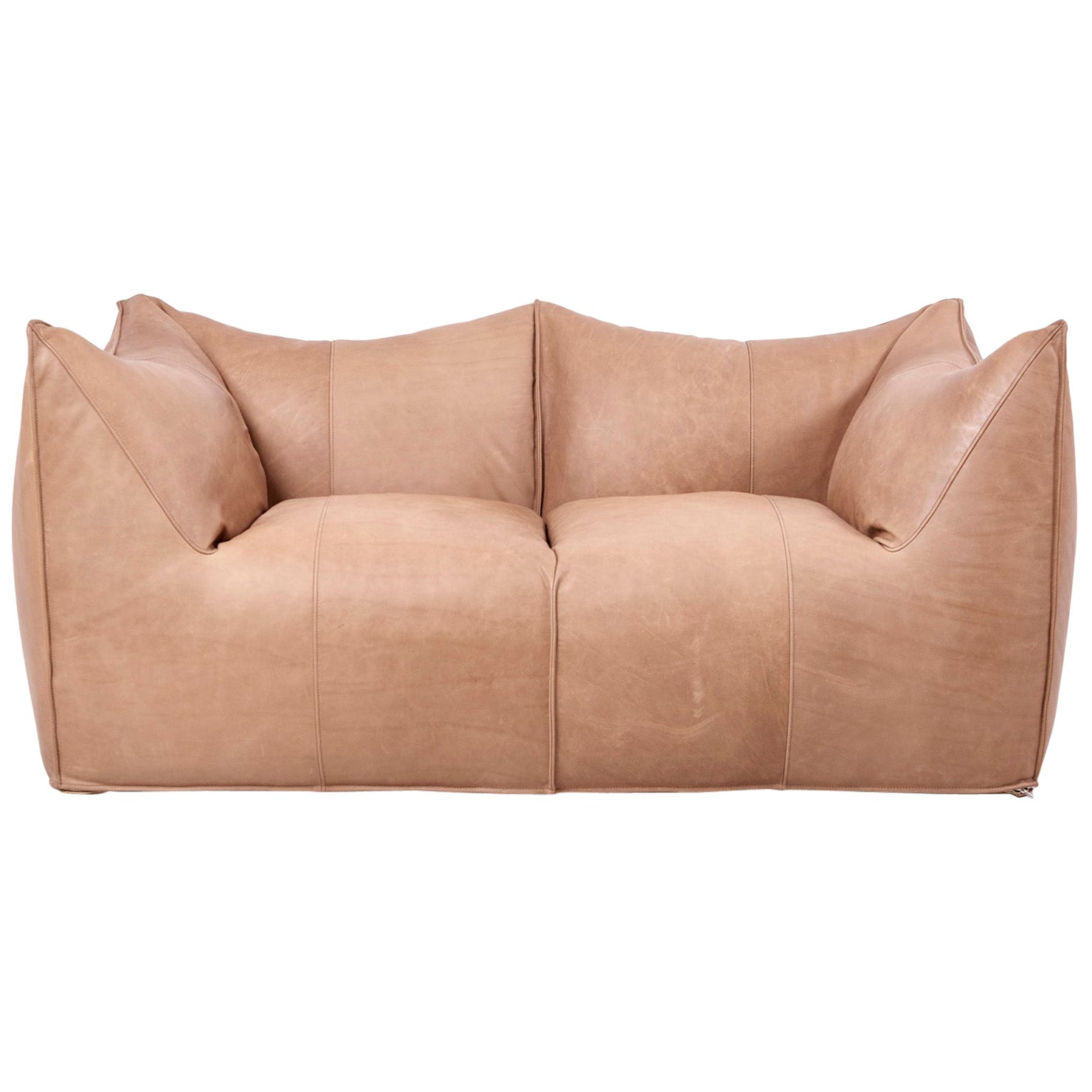 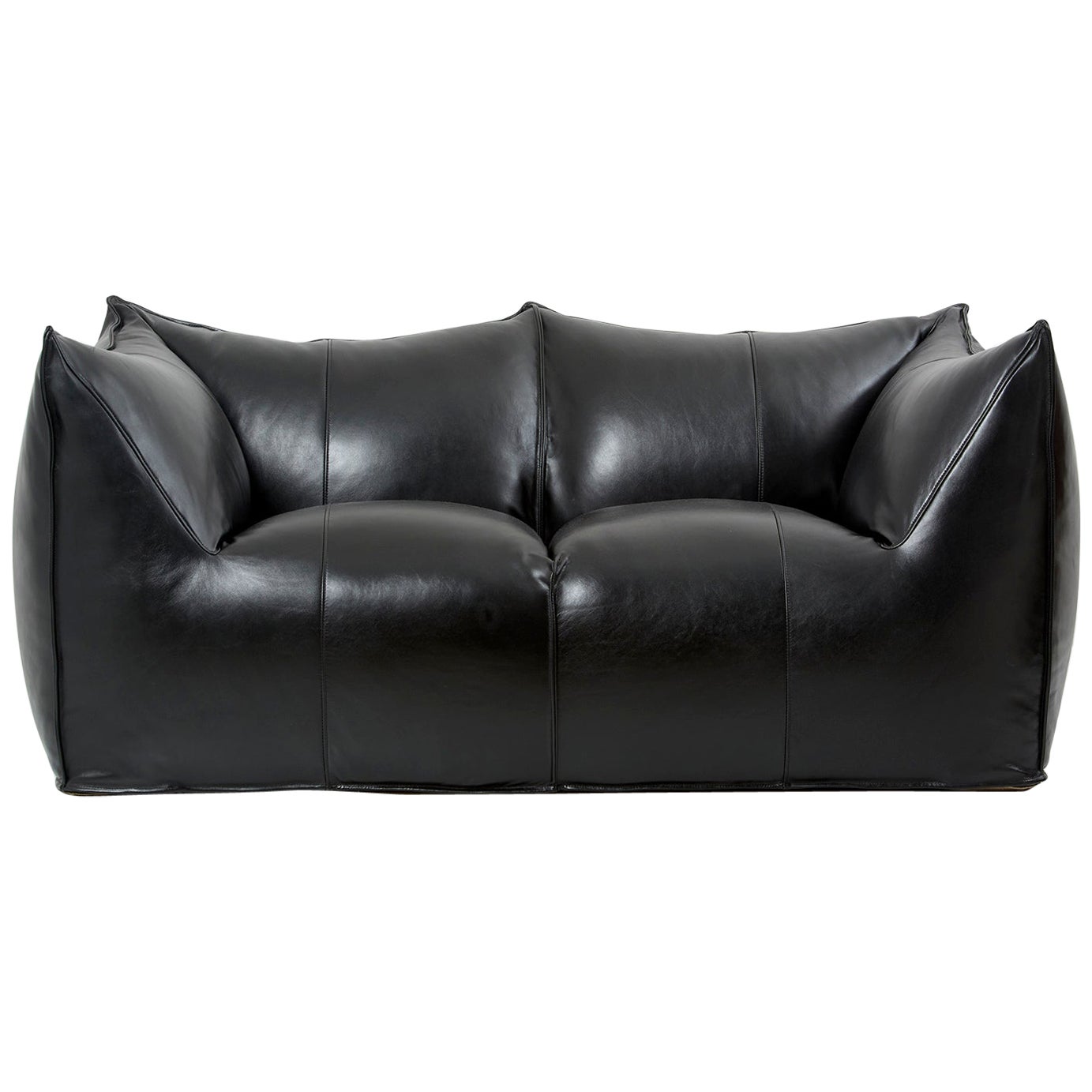 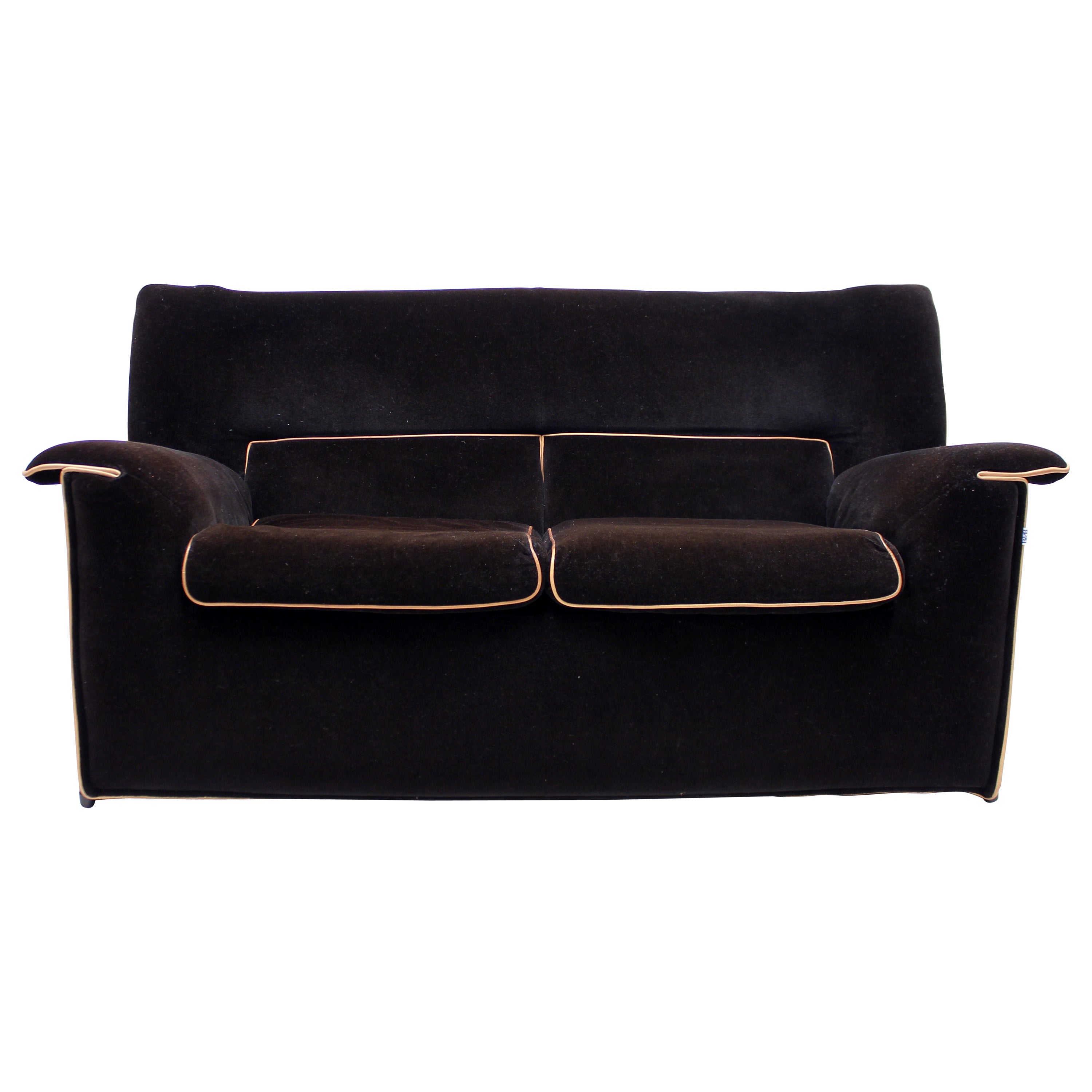 Soriana Sofa by Afra and Tobia Scarpa for Cassina 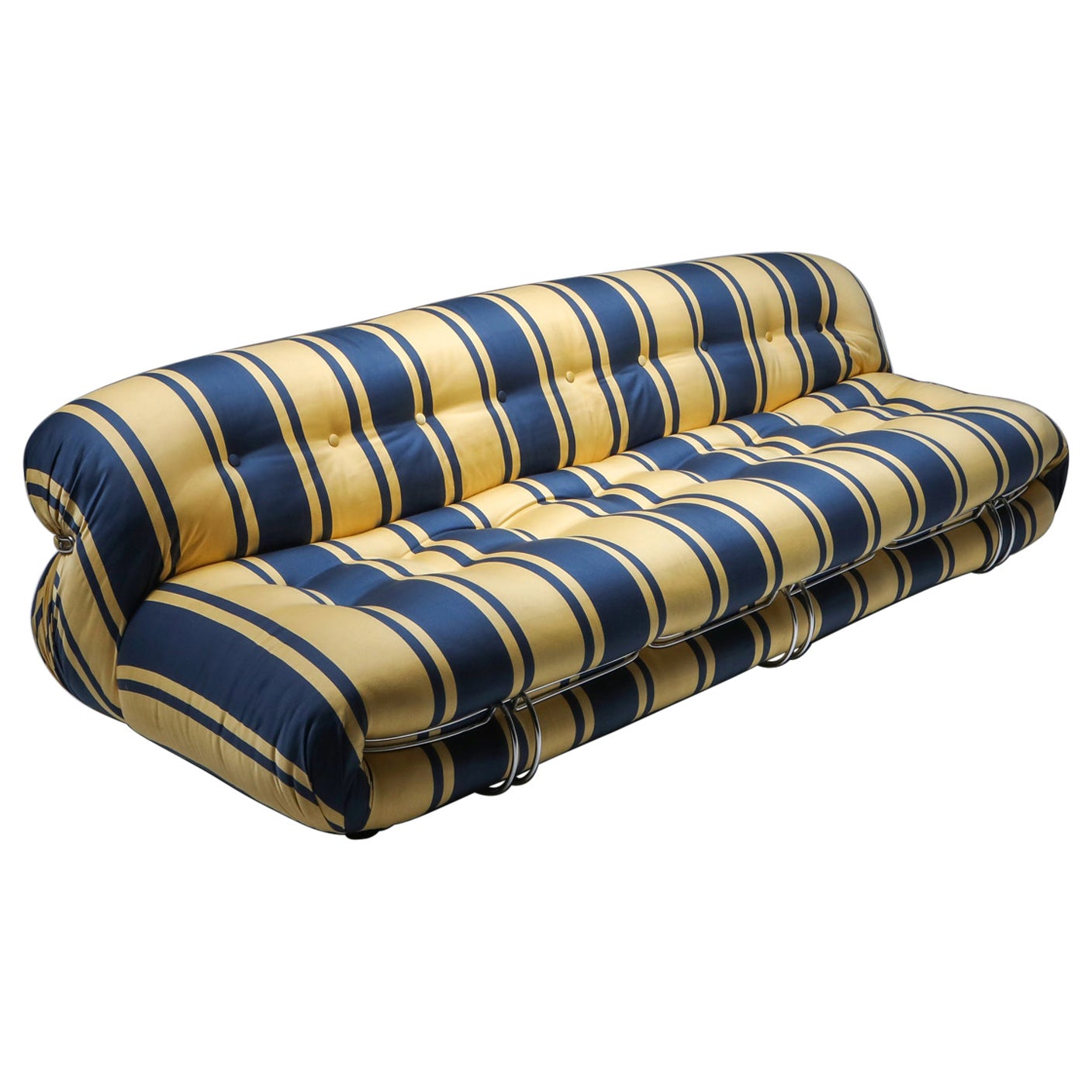 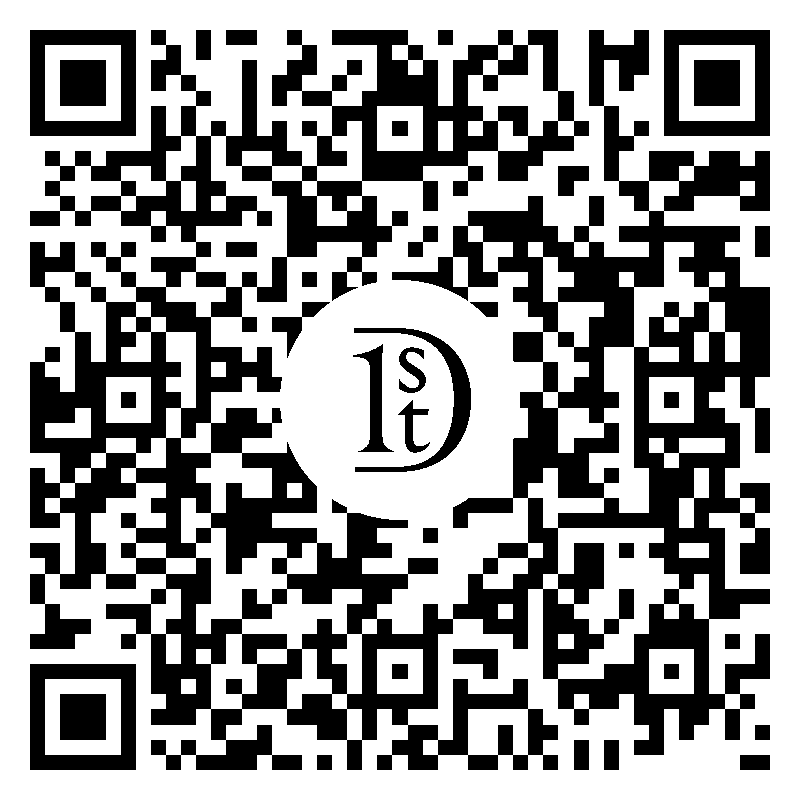 Orange Settee/Loveset by Tobia Scarpa for B&B Italia. Sofa is lightweight and in good vintage condition with original fabric, circa 1970s. Small tear in fabric on back of settee near foot. Dimensions: 60w x 34d x 27h seat height 17".


For decades, Busnelli cultivated relationships with the world’s best design talent, resulting in furniture pieces that remain iconic today — be they Gaetano Pesce’s outwardly curvaceous Up seating (made for C&B, reintroduced by B&B) or tables from industrial designer Paolo Piva, each more sophisticated than the next in their geometrically complex steel-tube bases. B&B Italia earned four prestigious Compasso d’Oro design awards: in 1979 for Mario Bellini’s Le Bambole, in 1984 for the Sisamo wardrobe system by Studio Kairos, in 1987 for Antonio Citterio’s modular Sity sofa and, in 1989, the first award given to a manufacturing company itself.


Other notable names who designed for B&B Italia over the course of its 54-year history include Patricia Urquiola, Naoto Fukasawa, Zaha Hadid, Ettore Sottsass and Vincent Van Duysen, to name a very few. And while these names bring star power to the B&B brand, in many cases, it was B&B Italia who helped usher in their celebrity, fostering a wave of design talent on the world stage.


The company’s forward-thinking vision manifested in its own headquarters, too: In 1972, B&B Italia tapped architects Renzo Piano and Richard Rogers to design a steel-framed, postmodern-style home for the brand, whose crisscrossing metal exoskeleton is reminiscent of the pair’s Centre Pompidou in Paris, which was built at roughly the same time. Now, B&B Italia manages a contract division and outdoor section as well as its residential arm, and it also controls production for Maxalto, a brand spun out with furniture designs by Antonio Citterio.


At 1stDibs, find a sizable inventory of B&B Italia's furniture — including sofas, cocktail tables and more.

About the Seller
5 / 5
Located in Dallas, TX
Vetted Seller
These experienced sellers undergo a comprehensive evaluation by our team of in-house experts.
Established in 2004
1stDibs seller since 2012
218 sales on 1stDibs
Typical response time: 22 hours
More From This Seller
View All From Seller

Afra & Tobia Scarpa Soriana Settee for Cassina in Bouclé, circa 1975