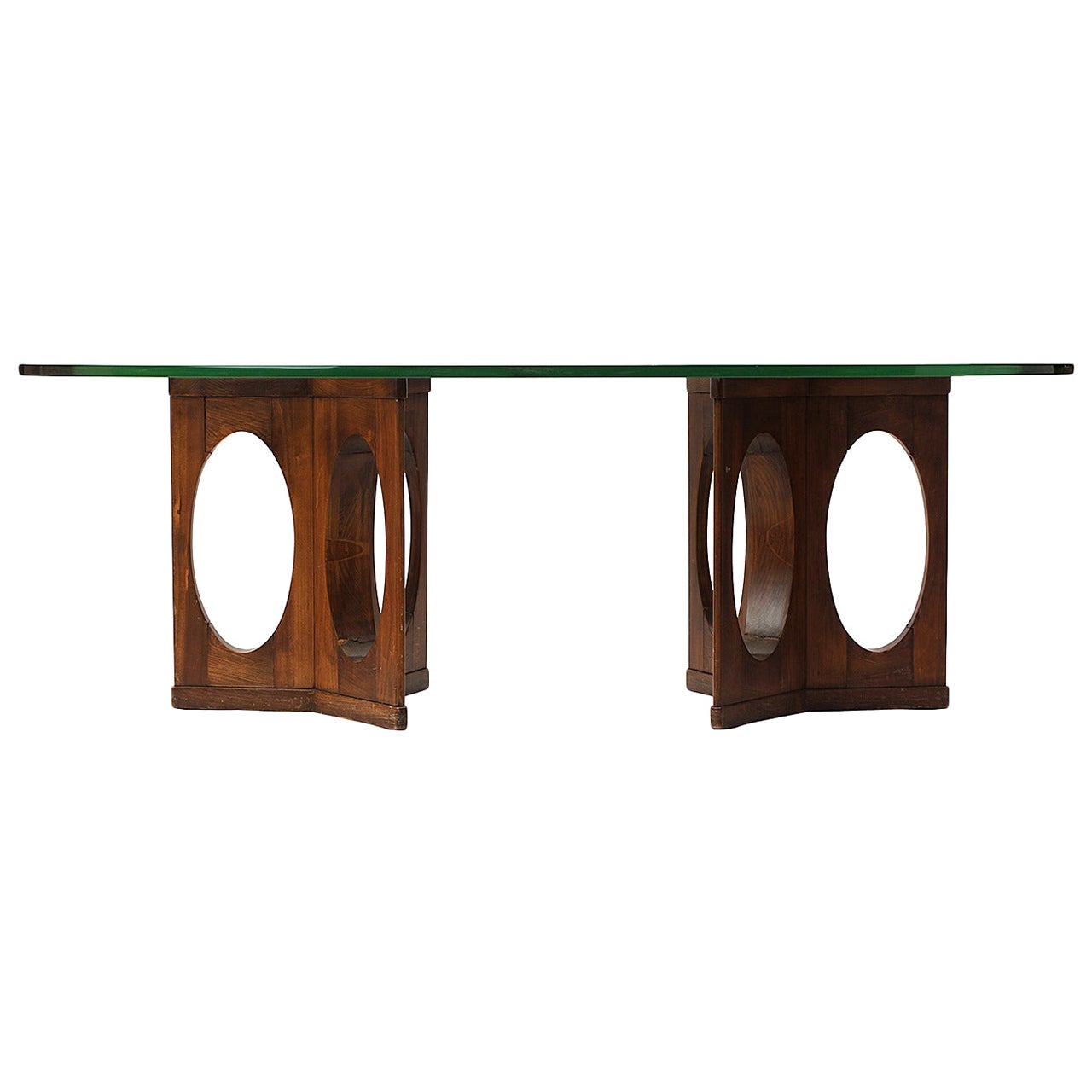 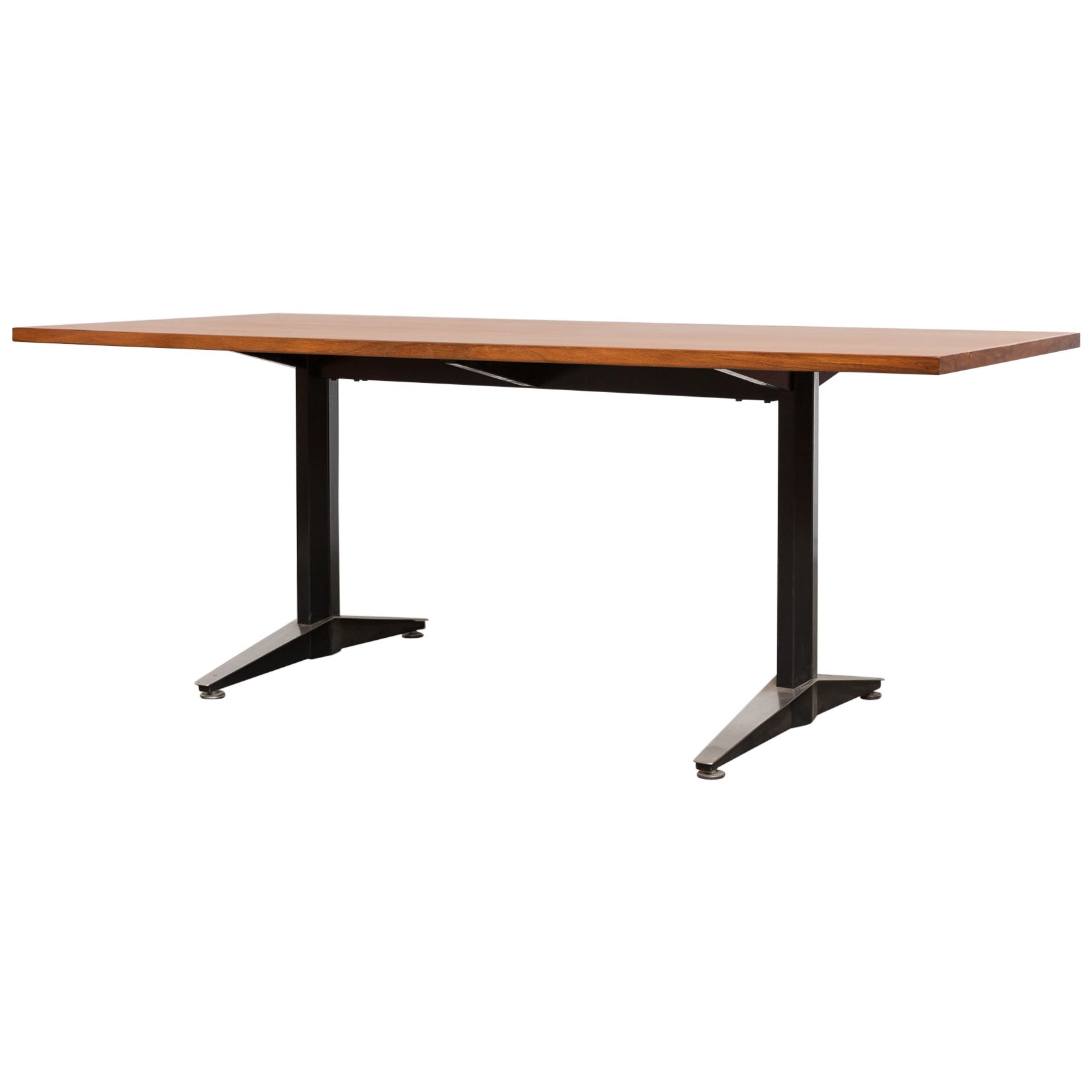 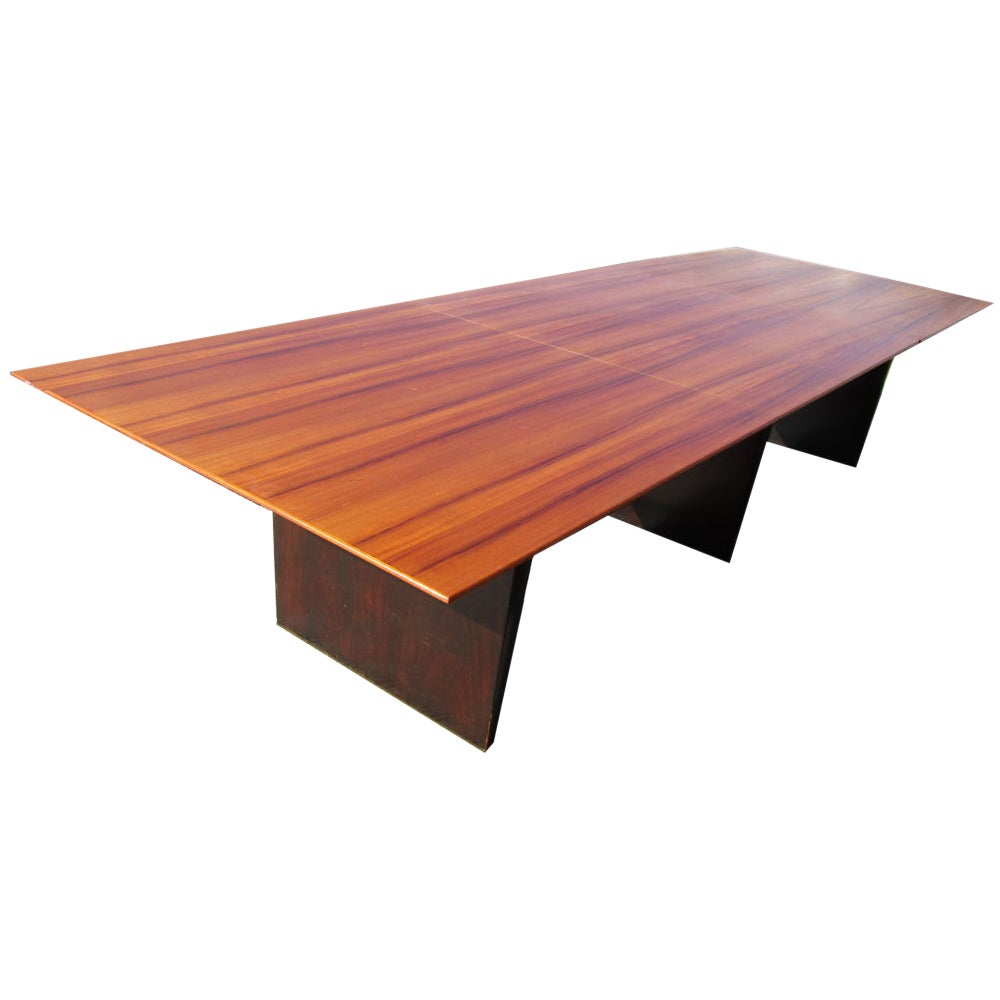 Knoll Round Conference or Dining Table 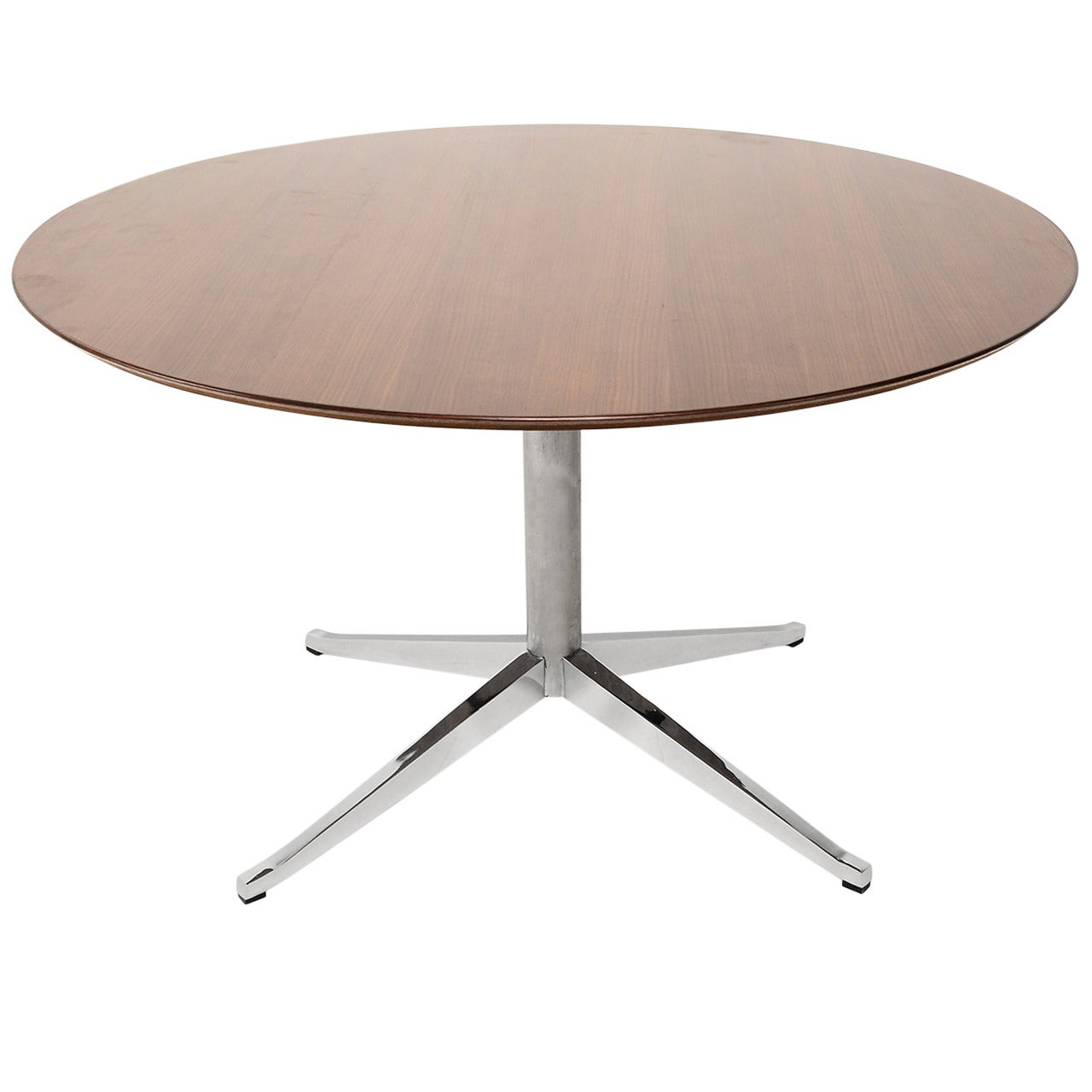 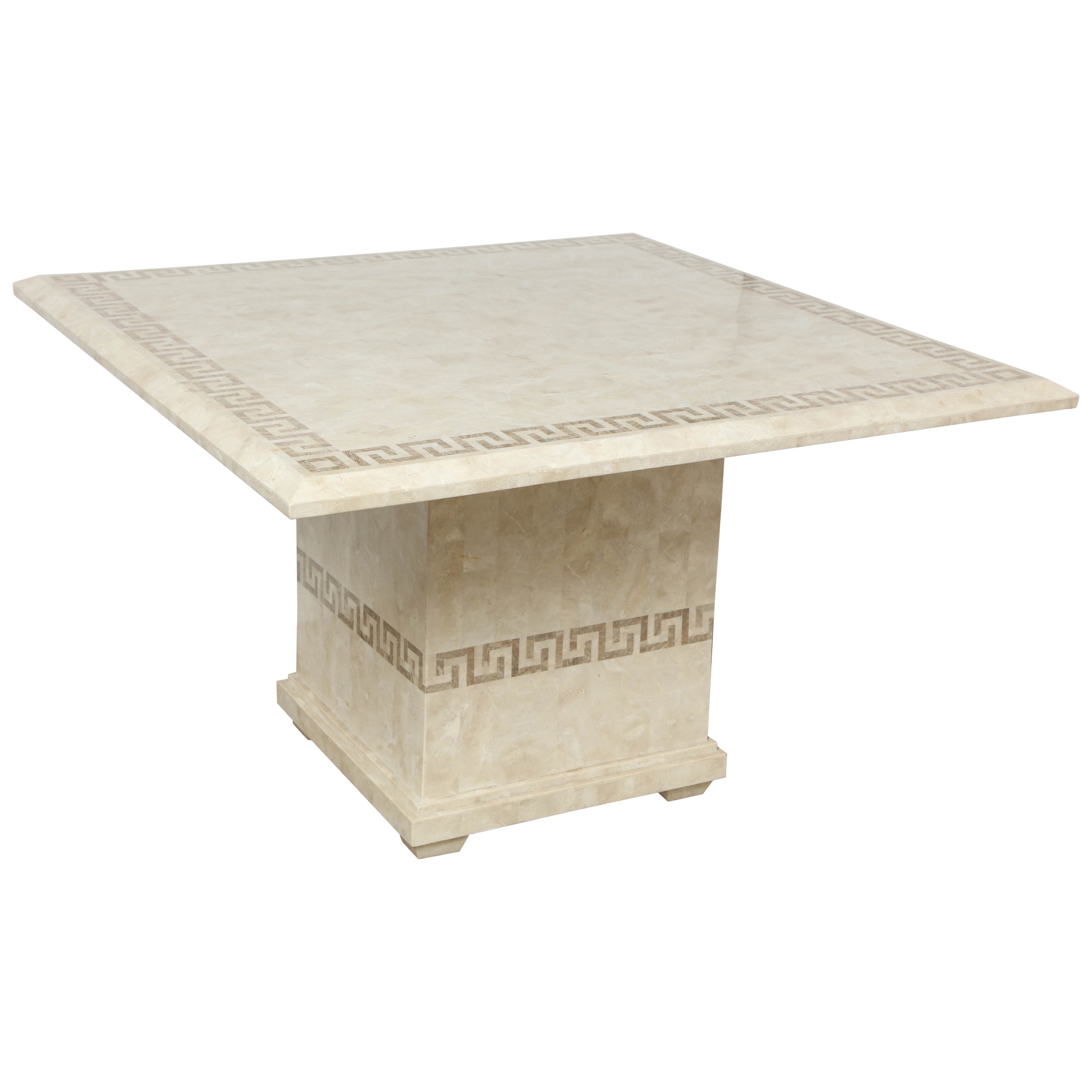 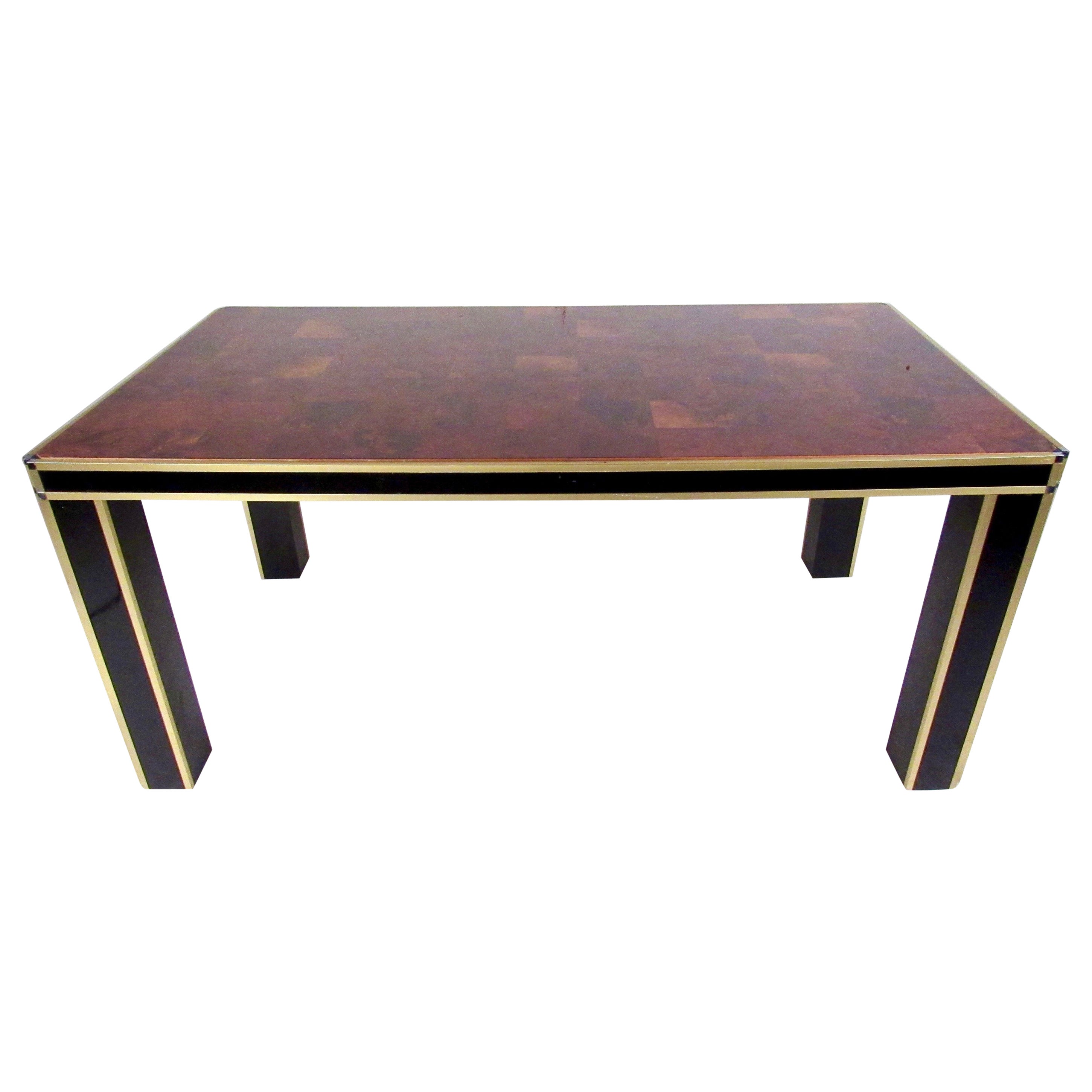 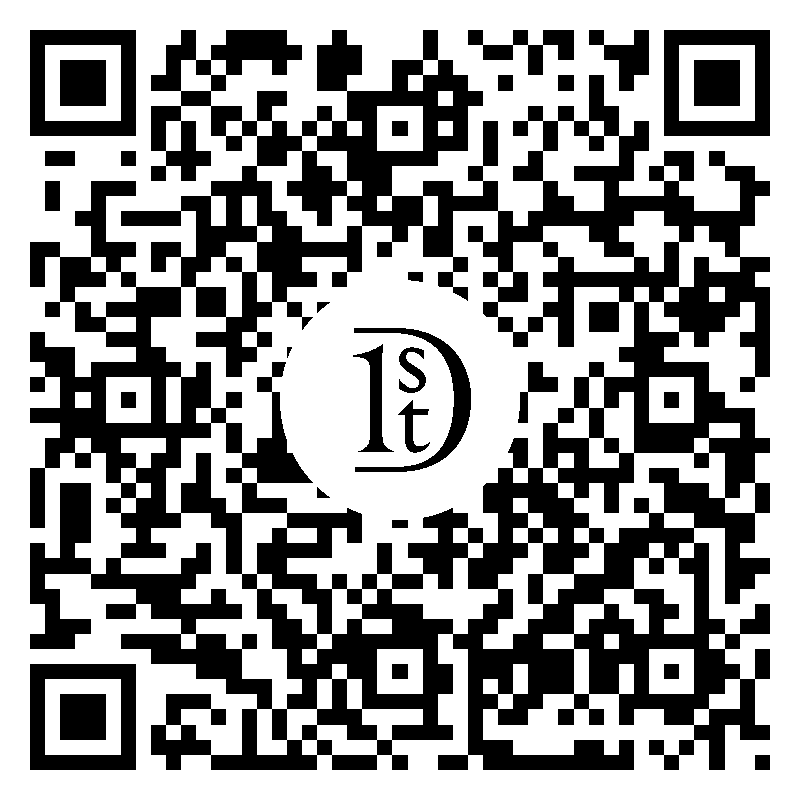 The architect and designer Marcel Breuer was one the 20th century’s most influential and innovative adherents of modernism. A member of the Bauhaus faculty, Breuer — like such colleagues as the architects Walter Gropius and Ludwig Mies van der Rohe, and the artists and art theoreticians Laszlo Moholy-Nagy and Josef Albers — left Europe in the 1930s to champion the new design philosophy and its practice in the United States.

Born in Hungary, Breuer became a Bauhaus student in 1920 and quickly impressed Gropius, the German school’s founder, with his aptitude for furniture design. His early work was influenced by the minimalist Dutch design movement De Stijl — in particular the work of architect Gerrit Rietveld. In 1925, while he was head of the Bauhaus furniture workshop, Breuer realized his signature innovation: the use of lightweight tubular-steel frames for chairs, tables and sofas — a technique soon adopted by Mies and others. Breuer’s attention gradually shifted from design to architecture, and, at the urging of Gropius, he joined his mentor in 1937 on the faculty of Harvard and in an architectural practice.

In the 1940s, Breuer opened his own architectural office, and there his style evolved from geometric, glass-walled structures toward a kind of hybrid architecture — seen in numerous Breuer houses in New England — that pairs bases of local fieldstone with sleek, wood-framed modernist upper floors. In his later, larger commissions, Breuer worked chiefly with reinforced concrete and stone, as seen in his best-known design, the Brutalist inverted ziggurat built in New York in 1966 as the home of the Whitney Museum of American Art.

Breuer’s most famous furniture pieces are those made of tubular steel, which include the Wassily chair — named after Wassily Kandinsky and recognizable for its leather-strap seating supports — and the caned Cesca chair. Breuer also made several notable designs in molded plywood, including a chaise and nesting table for the British firm Isokon and a student furniture suite commissioned in 1938 for a dormitory at Bryn Mawr College. Whether in metal or wood, Breuer’s design objects are elegant and adaptable examples of classic modernist design — useful and appropriate in any environment.

About the Seller
5 / 5
Located in Dallas, TX
Recognized Seller
These prestigious sellers are industry leaders and represent the highest echelon for item quality and design.
Platinum Seller
These expertly vetted sellers are 1stDibs' most experienced sellers and are rated highest by our customers.
Established in 1999
1stDibs seller since 2008
297 sales on 1stDibs
Typical response time: <1 hour
More From This Seller
View All From Seller

$36,000
Knoll Round Conference or Dining Table
By Knoll
Located in National City, CA
For your consideration a vintage round (48" in diameter) table. New walnut top with chrome base. Unmarked.
Category

Knoll Round Conference or Dining Table

$3,900
Square Marble Dining or Conference Table
Located in New York, NY
This super chic table consists of a square top with a slightly beveled edge over a square centre pedestal. It is constructed of pieces of marble over a wood base and is accented by a...
Category