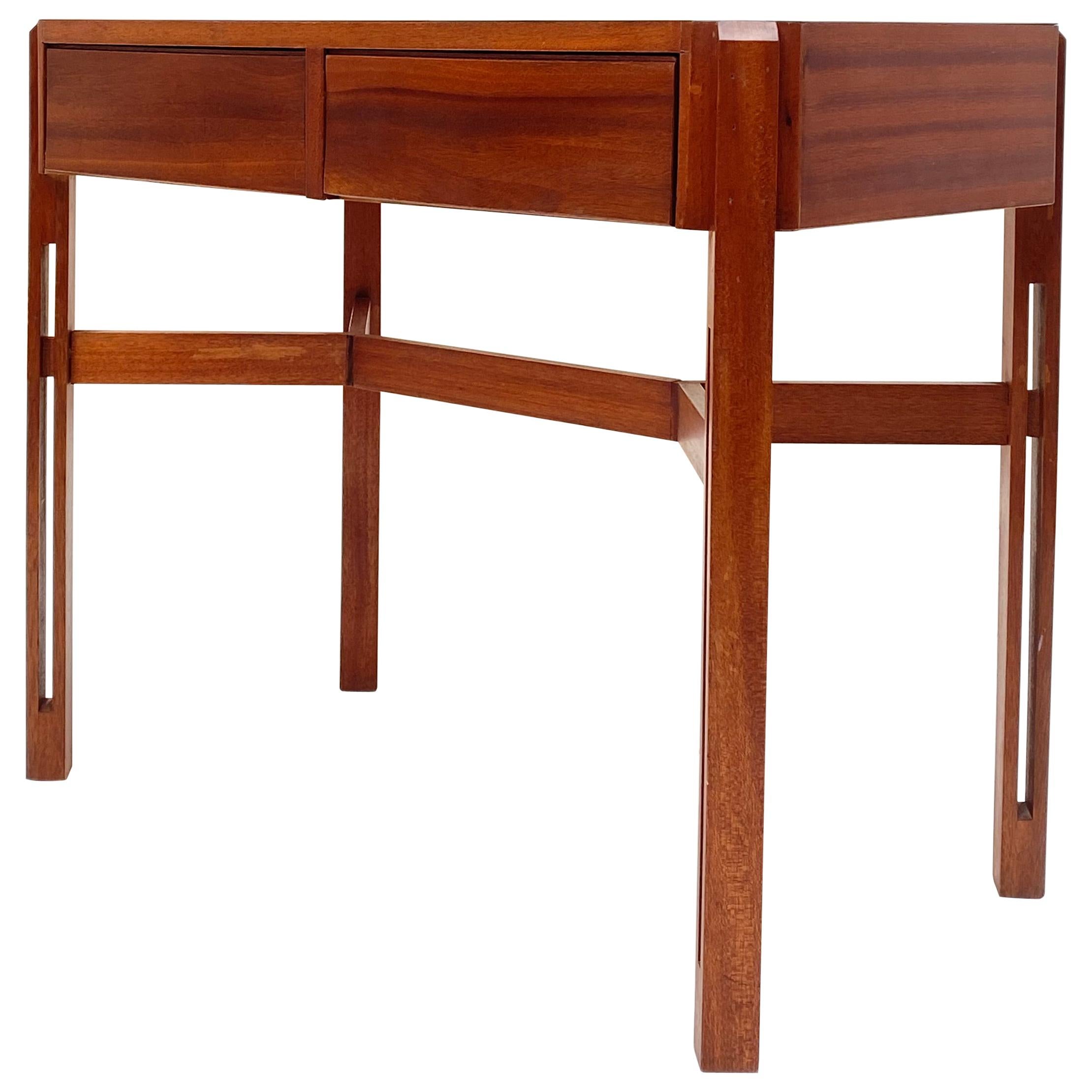 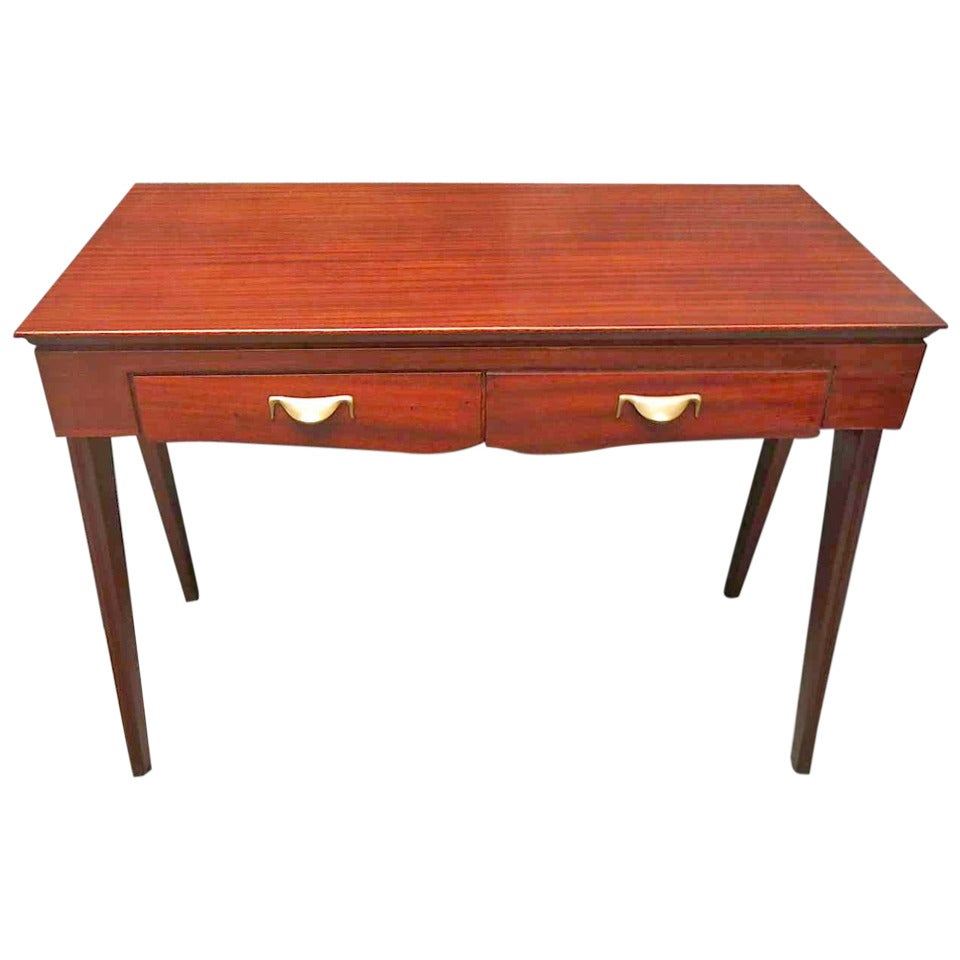 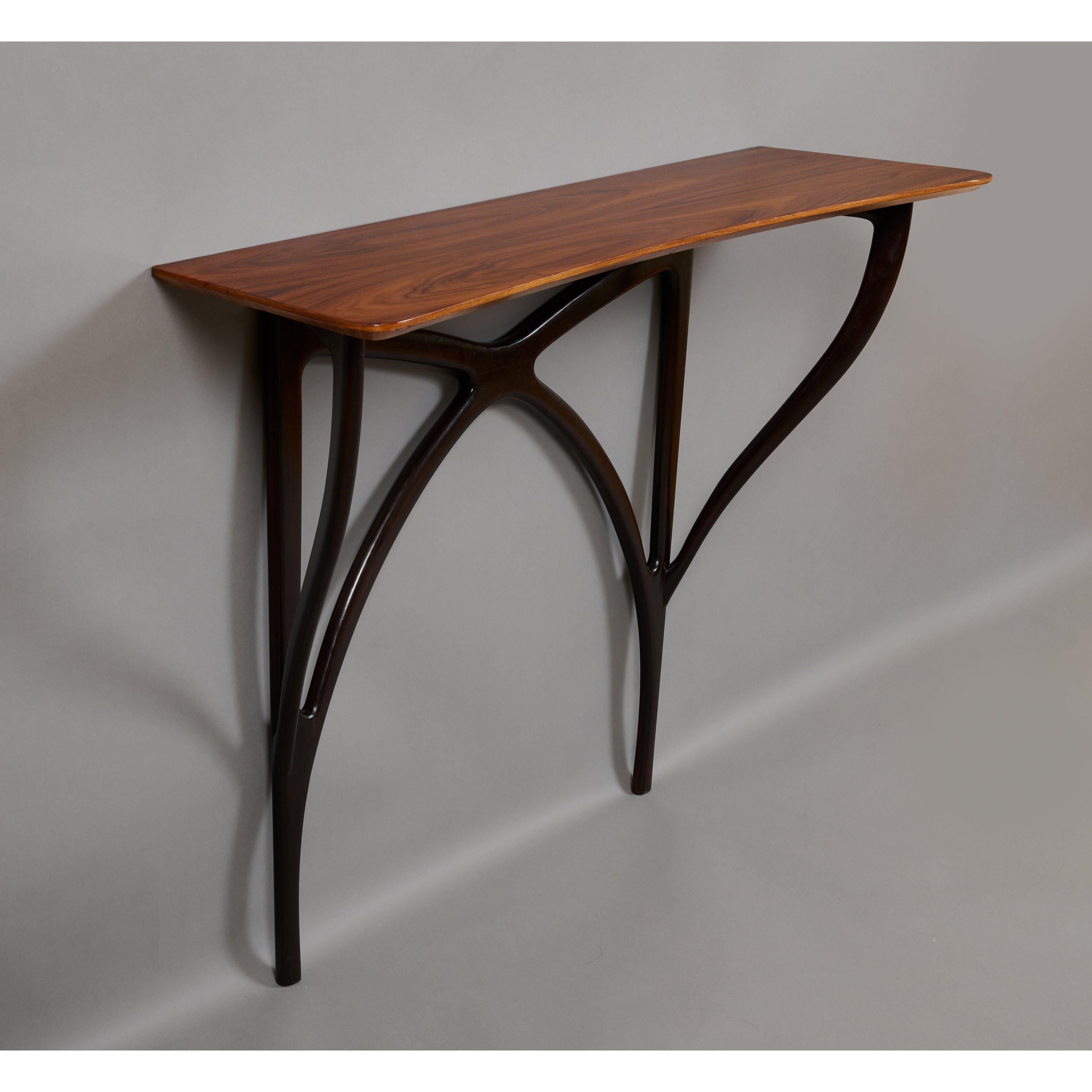 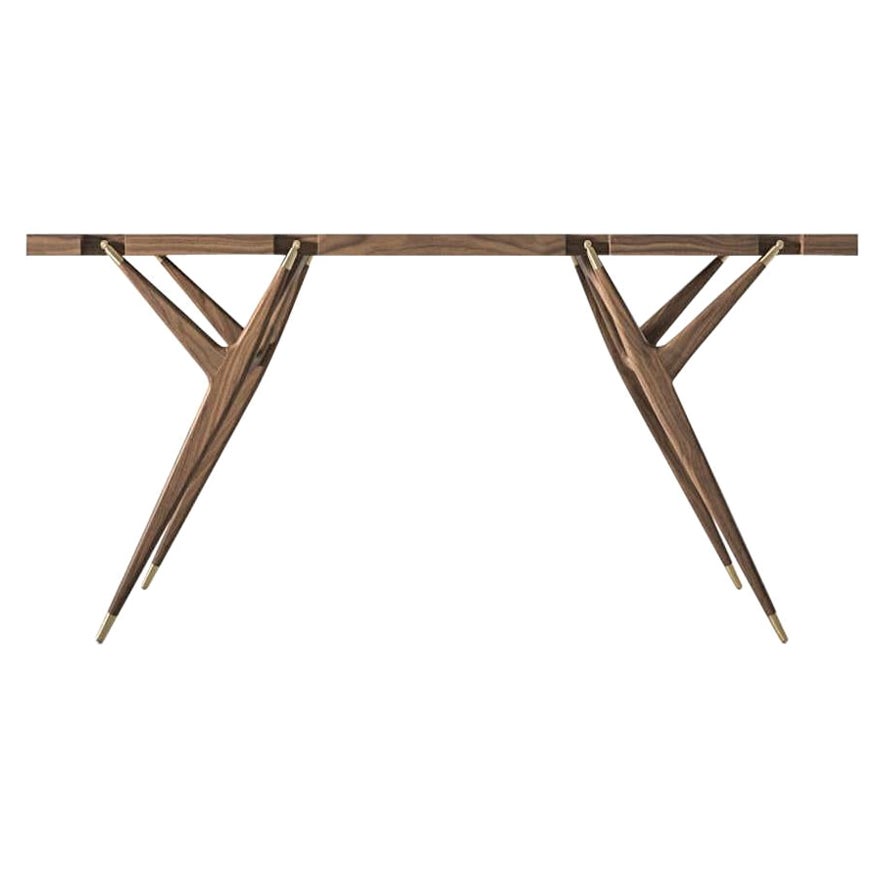 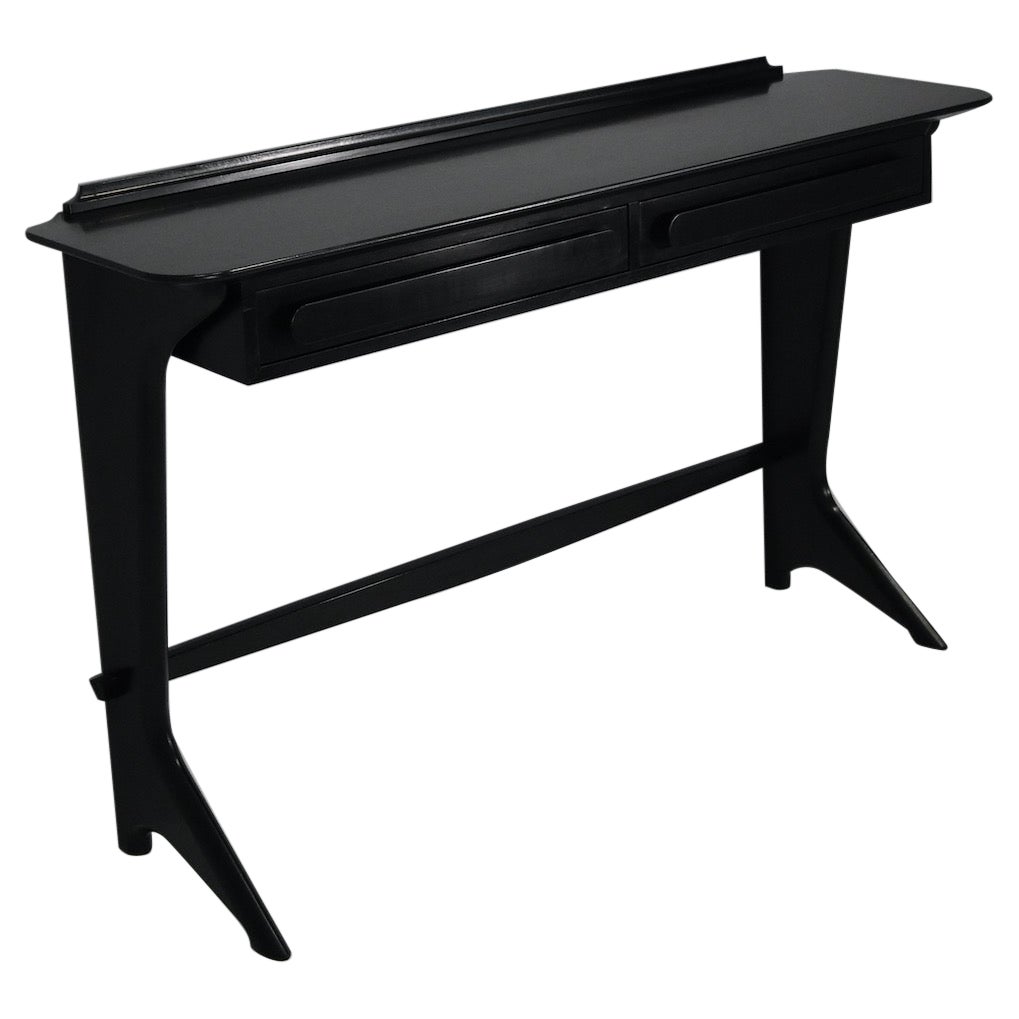 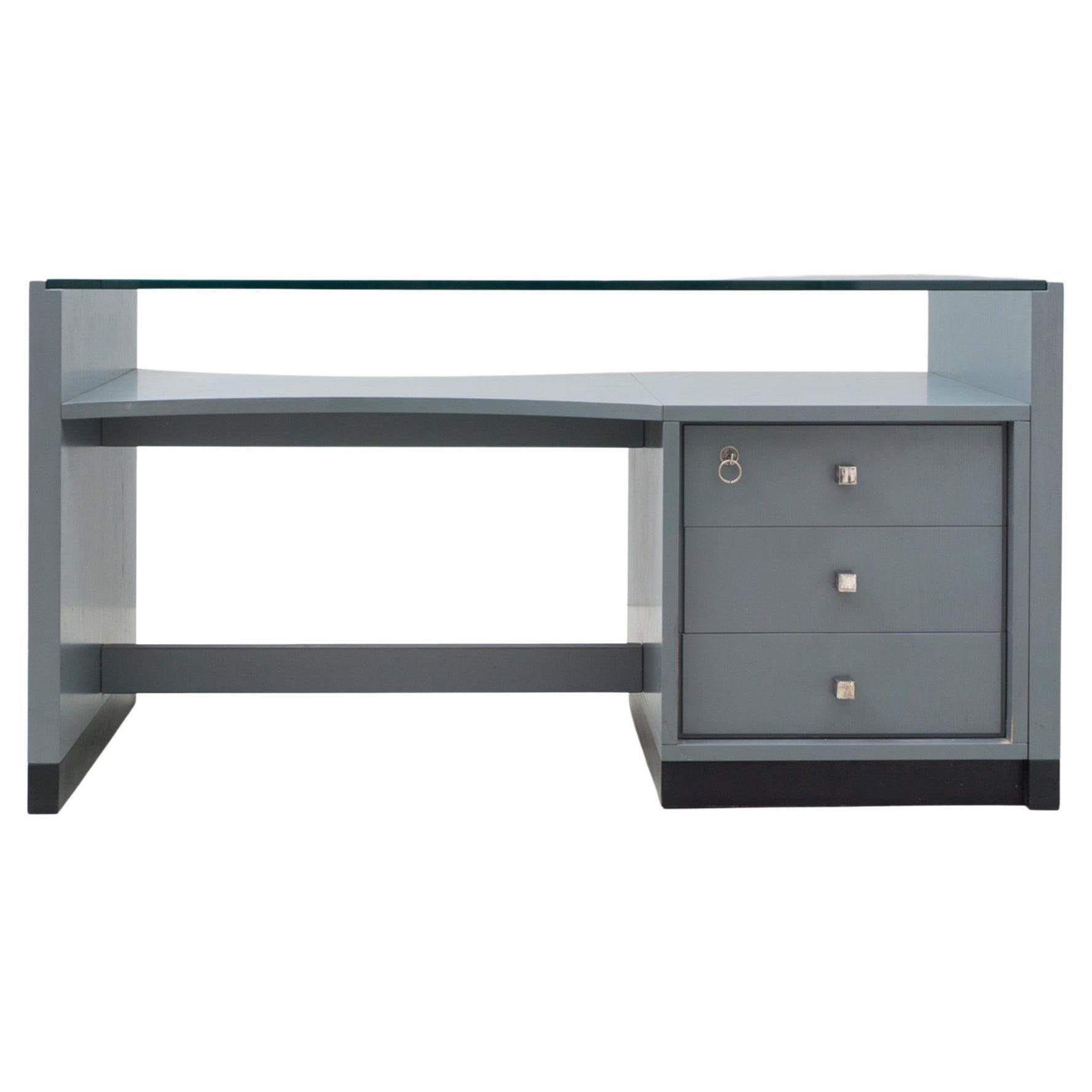 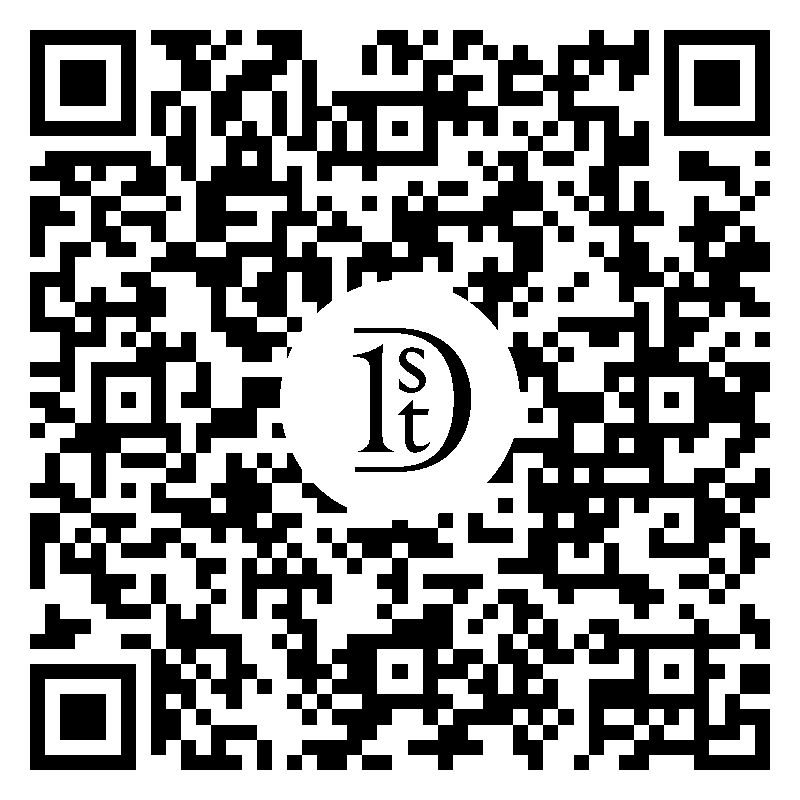 Ico and Luisa Parisi vanity desk from Hotel Lorena, Grosseto manufacured by Ditta Bernini Italy, 1959-60 this desk is very rare because this is the large version of the desk and was produced in very limited number (2 or 3) only for the suite of the Hotel Lorena mahogany, laminate, mirrored glass Measures: H 76cm,120 x 50 cm ; total heigh with open mirror: 160cm mirror:h:40 x 53x 3cm Ico and Lusia Parisi were commissioned to design the entire interior for the Hotel Lorena in 1959. This vanity unit comes from one of the bedrooms and features a fold down mirror covering a storage compartment and single drawer. The top is lined with the original black laminate which is in good order. These vanity desks were produced by Bernini. Desk features a fold down mirror and two drawer. signed on the verso with red ink stamp; available inside the drawer an original bar order list and adv from Hotel Lorenza Literature: Domus 1960-1964, Volume V, Fiell, ppg. 234-239 illustrate the commission Ico Parisi design Catalogo Ragionato, by Roberta Lietti Silvana ed.2017, pag 44 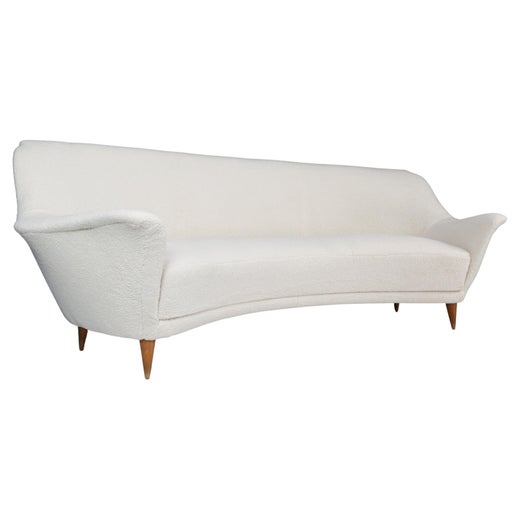 Domenico “Ico” Parisi was one half of a prolific postwar design duo he comprised with his wife, Luisa. Their furniture designs are known for running the stylistic gamut, with celebrated mid-century modern pieces ranging from elegantly skeletal — like dramatic ebonized dining chairs — to plush and shapely, like the iconic 1951 Egg chair, in a plethora of materials.

The son of an art teacher father, Ico Parisi was exposed to art at an early age. Born in 1916 in the Sicilian capital of Palermo, he and his family moved to Como in 1925. There, the young Parisi would begin to develop his interest in architecture and design. After earning a degree as a building inspector in 1936 and working as a civil engineer, Parisi took on an apprenticeship in the studio of Giuseppe Terragni, the modernist, fascist Italian architect, pioneer of the Rationalist movement and creator of the iconic Casa del Fascio.

While working for Terragni, Parisi crossed paths with such contemporary design talents as Lucio Fontana, Bruno Munari and Pietro Lingeri, though he briefly moved away from design and architecture to explore photography and film. His artistic work would soon be interrupted, however, by the outbreak of World War II, during which he served at the front before returning to Como in 1943. There, he resumed work as a designer and architect, founding two architecture groups: the Alta Quota and the Gruppo Como.

Through his creative circles, Parisi met Luisa Aiani, a former student of the prolific architect and furniture designer Gio Ponti, who was affiliated with the Alta Quota. They married in 1947 and founded the studio La Ruota — a cross between a design firm and an intellectual salon — in Como shortly thereafter. In 1950, Parisi finally completed his architectural schooling, studying under the nationalist architect Alberto Sartoris at the Athenaeum Architecture School in Lausanne, Switzerland. He and Aiani began several decades of sophisticated output, designing curved sofas upholstered in yellow velvet and armchairs with slender mahogany frames for enduring Italian manufacturers such as Cassina and others.

Much like Charles and Ray Eames in America, the Parisis worked as a team and relied on experimentation in style and material for many of their designs. Ico Parisi died in Como in 1996.

1stDibs Buyer Protection Guaranteed
If your item arrives not as described, we’ll work with you and the seller to make it right. Learn More
About the Seller
5.0
Located in Rome, Italy
Vetted Seller
These experienced sellers undergo a comprehensive evaluation by our team of in-house experts.
1stDibs seller since 2012
80 sales on 1stDibs
Typical response time: 6 hours
Associations
20th Century Specialists
More From This SellerView All
People Also Browsed
You May Also Like