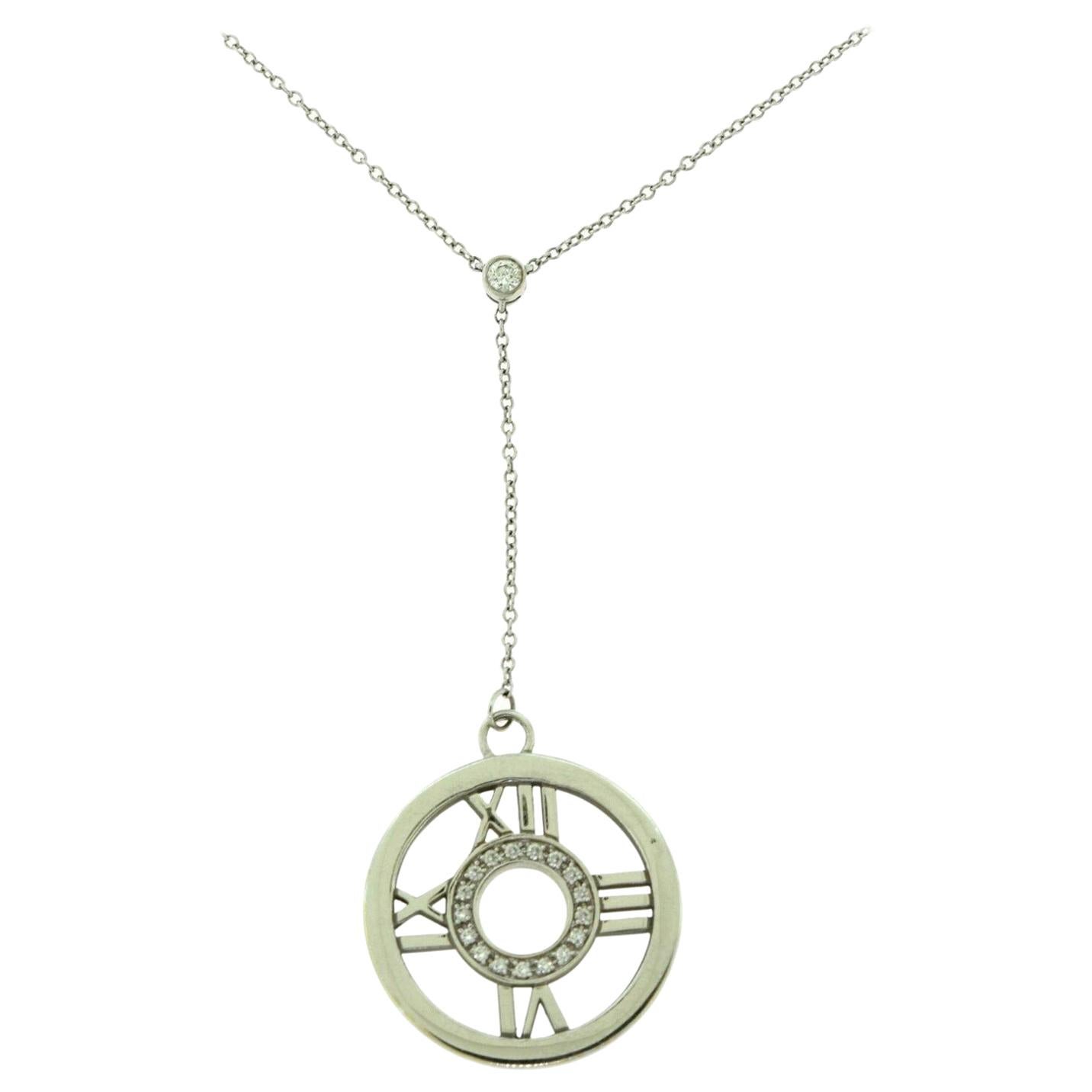 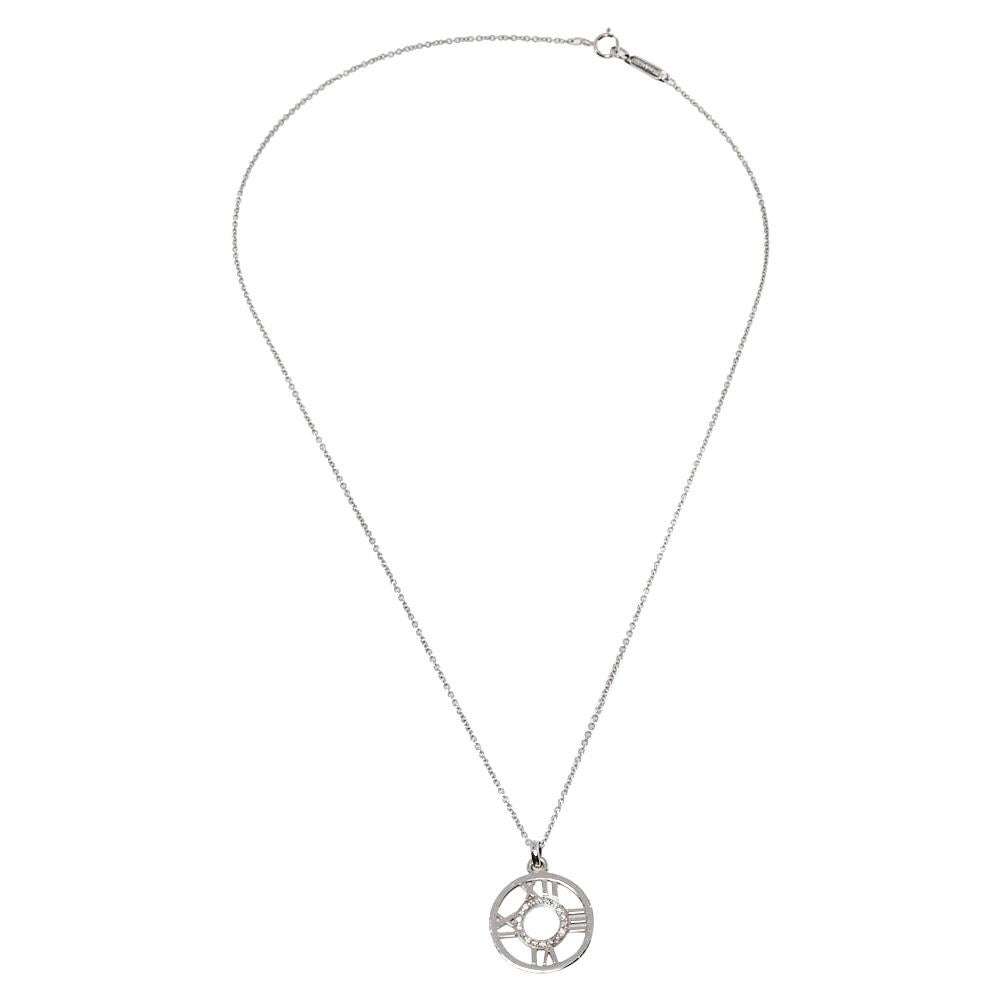 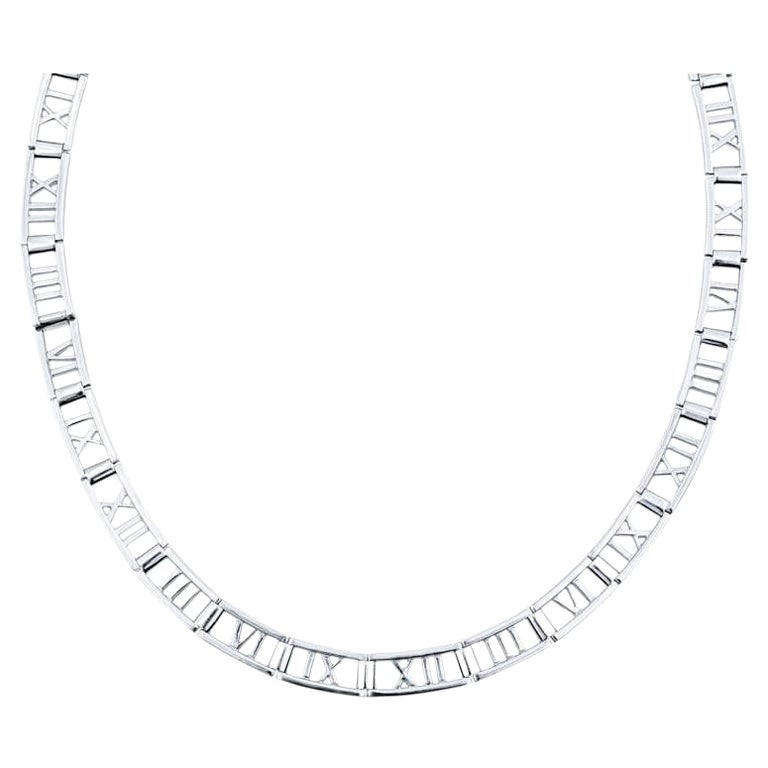 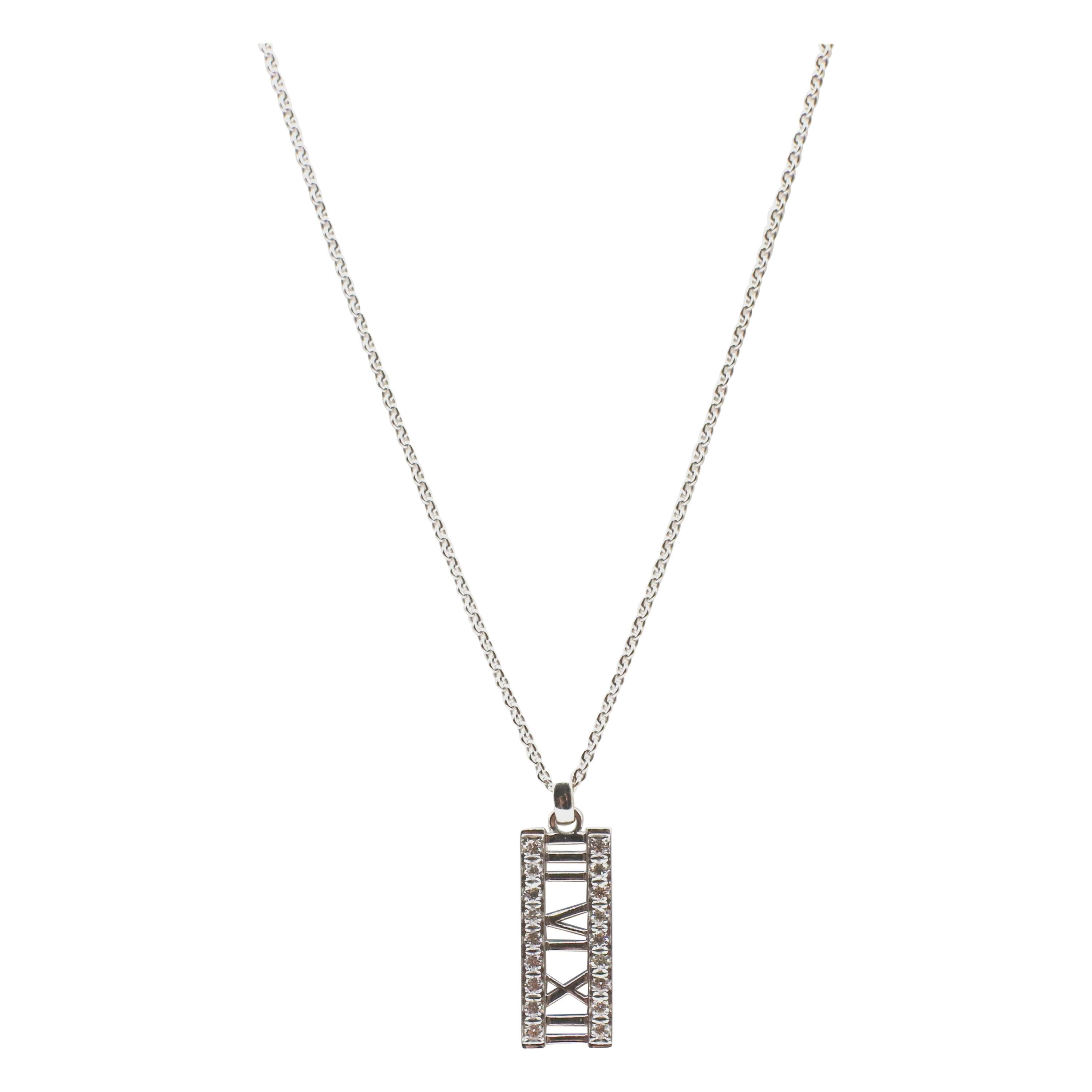 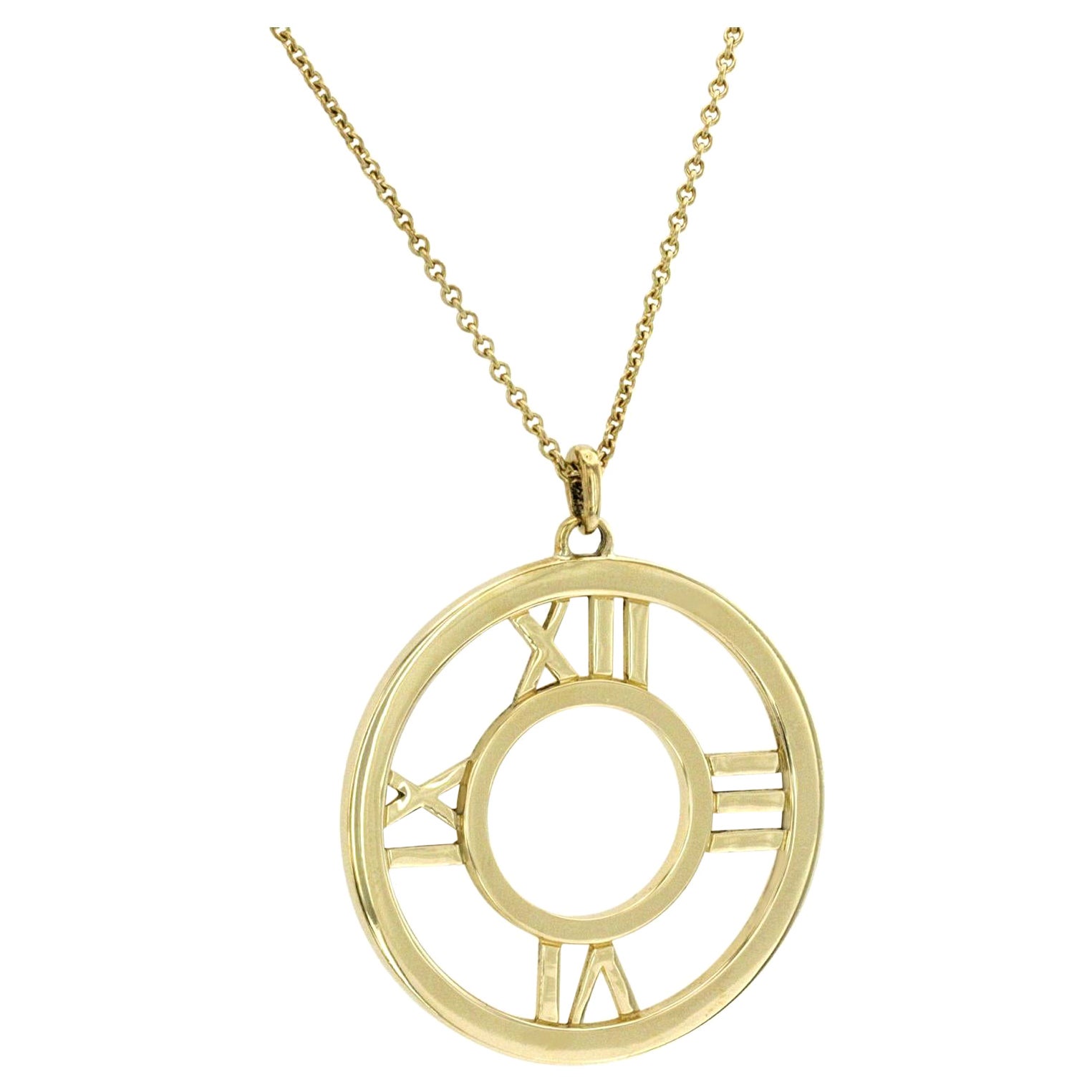 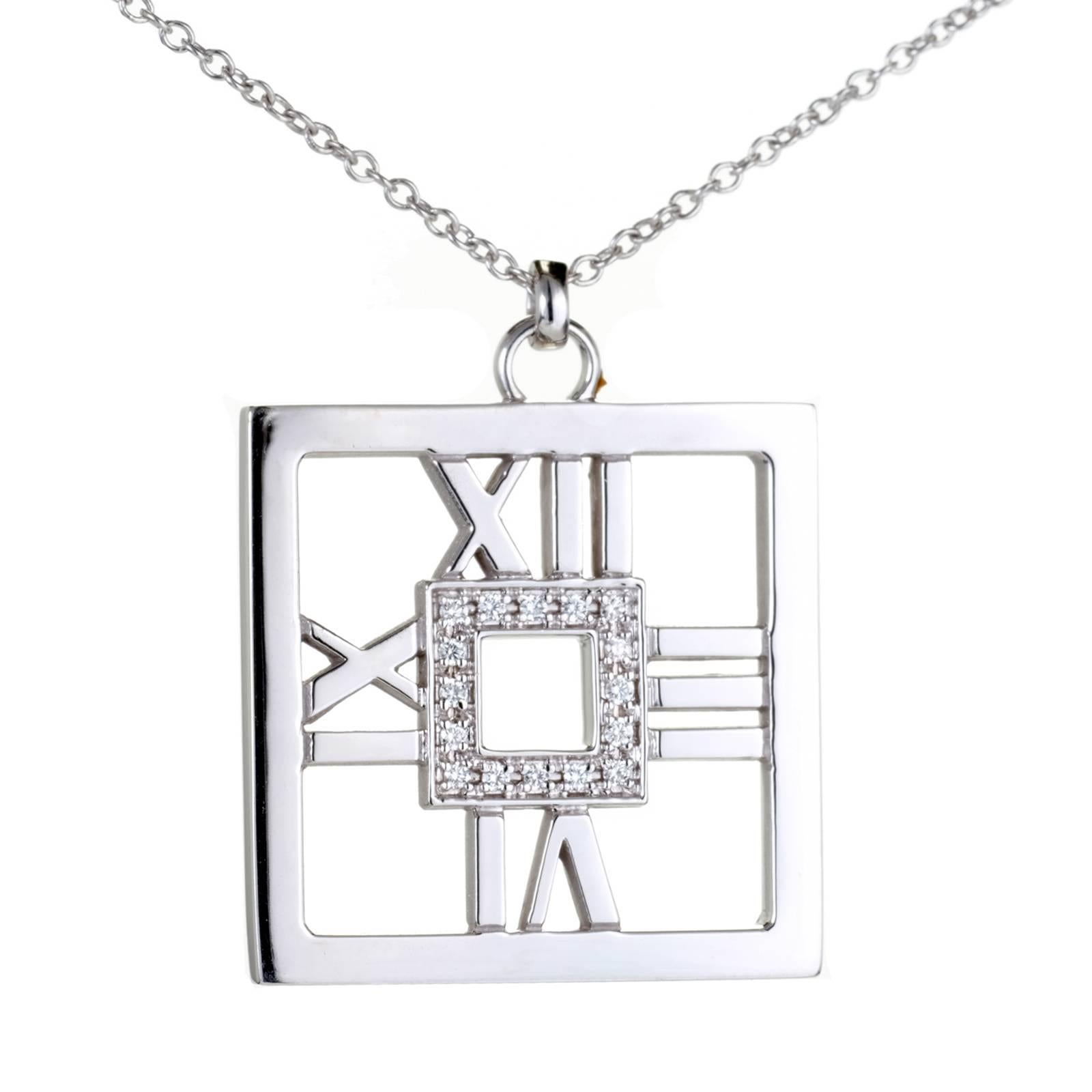 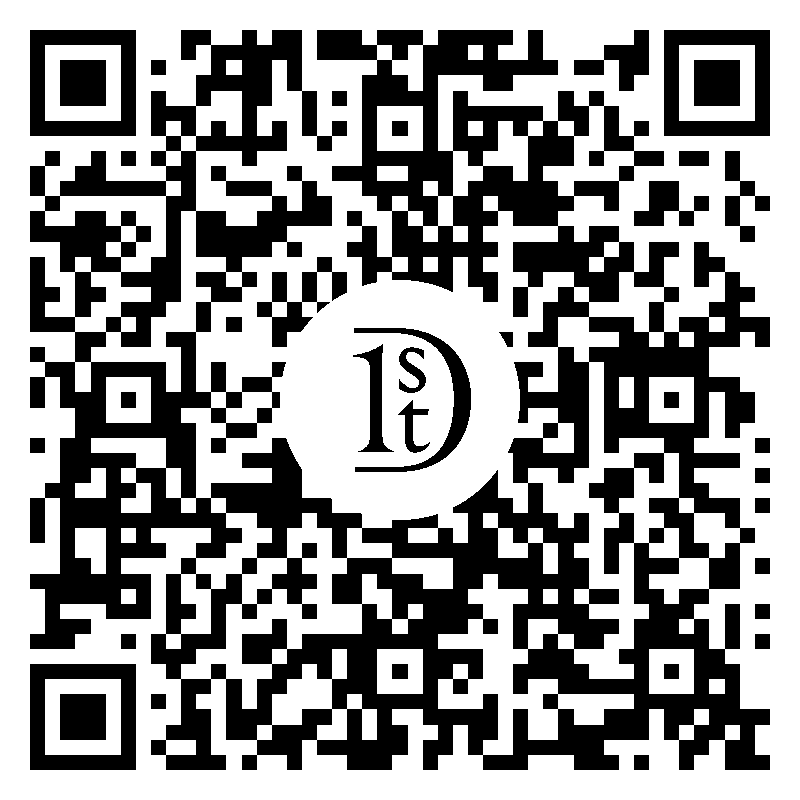 Designed by Tiffany & Co.
A timeless evocation of a New York icon, the modern Atlas Open pendant from Tiffany & Co. is inspired by the Atlas clock, which has long graced the facade of the celebrated luxury jewelry house’s New York City headquarters. In 1853, sculptor Henry Frederick Metzler was commissioned to carve the nine-foot bronze-coated wood sculpture of Atlas, the Greek titan, holding a clock atop his shoulders. According to company lore, the phrase “a New York minute” originated when local residents began syncing their pocket watches to Tiffany’s public timepiece, one of the city’s first clocks and considered the most accurate in Manhattan. As the store moved uptown to Union Square and then to Fifth Avenue, so, too, did the Atlas clock, and it’s now as widely associated with the internationally renowned brand as the legendary “Tiffany blue” is. In 1983, Tiffany design director emeritus John Loring (b. 1939) introduced the Atlas watch — and following its phenomenal success, the Atlas collection debuted in 1995. Incorporating the Roman numerals that adorn the Atlas clock, the new line, which also featured housewares alongside the Atlas Open pendant, rings and more, presented an entrée into the luxury brand by way of more casual, day-to-day designs in tune with fashion’s movement toward less formal styles. The collection’s addition of sterling-silver jewelry was entirely modern. Previously considered unworthy of high design, silver was rendered appealing through the work of marquee Tiffany designers such as Elsa Peretti and Paloma Picasso. Tiffany & Co.’s Atlas Open pendant — now also available in different sizes and metals and featuring diamonds — references the famed sculpture’s graphic Roman numerals in bold cutouts along its curved rim. It is an example of the house’s continuity of good design. 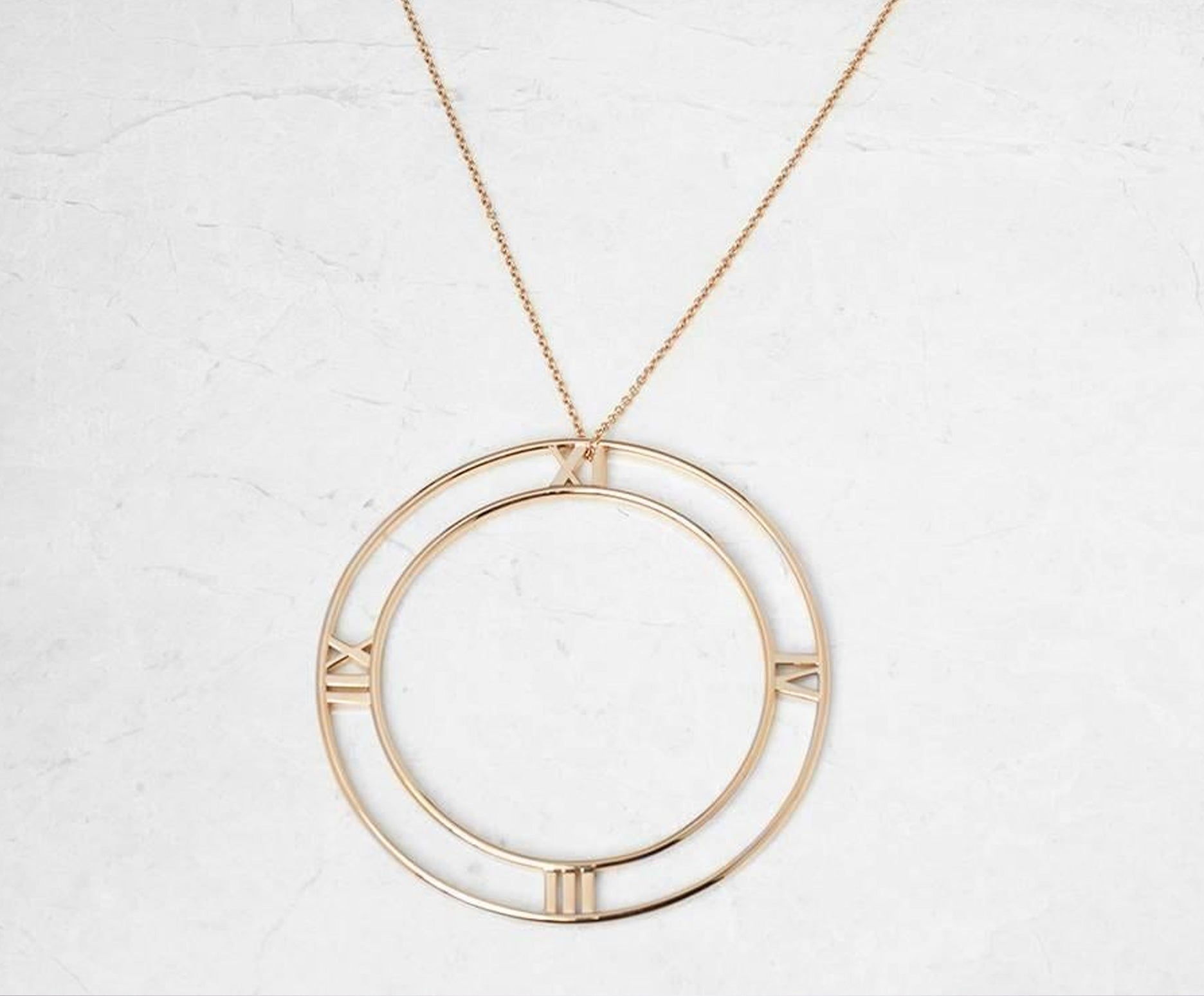 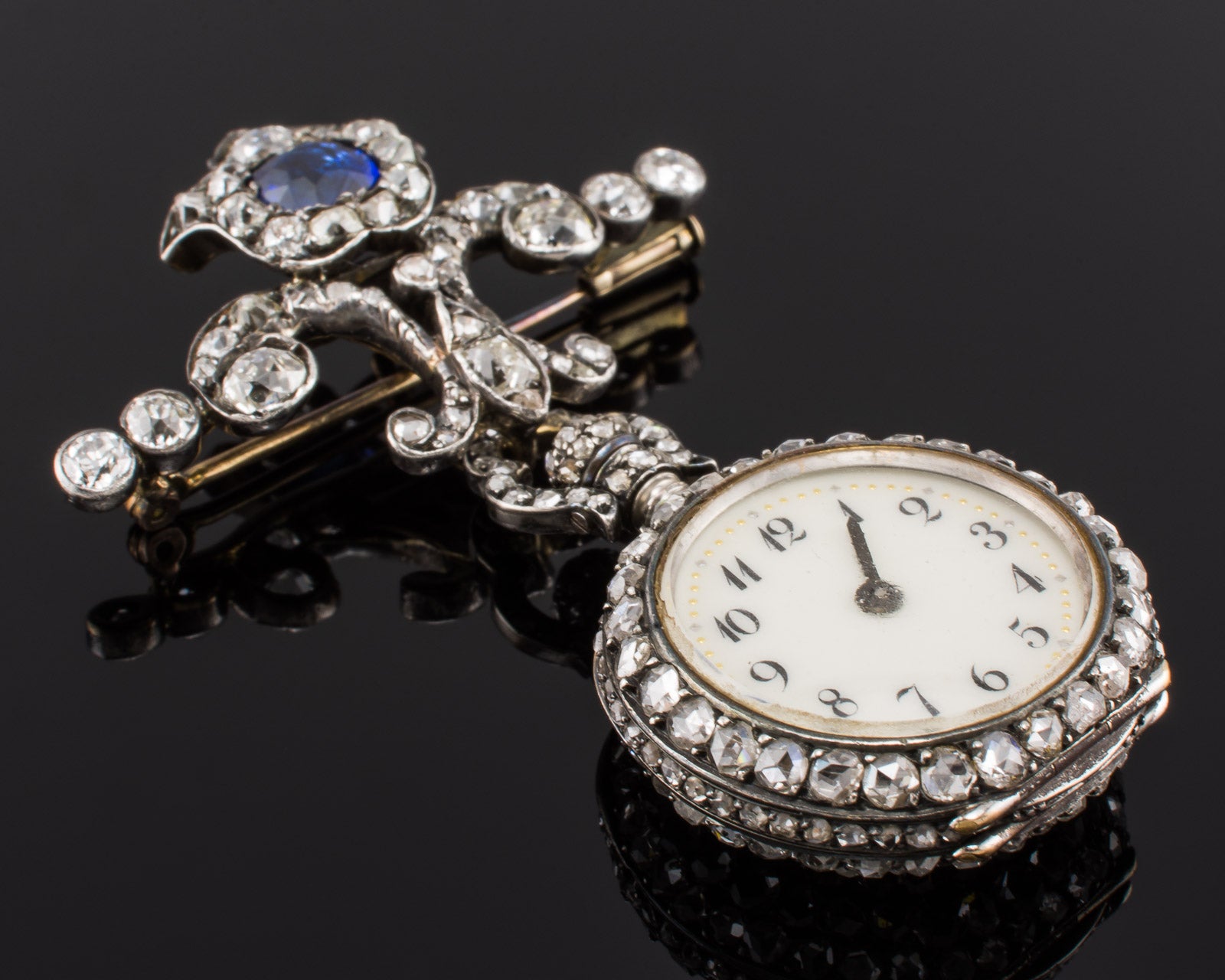 About the Seller
5 / 5
Located in Boca Raton, FL
Vetted Seller
These experienced sellers undergo a comprehensive evaluation by our team of in-house experts.
Established in 1980
1stDibs seller since 2018
72 sales on 1stDibs
Typical response time: 3 hours
More From This Seller

$1,950
Tiffany & Co. Atlas Diamond 18K White Gold Roman Numeral Pendant Necklace
By Tiffany & Co.
Located in Dubai, Al Qouz 2
The Atlas collection by Tiffany & Co. was introduced in the year 1995 and it stands to embody the strength of this timeless brand. This necklace is from that collection and it is so ...
Category