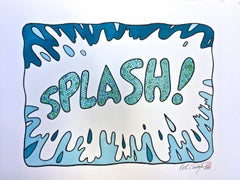 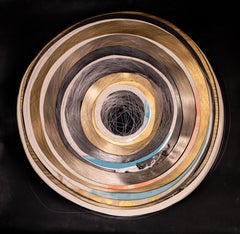 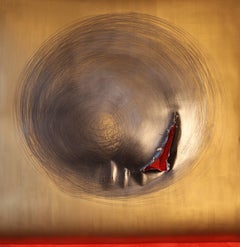 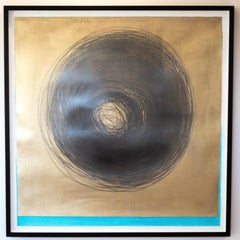 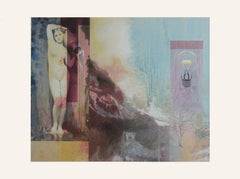 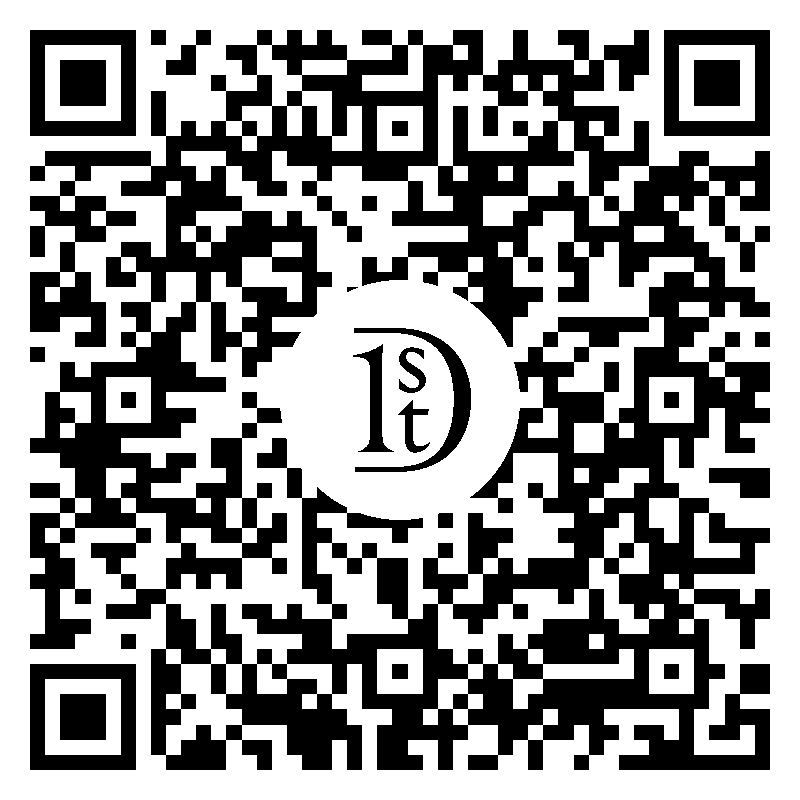 Andy Warhol Unique Watercolor & Offset Lithograph with Gold Foil Applique, Professionally Custom Framed and listed with the Submit Best Offer option Accepting Offers Now: Up for sale here we have an Extremely Rare, Hand Colored Lithograph by Andy Warhol titled, "Wild Raspberries: Waterzoie for Cecil Benton (F&S.IV.131)" from his illustrated recipes for the Mythical Beau Monde restaurant. Additionally, the piece has been elaborately framed, as shown, in a custom gold finished moulding to enhance the spectacular imagery of this artwork. Furthermore, with only 100 unique copies of the coveted cookbook, which Sold Out almost immediately after it was published in 1959, it is now nearly impossible to find. Therefore, our offering might be your last opportunity to purchase this watercolor and offset lithograph with gold foil appplique, especially for thousands less than the current retail price. Yet, we have listed it with the Submit Best Offer Option, so name your own price now. At this incredible value, it won't be around long and you do not want to miss out on this authentic work, by the Master of Pop Art, Andy Warhol. The first person to meet our bottom line shall be the lucky new owner. ANDY WARHOL: 1928-1987 Andy Warhol was born Andrew Warhola in Pittsburgh, Pennsylvania, in 1928. In 1945 he entered the Carnegie Institute of Technology (now Carnegie Mellon University). Upon graduation, Warhol moved to New York where he found steady work as a commercial artist working for several magazines including Vogue, Harper's Bazaar and The New Yorker. The 1960s was an extremely prolific decade for Andy. He created many paintings that remain icons of 20th-century art, such as the Campbell's Soup Cans, Disasters and Marilyns. At the start of the 1970s Andy Warhol began publishing Interview magazine and renewed his focus on painting. Works created in this decade include Maos, Skulls, Hammer and Sickles, Torsos and Shadows and many commissioned portraits. Firmly established as a major 20th-century artist and international celebrity, Andy Warhol exhibited his work extensively in museums and galleries around the world SUBMIT OFFER OPTION, ALL OFFERS CONSIDERED: The artwork listed here is a spectacular and high quality Unique Watercolor Painting & Offset Lithograph with Gold Foil Applique, titled "Wild Raspberries: Waterzoie for Cecil Benton" by famous Modern Artist Andy Warhol. It is from one of his best, rarest, and most desirable series he created, as he used his daring vision and genius to develop sarcastic renderings of French recipes. This piece comes with a Gallery certificate of authenticity and is referenced by Feldman & Schellmann as #IV.131. Also the piece is of impressive craftsmanship and size, archival matted to approximately 16.75" x 10.25" and has been elegantly custom framed to compliment the piece, with the dimensions approximately 26" x 20". This piece looks even better in person where the vivid color and imagery, that is suitable for any decor, comes to life in a grand display of Pop Art. Andy Warhol's art has been exhibited in major museums around the world, and is found in some of the most prestigious public and private collections worldwide. Here is your chance to own an Authentic artwork too as it will be custom packaged to ship domestically or internationally. Thus please contact us if you have further questions and DO NOT FORGET TO SUBMIT THOSE OFFERS. This item is likely to sell before the listing ends.