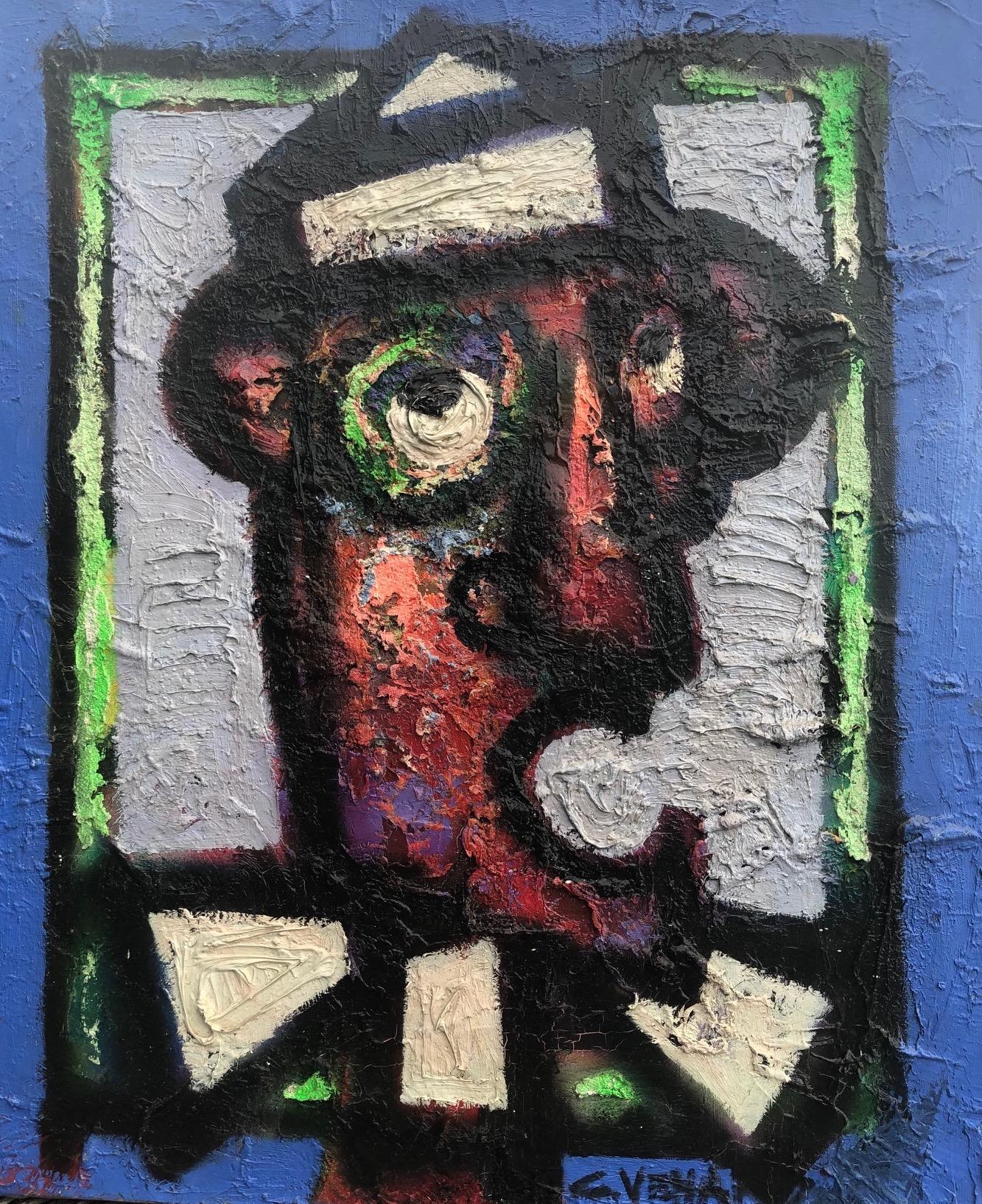 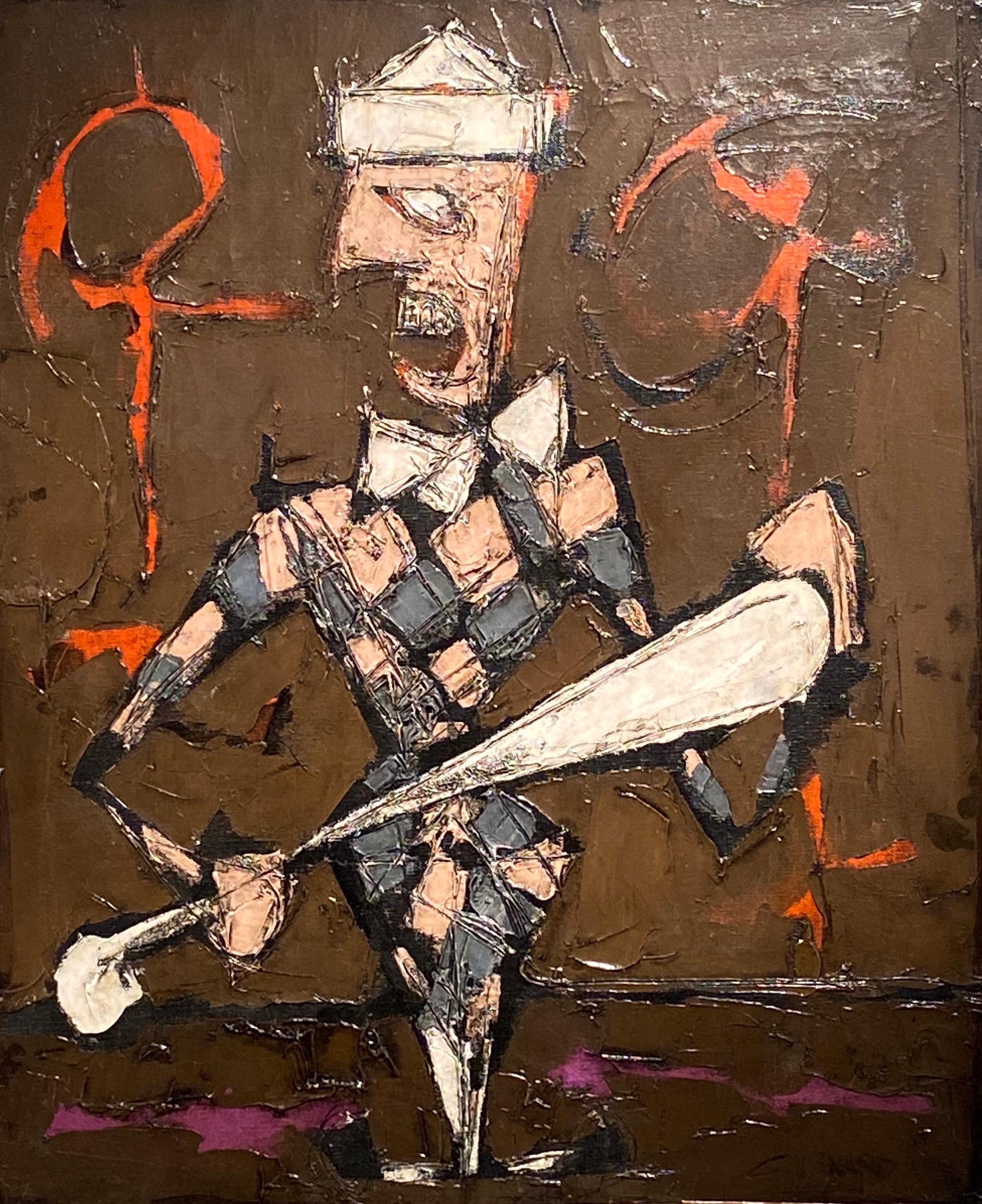 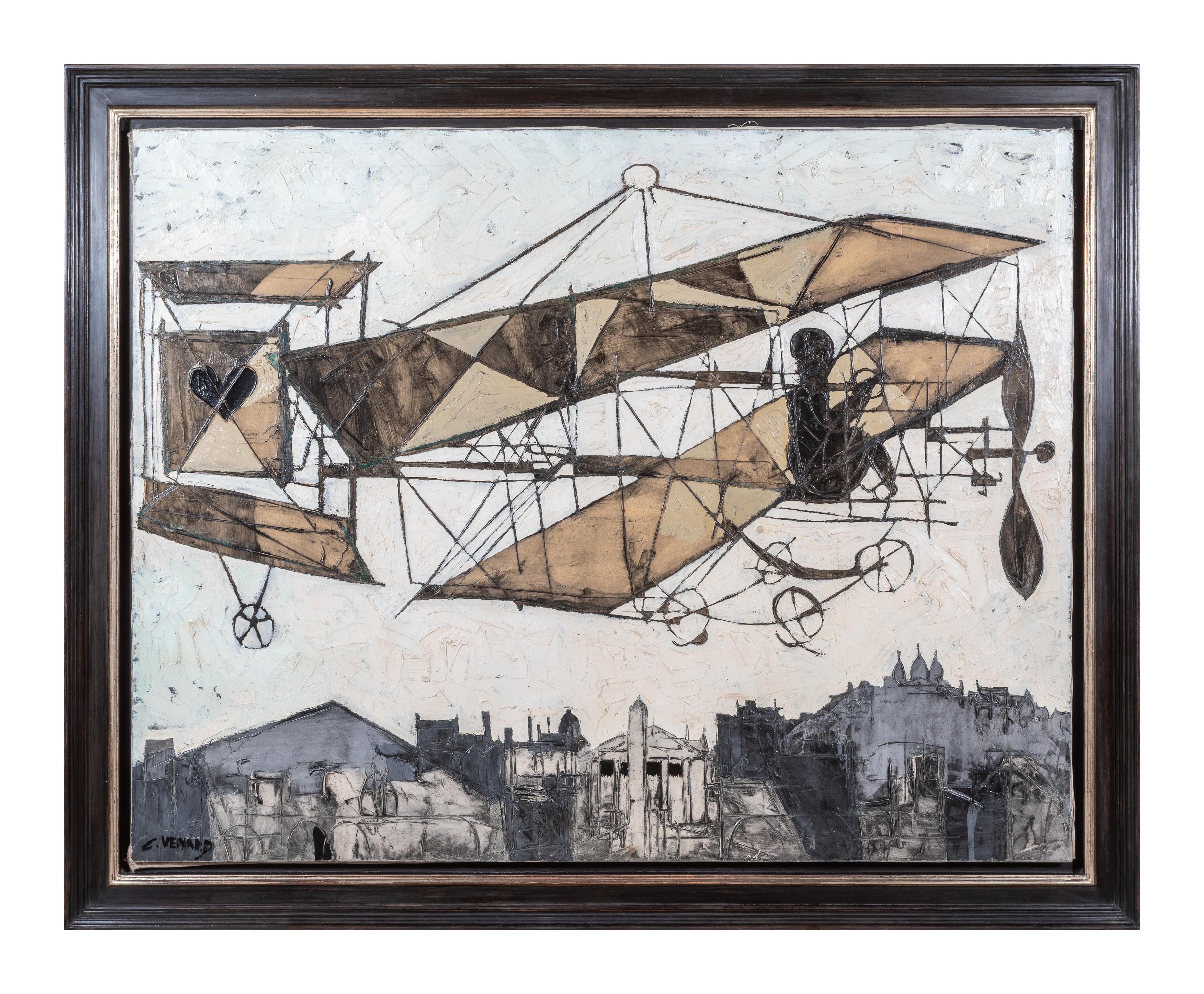 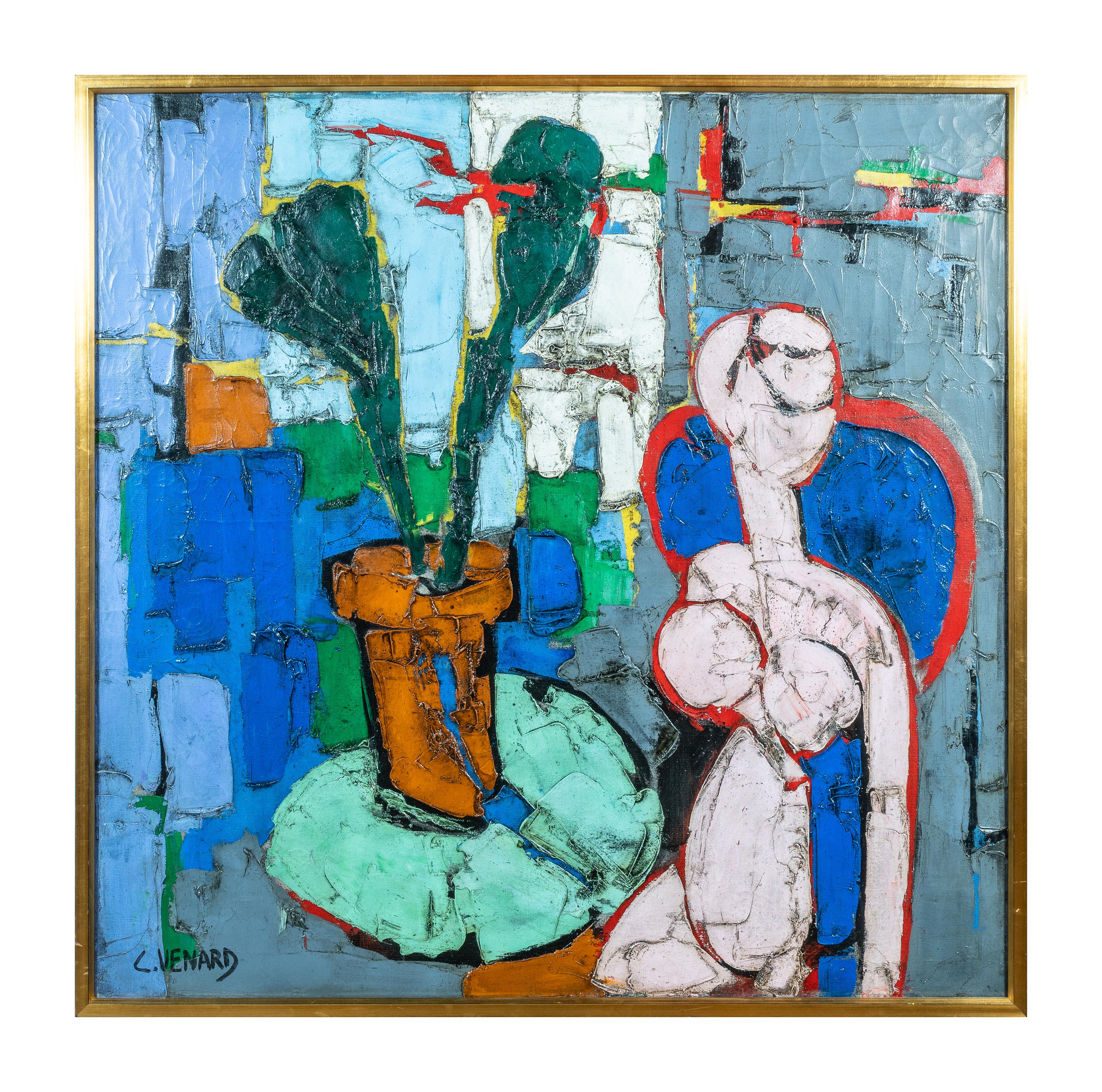 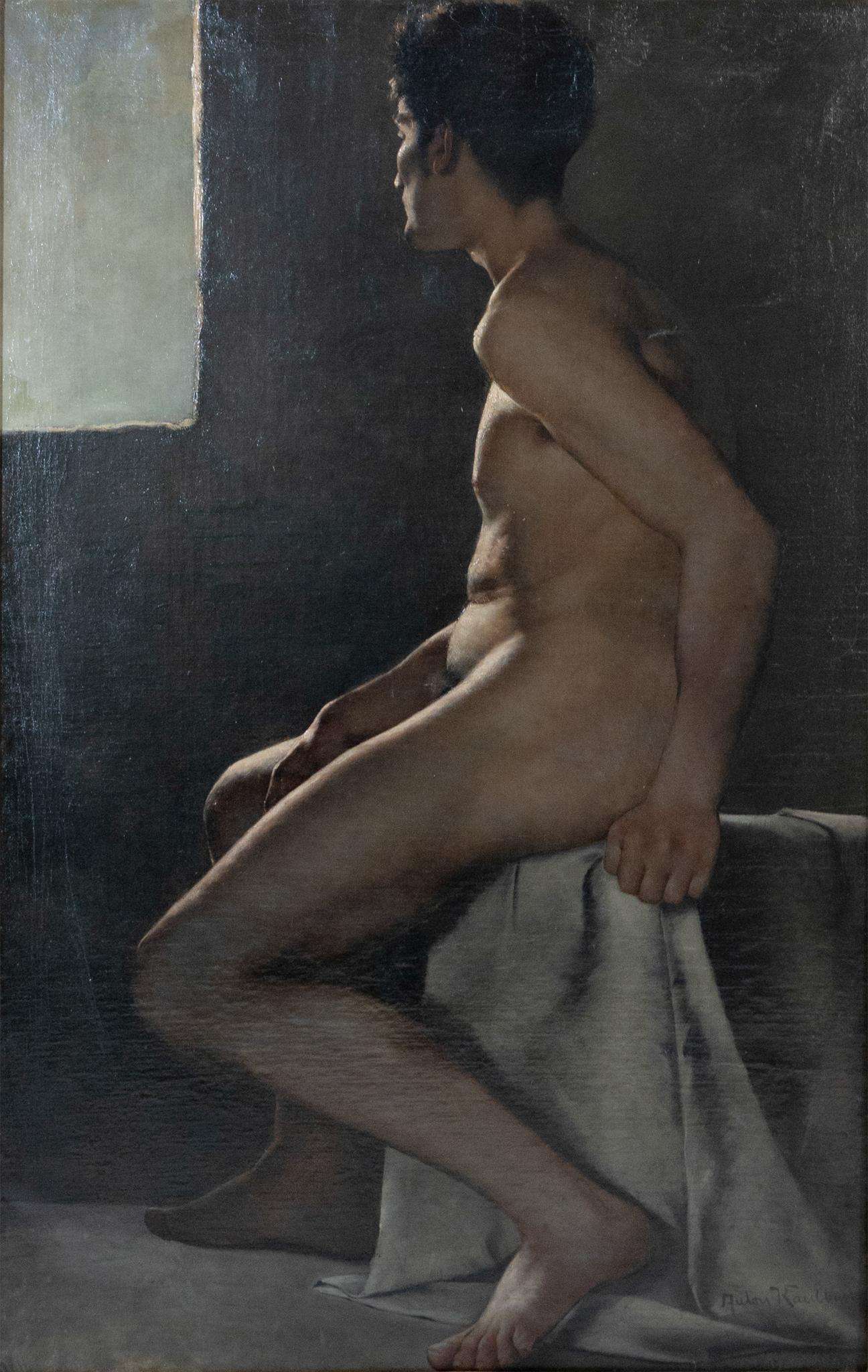 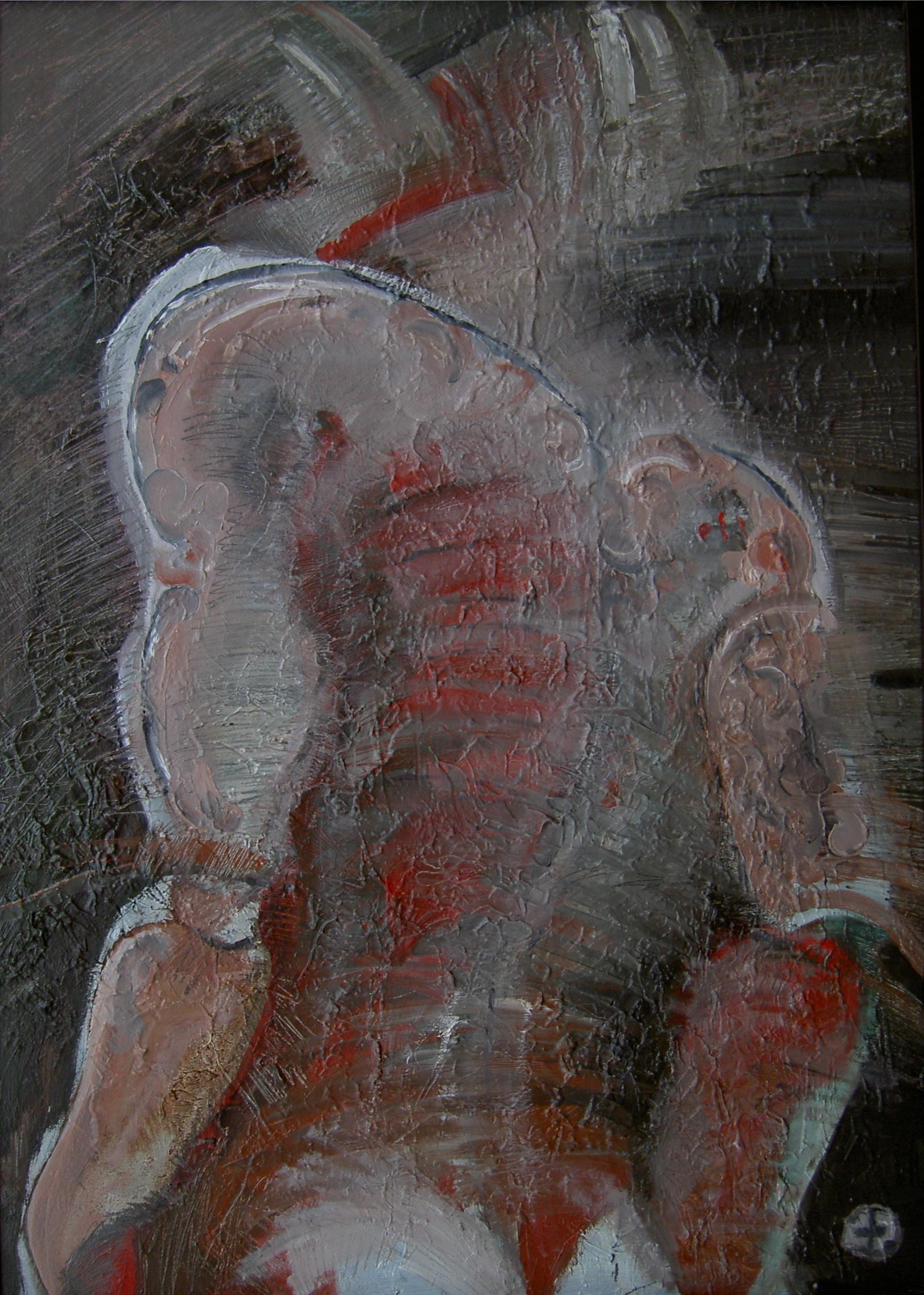 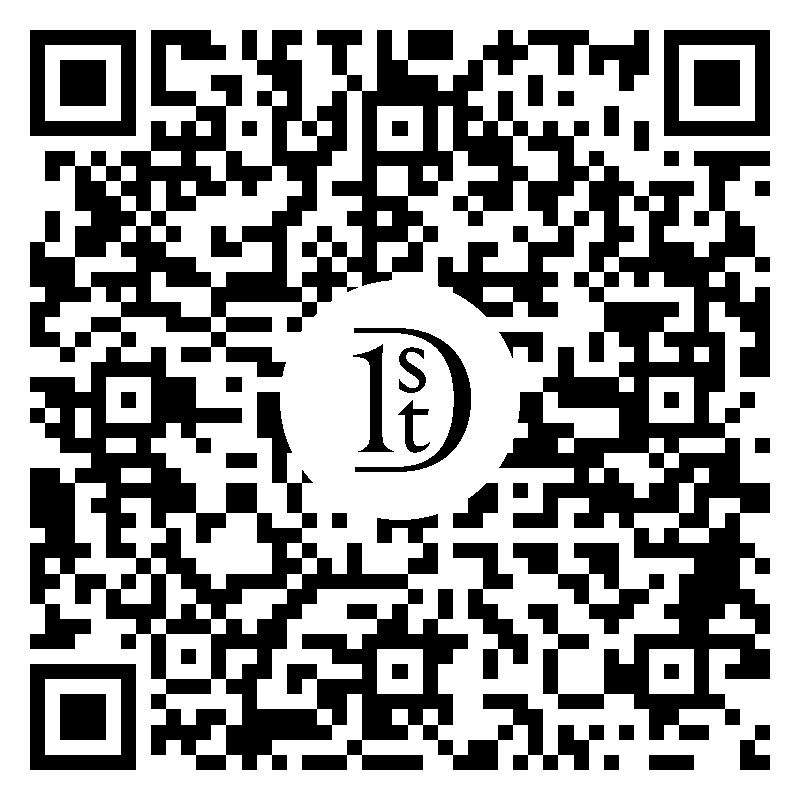 This dark majestic blue colour palette makes for a composition that is rich and visually appealing. The geometric shapes combined with the colour palette make this work incredibly energetic, exciting and typical of his post-Cubist style. The thick impasto in ‘The Bather’ adds to an unusually organic atmosphere to the work, created by the thick layering of the oil paint that Venard then scratched into with a paintbrush. Beginning his career at La Louvre, Venard cultivated an ever-changing aesthetic, as he experimented over the years. He was a visionary, creating his own artistic path. In 1945, through his continued friendship with Gruber and Marchand, Venard shared mutual success. 'The Bather' by Claude Venard. 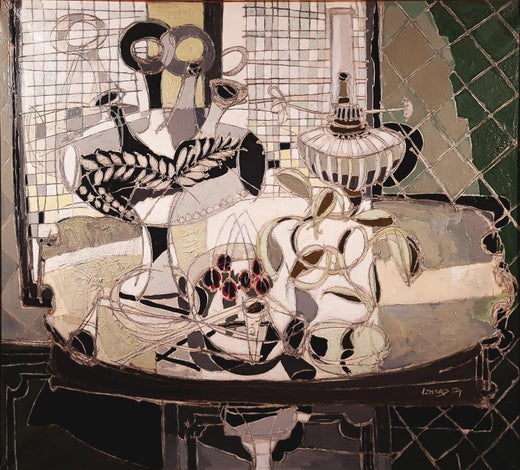 Claude Vénard has a distinct style — it’s post-Cubist in its composition and he progressively accentuated the chromaticism of his palette up to reaching the crudest of colors, which he used in very thick forms and sometimes applied with a pallet knife.

Vénard was born in France in 1913 and, dedicating himself fully to making paintings at the age of 17, he studied at the École des Arts Appliqués for six years, having fled the Académie des Beaux-Arts after just 48 hours. In 1938 he signed the Rupture manifesto and participated in the first exhibition of the influential group Forces Nouvelles, alongside Francis Gruber and Pierre Tal-Coat at the Galerie Billiet-Vorms. A close affinity subsequently developed among these painters and together they were instrumental in forging the aesthetic of the immediate postwar period of the Ecole de Paris.

Vénard quickly became known for his rich impasto and varying texture. He received critical acclaim and was personally championed by Andre Salmon and Waldemar George, who described his painting as “Apocalyptic art! Beings and everyday things suddenly regain their meaning. Emotional values are once more felt.”

Vénard’s distinct and alluring compositions developed through a post-Cubist system that oscillates between abstraction and naturalism. He opens up perspectives projecting spatial vistas into every part of the canvas, in accordance with an emotional rather than a physical order. Familiar objects arise in the midst of a network of striations and hatching. Colors grow more intense in certain zones to stress the solidity of the composition; in other zones the light is more tenuous and diaphanous, as if to indicate space of different emotional intensity.

(Biography provided by Gallery of the Masters)

About the Seller
5.0
Located in Shrewsbury, United Kingdom
Vetted Seller
These experienced sellers undergo a comprehensive evaluation by our team of in-house experts.
Established in 1983
1stDibs seller since 2015
99 sales on 1stDibs
Typical response time: 7 hours
Associations
LAPADA - The Association of Arts & Antiques DealersThe British Antique Dealers' AssociationThe Antiques Council
More From This SellerView All
You May Also Like