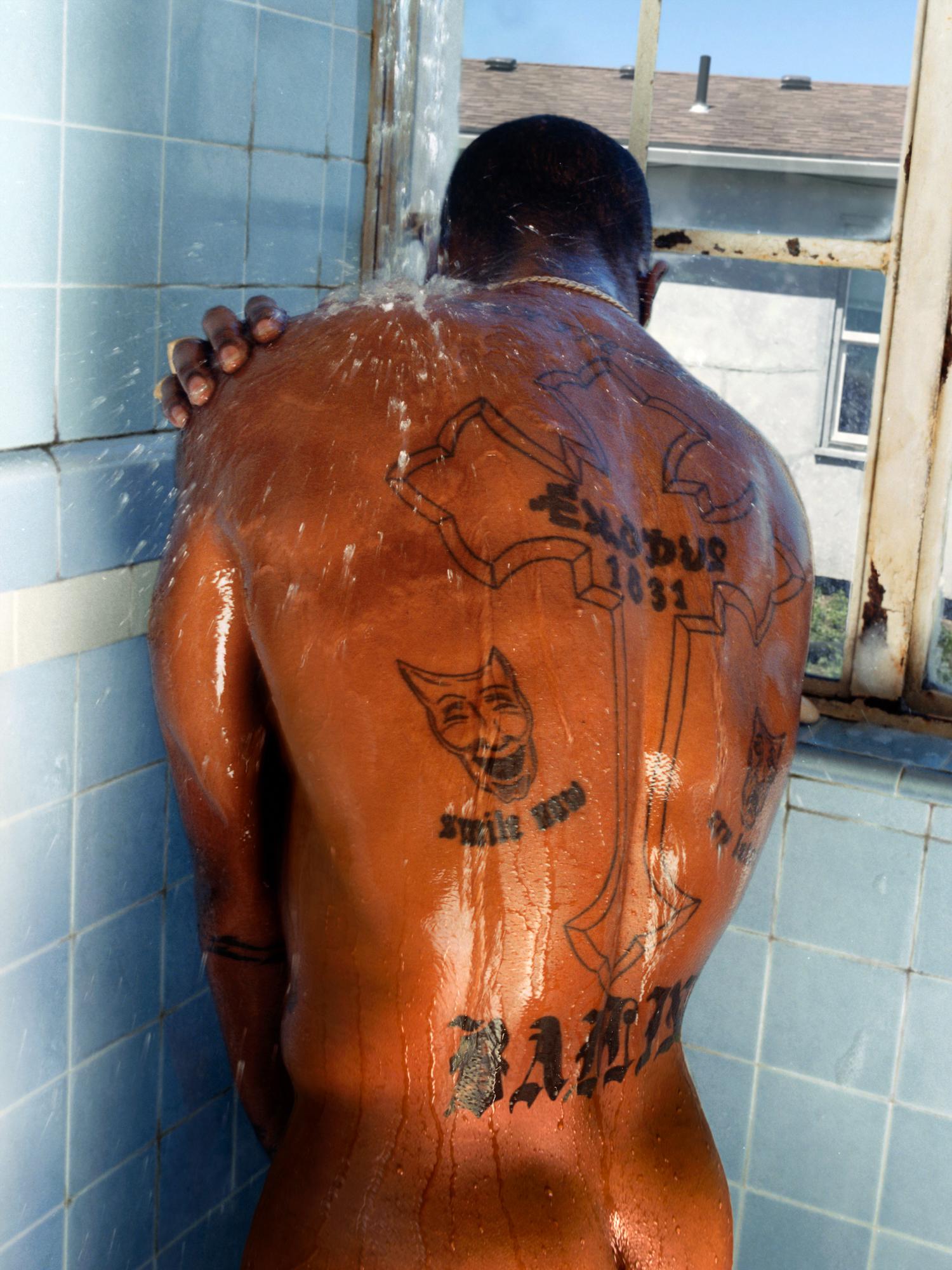 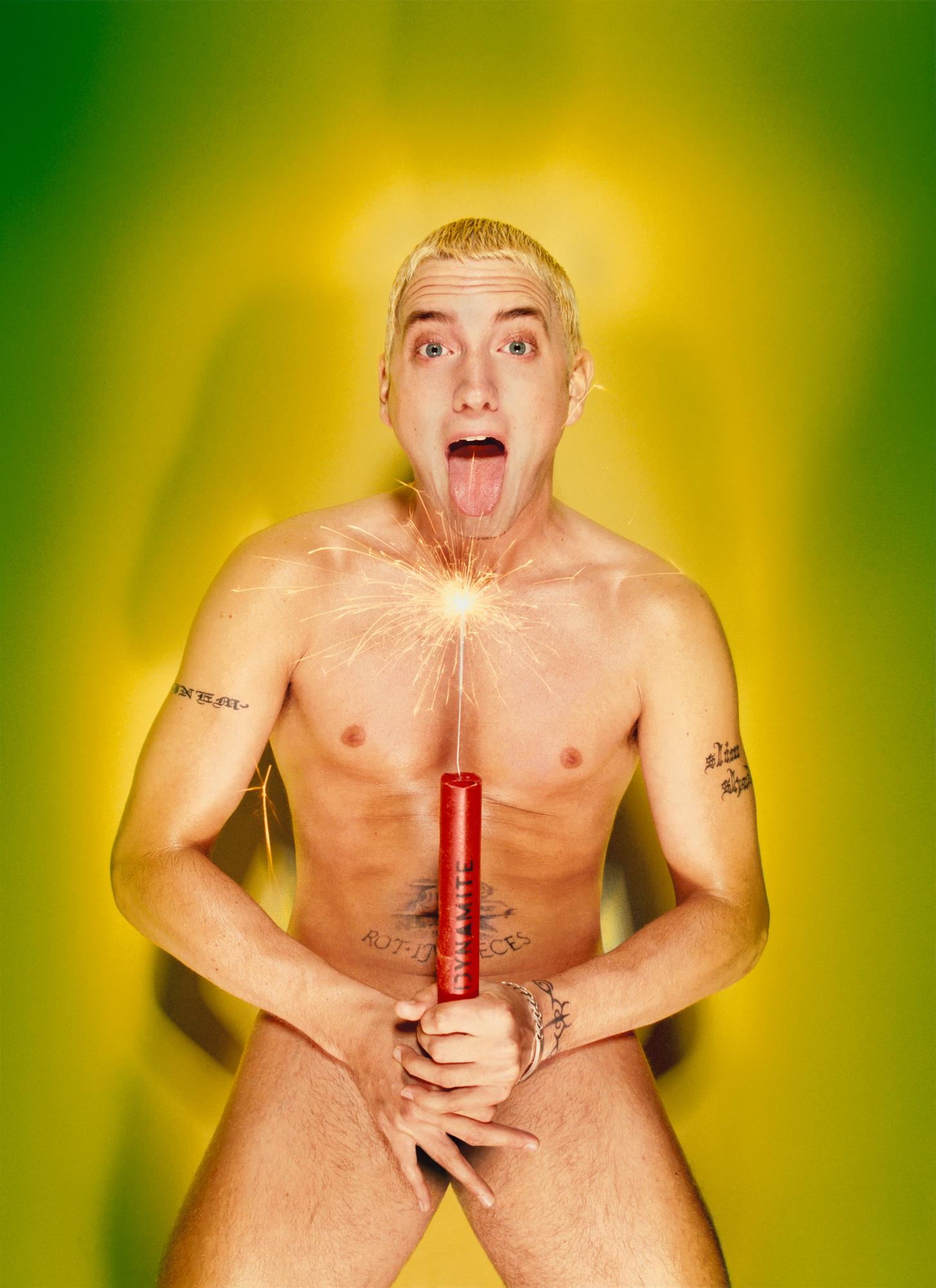 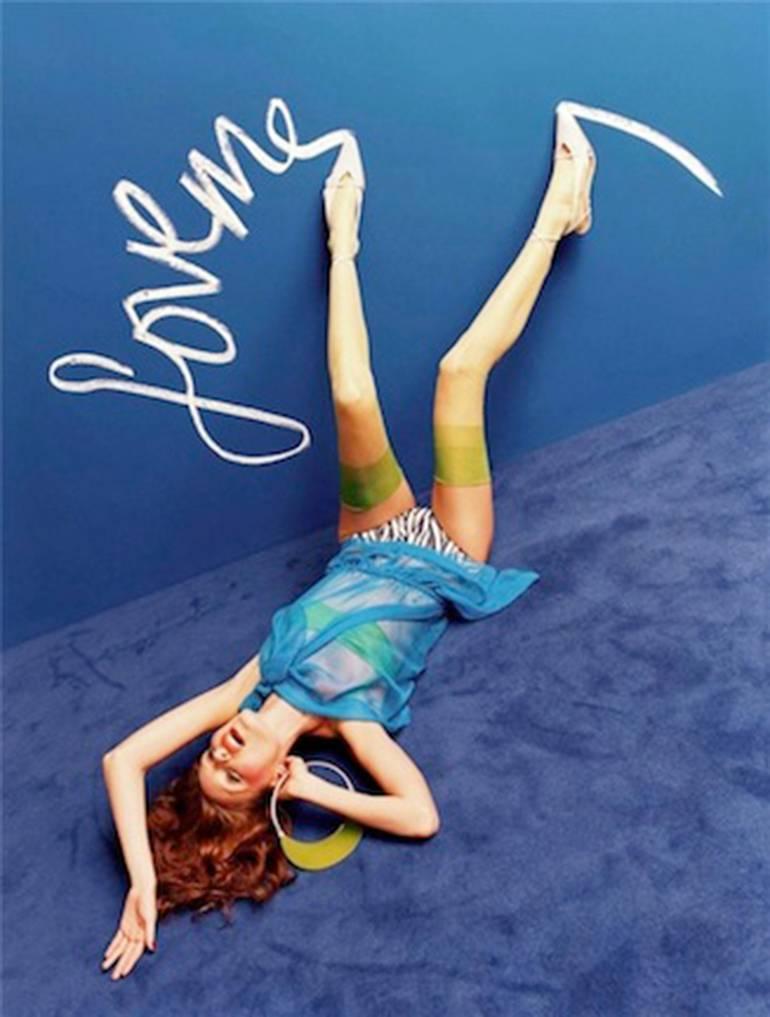 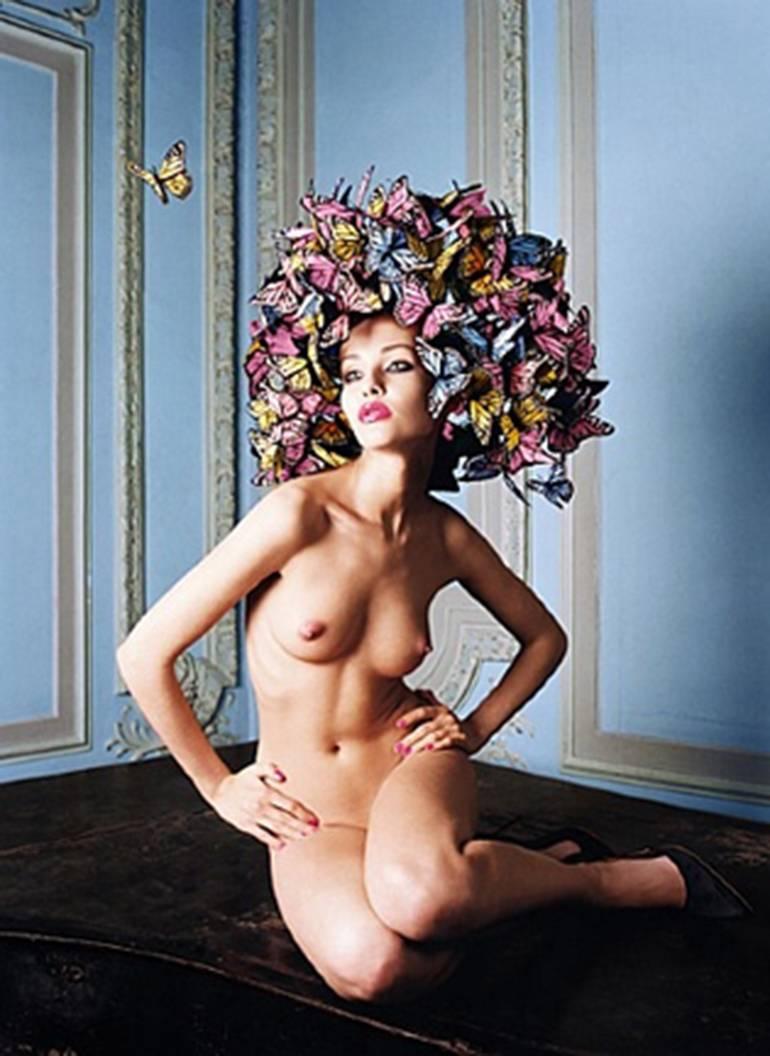 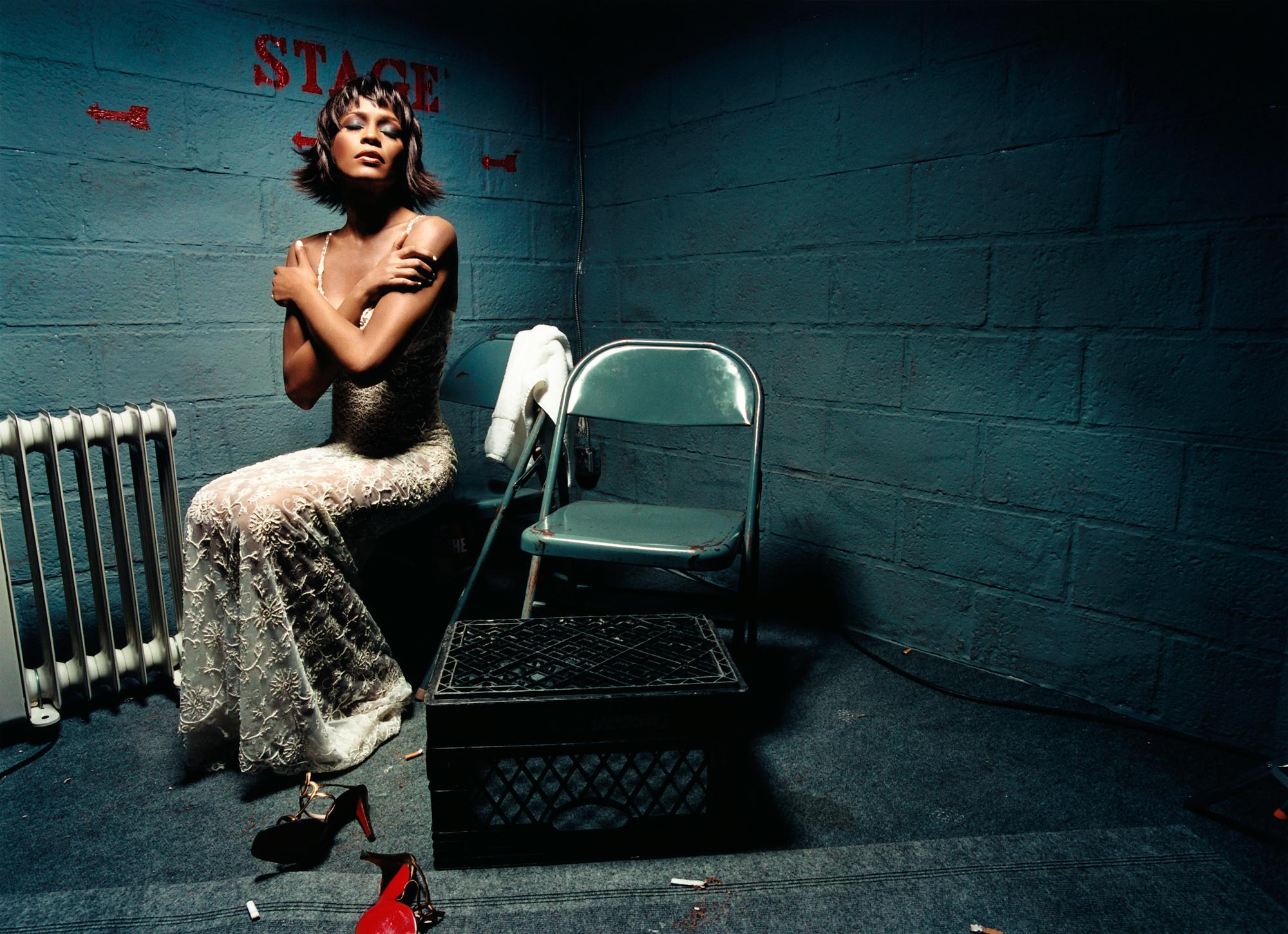 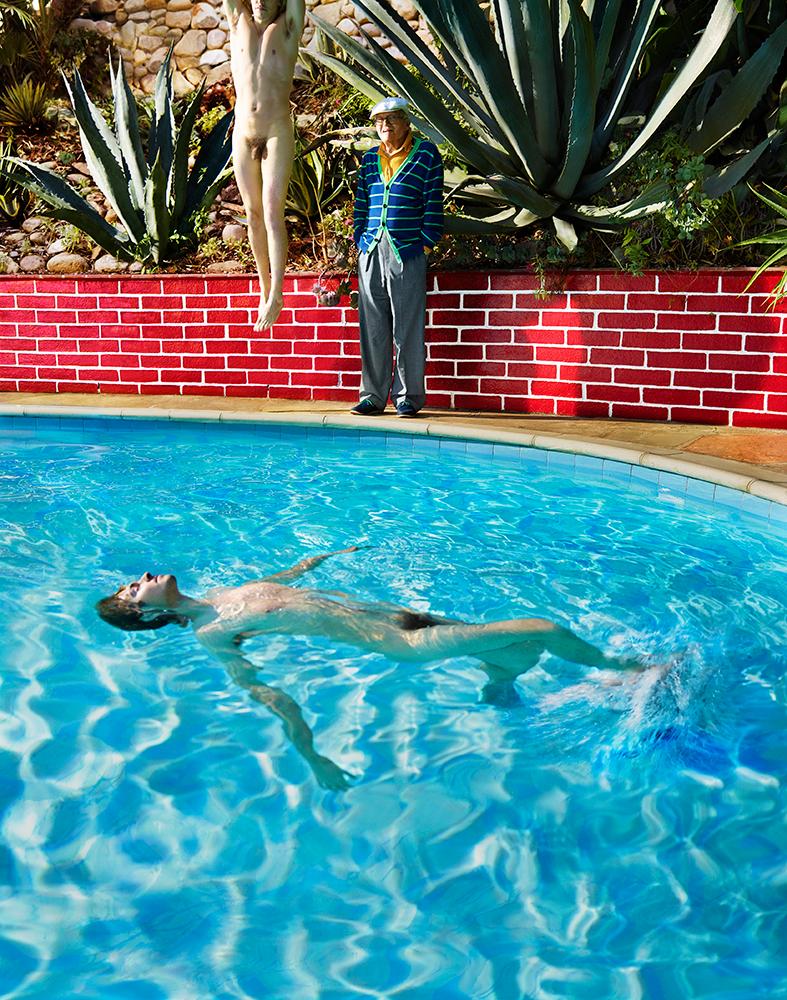 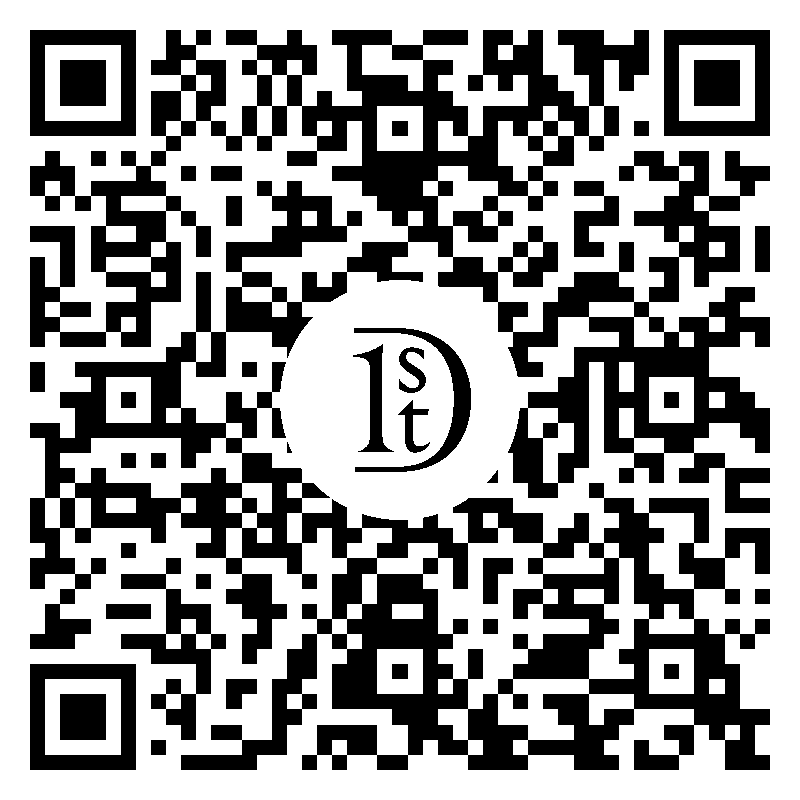 Availability is subject to change without notice. 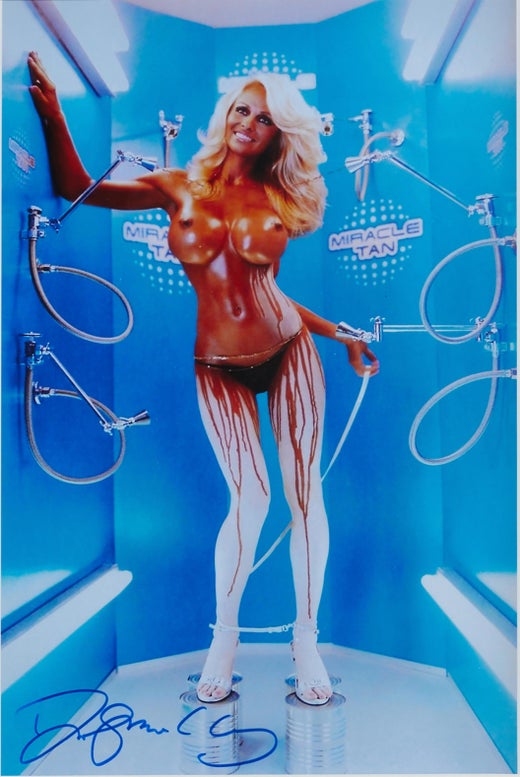 David LaChapelle's highly polished, saturated and intricately composed photographs possess the surreal wildness of fever dreams, concocted as they are out of the imagery of celebrity, eroticism and modern Americana, and spiked with religious allegory and forebodings of doom.

Such work has made him among the most influential art and celebrity photographers of his generation. You might say LaChapelle sprung straight from the head of Andy Warhol, whose campy silkscreen fusions of the glamorous, the transgressive and the everyday forever changed contemporary art.

Like so many young gay artists who came out of the 1980s downtown New York scene, LaChapelle’s escapist visions arose out of a lonely, bullied adolescence. Although born in Connecticut, the photographer spent his early childhood in North Carolina, the youngest of three children. Later, when LaChapelle was in his early teens, his family moved back to suburban Connecticut, but his cowboy costumes and gender-bending ways did not earn LaChapelle friends among his new preppy classmates.

By high school, LaChapelle felt terrorized and suicidal. He fled to New York, where his good looks got him a job bussing tables at Studio 54. It was there that he reputedly first met Warhol, who had been his favorite artist since he first gazed upon a Gold Marilyn, while on a fourth-grade field trip to a museum. His parents eventually retrieved him from New York, and, sympathizing with his plight, sent him off to the North Carolina School of the Arts. Despite a more embracing atmosphere, he didn’t stay long. A sojourn in London followed. When he returned to New York, around 1983, the punk-inflected downtown culture was churning out gritty new art. Keith Haring’s gay-themed Pop-art graffiti was in everybody’s face, and Robert Mapplethorpe’s S&M photos were on gallery walls.

Having scored a show of his black-and-white photography — already vaguely campy and transfiguration-obsessed — at New York’s then-fledgling 303 Gallery in 1984, LaChapelle attracted the interest of Interview magazine. Warhol was then at the zenith of his influence in both the art world and the downtown scene. Recognizing LaChapelle’s potential as an eye-catching celebrity photographer, he put him on staff, providing him with the creative milieu where his distinctive talent might develop.

There were editorial assignments for i-D, The Face and later for Vanity Fair, Vogue Paris and Rolling Stone. He also made excursions into advertising. One of his most talked about campaigns was a provocative print ad for Diesel jeans inspired by the famous photograph of the V-J kiss in Times Square, but this time showing Tom of Finland–type sailors in passionate embrace.

After being without an editorial home for several years, LaChapelle finally found a base at Details, where he was again encouraged to let his freak flag fly. So arresting were his images that it wasn’t long before “the Fellini of photography,” as New York magazine dubbed him in 1996, was again working for Interview. One of his most emblematic pictures from this era was a Lil’ Kim cover for that magazine, featuring the rapper’s nude body emblazoned with Louis Vuitton insignia (one of the most famous logos in luxury fashion).

Such visually zany, socially astute portraits prompted Richard Avedon to liken LaChapelle to a photographic Magritte, while also winning him invitations to direct music videos for such talents as Christina Aguilera, Moby and Amy Winehouse.

Price Upon Request
Vintage Beach Scene, 1987
By David LaChapelle
Located in Bal Harbour, FL
Please excuse the glare on the glass. Rare, early, signed and dated (verso) 1987 vintage silver gelatin print. this is one of a kind and not editioned according to correspondence I h...
Category

$5,500
Vintage Untitled Beach Scene, 1987
By David LaChapelle
Located in Bal Harbour, FL
Please ignore the glare on the glass. Rare, early, signed and dated (verso) 1987 vintage silver gelatin print. this is one of a kind and not editioned according to correspondence I h...
Category

$5,500
untitled beach scene, 1987
By David LaChapelle
Located in Bal Harbour, FL
Rare, early, signed and dated (verso) 1987 vintage silver gelatin print. this is one of a kind and not editioned according to correspondence I have from his studio. this is one of th...
Category