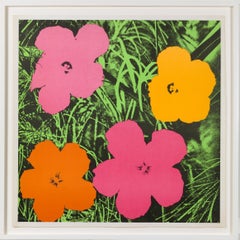 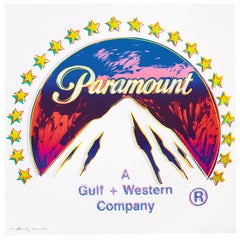 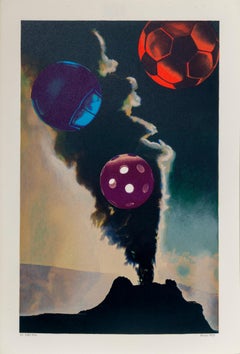 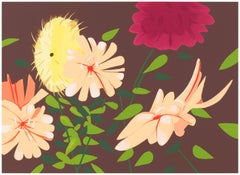 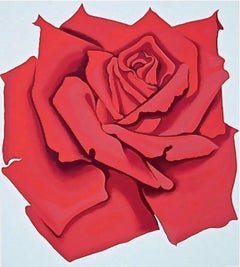 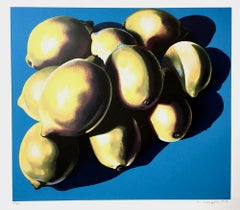 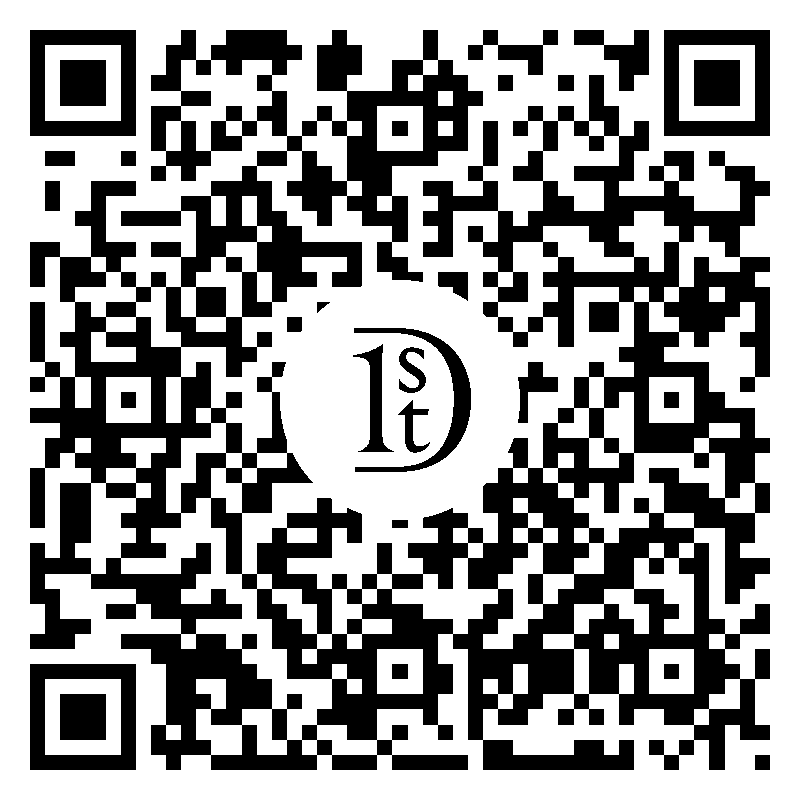 Artist: Andy Warhol (1928-1987) Title: Committee 2000 (Feldman & Schellmann II.289) Year: 1982 Edition: 2000, plus proofs Medium: Color silkscreen on Lenox Museum Board Size: 30 x 20 inches Condition: Excellent Inscription: Signed and numbered 867/2000 in pencil, lower right by the artist. Notes: Perhaps the finest example of this edition available, this is a superb impression with strong colors. Printed by Rupert Jasen Smith, New York, with the blind stamp lower left. Published by Committee 2000, Munich. Committee 2000 is an example of Warhol‘s modern take on the traditional still life genre. The brilliant blue, purple and vibrant hot pink coloring of the piece establishes an extraordinary composition. The highly saturated colors are minimal in this particular print and the exaggerated outlines of the subject matter imply a sense of movement. It is almost as if the glass had just tipped over with the other two perilously wobbling. The print evokes themes of glamour and excess that were so commonly associated with Warhol’s life at The Factory an Studio 54. The Committee 2000 commissioned Andy Warhol to create a piece that would be used for an upcoming fundraiser to raise money for future projects. While these types of paintings were most popular during the Renaissance, Warhol incorporates the same theme while applying a completely unique method to this genre of subject matter. The screenprint depicts champagne glasses, horns and confetti, which is divided by horizontal blocks of color. Whereas the traditional approach to the still life painting was to recreate a scene in a manner as realistic as possible, the geometric composition and repetitive demarcations are characteristic applications of Warhol’s version of the modern-day still life. ANDY WARHOL (1928-1987) Clearly the most important and influential artist of the past quarter century, Andy Warhol, the master of Pop Art, maintained a level of creativity which is legendary. Warhol adapted the commercial process of silk-screening to the world of fine art, creating masterpieces such as Marilyn Monroe, Ads and Myths, which became some of his most famous images. Throughout his life Warhol was regarded as the art-world's greatest celebrity. ABOUT SELLER DO YOU HAVE ARTWORK TO SELL? WE ARE ACTIVELY SEEKING CONSIGNMENTS AND EXCEPTIONAL OBJECTS TO PURCHASE OUTRIGHT! Art Commerce, formerly F. Daniello Fine Art, was founded in 2002 and is based in Fairfield, Connecticut. As a purveyor of masterworks of the 20th and 21st centuries, our consultancy serves the Greater New York Area and has frequently acted as an internal supplier to its leading galleries and auction houses including Christie’s, Sotheby’s, Bonham’s & Butterfield’s, and Phillips de Pury. The experienced staff of Art Commerce has proudly served in the development of private and public collections throughout the United States and the world including the Smithsonian Institution, Library of Congress, the Board Of Governors of the Federal Reserve System, the Museum of Fine Arts Boston, the Detroit Institute of Arts, the Los Angeles County Museum of Art, the National Hellenic Museum, the National Czech & Slovak Museum, and the National Museum of Women in the Arts, amongst others. Art Commerce welcome’s all inquires including those from prospective buyers, sellers, and consignors of exceptional objects.

New to 1stdibs
Joined in the past six months.
4.8 / 5
Our team of world-class specialists approve every seller on 1stdibs.
This distinction is for experienced sellers who continually surpass customer expectations.
1stdibs seller since 2020
Typical response time: <1 hour
Located in Fairfield, CT