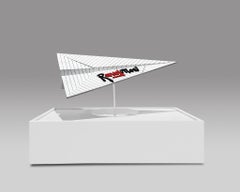 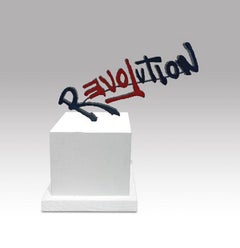 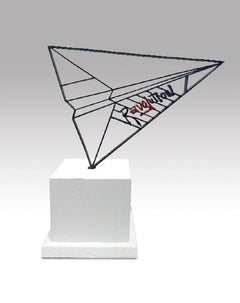 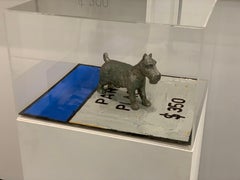 H 12 in. W 15 in. D 17 in.
Get Updated with New Arrivals
Save "Guy Stanley Philoche", and we’ll notify you when there are new listings in this category.

Find the exact guy stanley philoche you’re shopping for in the variety available on 1stDibs. There are many Contemporary, Pop Art and Abstract versions of these works for sale. On 1stDibs, the right guy stanley philoche is waiting for you and the choices span a range of colors that includes gray, beige, brown and orange. Frequently made by artists working in mixed media, canvas and fabric, these artworks are unique and have attracted attention over the years. A large guy stanley philoche can be an attractive addition to some spaces, while smaller examples are available — approximately spanning 12 high and 15 wide — and may be better suited to a more modest living area.

How Much is a Guy Stanley Philoche?

Contemporary artist Guy Stanley Philoche typically works in the Pop art vein, riffing on imagery from popular culture such as the “Peanuts” comic strip and “Looney Tunes” cartoons. His goal is to connect with the viewer in his paintings and other works however possible, be it through tactile, layered surfaces that engage the eye or memorable, playful details like money folded into the shape of butterflies.

Growing up in a family of sports fans, Philoche never felt he fit in. When other kids were outside, happily running and playing ball, he would be inside, drawing comic books and watching cartoons that he would mimic in his art. Philoche also stood out as a Haitian immigrant in his childhood home of Connecticut. He visited museums, including in nearby New York City, whenever he could and found solace in the work of Mark Rothko, Claude Monet, Vincent van Gogh and Jackson Pollock. He later took that painterly inspiration and combined it with the popular culture of his youth, from Monopoly games to Garfield comics. Nostalgia would later be key, with many paintings in Philoche's “Game Series” depicting the board games that would come out after dinner with his family on Sundays, like Candy Land and Risk.

After studying at Paier College of Art, Philoche attended Yale University. Then, with little more than a couple of bags, he moved to New York City, where he was inspired by the life in its streets and the way advertisements, graffiti and posters built up over time on its surfaces. He went to the galleries in Chelsea each week and worked tirelessly to create a network and share his art, which involves a dynamic mix of oil paint, acrylics, spray paint and sculpture. An early breakthrough was his “Untitled Series” featuring blocky fields of color inspired by Abstract Expressionism. Comedian Chris Rock is now a fan, among many others who are drawn to his vibrant work, and he regularly sells out shows.

Philoche now finds ways to give back to the art community that nurtured his 20-plus-year career. In 2020 and 2021, he made headlines for purchasing over $65,000 worth of art from more than 150 emerging and local artists to offer support during the Covid-19 pandemic. “I was looking just to make sure that people had groceries, people had diapers, people were able to pay half their rent,” he told People magazine, adding, “It was just my way to try and help out as much as possible.”