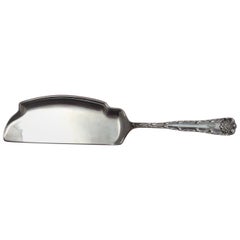 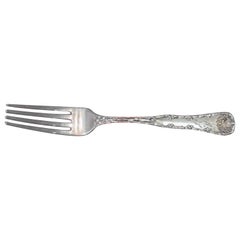 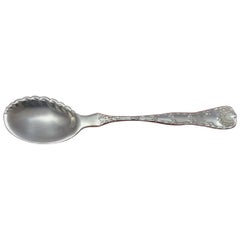 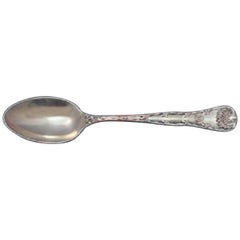 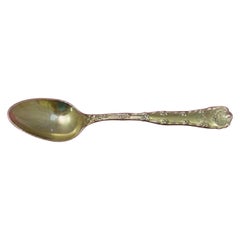 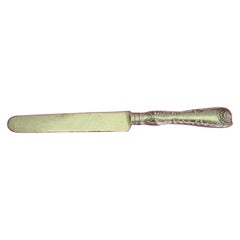 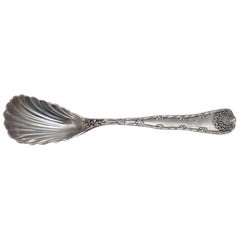 H 1 in. W 1 in. D 1 in.
Wave Edge by Tiffany & Co Sterling Silver Regular Knife
By Tiffany & Co.
Located in Big Bend, WI
Sterling silver hollow handle with stainless blade regular knife, 8 1/4" in the pattern wave edge by Tiffany & Co. It is not monogrammed and is in excellent condition. Satisfacti...
Category 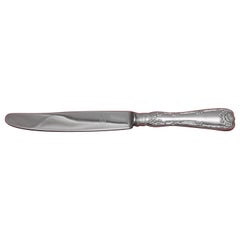 H 1 in. W 1 in. D 1 in.
Wave Edge by Tiffany & Co. Sterling Cheese Scoop Original
By Tiffany & Co.
Located in Big Bend, WI
Sterling silver cheese scoop original wide 7 1/4" in the pattern wave edge by Tiffany . It is not Monogrammed and is in excellent condition. Satisfaction guaranteed!
Category

H 1 in. W 1 in. D 1 in.
Wave Edge by Tiffany & Co Sterling Silver Place Soup Spoon Antique
By Tiffany & Co.
Located in Big Bend, WI
Sterling silver place soup spoon, 7" in the pattern wave edge by Tiffany & Co. It is monogrammed (although not showing in stock photo; monos vary) and is in excellent condition. ...
Category

H 1 in. W 1 in. D 1 in.
Wave Edge by Tiffany & Co. Sterling Silver Fish Knife Wavy AS
By Tiffany & Co.
Located in Big Bend, WI
Sterling silver fish Knife wavy all sterling 7 1/2" in the pattern wave edge by Tiffany & Co.. It is monogrammed (monos vary) and is in excellent condition. 100% satisfaction gu...
Category

H 1 in. W 1 in. D 1 in.
Wave Edge by Tiffany & Co Sterling Silver Ice Cream Server Antique
By Tiffany & Co.
Located in Big Bend, WI
Sterling silver ice cream server 11 1/8" in the pattern wave edge by Tiffany & Co. This piece features a stunning marine motif that flows down the handle and into the beautifully scu...
Category

H 1 in. W 1 in. D 1 in.
Wave Edge by Tiffany & Co Sterling Silver Pastry Fork 4-Tine Antique
By Tiffany & Co.
Located in Big Bend, WI
Sterling silver pastry fork, 4-tine 6 1/4" in the pattern wave edge by Tiffany & Co. It is not monogrammed and is in excellent condition. 100% satisfaction guaranteed!
Category

At 1stDibs, there are many versions of the ideal tiffany wave edge for your home. Frequently made of metal, silver and sterling silver, every tiffany wave edge was constructed with great care. Your living room may not be complete without a tiffany wave edge — find older editions for sale from the 19th Century and newer versions made as recently as the 20th Century. Each tiffany wave edge bearing Victorian or Mid-Century Modern hallmarks is very popular.

How Much is a Tiffany Wave Edge?

Prices for a tiffany wave edge can differ depending upon size, time period and other attributes — at 1stDibs, they begin at $59 and can go as high as $19,500, while the average can fetch as much as $209.