Andrews grew up in a family of sharecroppers in rural Georgia, his creativity nurtured by his father, who was a self-taught artist, and his mother, who believed in the importance of education. He was the first in his family to complete high school and attended Fort Valley State College on a 4-H Club scholarship. Andrews was limited by the lack of art courses available to him at Fort Valley, and in 1950 he enlisted in the Air Force and served in the Korean War. On the G.I. Bill, he studied at the School of the Art Institute of Chicago (SAIC). While fellow students focused on Abstract Expressionism, Andrews developed his own expressive style; one of his earliest portraits was of the janitors at SAIC. After he graduated in 1958, he moved to New York. ​​Andrews’s first solo show was in 1960 at Paul Kessler Gallery in Provincetown, Massachusetts.

Visibility and social justice were at the forefront of Benny Andrews’s paintings, which meditated on scenes of daily life, drawing on memories of the artist’s childhood in the South. His subjects included his family members as well as other artists, such as Alice Neel, Norman Lewis and Howardena Pindell.

A longtime educator, including for three decades at New York’s Queens College, Andrews avidly promoted opportunities for Black artists, such as cofounding with Clifford R. Joseph the Black Emergency Cultural Coalition in 1969, which advocated for inclusion in museum exhibitions. One of his final works —completed between 2004 and 2006 — was the Migrant Series in which he retraced the forced relocation of Indigenous people on the Trail of Tears, the Dust Bowl migration and the displacement of Hurricane Katrina survivors.

Andrews’s work has continued to garner acclaim after his death in 2006, with posthumous exhibitions including “Benny Andrews: Portraits, a Real Person Before the Eyes” at Michael Rosenfeld Gallery in New York in 2020. 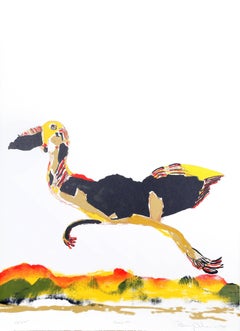 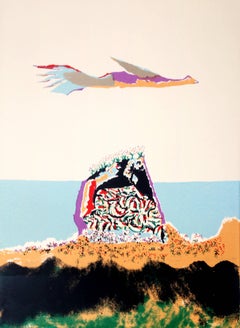 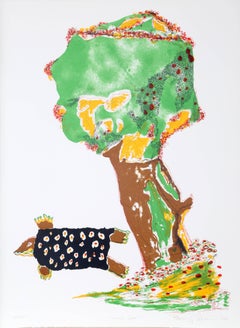 How it all Began from the "After Noon" Portfolio
By Richard Lindner
Located in Long Island City, NY
Category

Richard Lindner
How it all Began from the "After Noon" Portfolio, 1969

Sandu Liberman
Horse in Field, circa 1970

Raymond Saunders
Duck out of Water, 1975

Previously Available Items
"The Reaper" Abstract Assemblage Figurative Painting
By Benny Andrews
Located in Houston, TX
Painting of an African American woman with short hair standing next to an abstract tree by southern artist Benny Andrews in 1975. Signed and dated in lower right corner. Hung in a de...
Category