Charles Camoin was a French Expressionist landscape painter associated with the Fauves. He painted a portrait of Matisse, which is in the permanent collection of the Pompidou Museum in Paris. Born in Marseille, France, on September 23, 1879, Camoin met Henri Matisse in Gustave Moreau's class at the École des Beaux-Arts in Paris. Matisse and his friends, including Camoin, Henri Manguin, Albert Marquet, Georges Rouault, André Derain and Maurice de Vlaminck, formed the original group of artists labeled the Fauves for their wild, Expressionist-like use of color. Camoin always remained close to Matisse. Camoin's works have been widely shown in France and are in such major collections as the Musée d'Art Moderne de la Ville de Paris in addition to the Centre Georges Pompidou and many of the French regional museums. In 1955, he was awarded the Prix du President de la Republique at the Biennale of Menton. He died in Paris on May 20, 1965.

Charles Camoin
Portrait of Woman in Pearl Necklace, circa 1920s

Mas en Provence - 20th Century Pastel, Tree in Landscape by Charles Camoin
By Charles Camoin
Located in Marlow, Buckinghamshire
Pastel on paper circa 1940 by Charles Camoin depicting a Provencial landscape with the tree to right and a cottage behind set in fields. There are further ink studies on the reverse ...
Category

Dix Estampes Originales Présentées par Jean Alazard - by Charles Camoin - 1946
By Charles Camoin
Located in Roma, IT
Vol. in-4° in separate sheets, including 10 original prints out of text of which: 7 lithographs 6 of which in colours and 3 dry-points. Edition of 100 copies on vélin, numbered and s...
Category 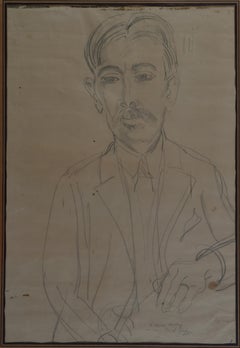 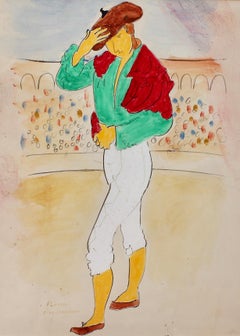 Sailors in Marseille, circa 1960s

Sailors in the Port of Nice
Located in London, GB
Category

Alfred Salvignol
Sailors in the Port of Nice, circa 1950s

Pierre Gaillardot
The Cyclists, circa 1960s 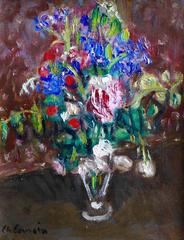 H 22.64 in. W 30.52 in.
Moulin Rouge
By Charles Camoin
Located in New Orleans, LA
The French painter Charles Camoin captured the legendary Moulin Rouge in this bold oil on canvas. An artist associated with the Fauves, Camoin primarily worked in the south of France...
Category