H 33 in. W 26.5 in.
ROSE DANCER (SCULPTURE)
By Erté
Located in Aventura, FL
Bronze sculpture.. Incised artist signature; stamp numbered with foundry and date. Edition: Of 375. Certificate of Authenticity is included. Artwork is in excellent condition. All...
Category

H 25.5 in. W 7.5 in. D 7 in.
The Letter P from the Alphabet Suite
By Erté
Located in Long Island City, NY
Art Deco screenprint from Erte's famous "Alphabet Suite". The P is shaped by a nude woman with long flowing auburn hair. Artist: Erte Title: The Letter P Portfolio: The Alphabet S...
Category

Erté
The Letter P from the Alphabet Suite, 1976

H 31.75 in. W 23.5 in.
La Merveilleuse - Porcelain Collector Plate - 1990
By Erté
Located in Roma, IT
La Merveilleuse Plate is an original decorative limited edition porcelain plate realized in the 1990s. This very rare plate was produced for House Of Ertè in fine porcelain. The pl...
Category

H 18 in. W 24 in.
ASTRA (SCULPTURE)
By Erté
Located in Aventura, FL
Incised signature by the artist and stamp numbered with foundry and date. Additional images are available upon request. Certificate of Authenticity is included. Please do not hesitat...
Category 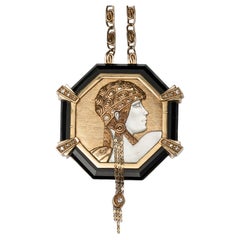 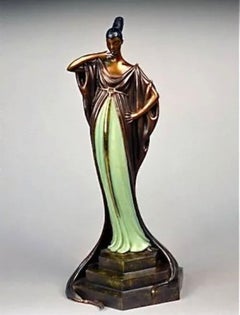 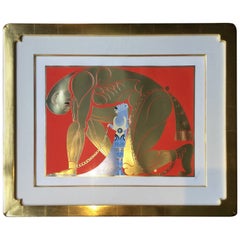 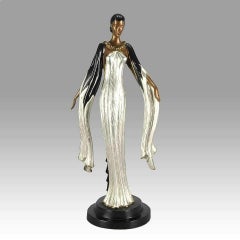 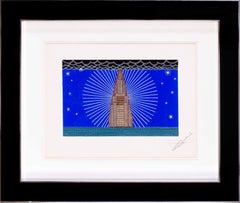 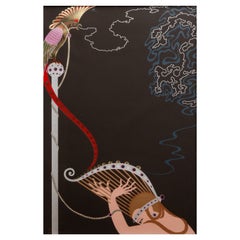 Erté art for sale on 1stDibs

Find wide variety of authentic Erté art available for sale on 1stDibs. If you are looking for art to add a pop of color to a neutral corner of your living room or bedroom, you can find work that includes elements of purple, orange, blue and other colors. You can also browse by medium to find art by Erté in screen print, paint, watercolor and more. Much of the original work by this artist or collective was created during the 20th Century and is mostly associated with the Art Deco style. Not every interior allows for large Erté art, so small editions measuring 3 inches across are available. Customers who are interested in this artist might also find the work of Pierre Fix-Masseau, Giancarlo Impiglia and Robin Morris. On 1stDibs, the price for these items starts at $75 and tops out at $30,000, while the average work can sell for $3,063..