Fellow street artist Alec Monopoly has said that he considers Mr. Brainwash a mentor. He is perhaps best known for his role in Banksy’s documentary Exit Through the Gift Shop (2010), which features Mr. Brainwash’s rise to success in the street art scene. Much like Keith Haring, Jean-Michel Basquiat and Andy Warhol, Mr. Brainwash's popularity in Pop art happened almost overnight after the premiere of the film, in which he remarks, “Banksy captured me becoming an artist. In the end, I became his biggest work of art.”

H 30 in. W 22.5 in.
Flowarh$, 2021, Mr. Brainwash, Tribute to Andy Warhol, Contemporary Street Art
By Mr. Brainwash
Located in Atlanta, GA
Flowarh$, Archival Paper with dimensions of 24 x 24 in. 6-color screenprint Edition of 93 Signed and thumb printed by the Artist Pop art would not exist without the iconic Andy War...
Category 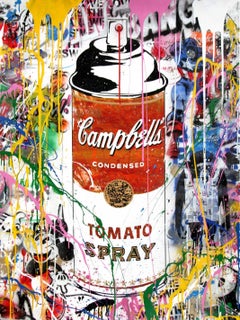 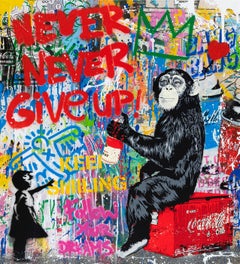 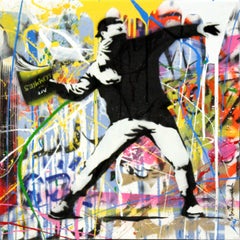 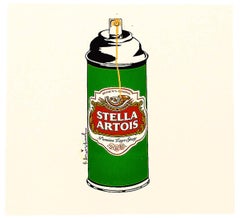 1stDibs offers a wide variety of authentic Mr. Brainwash art for sale. If you're looking for art to add a pop of color to a neutral corner of your living room or bedroom, you can find work that includes elements of red, blue, orange and other colors. You can also browse by medium to find art by Mr. Brainwash in mixed media, paper, screen print, and more. Much of this artist's original work was created during the 21st Century and Contemporary, and is mostly associated with the street art style. Not every interior allows for large Mr. Brainwash art, so small editions measuring 13.5 inches across are available. Those interested in this artist might also find the work of Mr Brainwash, Christophe Stouvenel and Shepard Fairey. The price for these items starts at $1,250 and tops out at $35,000, while the average work can sell for $3,995.
Questions About Mr. Brainwash