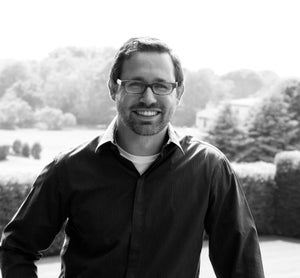 Gideon Mendelson founded Mendelson Group in 2003, but it seemed his life was always on a trajectory toward interior design. His mother ran her own interior design company in Scarsdale, NY. He grew up drawing, talking about color, form and proportion; analyzing interiors magazines with his mother and traveling and visiting museums.

He went on to graduate from Columbia University with a degree in architecture and a minor in film studies. His architectural training has determined the way he approaches projects, by starting with function and circulation rather than rugs or fabrics. He credits his experience in film studies with his focus on composition, mood and drama.

Today, Mendelson Group’s philosophy is built around Gideon's belief that great design can relieve stress, inspire conversation and help clients create memories. Beyond great design, Gideon is known for his down-to-earth personality, an organized, clear-headed approach to work, and putting clients at ease by letting them know exactly what to expect and when.

Mendelson Group has been involved in the architecture and interior design of projects across Manhattan, Westchester County, Miami and the Hamptons. The firm’s work has been featured in numerous publications including Architectural Digest, The Wall Street Journal, Coastal Living, House Beautiful, New York Cottages and Gardens, Lonny, Luxe Interiors + Design, Modern Sanctuary, The New York Times and My Domaine.

A Brooklyn Prewar Is a Designing Mother and Son's Last Collaboration
Color Theory
Before and After: Gideon Mendelson